since 2006 brazilian NGO (non-governmental organization) instituto pró-livro has been dedicated to increasing literacy levels in brazil. the country, particularly amongst young impoverished children, has significantly lower proficiency levels and reading habits when compared to the average of industrialized and developing countries. on the occasion of international book day this year — april 23rd — the organization attempted a different approach. 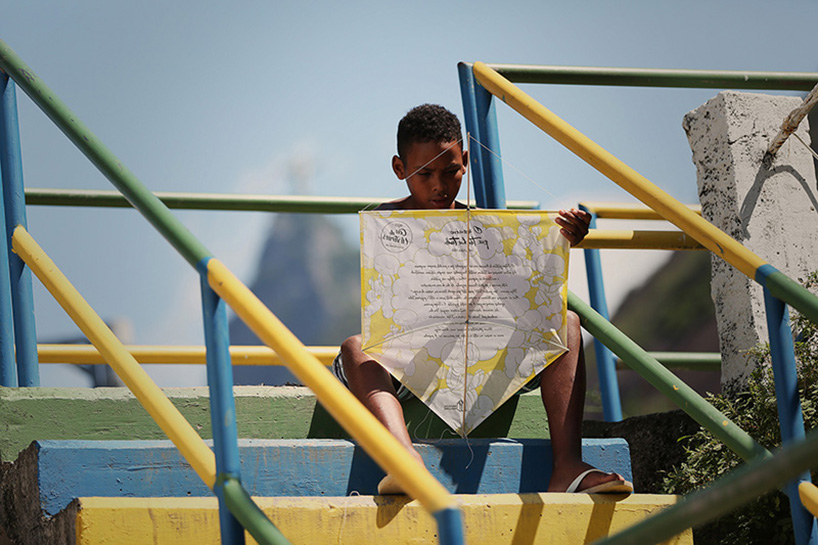 a boy reads his kite

the world over, children are more apt to respond to learning in a way that’s fun and immersive. so, pró-livro decided to find a way to use the favorite local pastime of flying kites. after gathering stories and illustrations from famous brazilian writers like ziraldo, pedro bandeira, ana maria machado and more, a fleet of 500 kites were passed on to the santa marta community of rio de janeiro. ‘stories in the sky’ was a resounding success, and kites could be seen zigging and zagging in the blue sky above.

of course, kids will be kids and before long leisurely flying transformed into aerial dueling. kite ‘fights’ commenced, as individuals used borderline jet-pilot maneuvering to attempt to cut the strings of opponents’ kites. but with every lost battle, another child won as the tales fell from the air into eagerly-waiting hands below. after reading their story, and with the addition of some more string, the objects caught the wind and zoomed into the atmosphere once again. for more information on the project, please click here. 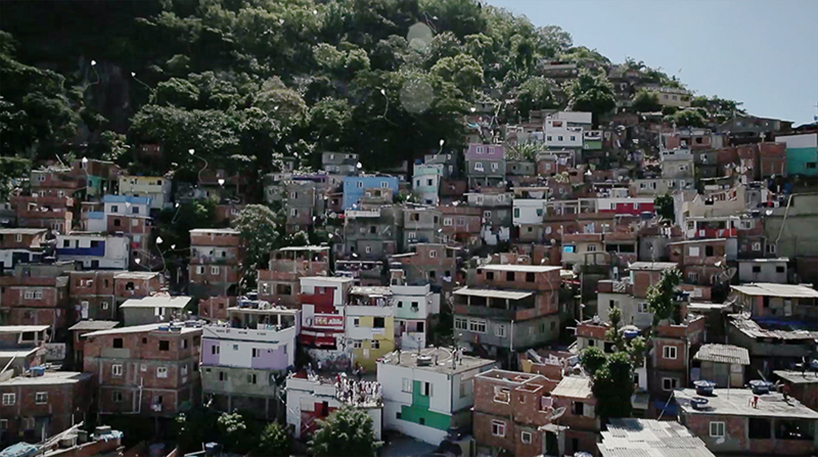 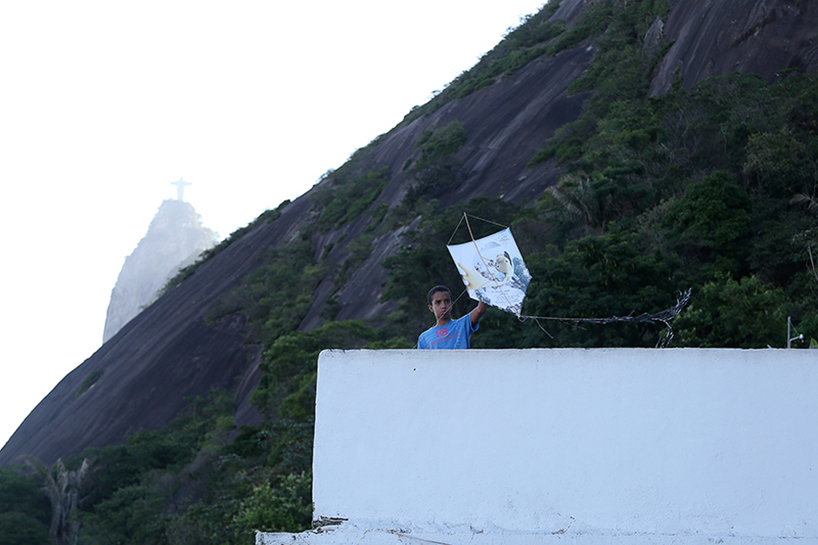 a child prepares to launch a kite 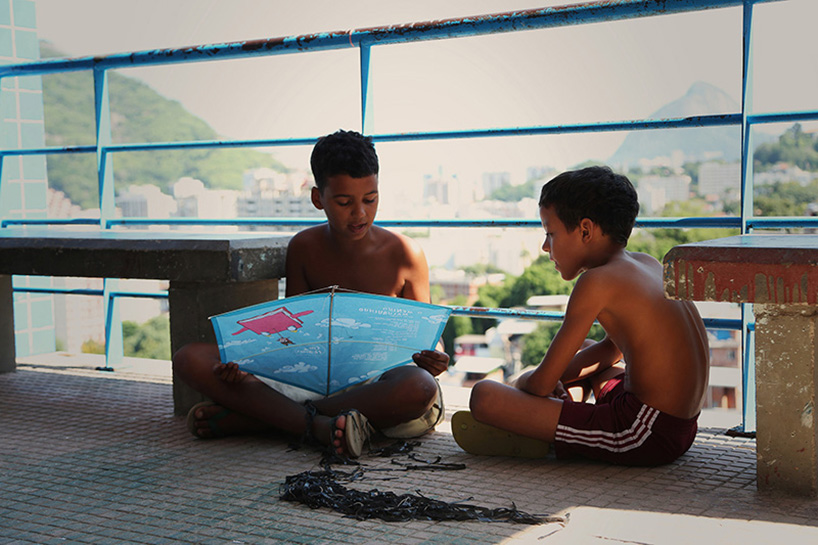 reading to each other 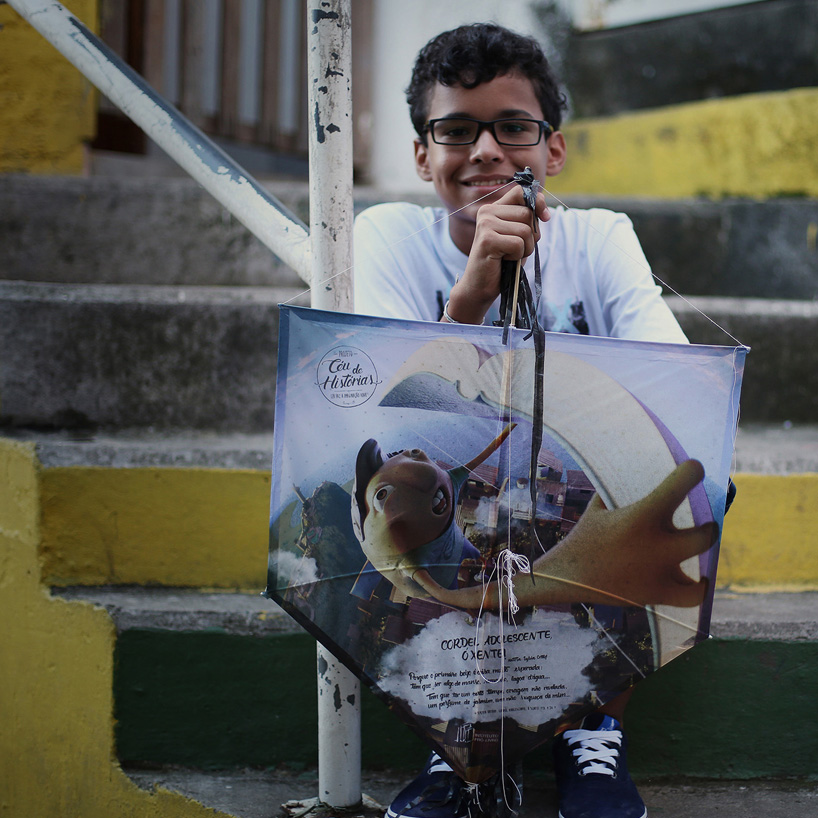 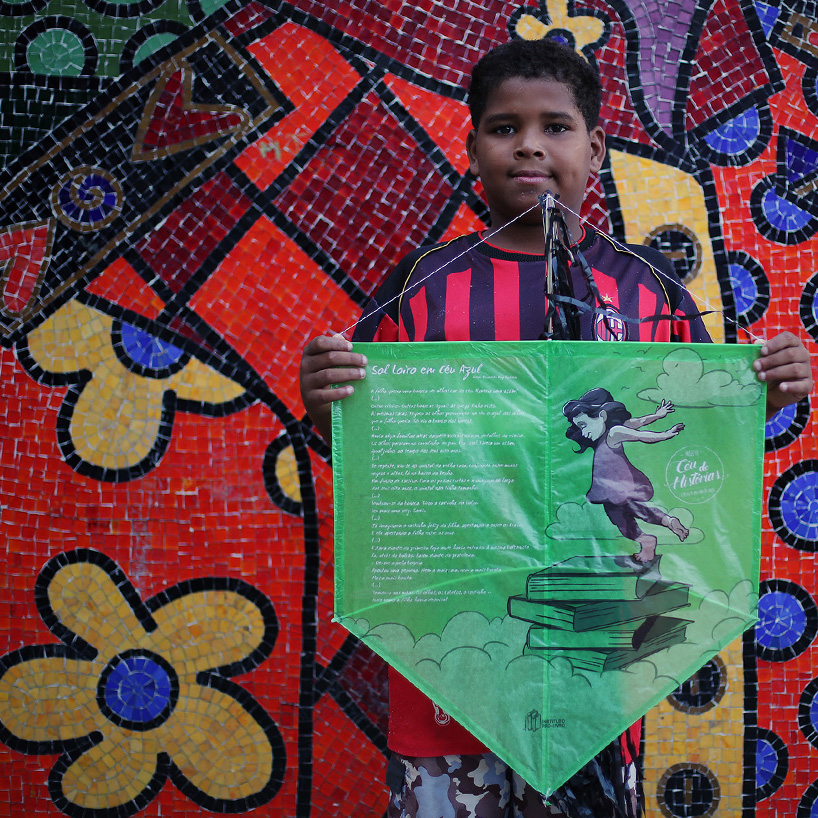 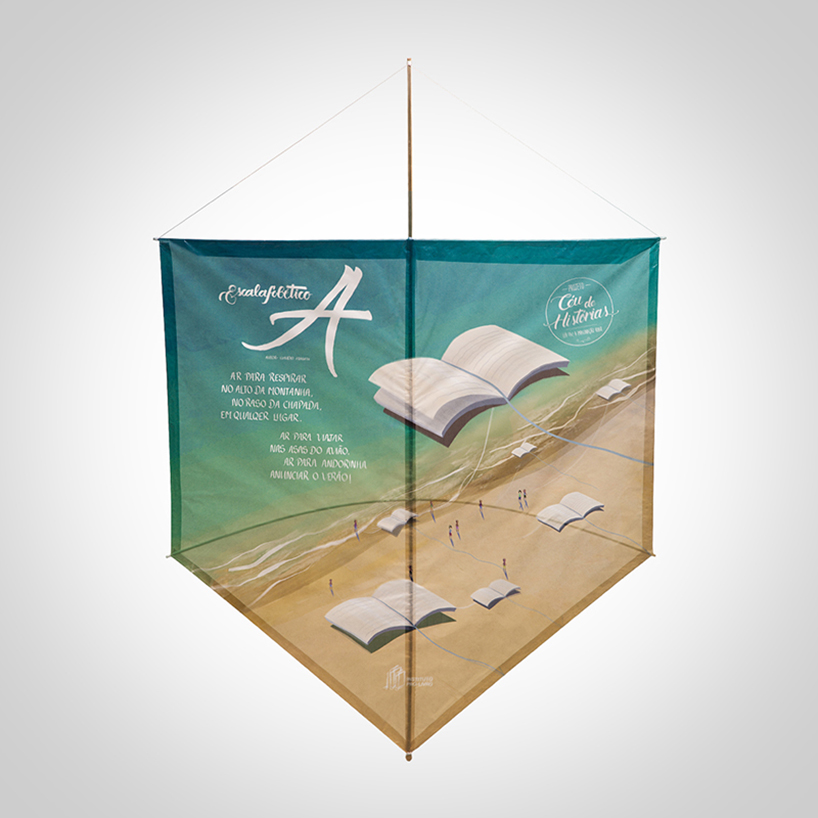 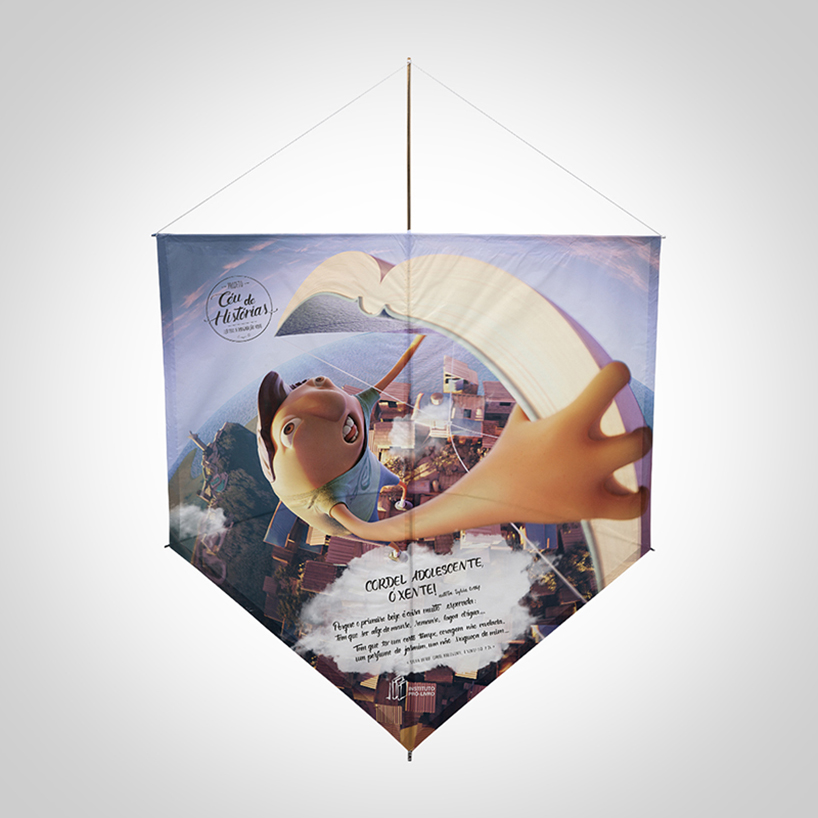 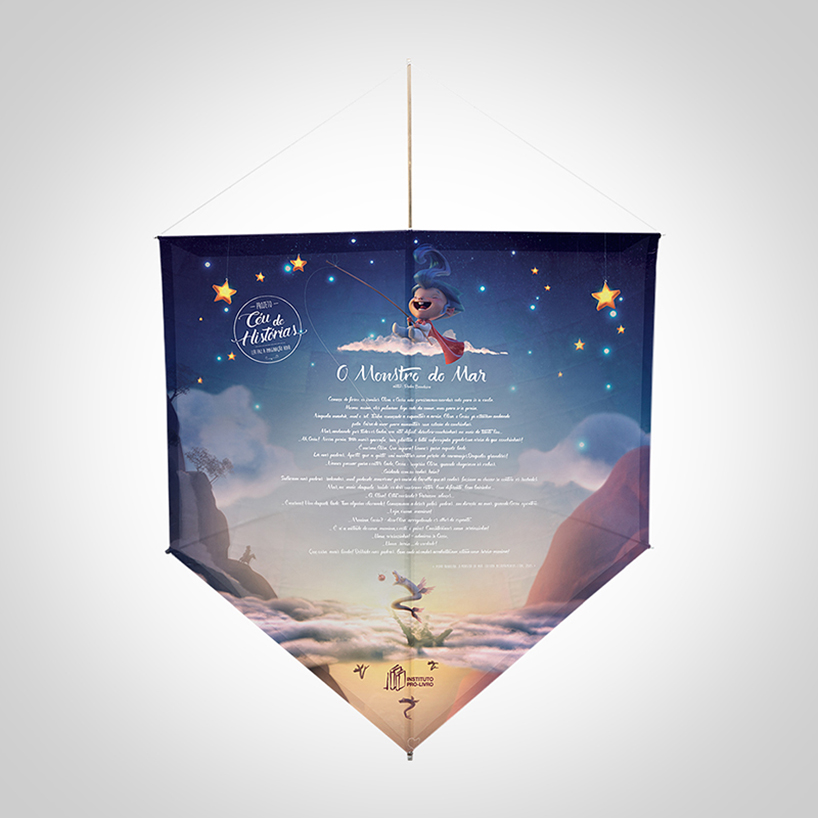 the project began on the occasion of international book day, april 23rd 2015 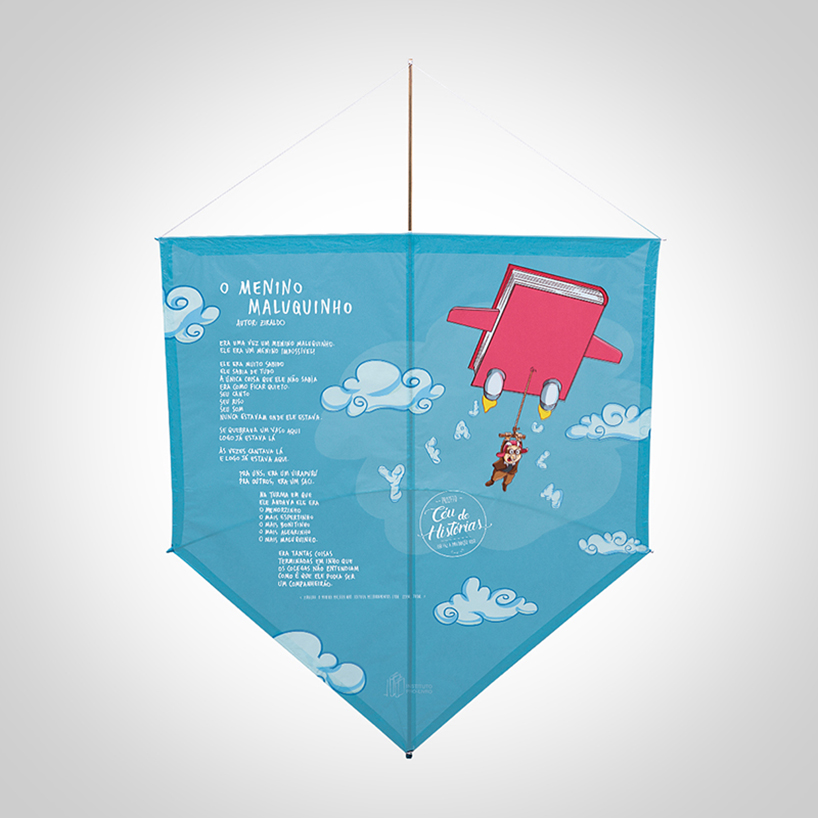 kite with tale from author ziraldo 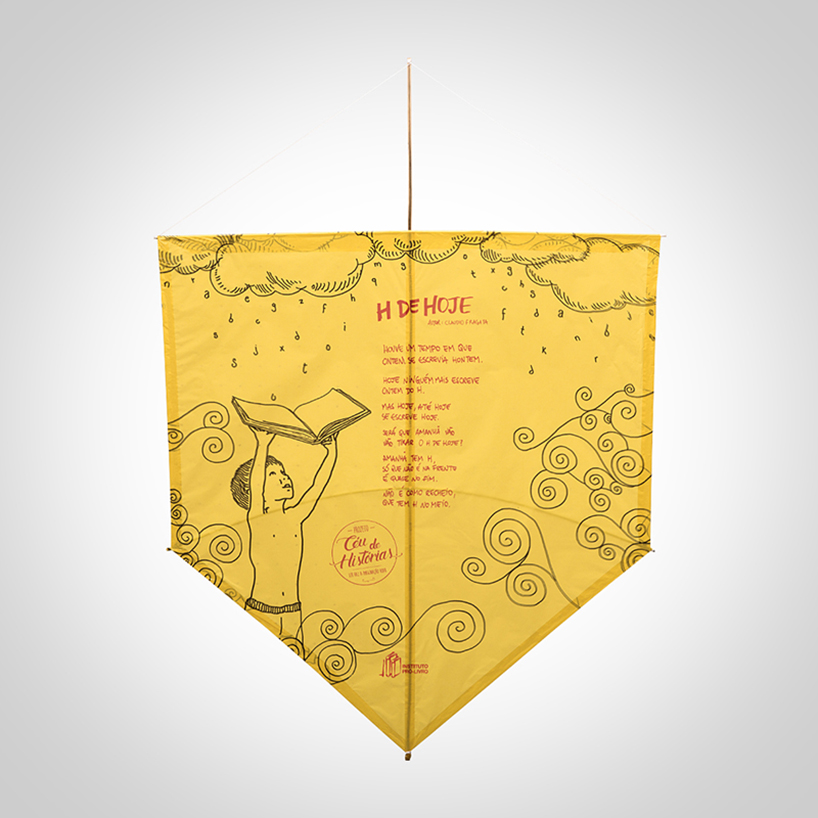 eleven illustrations were specially designed for the project 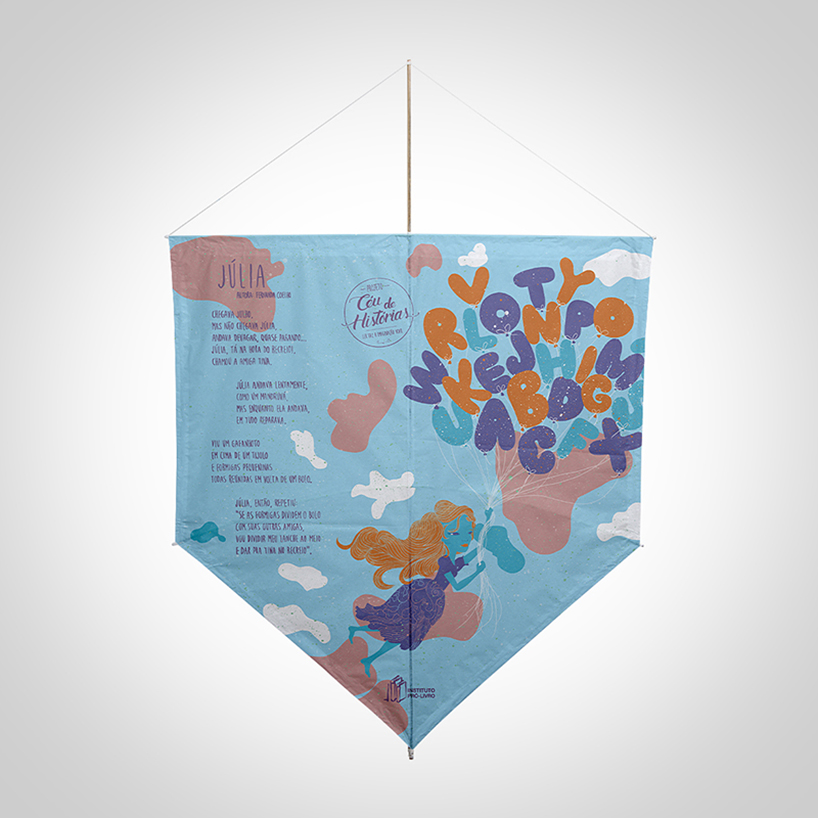 when a string is cut in a kite battle, the story drifts to another child below 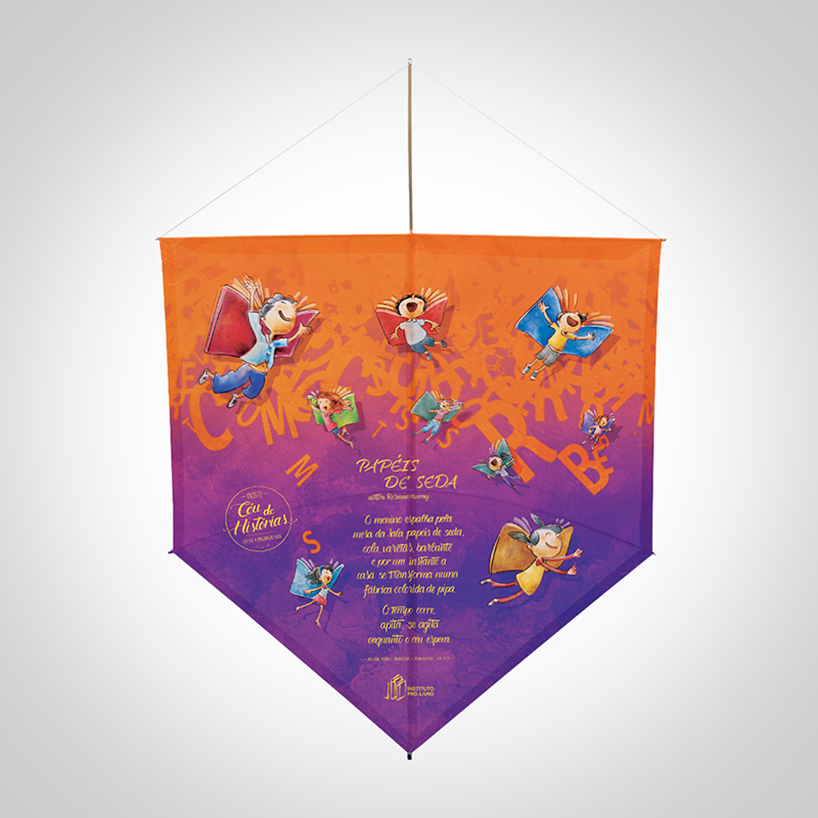