a group of street artists have reimagined two otherwise unspectacular walls of a russian modernist building to appear as architectural-scale optical illusions. these frescos give the buildings a brutalist effect, with geometric shapes appearing to be slabs of concrete emanating from the façades. even as you move from one perspective to another, a veil of realism persists. viewers rediscover the architecture they have grown accustomed to and are forced to examine the building in new light — until the hand discovers that the eye has been cheated. 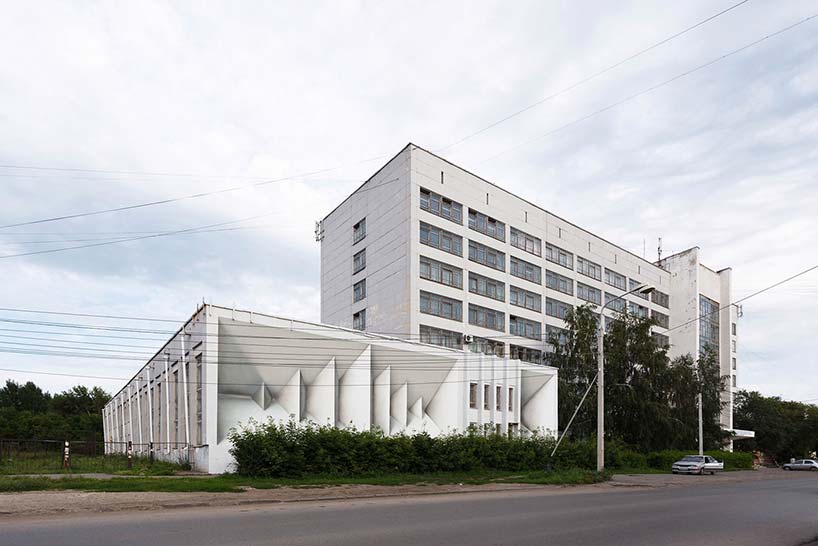 all images by maxim loskutov

the projects were completed as part of the stenograffia street art and graffiti festival in omsk, russia. the first illusion — which is on the street-facing side of the a story building — depicts two receding planes that meet at a horizontal center, while various triangular shapes are superset on top. the other design — which appears on a side street — is even more remarkable, seeming as if the walls zigzag between windows, and casting believable shadows in the various crevices along the way. 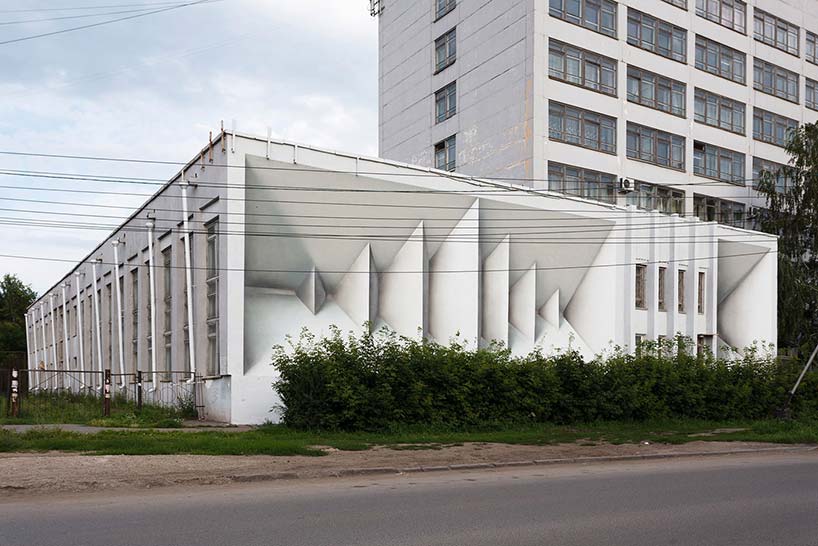 the optical illusions were carefully calculated with a computer. lines were drawn with a guided laser in the dead of night so they could be carefully traced by the painting crew — nighttime seems the most appropriate for such urban art interventions. this work can be described as trompe l’oeil, an artistic style that combines hyperrealism with perspective, which is applied to fool the viewer into believing that 2D elements are in fact 3-dimensional — it certainly had us fooled. 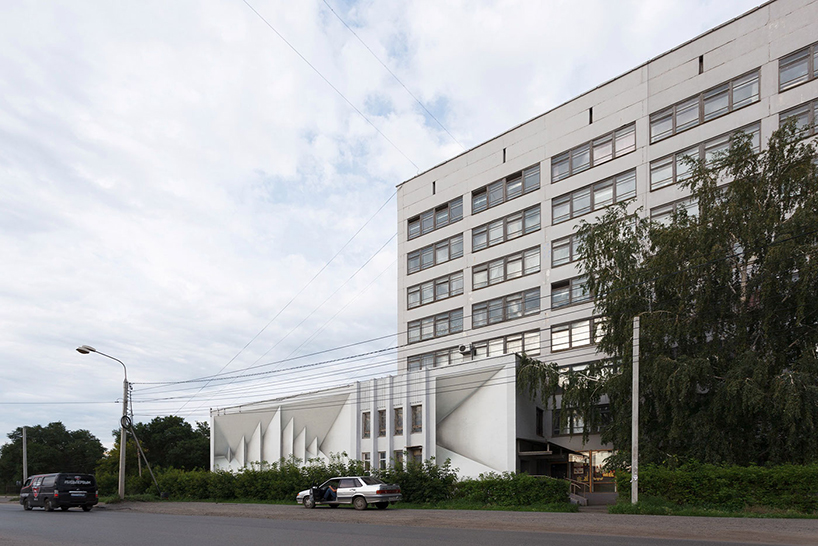 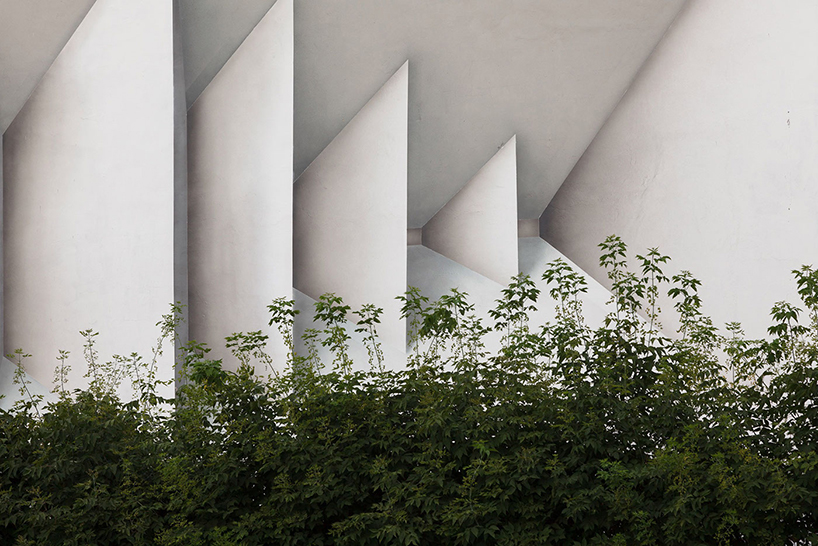 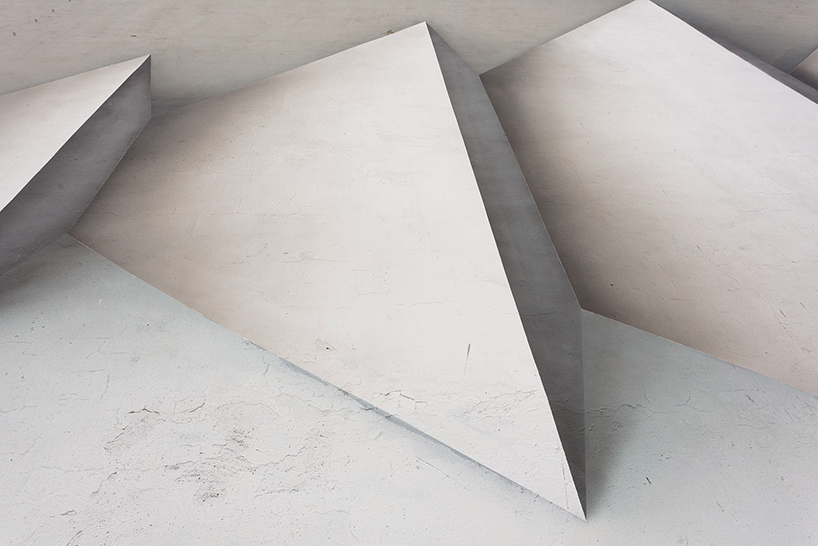 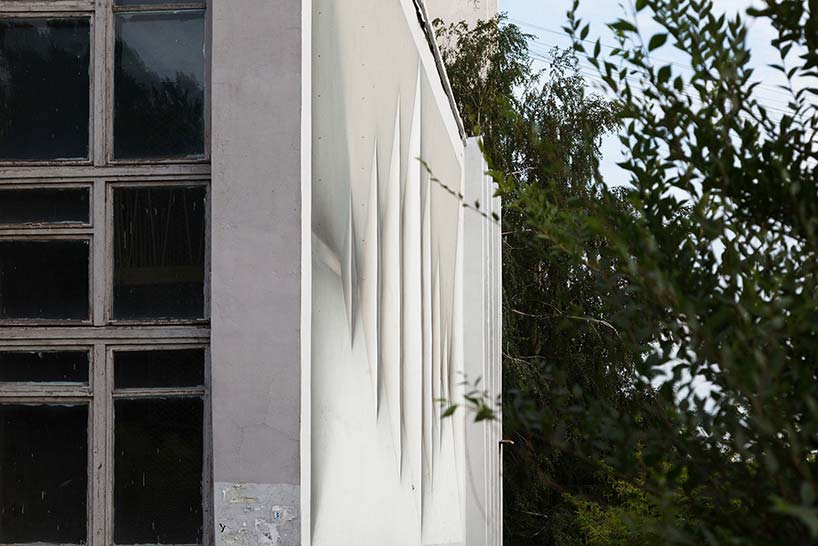 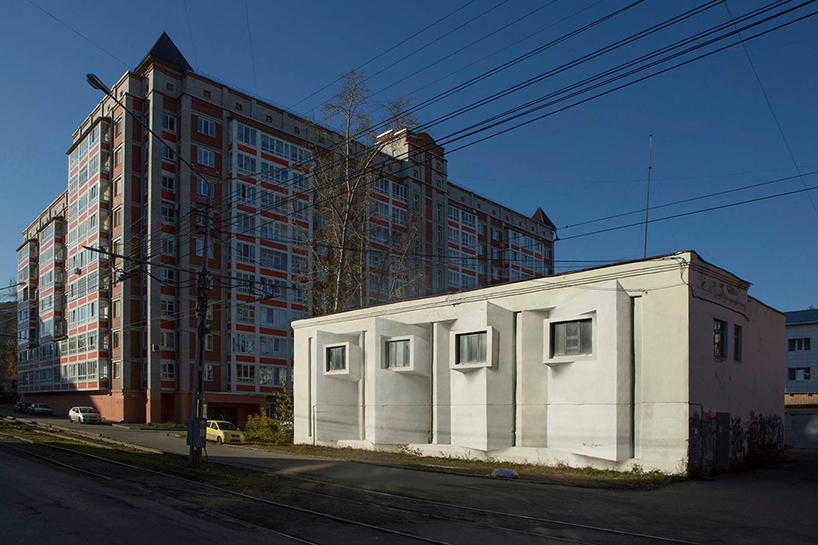 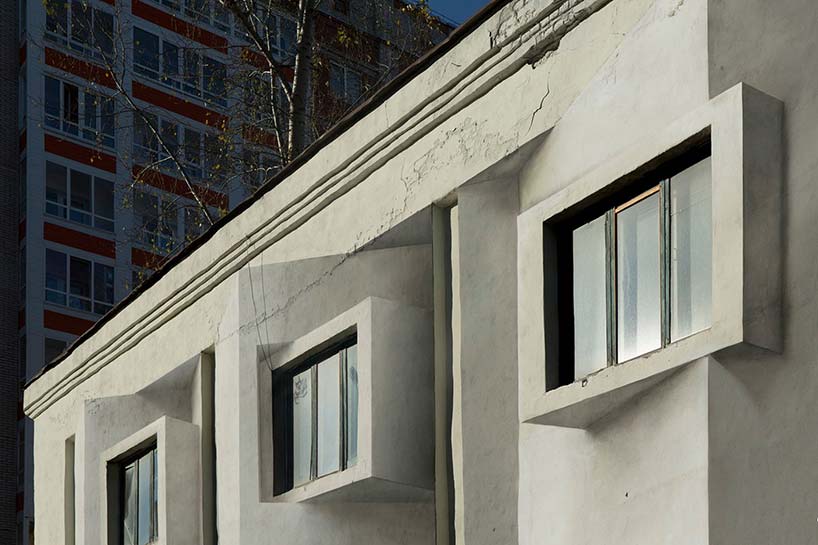 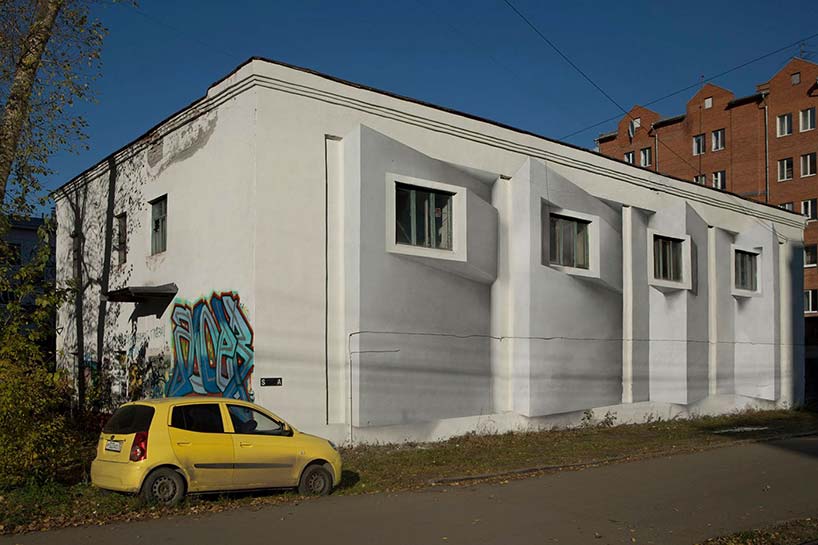 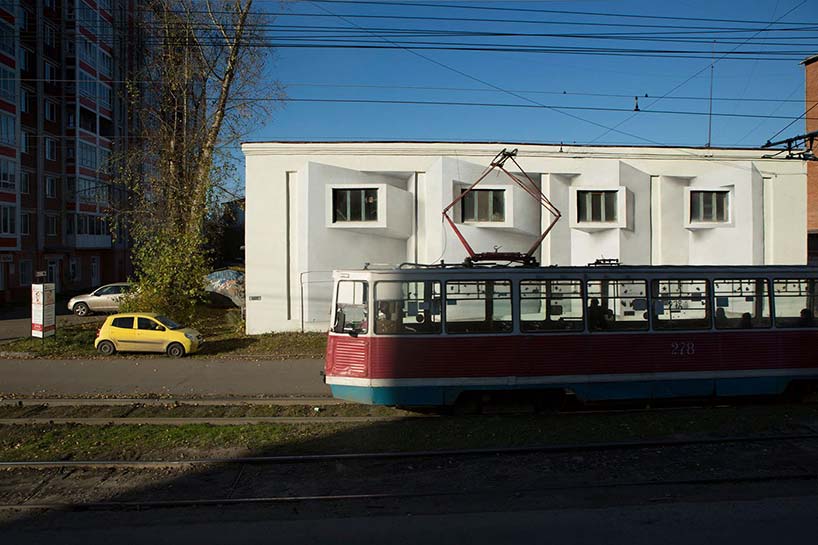 May 10, 2021
virgin mary. supermarkets. popcorn: miles aldridge on his cinematic and chromatic tableaus
designboom spoke with the british artist and photographer about his cinematic heroes, the magic of film photography, and slowing down the image making process.
art
153 shares
connections: +280

May 05, 2021
simon fujiwara presents who the bær at milan's fondazione prada
the mixed-media installation by simon fujiwara introduces who the bær, a cartoon character that inhabits a fictional universe.
art
410 shares
connections: 59