influenced by the dutch village of kinderdijk, where 18th century windmills dot the picturesque landscape, studio roosegaarde visualizes the beauty of green energy through its latest experimental installation. a team of designers and engineers, led by daan roosegaarde, have realized ‘windlicht‘ (windlight) at the eneco wind farm in st. annaland, zeeland. creating ‘the missing link between the dutch and the beauty of our new landscape’, the artwork comprises a sequence of bright green lines that connects one windmill to the next, filling the sky with a dynamic dance of light and movement. special software and tracking technology detects blades rotating at 280 kilometers per hour (174 mph), forming an ever-changing network of color and illumination that fills in the gaps between the neighboring turbines.

‘windlicht’ is supported by dutch landline and mobile telecommunications company KPN. this year, the compamy became climate neutral and has been exclusively using green energy generated in the netherlands since 2011. ‘the update that the artwork gives to the landscape, represents important values such as sustainability and connectedness,’ describes KPN CEO eelco blok. ‘because these two values are of great significance for KPN, we are committed to this artwork. with ‘windlicht’ we support the idea of roosegaarde that green energy is something to be proud of.’ 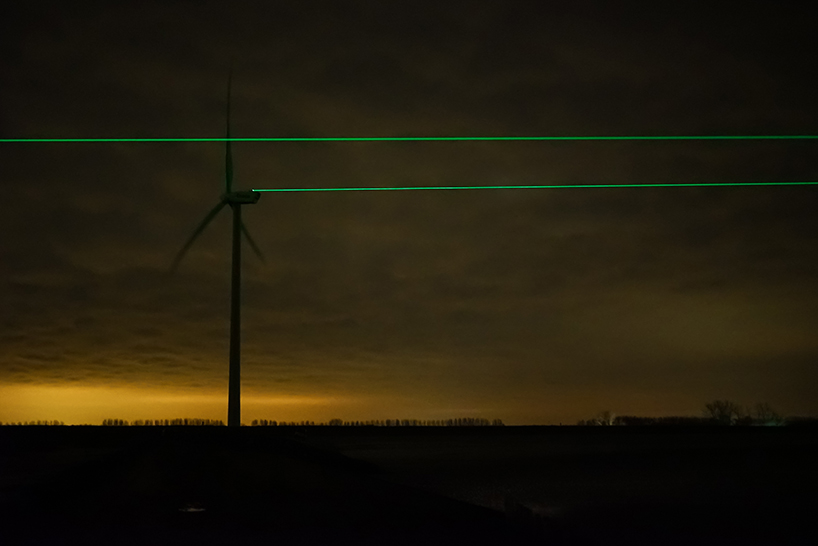 the artwork creates a missing link between the dutch people, and the inherent beauty of the landscape

through the installation, roosegaarde continues his creative endeavors to reconnect with the dutch landscape and create a positive and practical image of green energy. ‘windlicht’ can be experienced for free on march 18th and 19th from 20:00 to 23:00 at the eneco wind farm at st. annaland in zeeland. 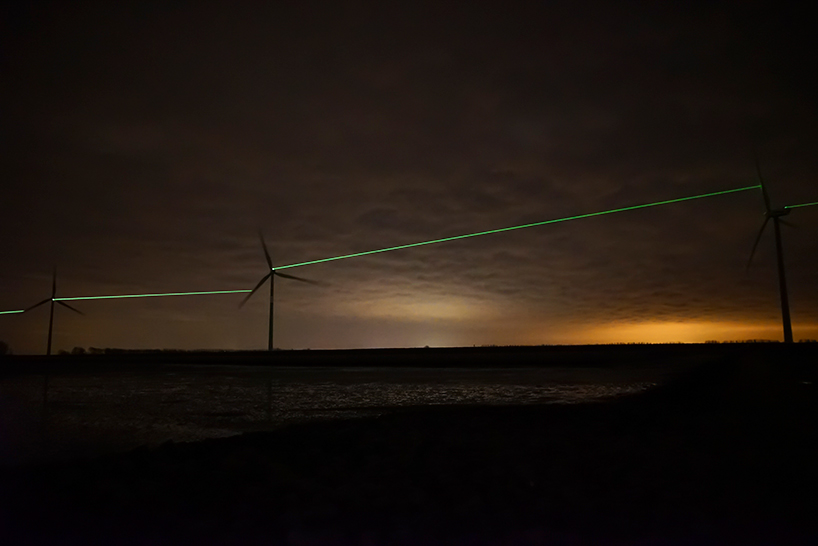 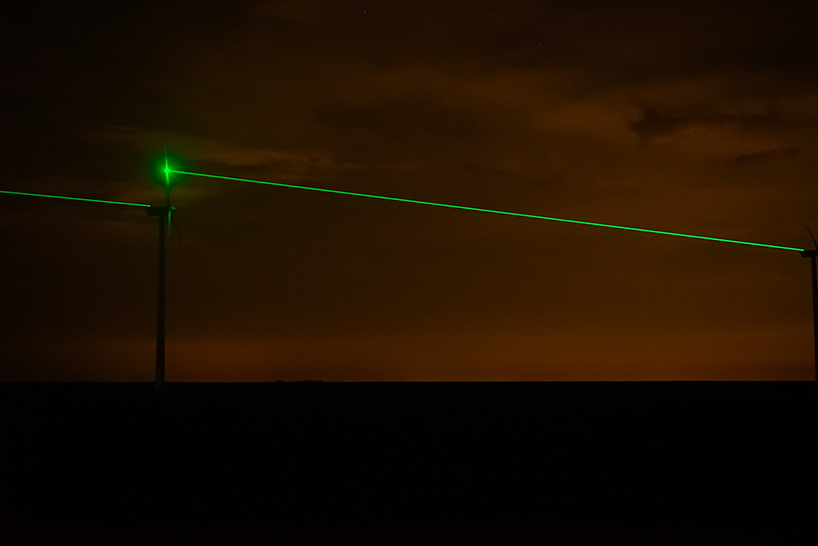 by night, the lights fill the sky with a dynamic dance of movement 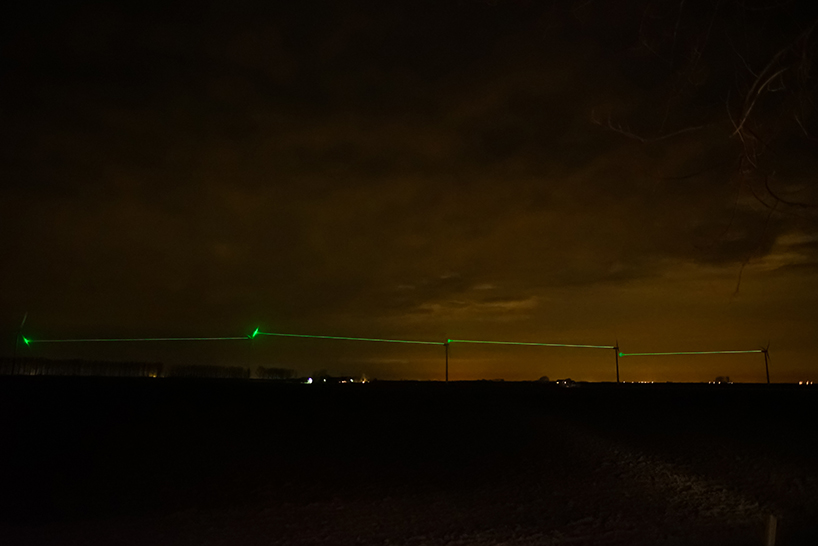 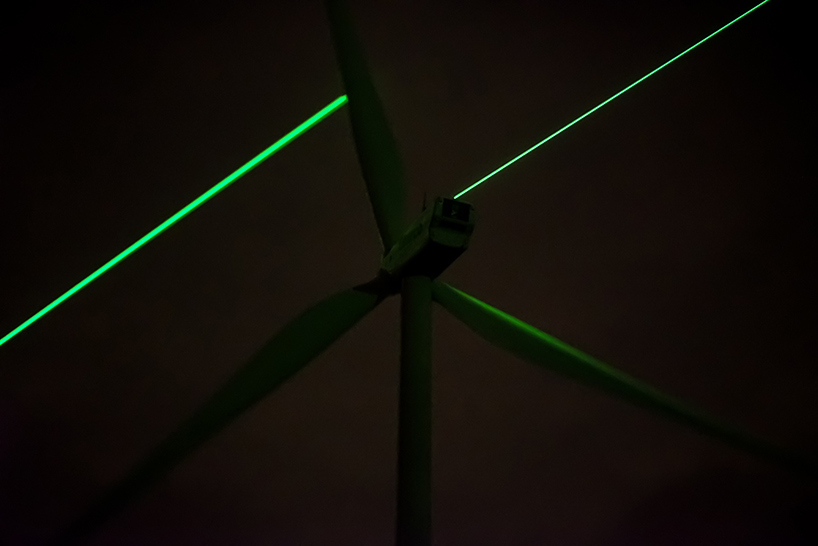 the installation forms an ever-changing network of color and illumination 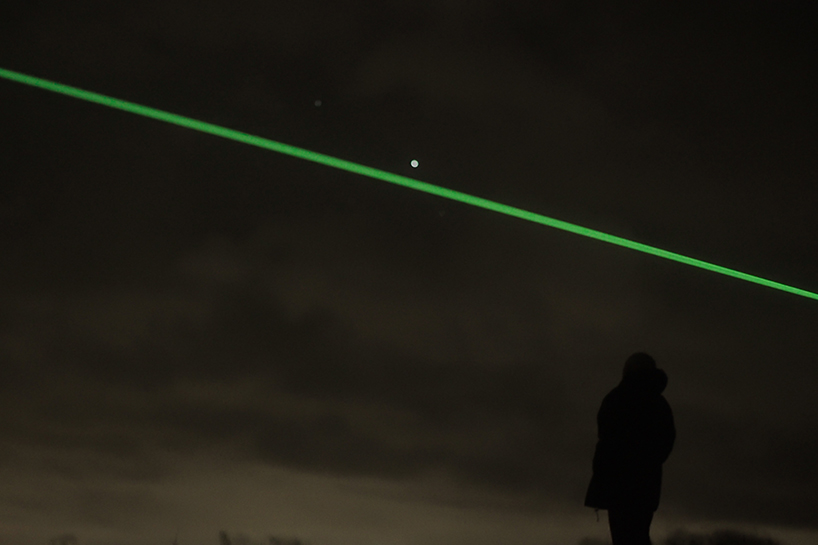 bright green lights fill in the gaps between neighboring turbines 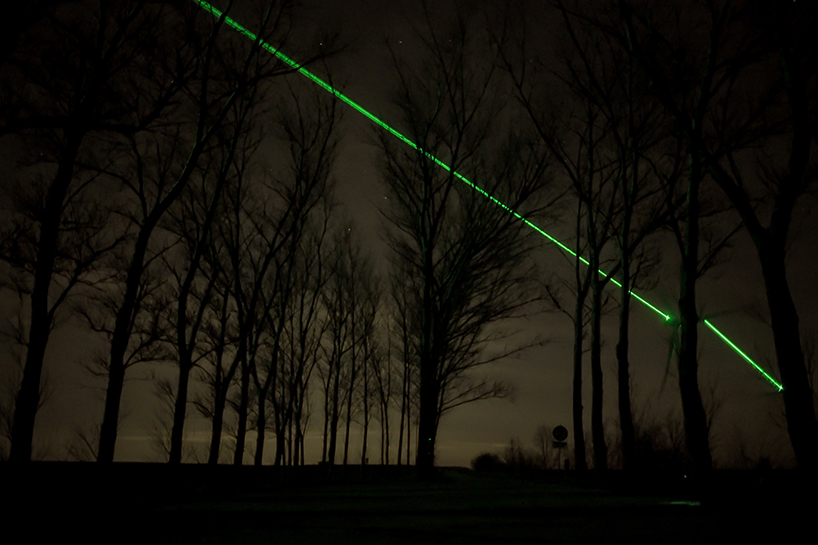 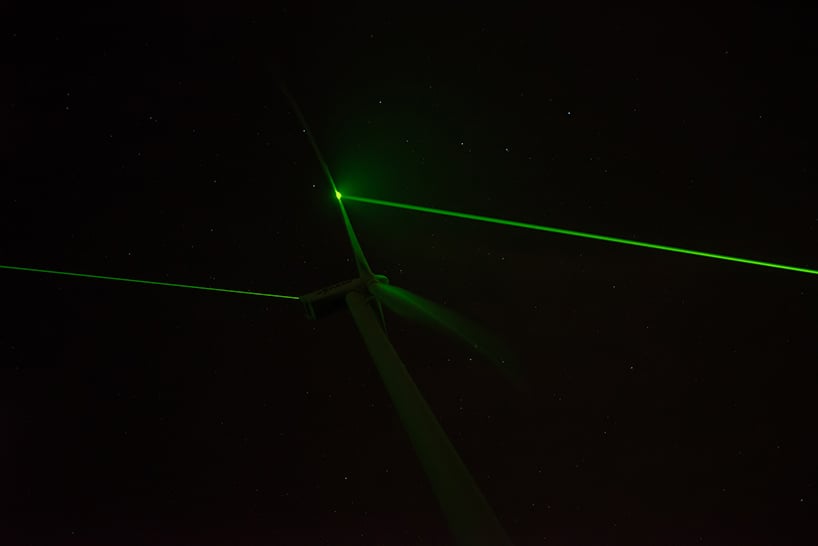 the blades are connected by lines of light as they spin 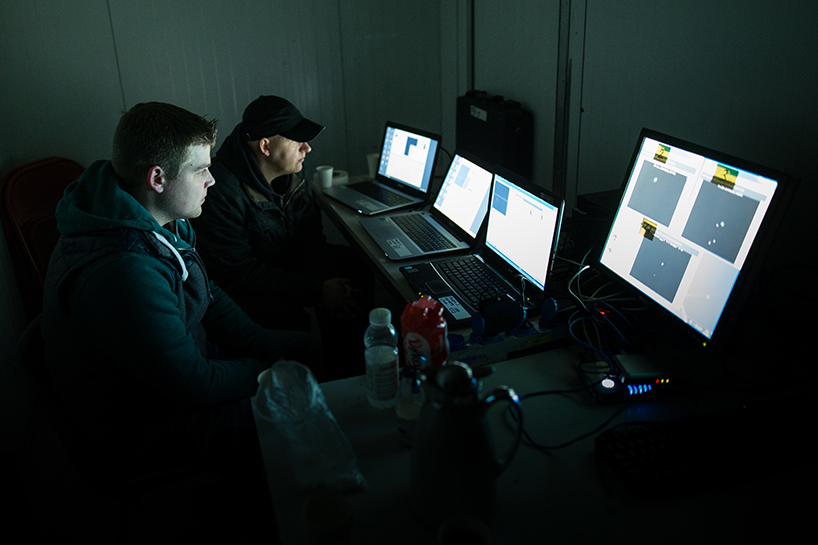 a team of designers and engineers work on ‘windlicht’ at the eneco wind farm in st. annaland