‘PARADISE’ by dutch company studio smack is a contemporary reinterpretation of the iconic painting ‘the garden of earthly delights,’ completed by artist hieronymus bosch sometime between 1490 and 1510. rendered in glorious 4K animation, the video (which is comprised of an endless loop of actions and arrangements) is based on the central panel of the famous triptych. 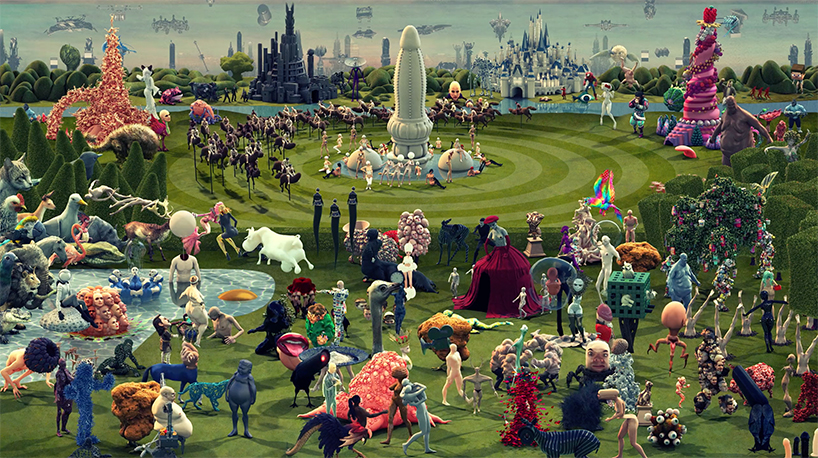 the original painting, created from oil and oak, has been read and interpreted in a variety of ways. some say it’s a moral warning of the dangers of succumbing to earthly pleasures, while other academics claim it to be a celebration of such activities. in approaching its reiteration of the work, studio smack cleared out the original landscape of the middle panel and digitally reconstructed it into a trippy 4K kaleidoscope of color. 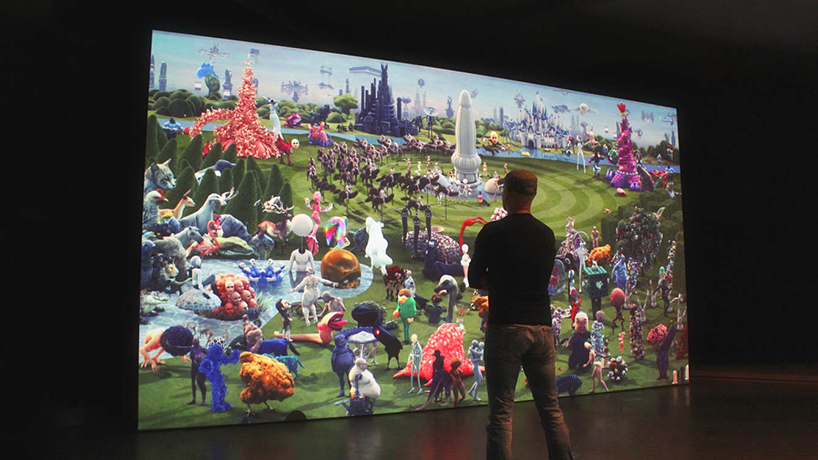 ‘the creatures that populate this indoor playground embody the excesses and desires of 21st century western civilization’, explains the studio. ‘consumerism, selfishness, escapism, the lure of eroticism, vanity and decadence. all characters are metaphors for our society where loners swarm their digital dream world. they are symbolic reflections of egos and an imagination of people as they see themselves – unlike bosch’s version, where all individuals more or less look the same.’

the animation was originally commissioned by the stedelijk museum breda for its exhibition ‘new delights’, a celebration of the painting’s 500 year anniversary. like its source material, PARADISE is like an all you can eat buffet for the eyes. levitating astronauts, three legged drooling heads, CCTV-headed crows, huge slithering mouth-snakes — there is an almost endless abundance of imagery on which to gorge. 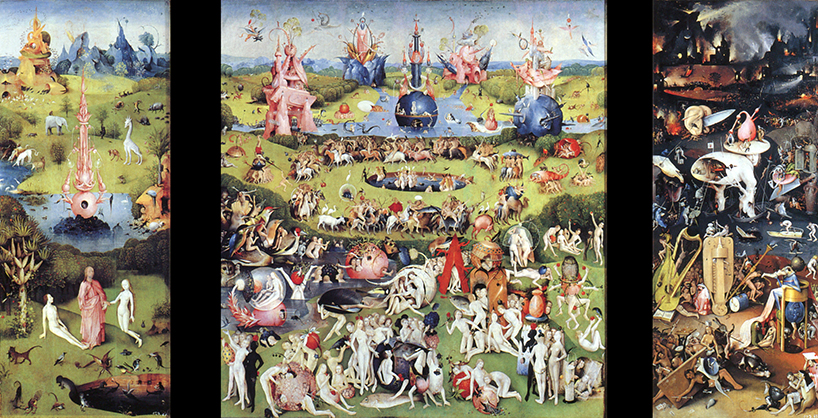 the original painting was completed sometime between 1490 and 1510