between 2001 and 2010, MTA new york city transit deployed 2,580 train cars to underwater locations off the eastern seaboard, from new jersey to georgia: 1,269 carbon steel redbirds, 1,311 stainless steel brightliners. trashing this much metal costs about 30 million dollars. for a fraction of that price, a reefing program saw the cars repurposed into artificial coral reef habitats. 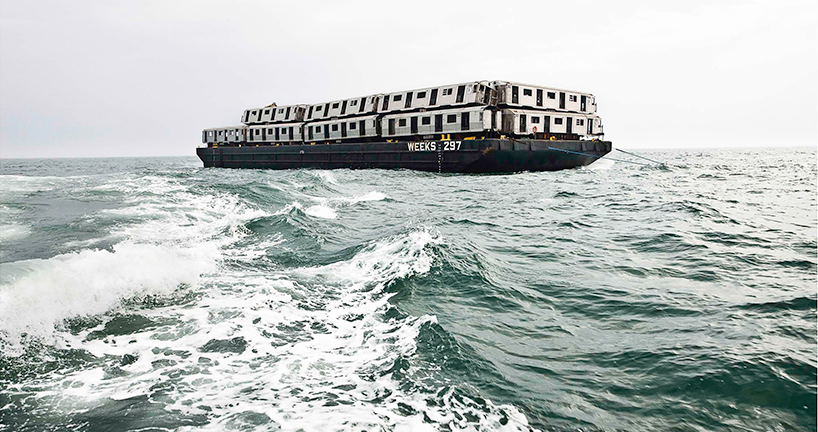 by 2008, photographer stephen mallon learned of the cars and for two years after, documented their journey. from massive metal transits to toys on cranes to sea-floor homes, mallon’s photographs tell the stories of these cars. opening march 20th at the new york transit museum’s grand central gallery, ‘sea train: subway reef photos by stephen mallon’ features nineteen large-format photographs, symbols of city life shrunken in scale against the vastness of the atlantic. 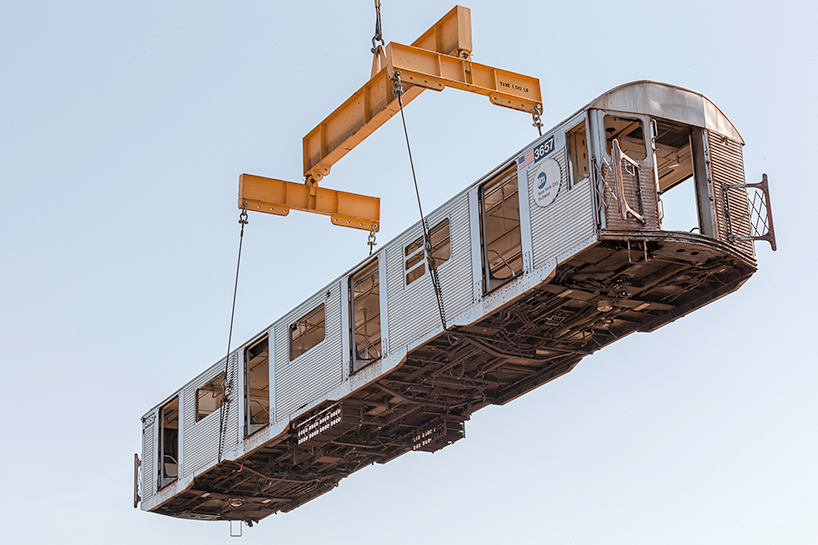 sea train: subway reef photos by stephen mallon is a free exhibit at new york transit museum’s gallery annex & store in grand central. every subway car has a story, many stories, too many to count and too low brow to comment on, but these cars, mallon reminds us, are capable of much more. in areas of the ocean floor that were once barren deserts, the cars created a flourishing new habitat for varied sea life. sea bass, tuna, mackerel, flounder, blue mussels, sponges, barnacle, and coral have new homes. 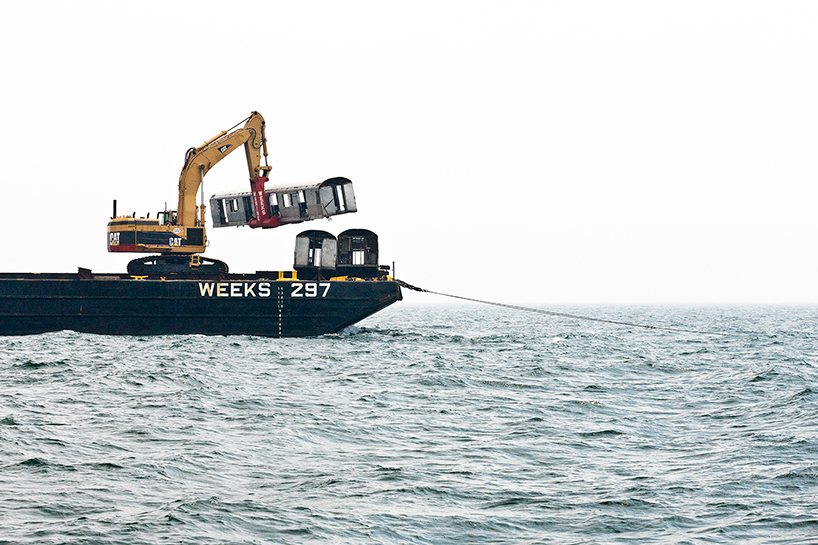 ‘stephen mallon sees these familiar subway cars and highlights the beauty of their design, the patina of their metal bodies, and the intricacies of their engineering,’ says amy hausmann, the museum’s senior curator and deputy director for collections and exhibitions. ‘his work is abstract in many instances, and it is only when we see these stripped-down machines juxtaposed against the sweep of the atlantic ccean that we understand he is celebrating both their past and their future as a new home to thriving marine life.’ 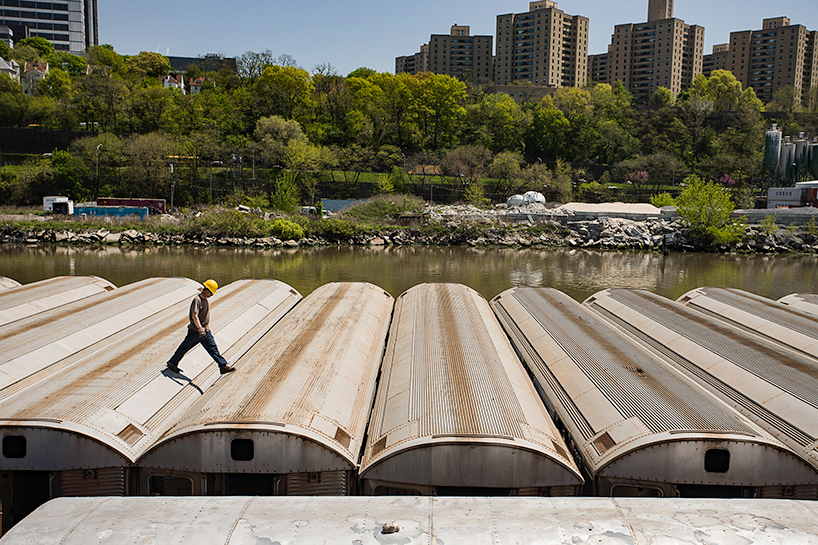 on earth day 2010 — after placing 2,580 obsolete subway cars on ocean reef sites — the subway reefing project came to a close. while the program proved cost-effective for decommissioning large fleets all at once, it may not be as efficient going forward given new york city transit’s current standard of decommissioning only a few cars at a time. 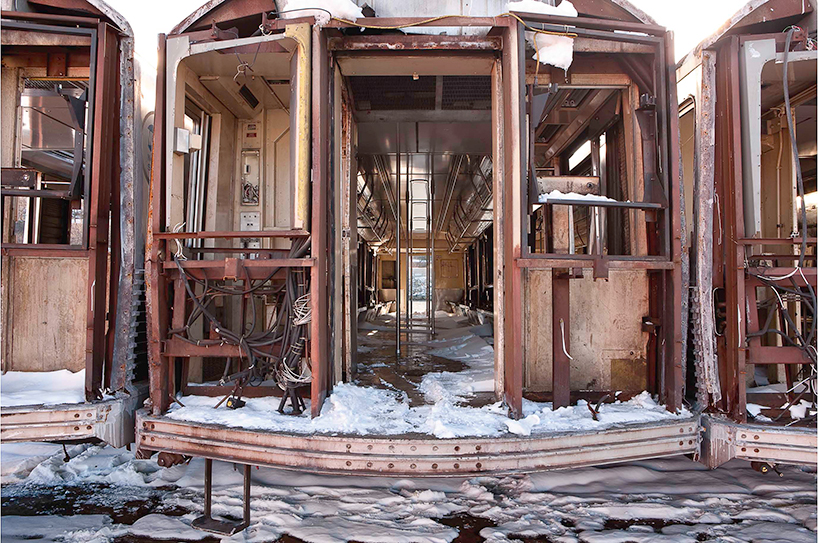 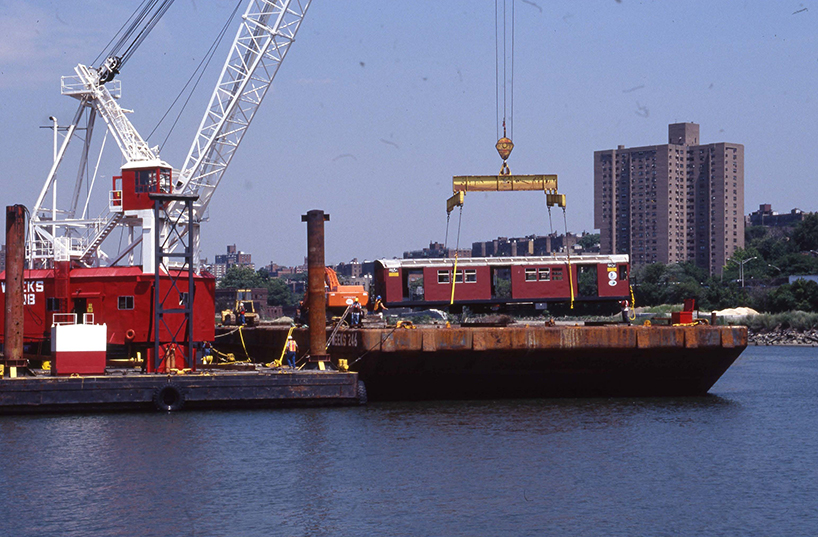 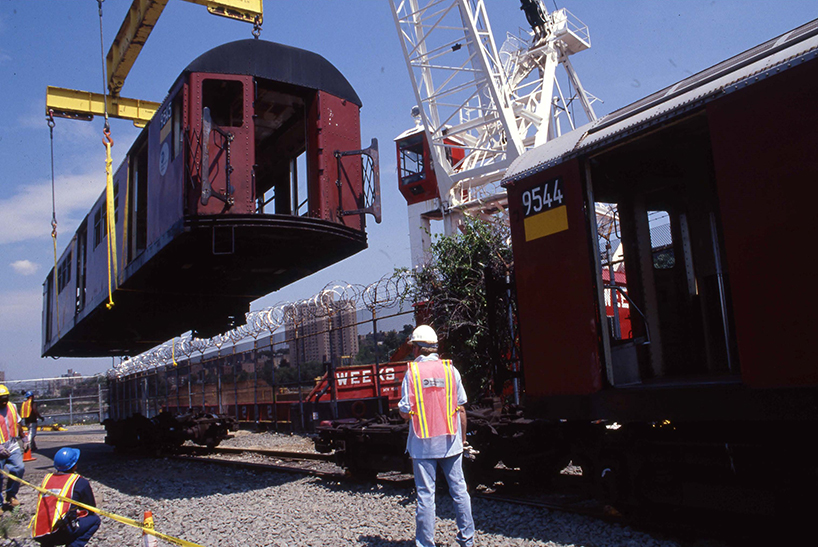 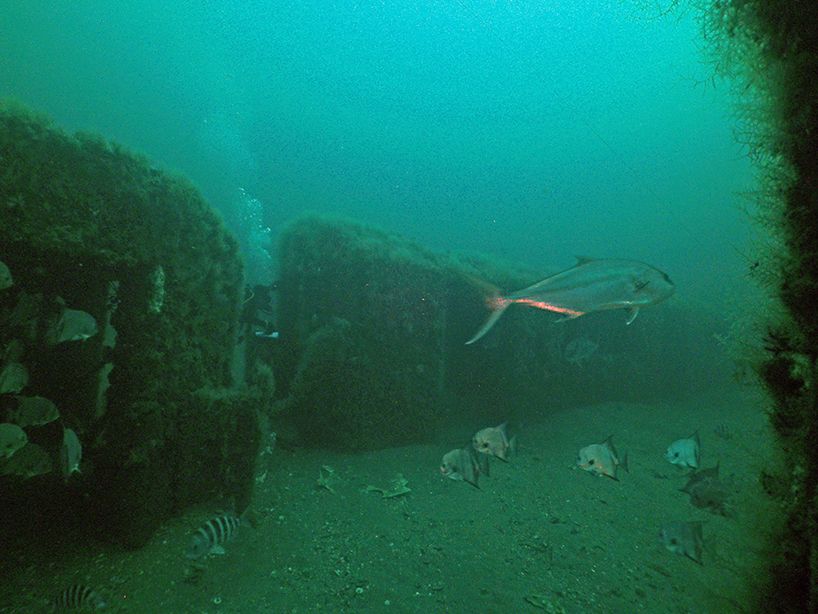 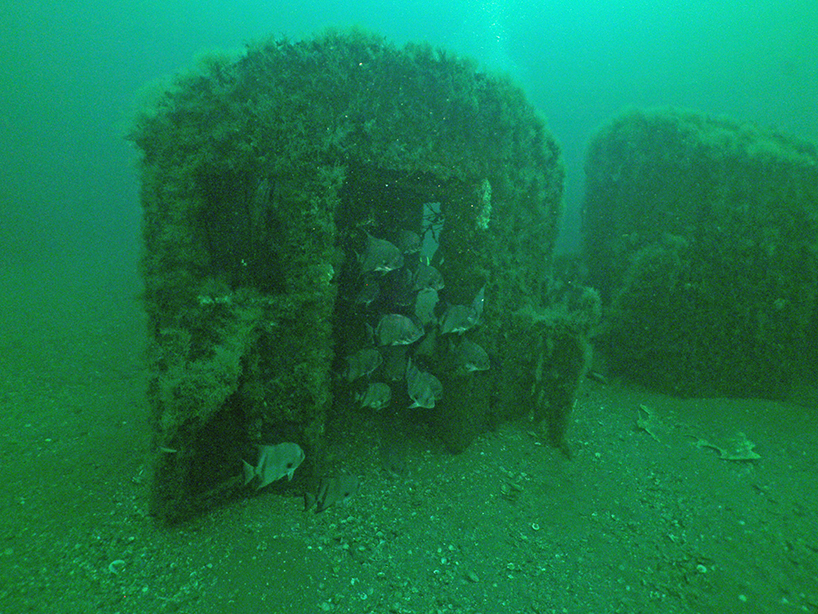 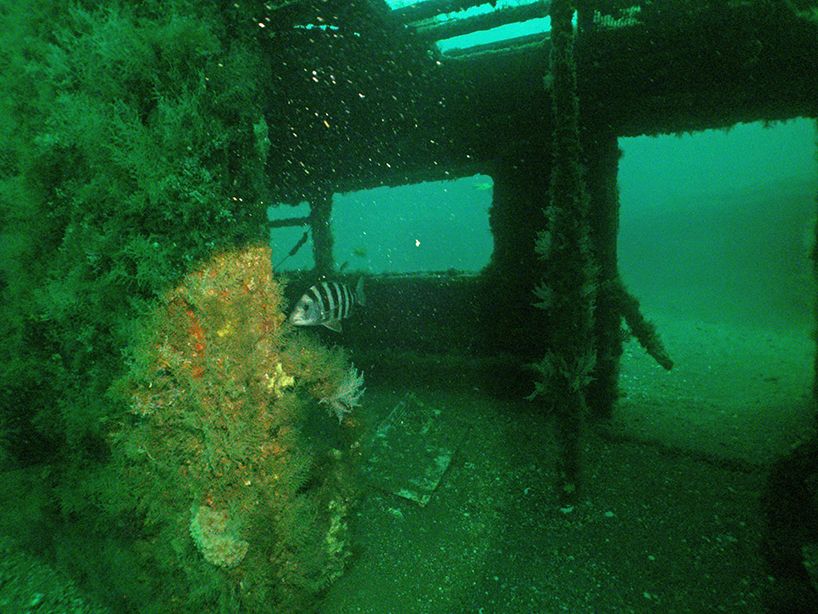