fiction and fantasy meets the history of art in the ‘super flemish’ series by french artist sacha goldberger, who physically mashes up modern-day villains and heroes with 17th century portraiture techniques. icons of american culture from superman to wolverine are set within the low-lit atmosphere typical to flemish fine art paintings of powerful nobles, counterpointed by light and shadow to illustrate them within the scene. chosen models uncannily resemble the characters in their movie adaptation, dressed in intricately crafted costumes reimagined to suit 17th century requirements.

‘these characters have become icons to reveal their humanity: tired of having to save the world without respite, promised to a destiny of endless immortality, forever trapped in their character’ goldberger describes. ‘the superheroes often live their lives cloaked in anonymity. these portraits give them a chance to fix their denied narcissism. by the temporal disturbance they produce, these images allow us to discover, under the patina of time, an unexpected melancholy of those who are to be invincible.’ 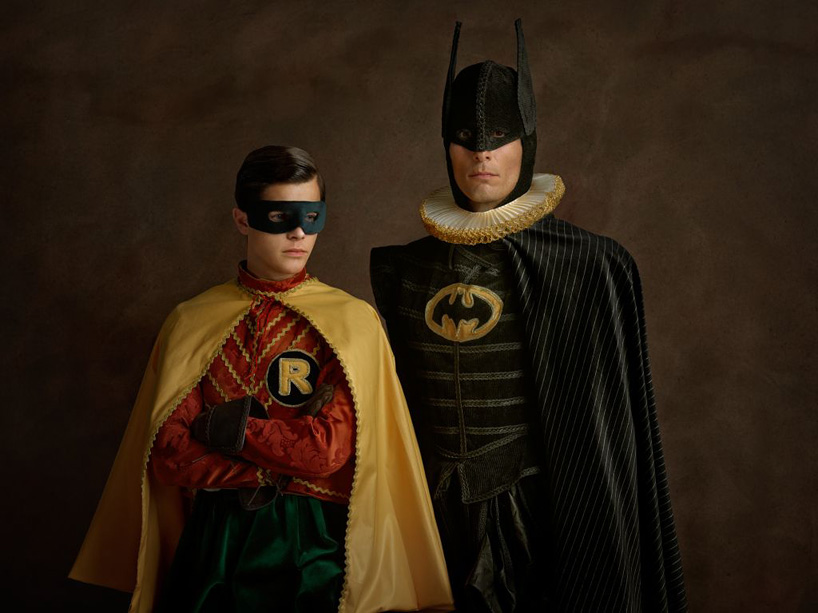 the two seemingly disparate themes come together as a result of a collective effort of over 110 collaborators — including look-alike models and costume makers — who visualized the essence of flemish art in a contemporary photographic world. 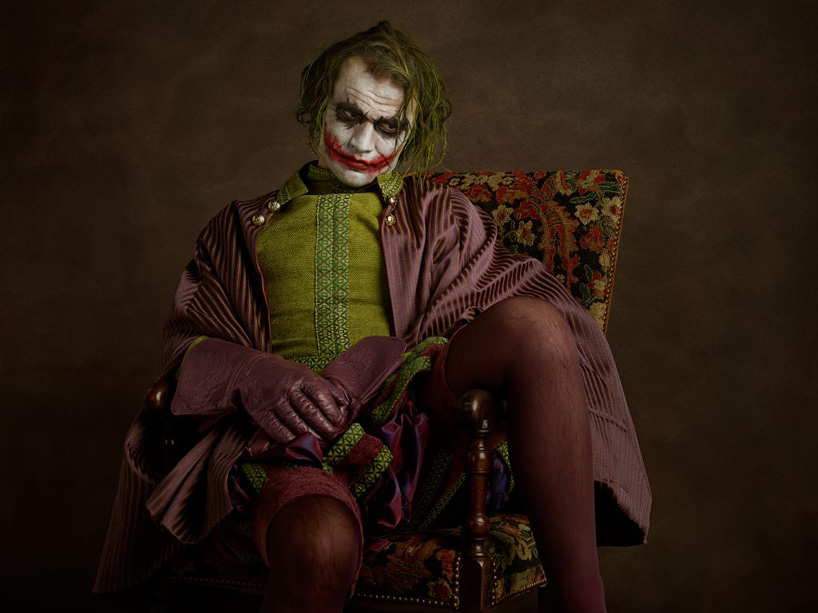 ‘portrait of a jester with a dark smile’ 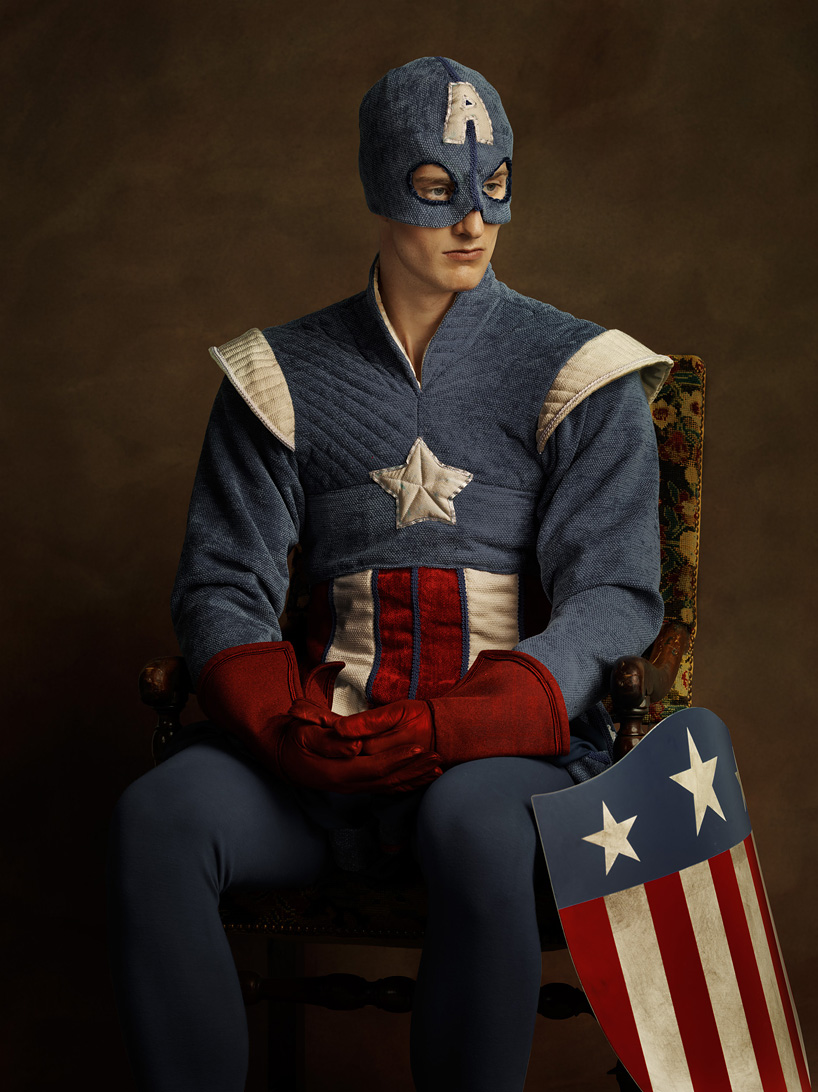 ‘solider with helmet and shield in american colors’ 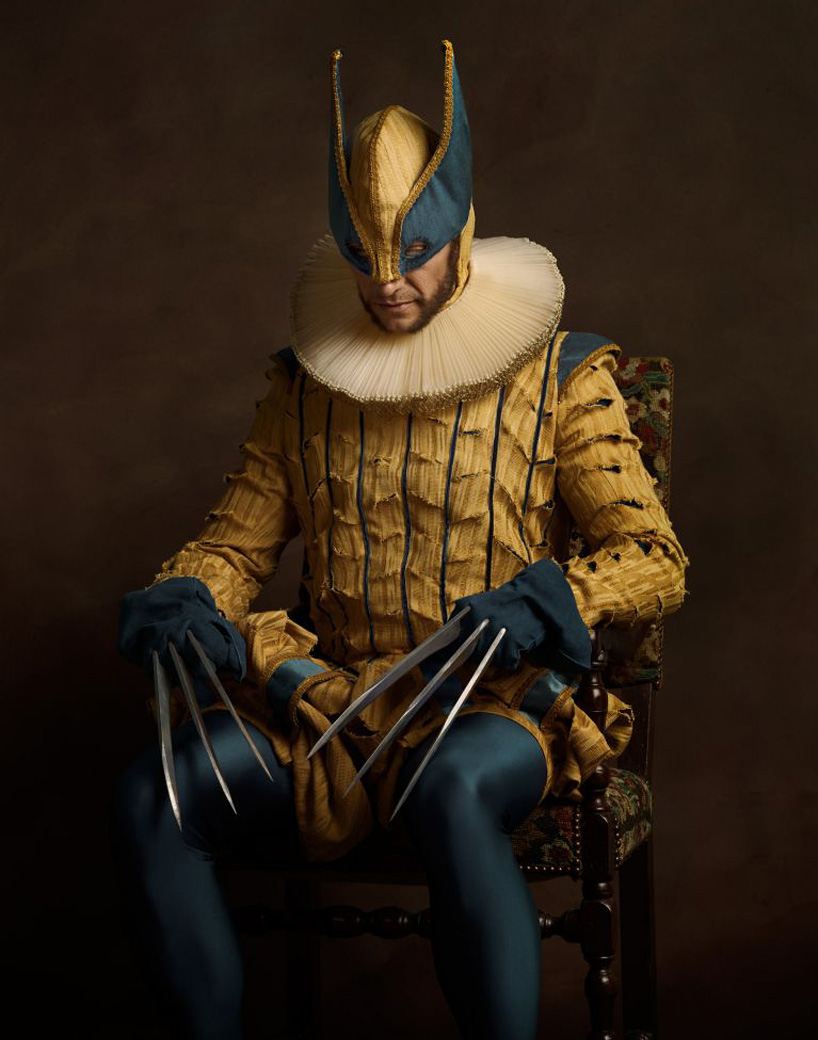 ‘portrait of the masked man with pointed ears squire’ 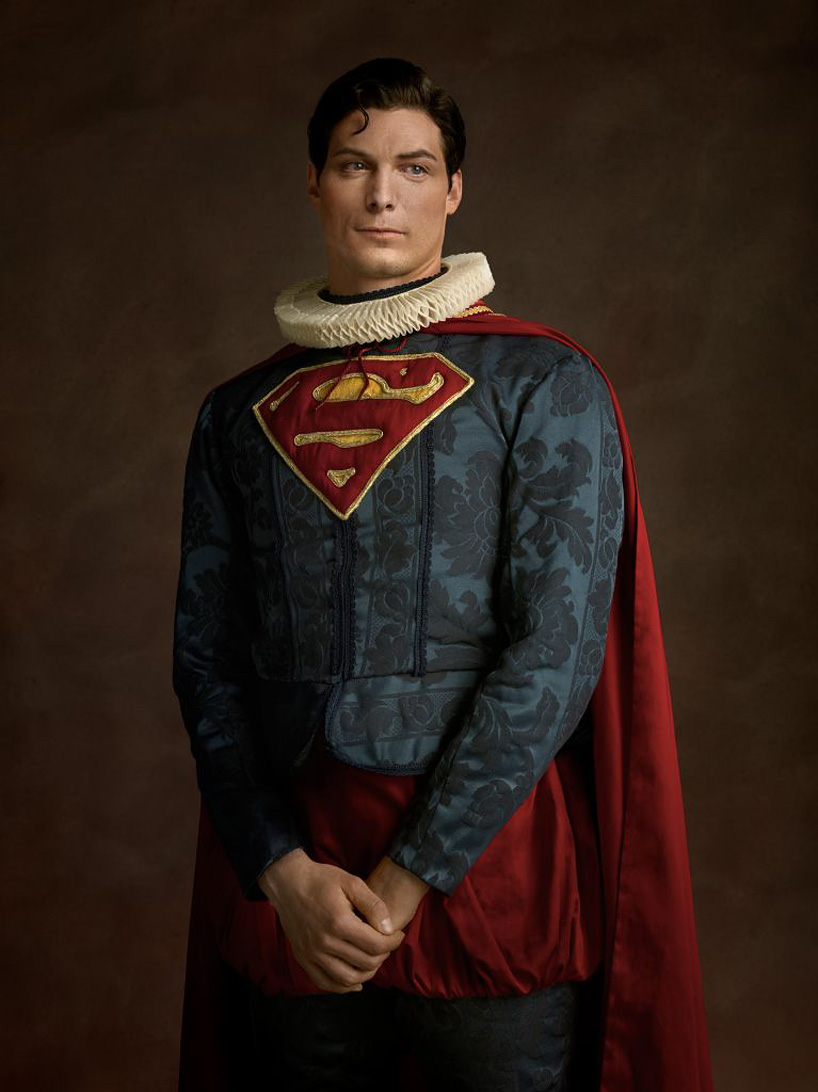 ‘portrait of a man wearing an S on his chest’ 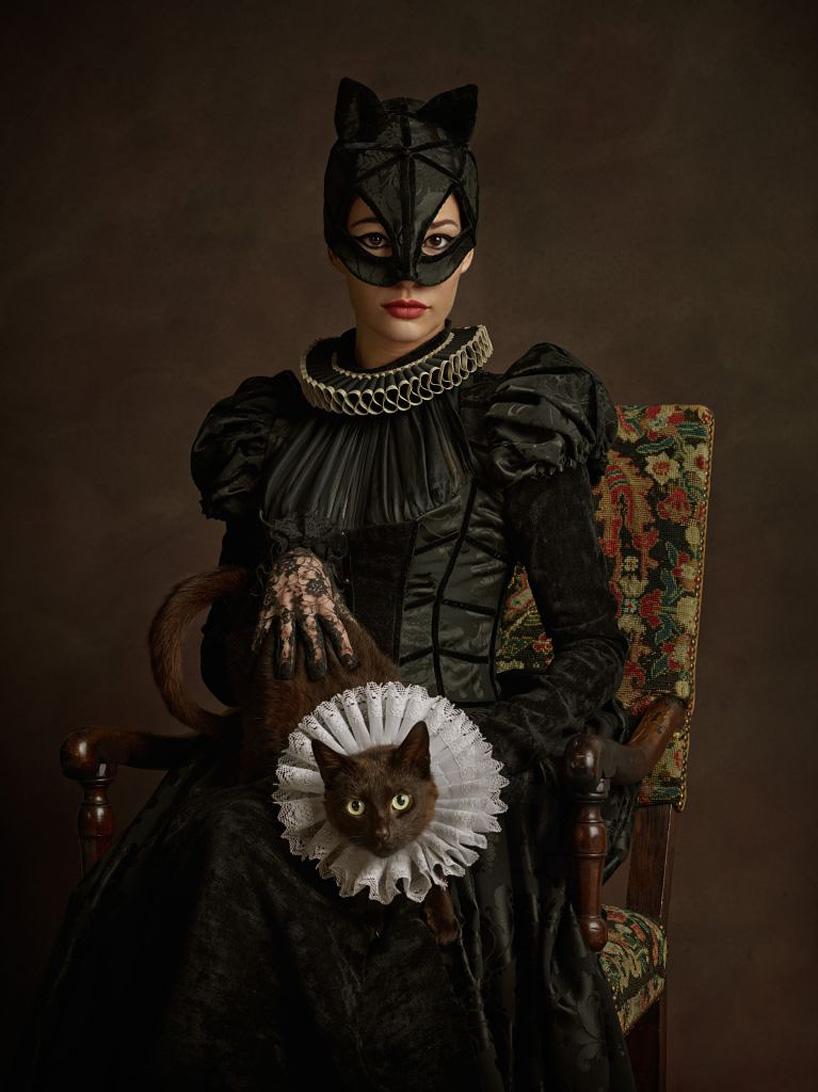 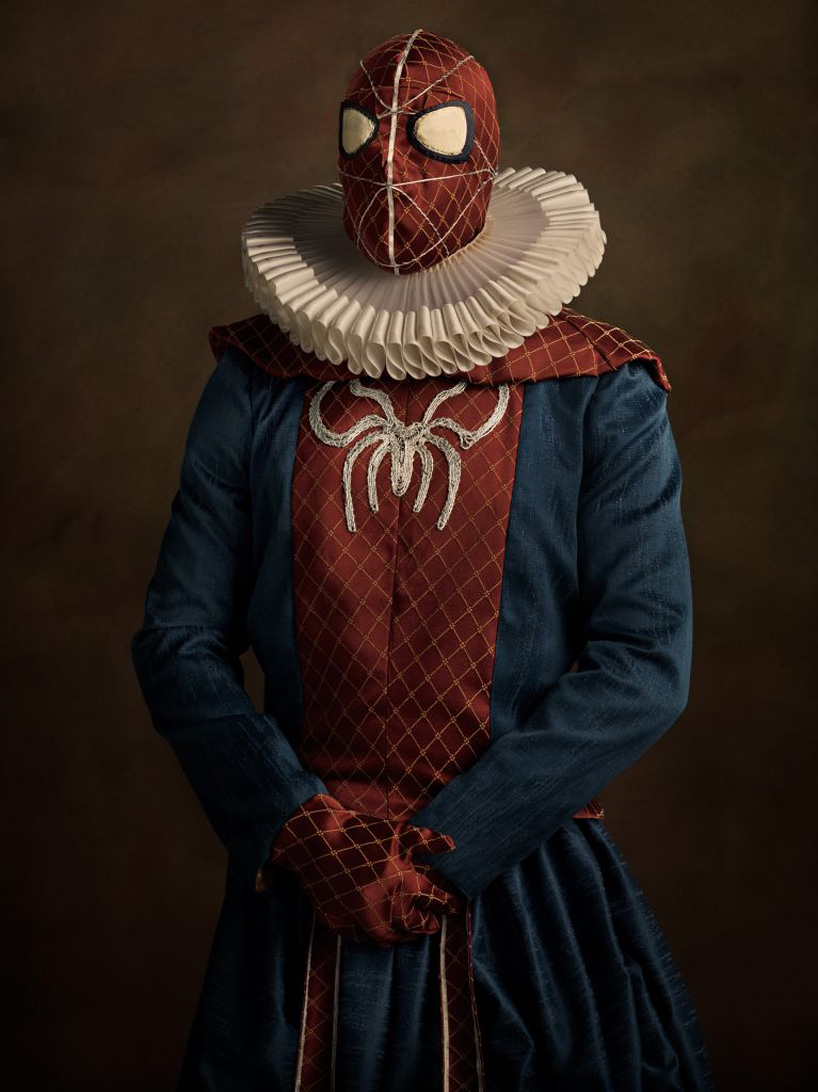 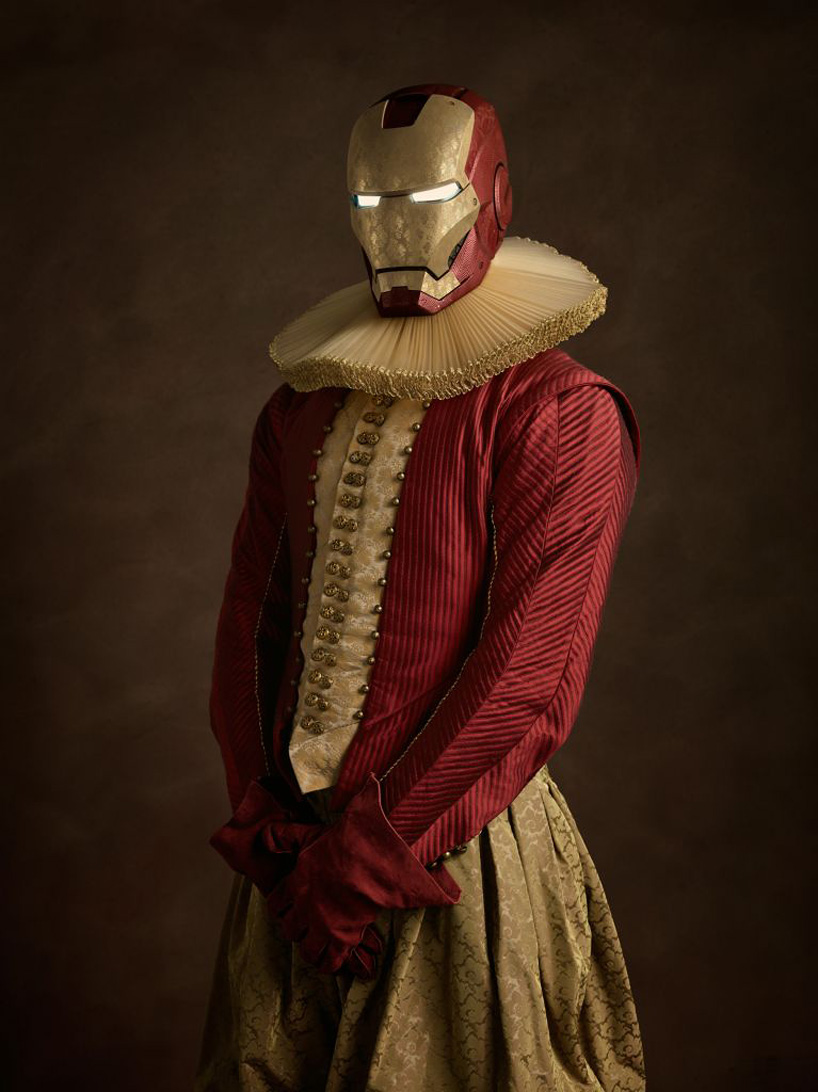 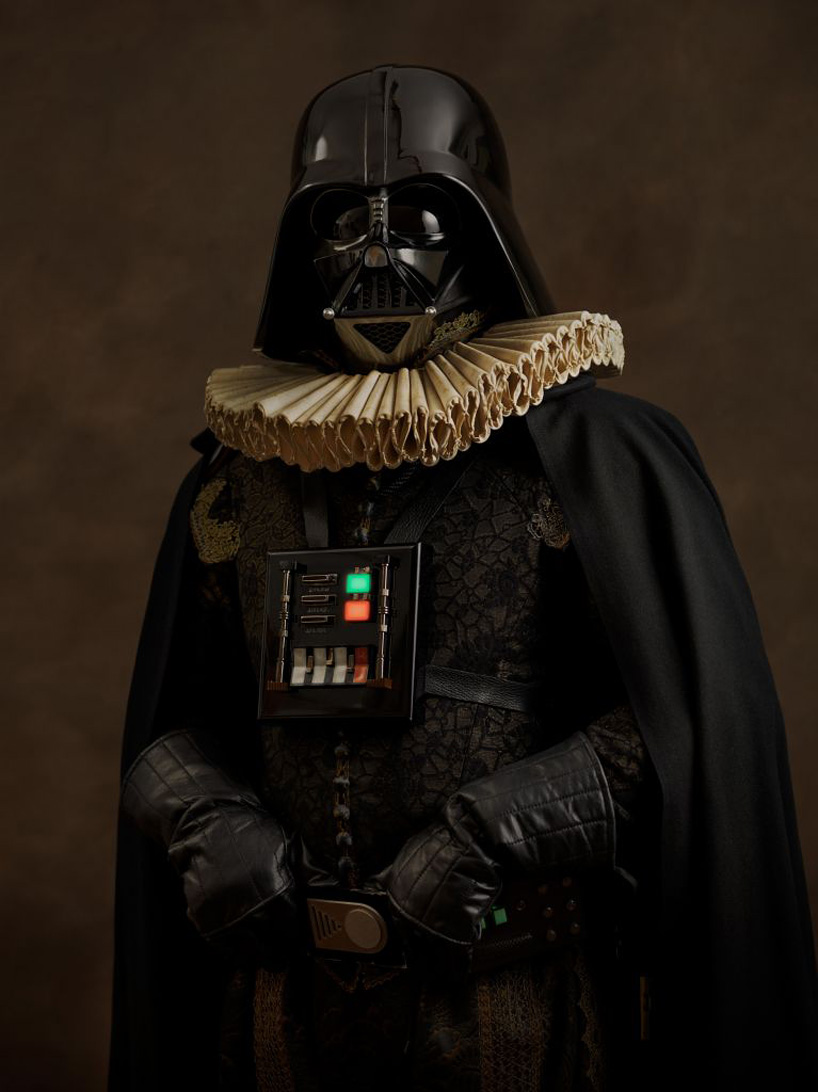 ‘portrait of an officer in a black helmet’ 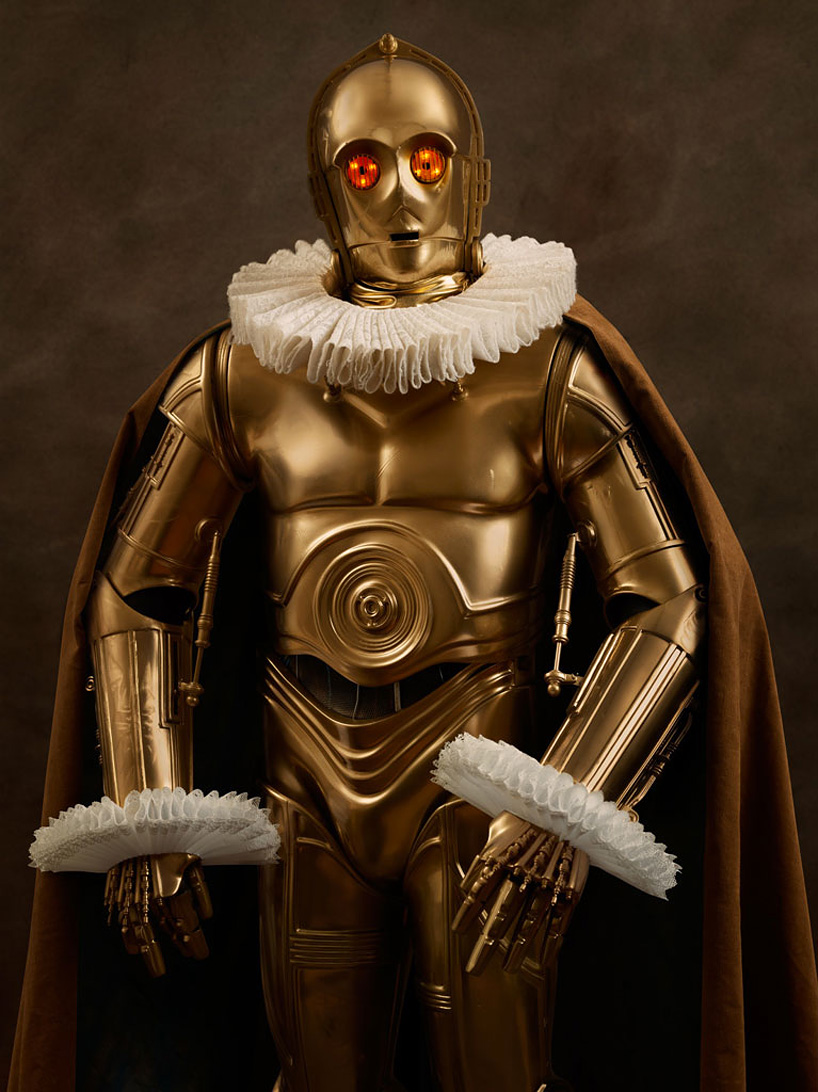 ‘portrait of a man wearing a gold armor’ 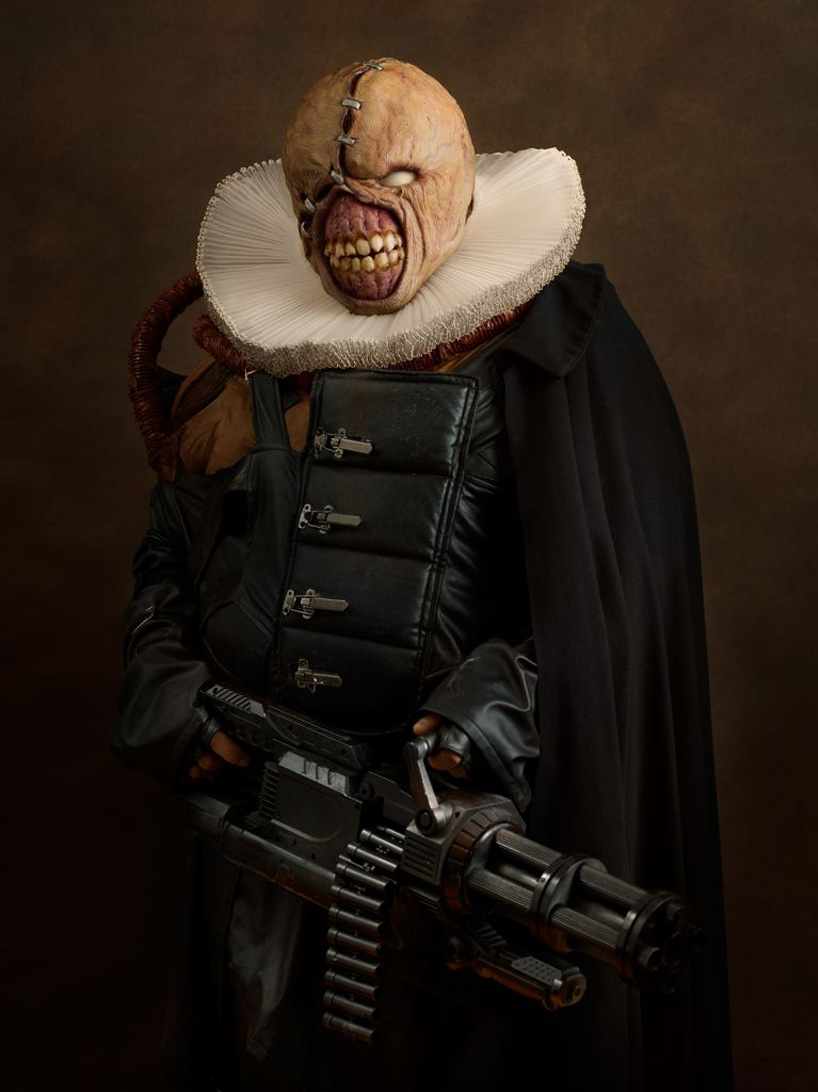 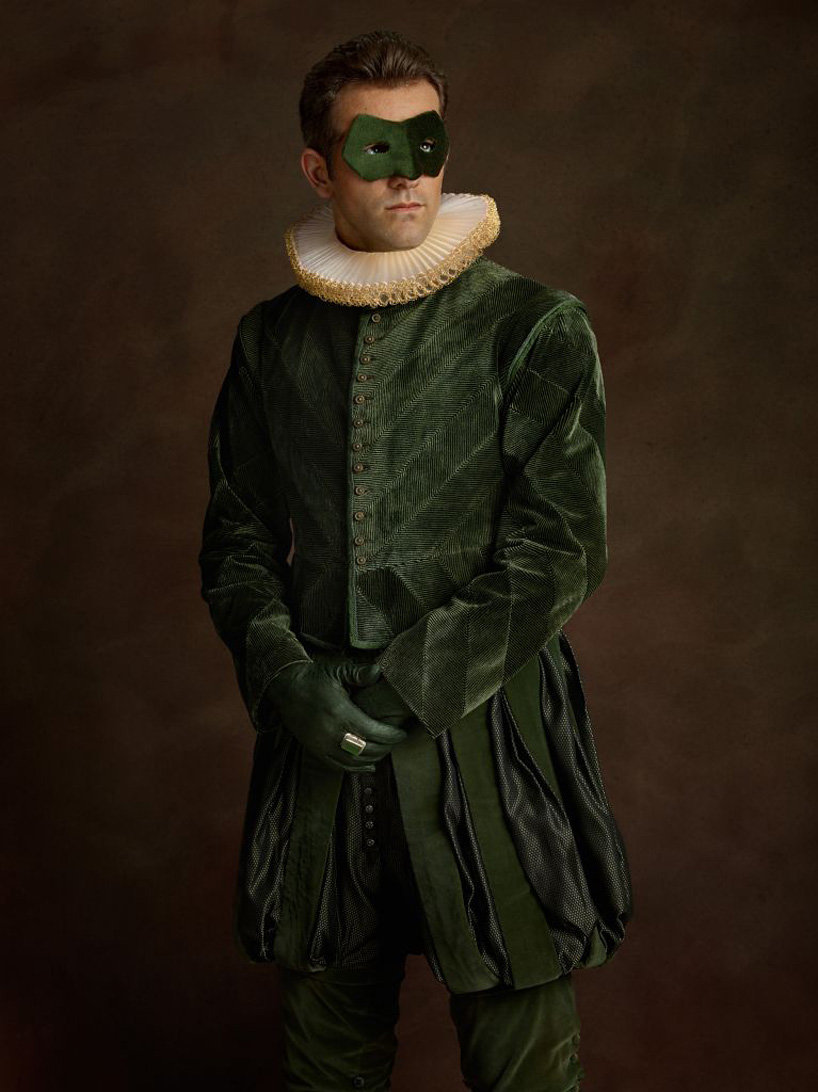 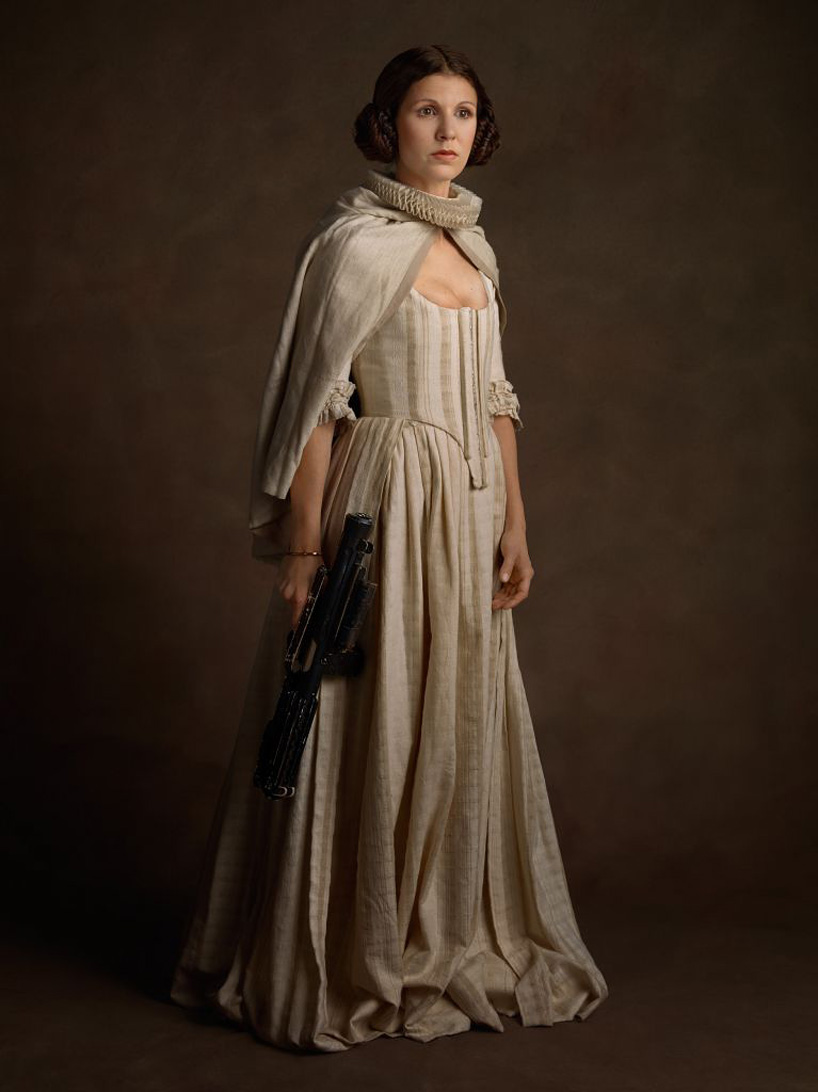 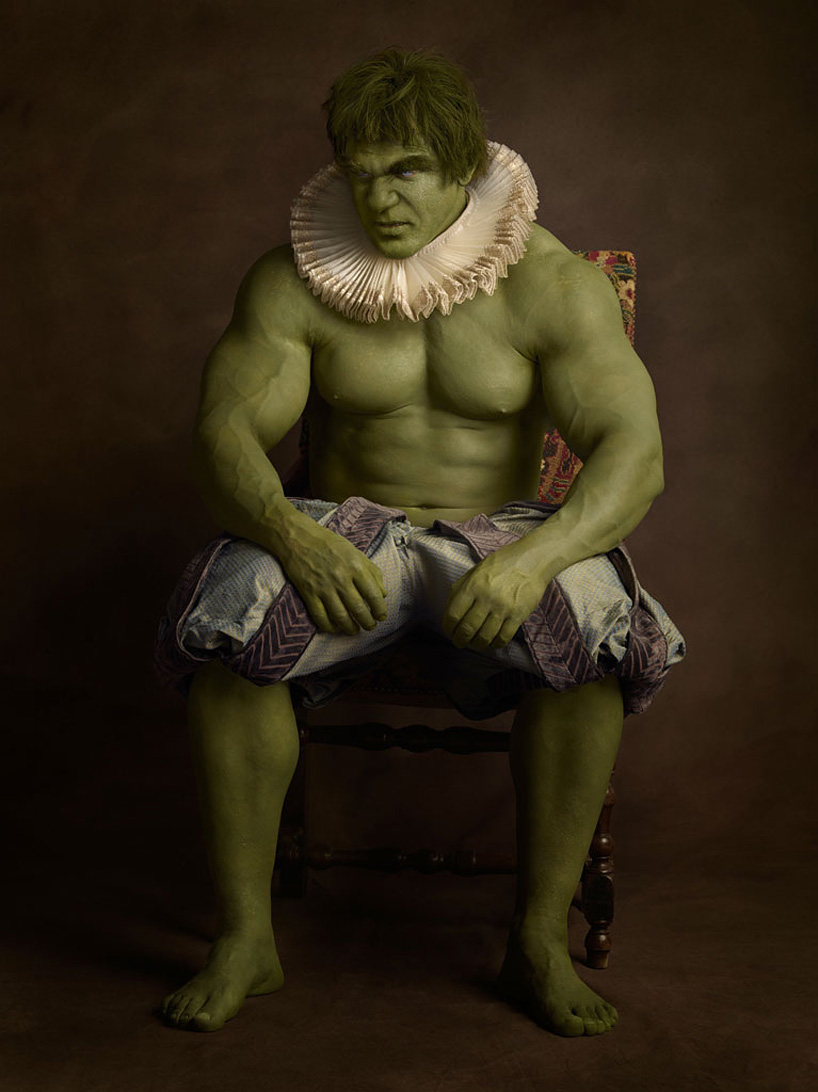