london fieldworks (bruce gilchrist & jo joelson) is an art duo fittingly based in london. their newly commissioned work ‘super kingdom’ is based on research of animal hibernation patterns in england’s king’s wood forest. the artist will be presenting a series of site specific show homes in the forest beginning on september 21st. the homes are not only for the exhibit but will also serve as the subject for a video/animation work to be shot over the winter. the show is a direct comment on the human population in the forest’s surrounding region, drawing parallels to the animal kingdom. you can visit super kingdom from september 21 at stour valley arts in kent. 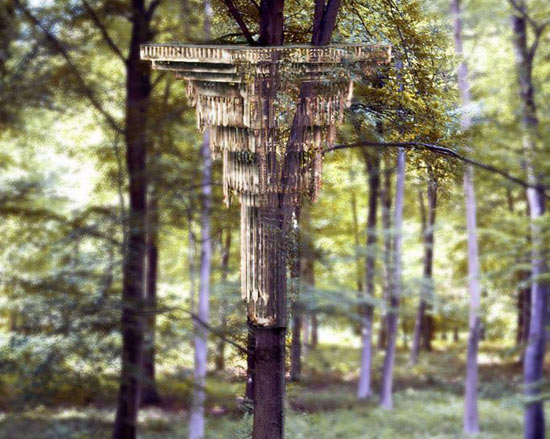