french studio called collectif timée have been commissioned to design and construct one singular object, ‘le voronoï’, for the fair ‘le voyage à nantes‘ to provide a new perception of the french town’s surroundings. in response to the brief the scholars conceived a type of phantom architecture, an egg-like sculpture composed of 1200 mirrors to adorn the urban landscape, propped proudly in a tree located in the city center of nantes.

the artwork, an ellipsoid measuring 6 meters high and 4 meters wide, is characterized by a reflective fragmented skin, influenced by the creators’ research into cells, which then led to a mathematical principle directing the structure’s design. according to the voronoi diagram, there are free random space points, where a mathematical formula creates cells from halfway lines around the points. the cells converge towards a unique point located at the volume center, to provide the effect of a huge kaleidoscope, so that when the street becomes busy, the whole structure trembles and shimmers. the piece is made from 3mm thick composite panels as the material was easy to transform, cut and fold. 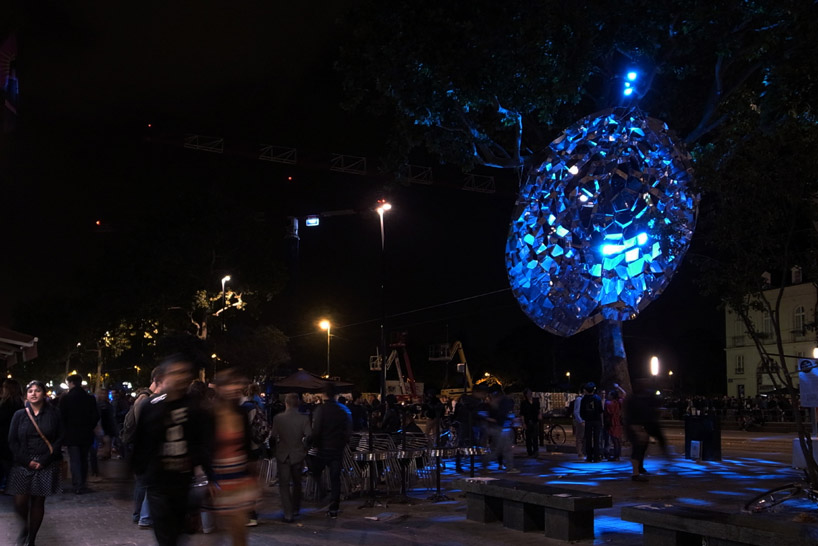 the artwork, an ellipsoid measuring 6 meters high and 4 meters wide, is characterized by a reflective fragmented skin image © mikaël pors 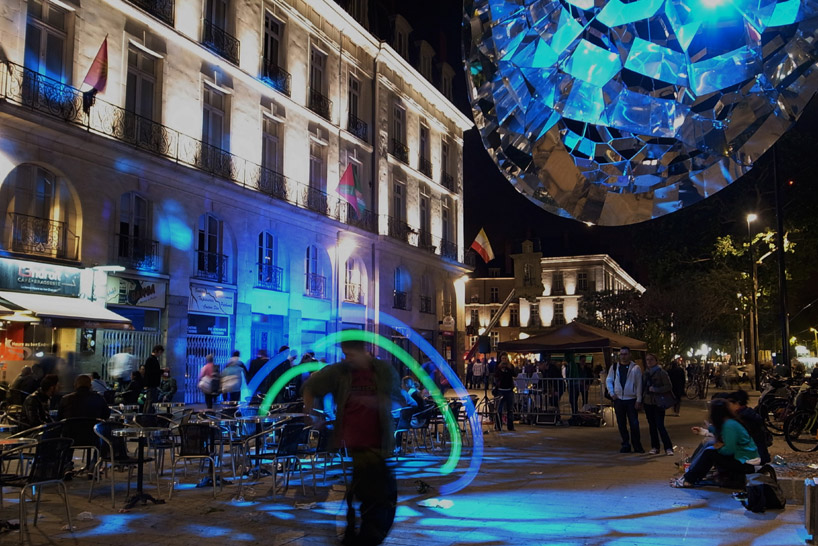 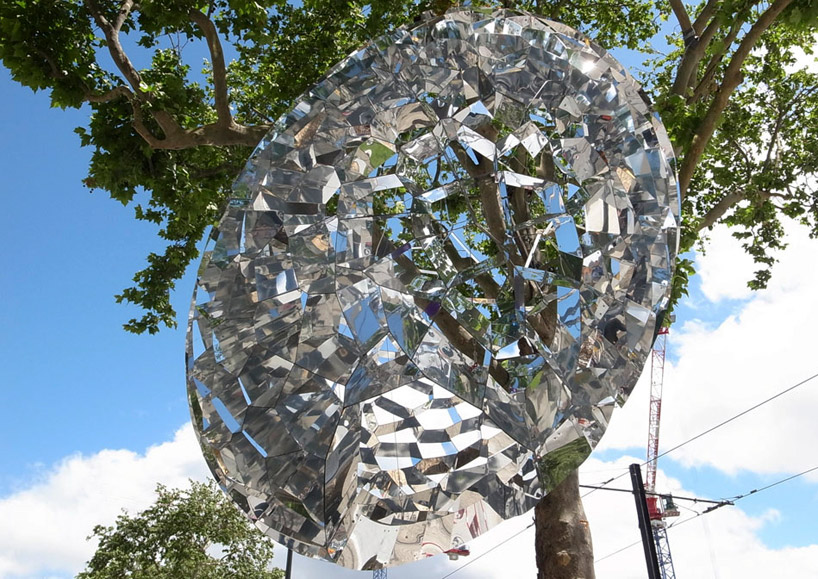 the concept is based on the voronoi diagram image © pauline trochu 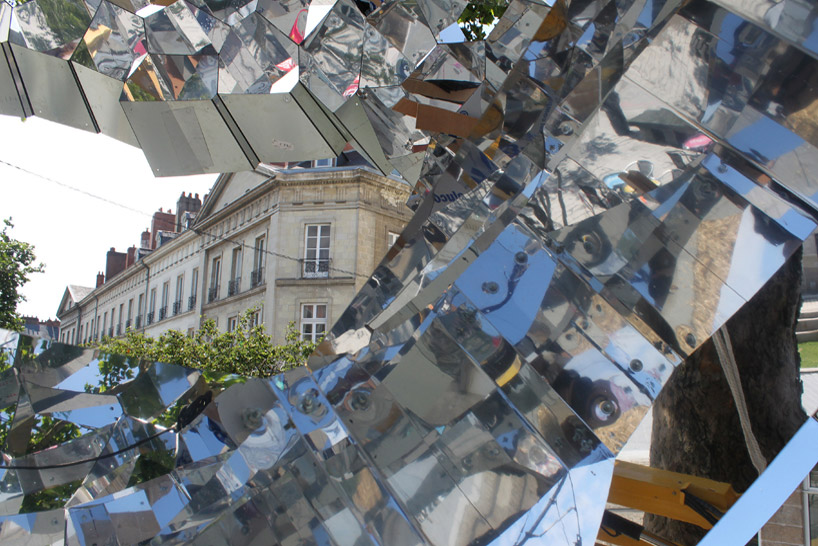 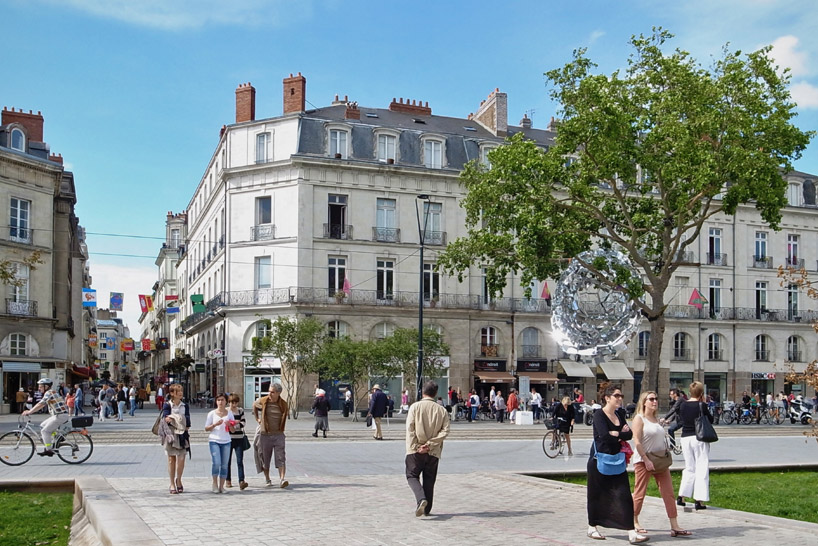 in the city center 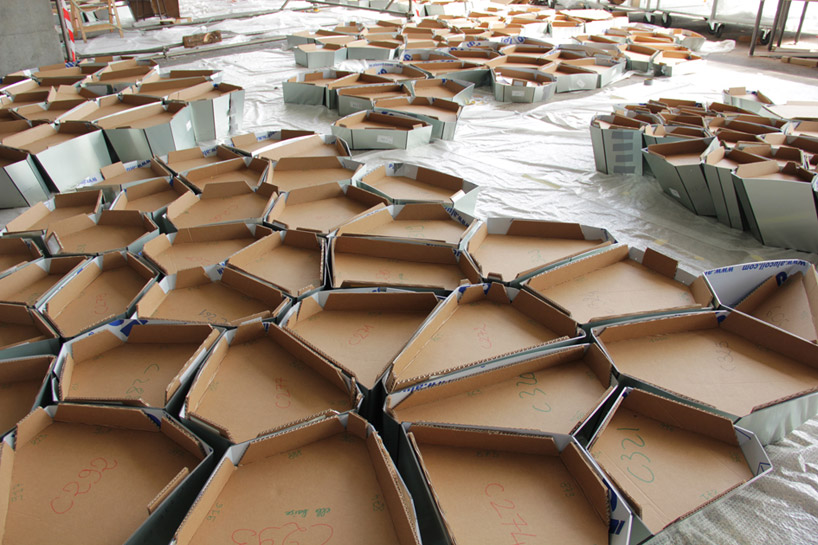 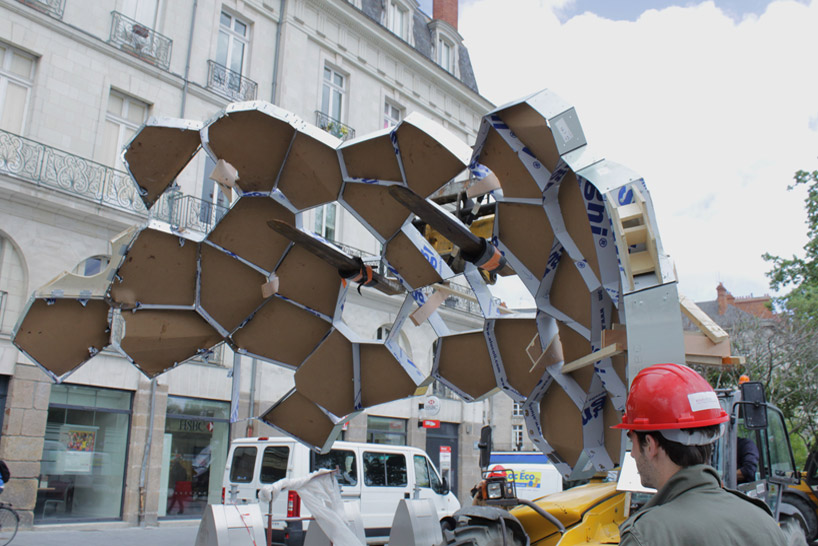 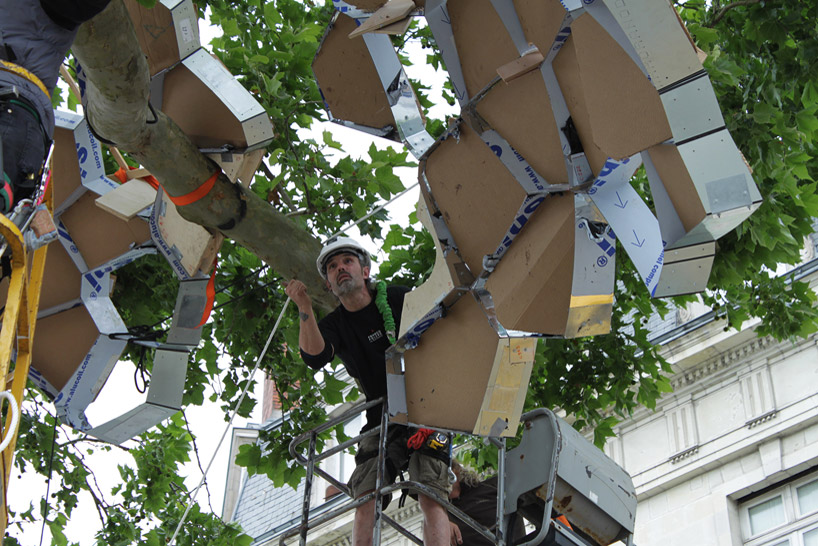 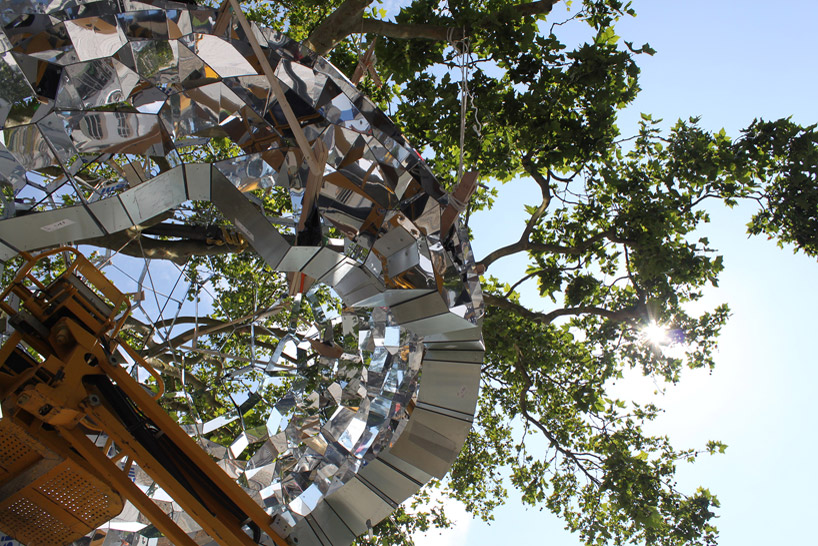 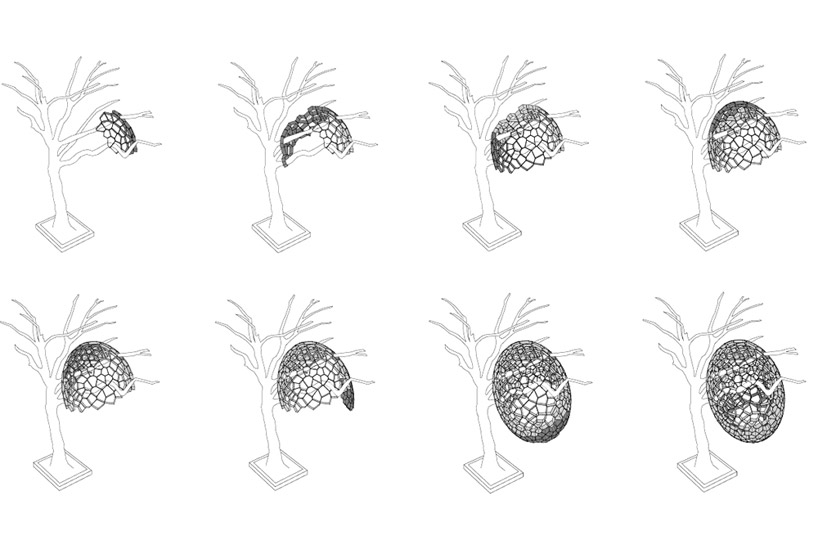 a diagram showing the project’s evolution 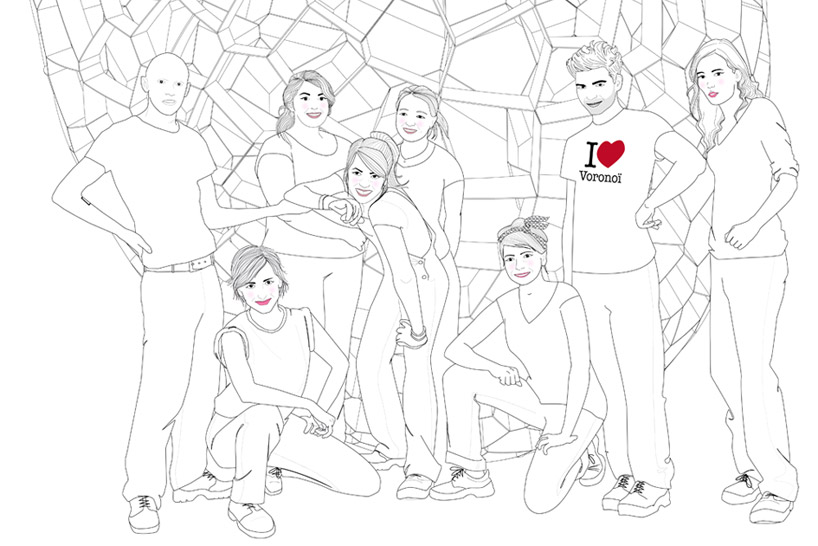