sven signe den hartogh has created an installation that features a new flag design for humanity that represents the balance and equality in the world through its transparency. the netherlands-based artist and designer wanted to create a universal flag that doesn’t serve to distinguish people or population groups. 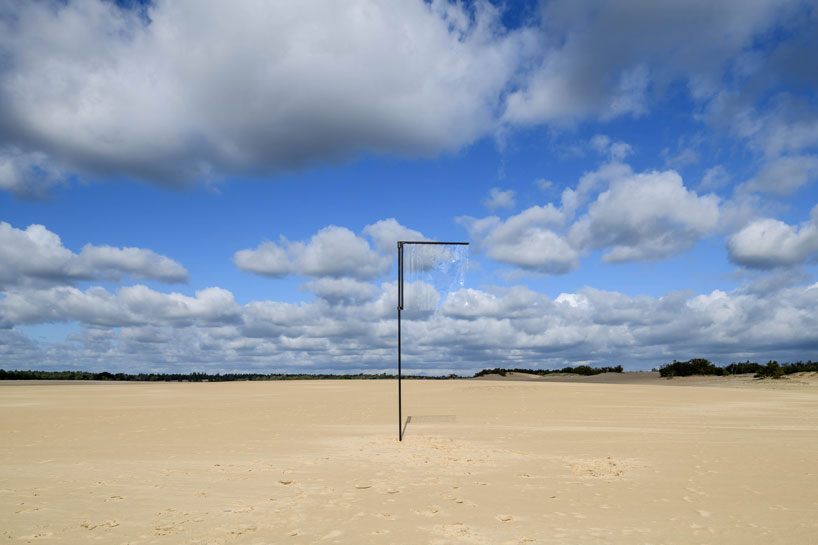 images courtesy of the artist
photos by mike bink

the project, entitled ‘usawa’ which means ‘balance’ in swahili, was developed in close collaboration with museum ijsselstein, a museum for modern art in the netherlands. sven signe den hartogh aims to represent the whole of humanity regardless of borders, skin color, sexuality or other labels. 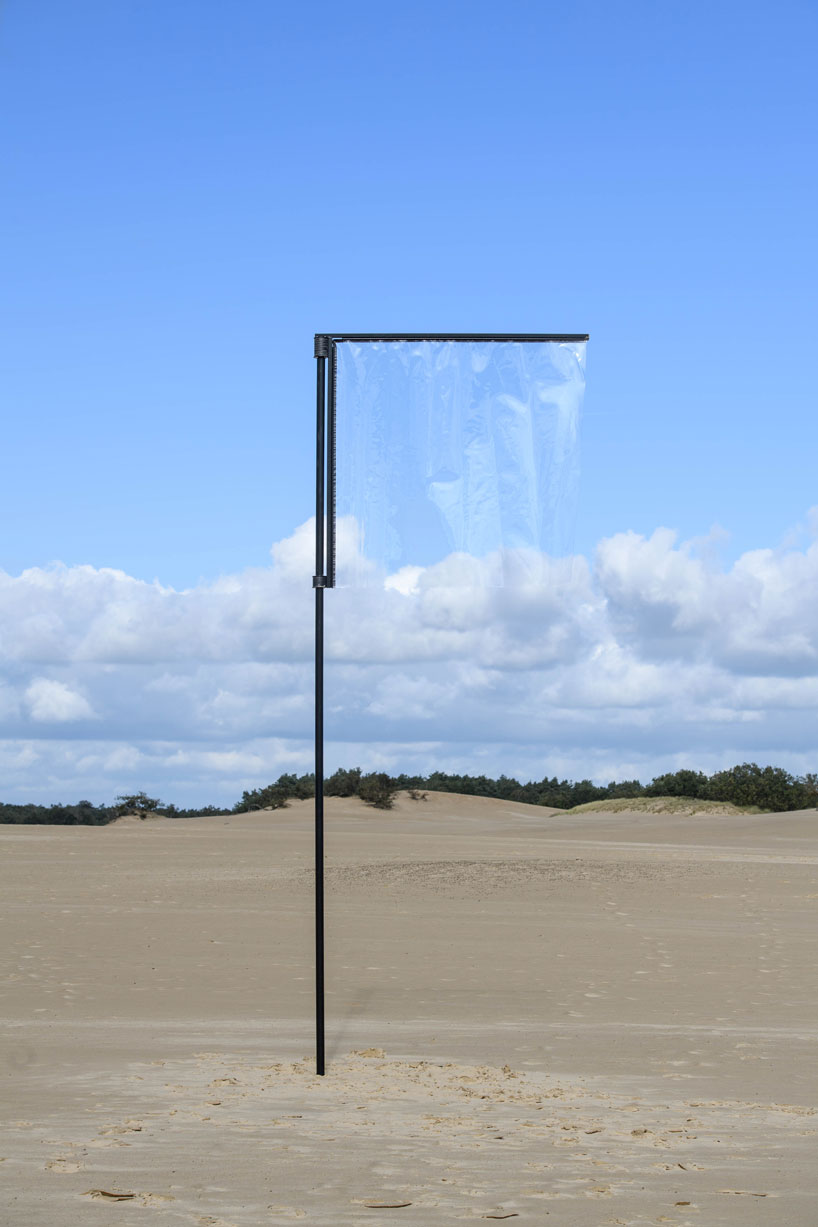 ‘it is my goal to spread the ideas behind this,’ the artist explains. ‘and to raise the ‘new flag for humanity’ in many places in the world such as schools, museums, government buildings and other inspiring places to show that we are all equal and that these ideas can hopefully help restore balance in the world.’ 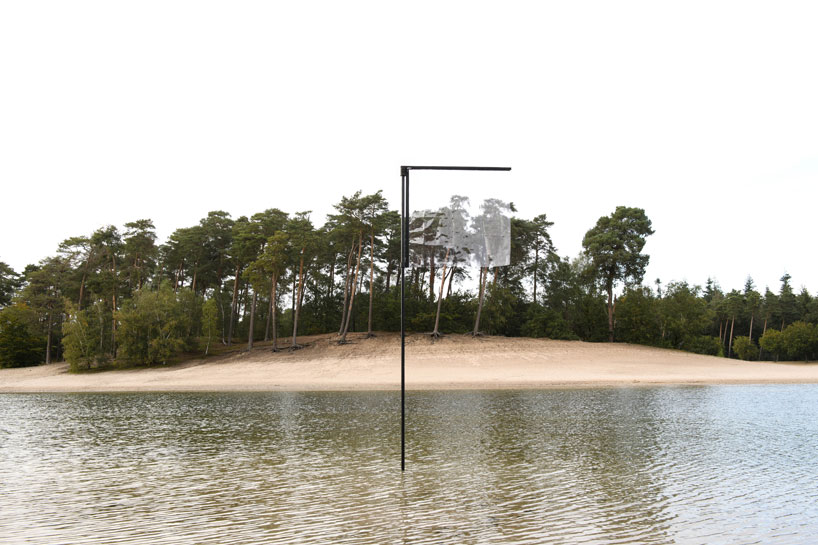 ‘[it] stands for people all over the world to hopefully help them to restore balance and to show people that there is no need to indicate a difference by using labels, colors or other symbols,’ he adds. ‘the object is a transparent flag that invites you to look at the environment, at the world and thus make you realise that the only thing that is truly important in life, is life itself.’