pamela rosenkranz fills the swiss pavilion at the venice art biennale 2015 with an immersive installation that activates ‘the knowledge mobilized in the technological, scientific and conceptual development of products, subverting the culturally consolidated meanings of art’. her chosen materials — bionin, evian, necrion, neotene, silicone, viagra (to name a few) — are familiar to us more for the esoteric promises that some of them are embedded with, than with the physical substances which they are actually composed of. however, their apparently pure and timeless aesthetic qualities they emit, have a biological basis. 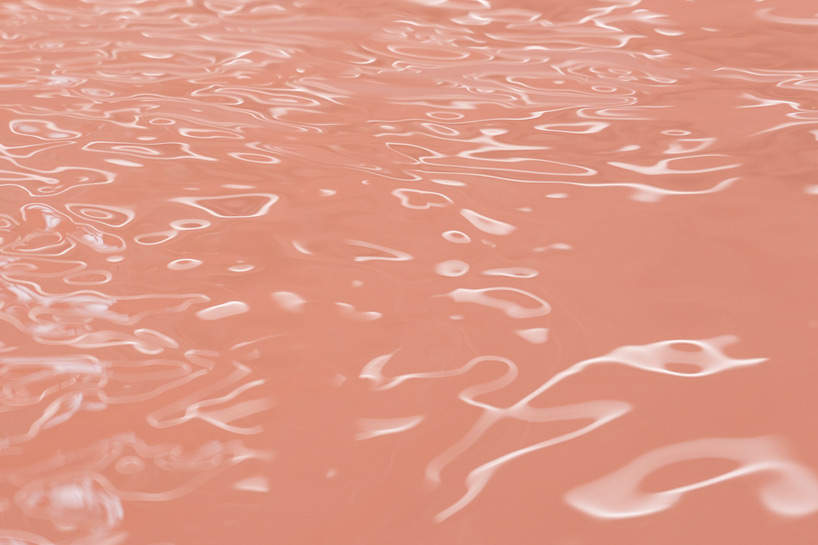 ‘our product‘, curated by susanne pfeffer, is composed of immaterial elements such as light, colour, scent, sound and organic components such as hormones and even bacteria. these are used to guide the viewer through the pavilion, and confront the historically, religiously, and commercially transmitted image of what it means to be human with its biological genesis. 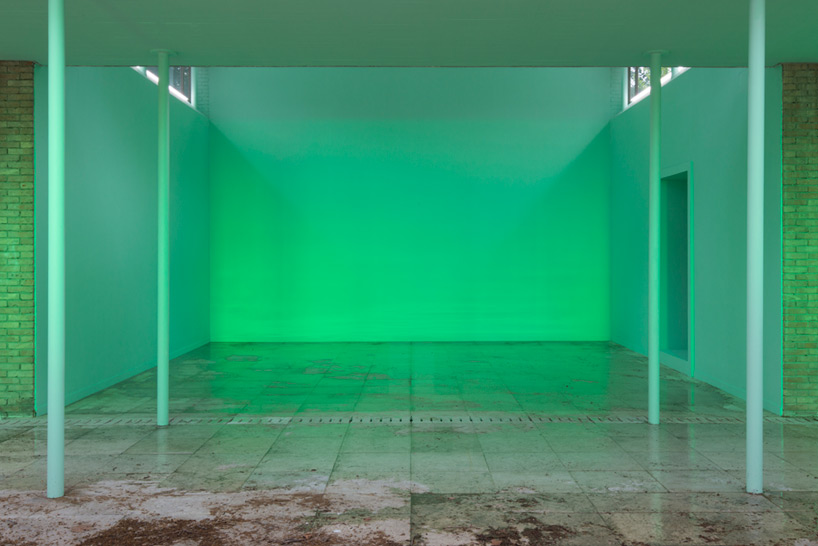 within, rosenkranz isolates the swiss pavilion’s interior spaces with plastics, filling the with a monochrome mass of liquid whose colour has been rendered to match a standardized northern european skin-tone. the colour is reminiscent of the ‘carnate’ that was used throughout renaissance painting in order to project the visual qualities of human flesh; and which is now used in today’s advertising industry as a proven means of physically enhancing attention. 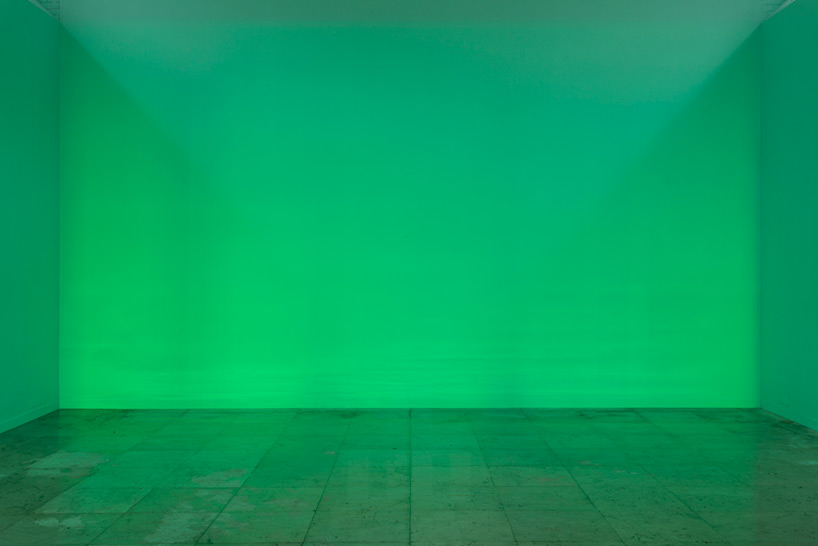 the eurocentric skin colour, which is derived from a broader natural history that involves migration, exposure to the sun and nutrition, is contrasted by a green coating that covers the mantle of the building. the external patio is illuminated by artificial green light burring the distinction between the indoors and outdoors; while a wall paint that is biologically attractive, further dissolves this separation between culture and nature. 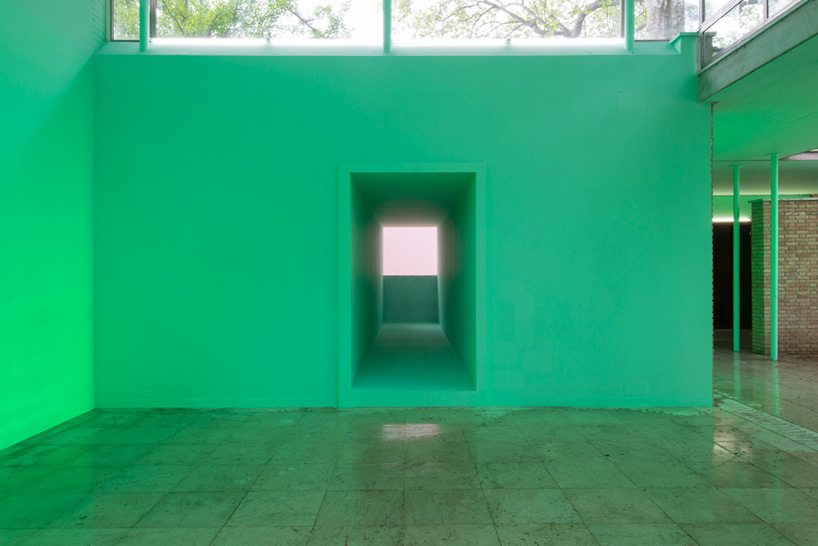 rosenkranz’s work is all encompassing, penetrating all parts of the swiss pavilion’s architecture with sounds and smells. the synthetic sound of water, generated by a real time algorithm, reverberates throughout the atmosphere, while the scent of fresh baby skin emanates, invading all of our senses. the installation appropriates immemorial aesthetic reflexes that both art and commercial culture rely on, but renders them as cognitively disturbing. 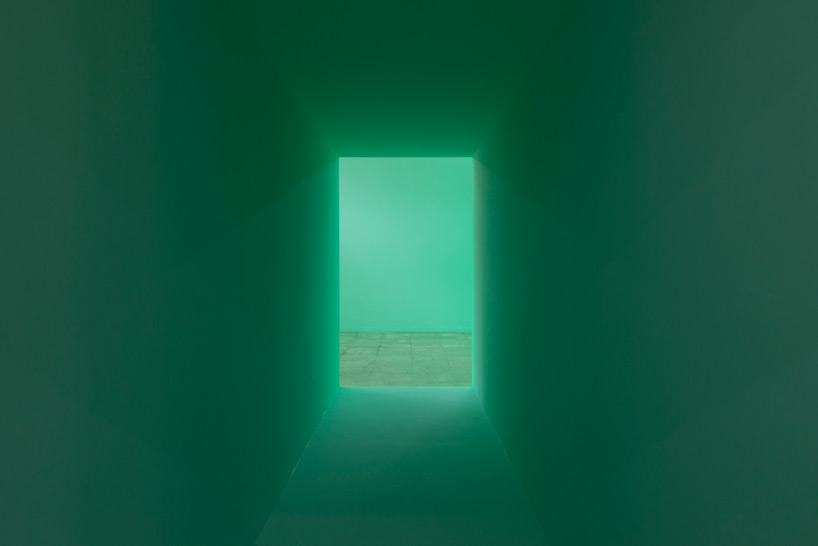 like a placebo effect, ‘our product’ makes it hard to know whether or psychological responses are triggered solely imagination, or if what we’re experiencing is the hallucinatory product of our bodies and their natural/cultural histories. 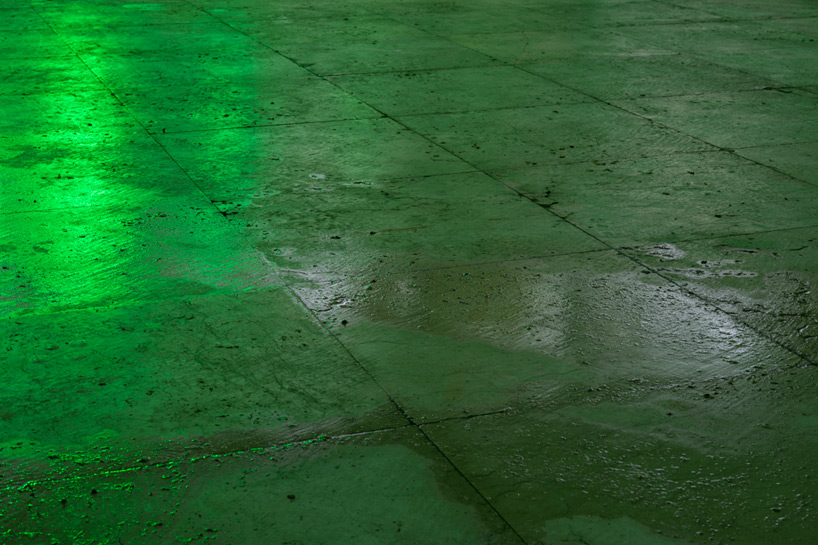 ‘out of a mix ture of water, methane, ammonia, hydrogen, and the energy provided by the sun, amino acids, membrane blebs, and the first forms of life on earth emerged. even if the demise of both the sun and the earth lie in the distant future, thinking a universe beyond humanity and conceptualizing matter as inherently intelligible are among the urgent tasks of our present.

if matter is indeed in itself  intelligible, the anthropocentric construction of humanity turns out to be obsolete. the boundaries between human beings, nature, animals, and matter are becoming more porous than ever. at a time when synthetic particles can be found in water, sediments, and suspended solids, and when we know that they already permeate human bodies, animals, and plants; at a time when humans gradually transform into cyborgs, the foundational distinction between ‘organic’ and ‘synthetic’ evaporates. furthermore, the concept of ‘self’ is undergoing a profound transformation in the neurosciences. this is a self based on permanent change: a liquid self. inside and outside, active and passive — these are no longer clearly definable oppositions. as a consequence, the construction of the human needs to  take stock of the new prevalence of fluidity and change.

musk is a fluid that is akin to the human body. originally obtained from a gland of the musk deer, it was already in use in ancient persia. if dosed correctly, the odor it yields is perceived as enticing. an overdose, however, smells repellent. the neuronal reactions to which musk gives rise are similar in human beings and animals. but musk is also a stabilizer for other scents applied to the human skin. numerous products take advantage of this quality. due to its expensiveness and in response to animal-rights concerns, the most common form of musk in the cosmetic and detergents industry is synthetically produced. synthetic musk, though, is only partly biodegradable and its residues have been found in sewage, plants, animals, and human beings. synthetic substances lead to enduring transformations of the organic that are often beyond human control. this is a poignant reminder of just how untenable the ideological separation of culture and nature is.

venice is the city in the sea, a transit point for oriental and occidental goods, a place where relics are venerated, the cradle of capitalism, a hot spot for tourism, and a locale in constant danger of flooding. gentile bellini’s (1429-1507) painting miracle of the relic of the cross at the ponte di san lorenzo (1500) is regarded as one of the first venetian vedute. it depicts how andrea vendramin, the ‘guardian grande’ of the scuola grande di  san giovanni evangelista, single-handedly rescued the true cross after the relic had fallen into the canal. today, the veneration of relics seems to have given way to the incorporation of products. as capitalism pushes the process of desubjectivization ever further, products are increasingly branded as if they were subjects. necrion, carneam, and melosone are materials that have made the distinction between synthetic and organic and between subject and object impossible. they move in swirls, make murmuring noises and ooze the smell of a fleshy shell. together, they form the fluid matter of the human: our product.‘ – susanne pfeffer, curator of the pavilion of switzerland at the 2015 venice biennale 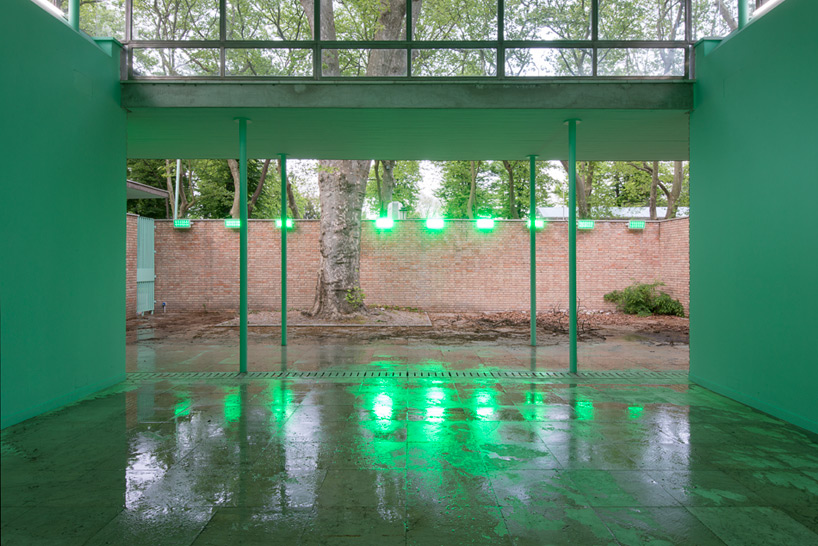 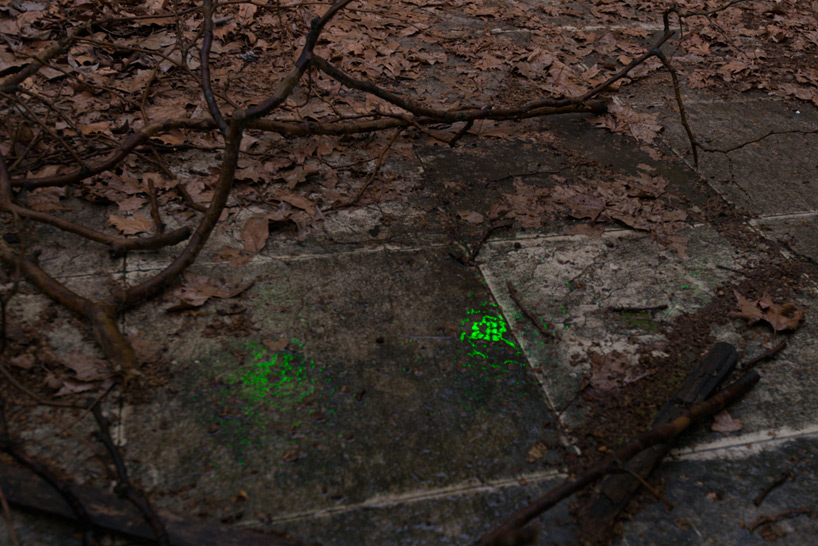 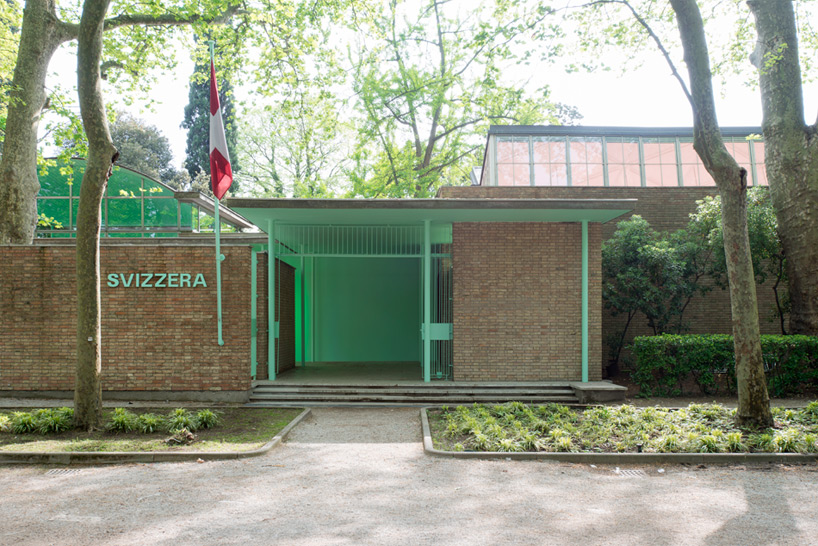 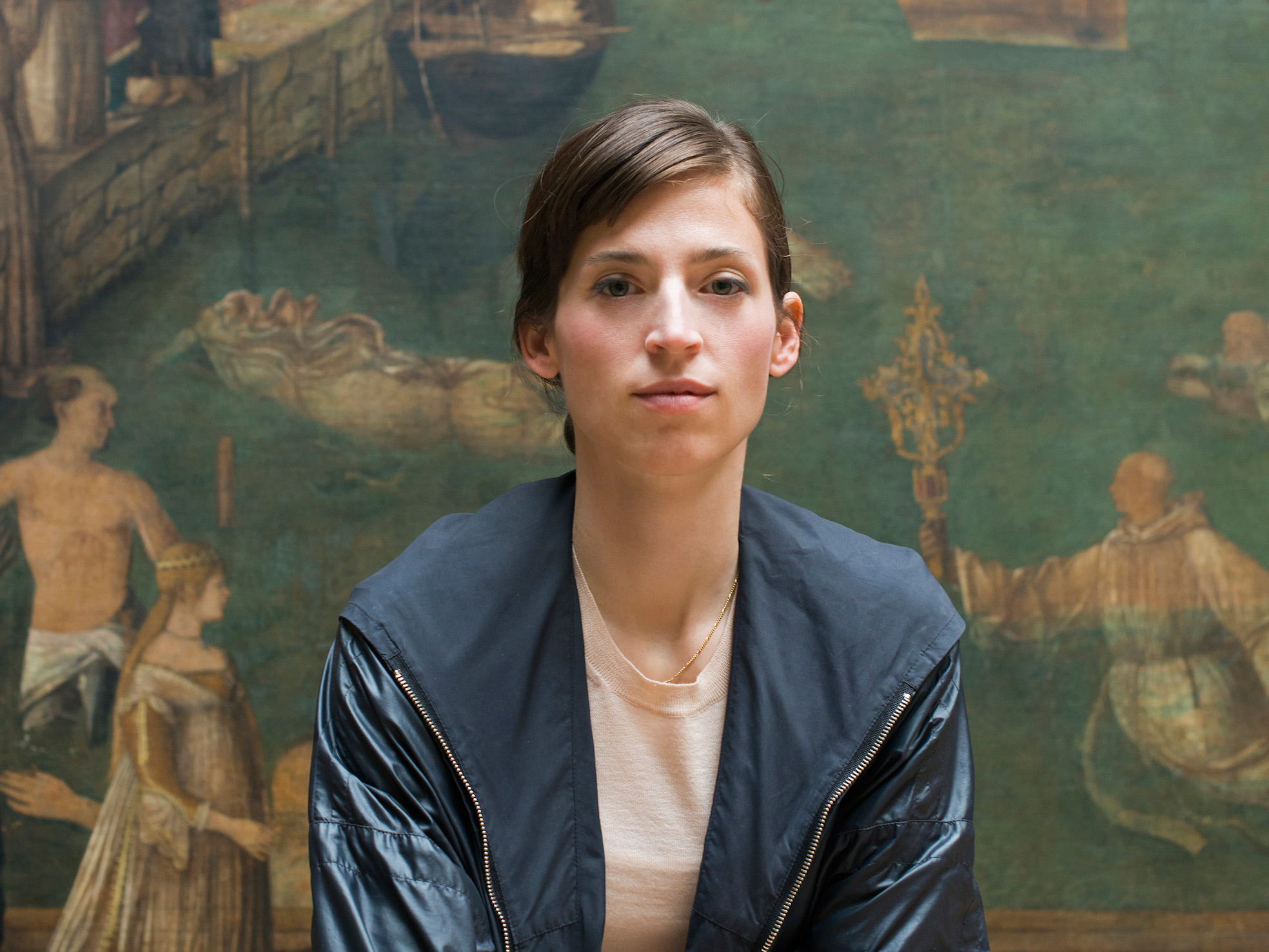 to accompany the exhibition at the swiss pavilion for the 56th international art exhibition – la biennale di venezia, the swiss arts council pro helvetia organizes a collateral event entitled «salon suisse». now in its fourth year, the programme of talks and events offers a platform for exchange on contemporary architecture and thought in a relaxed atmosphere.

for the fourth year, LAUFEN bathrooms AG is a partner of «salon suisse». as a brand standing for the symbiosis of design, quality and functionality, LAUFEN has been supporting the events at the palazzo trevisan since its beginning, with the intention to participate in and encourage an international dialogue in the fields of architecture and design.

more information on the 2015 «salon suisse» programme can be found here. 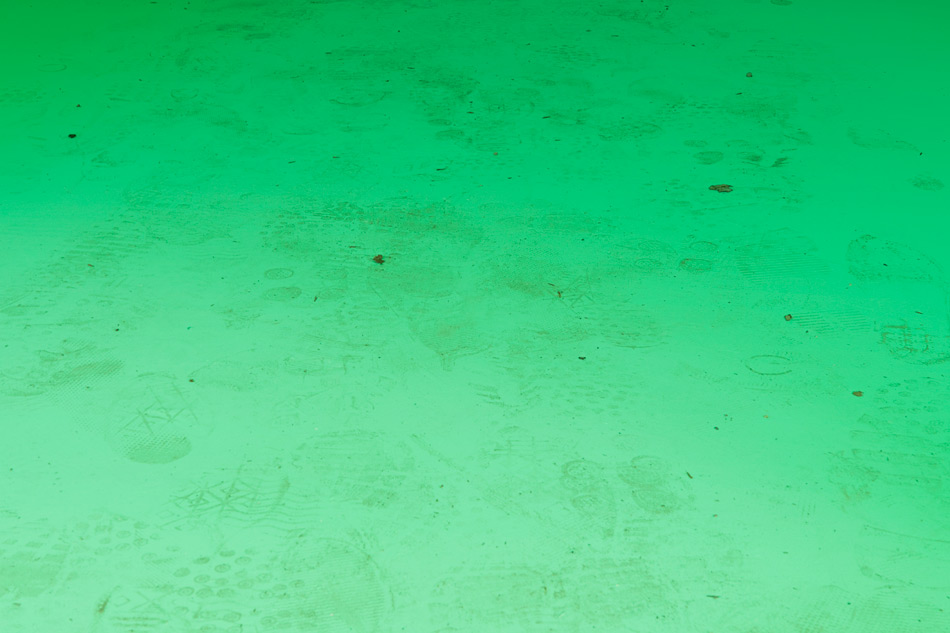 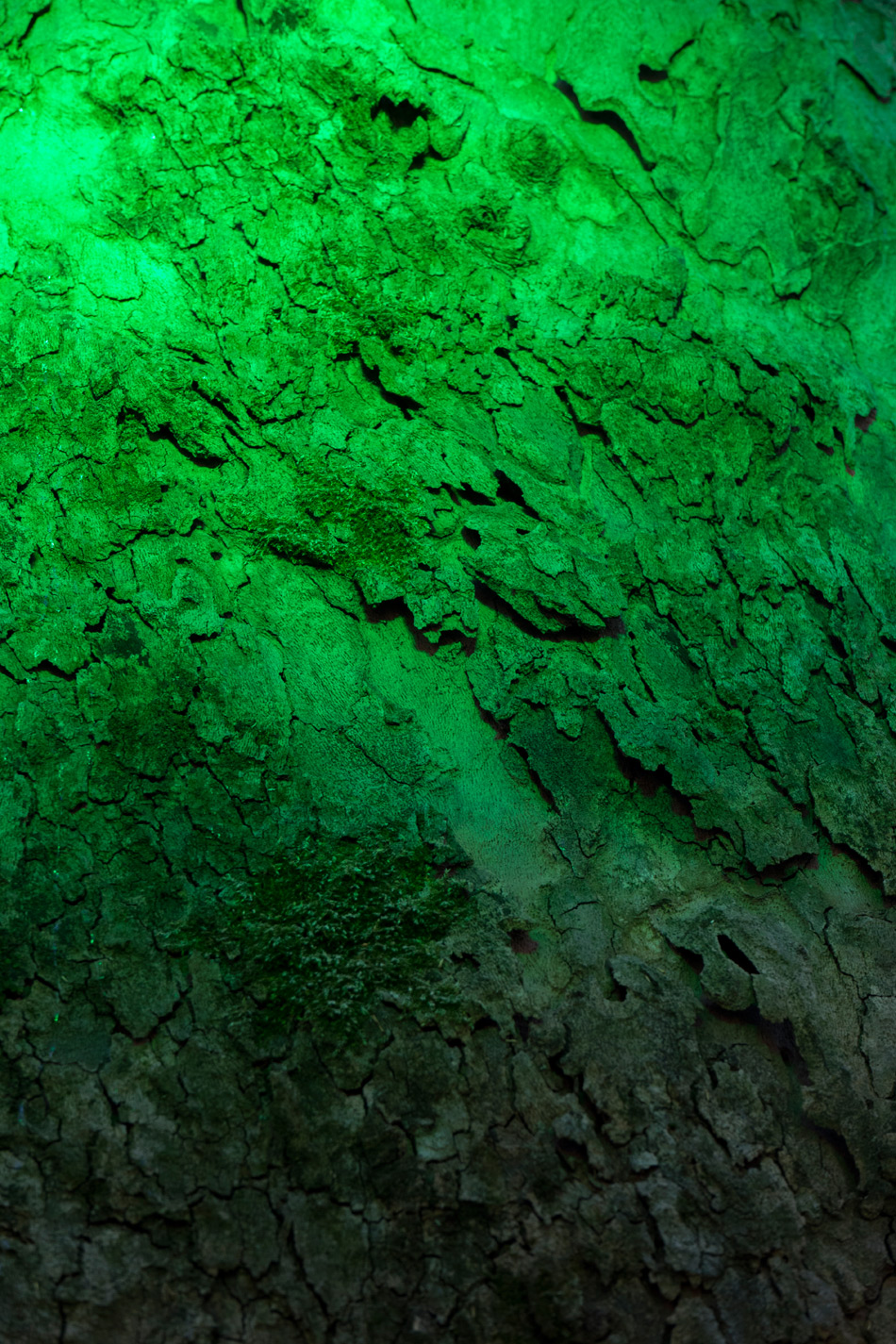 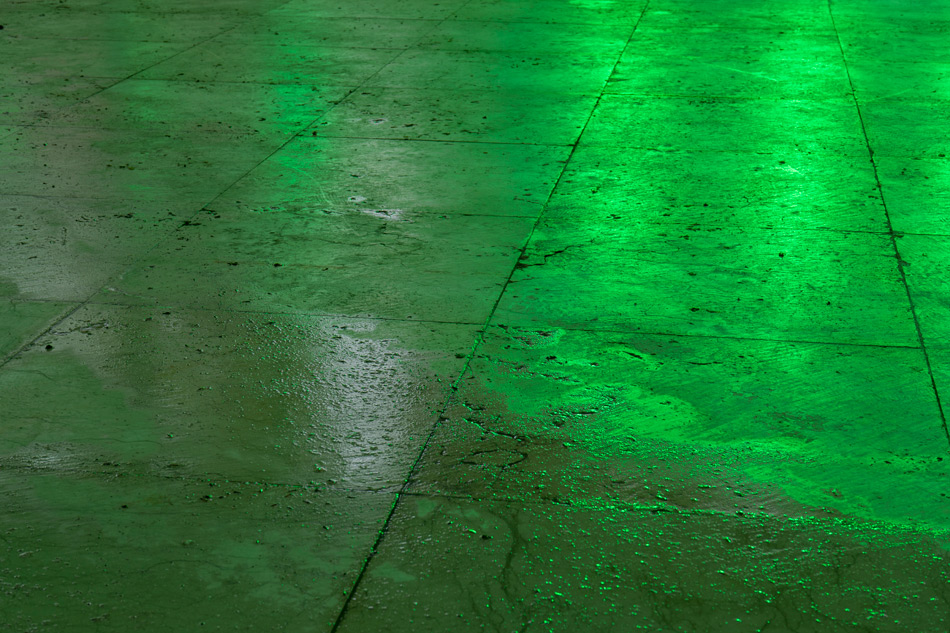 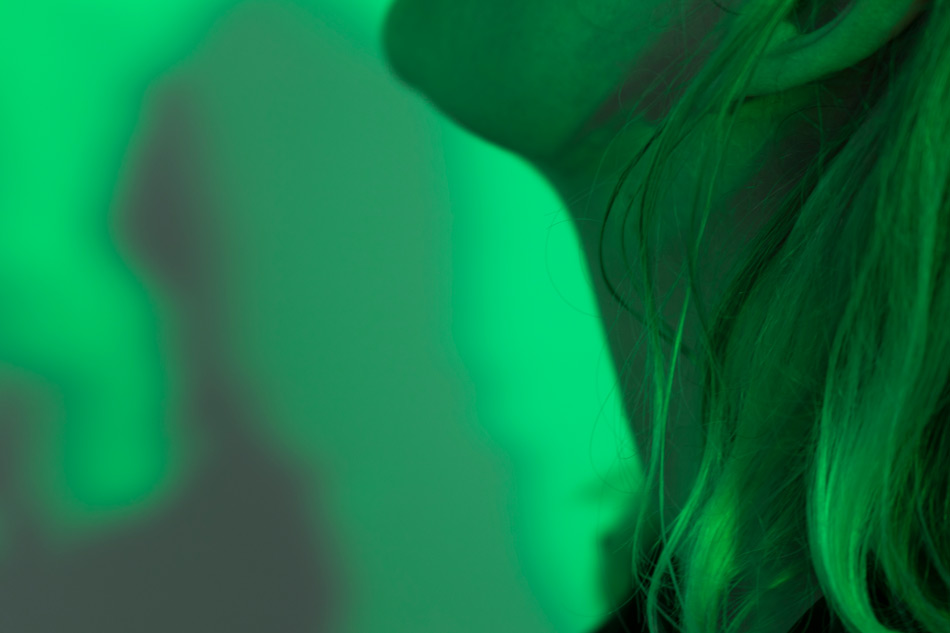 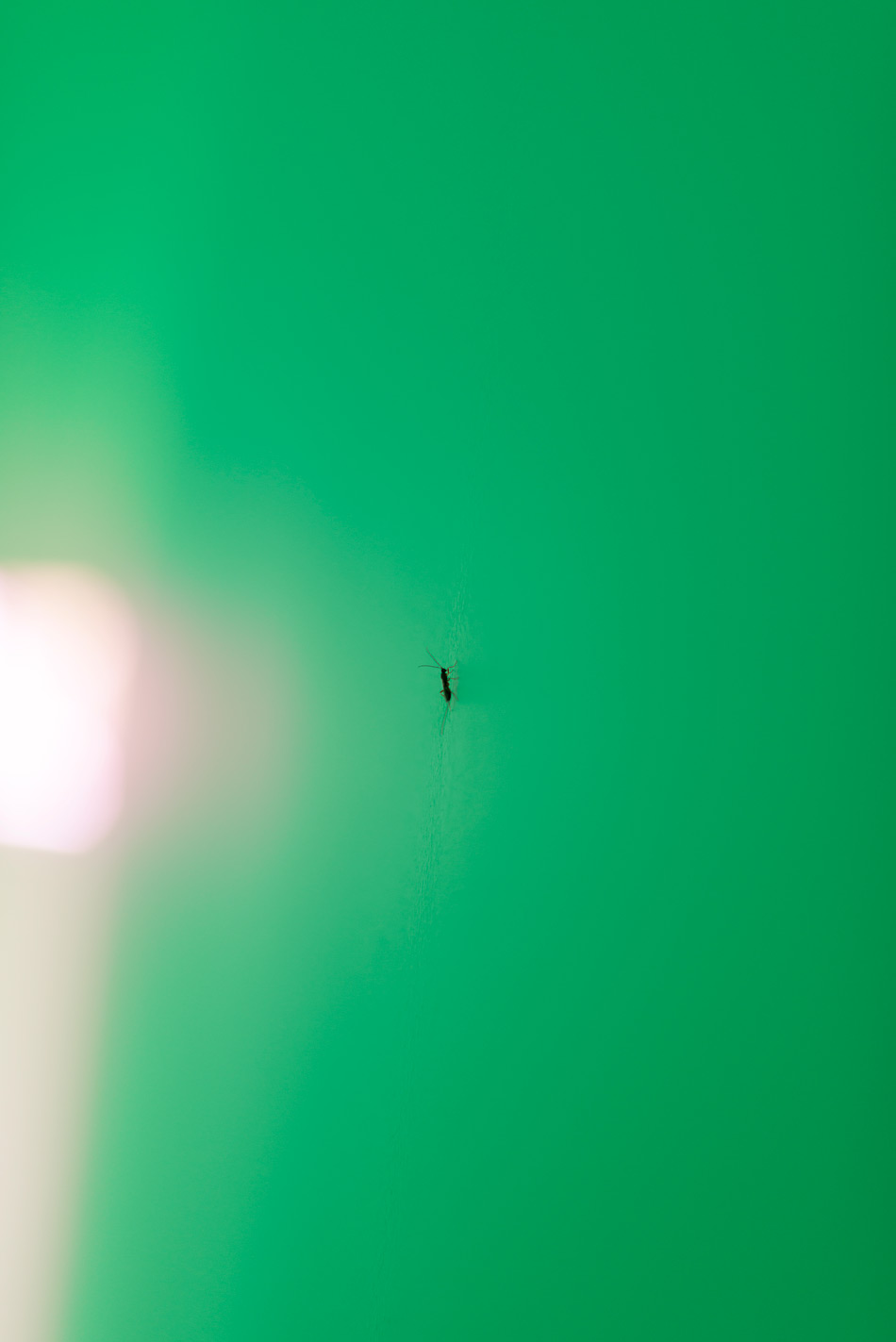 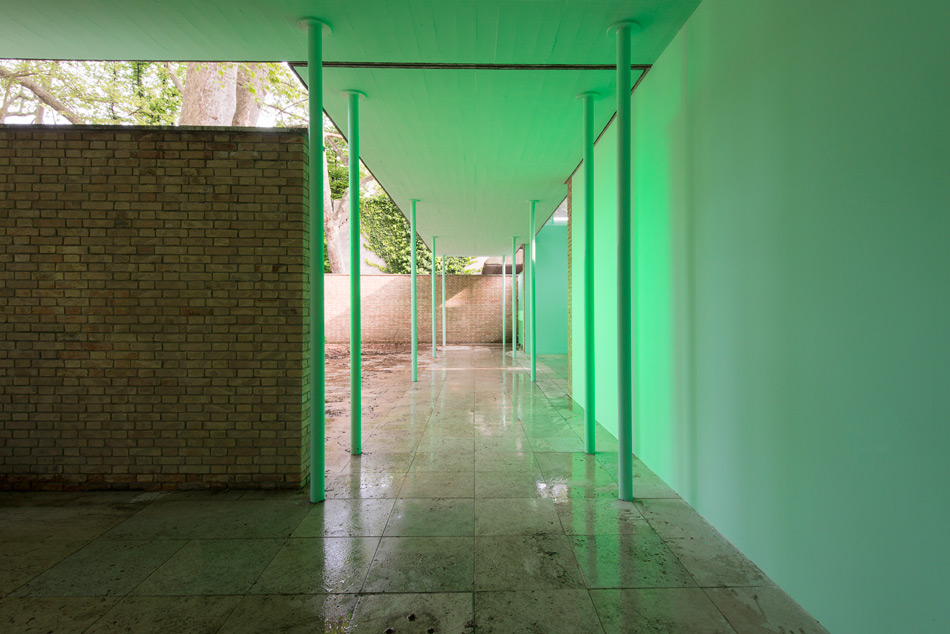 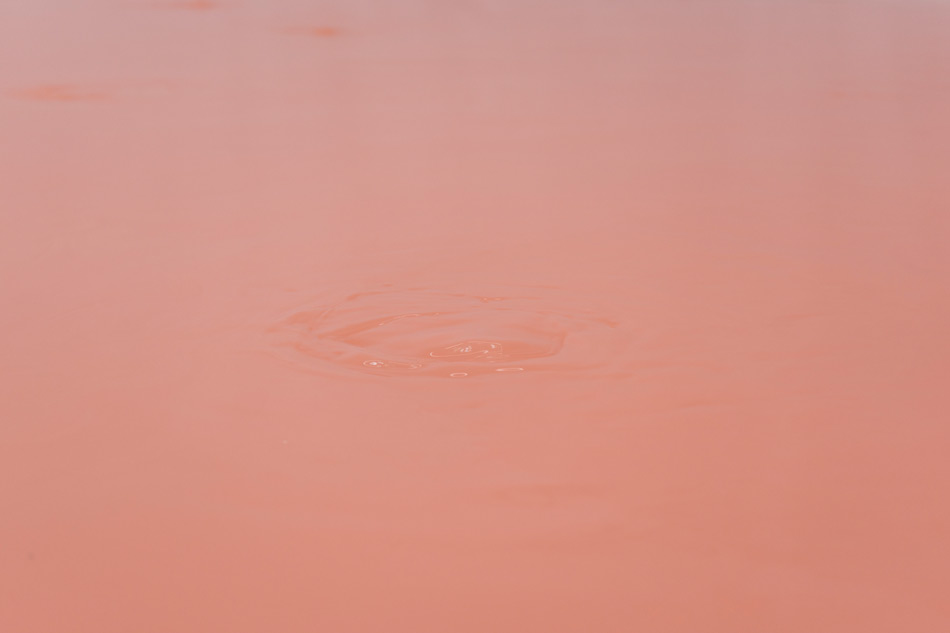 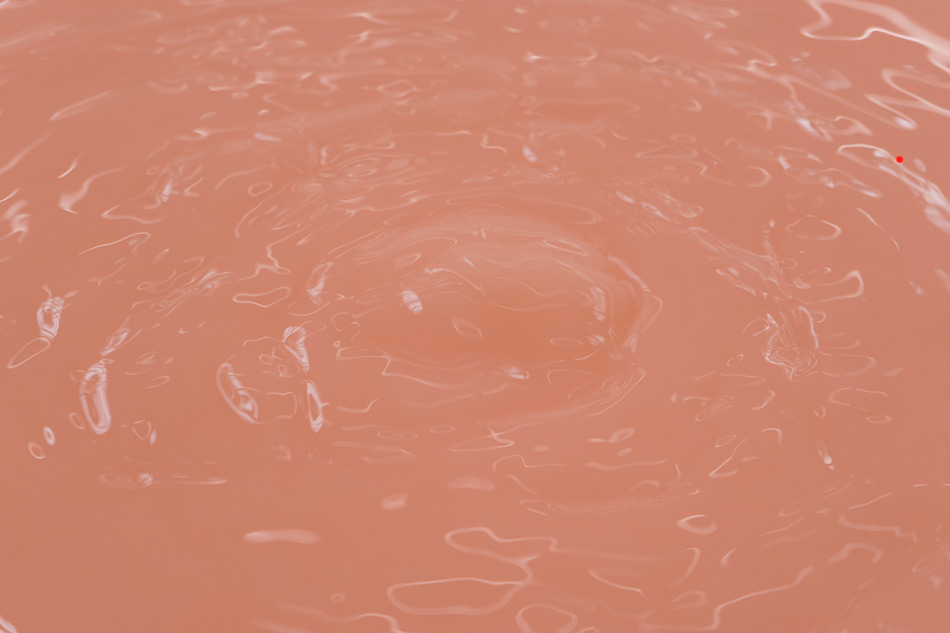