at: moderna museet, stockholm, sweden
from: january 31 to april 19, 2009‘I don’t feel it necessary to portray the world as it really is.’ japanese artist tabaimo will be featuring her works in an upcoming exhibition at moderna museet in stockholm. known for her captivating and sometimes disturbing animations, her art is a merger of social satire and personal experiences. primarily working with video installations tabiamo investigates issues of identity, female experiences and the individual’s place within the collective. her videos often set in a trivial, everyday environment, are driven towards the absurd, comic and at times grotesque. three of tabiamo’s latest works including ‘public convenience’, ‘midnight sea’ and ‘dolefullhouse’ will be shown. 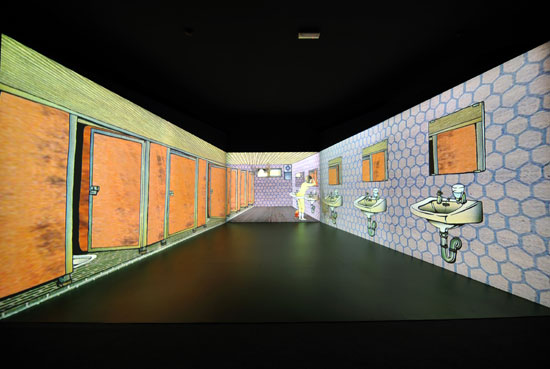 ‘public convenience’ (video still), strange occurrences happen among the women who pass by each other in the thinly screened off cubicles, 2006 image © tabaimo courtesy gallery koyanagi & james cohan gallery 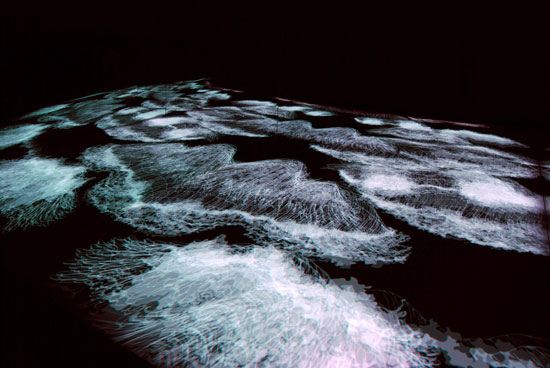 ‘midnight sea’ (video still), a stylised, nocturnal seascape opens up and waves break against the black surface of the sea, a japanese metaphor for the skin and aging, 2006/2008 image © tabaimo courtesy gallery koyanagi & james cohan gallery