japanese photographer taisuke koyama has a produced a series called ‘rainbow forms’. upon first glance, the pictures may appear flat, thus, misleading viewers to think that the photographs are a result of a graphic design experiment.

instead, these images are a photographs of a poster taken in central tokyo using a macro lens. a closer look will reveal that the images are loaded with layers of printing dots, residual dust left on the photographic paper, evidence of surface condensation and scratches. 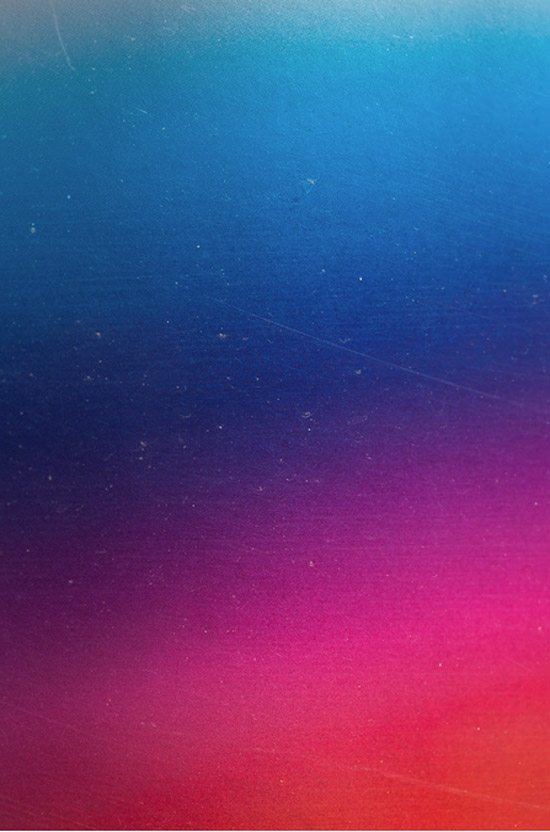 the work of koyama focuses on the concept of fakeness. in taking the photographs, the poster reminded him of actual rainbows. he unexpectedly found water droplets on the poster, giving the image a sense of texture and touch. while the photographs themselves are not literal representations of rainbows, koyama is interested in the way our eyes digest our visual surroundings and how the human eye ‘tries to see’ by filling in the information.

this series is a expansion of koyama’s study of light, natural phenomenons and the workings of the human eye. 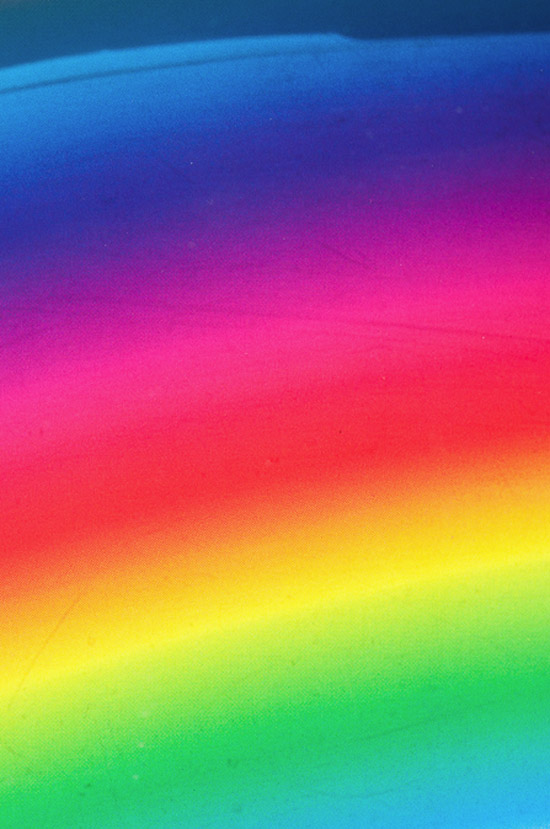 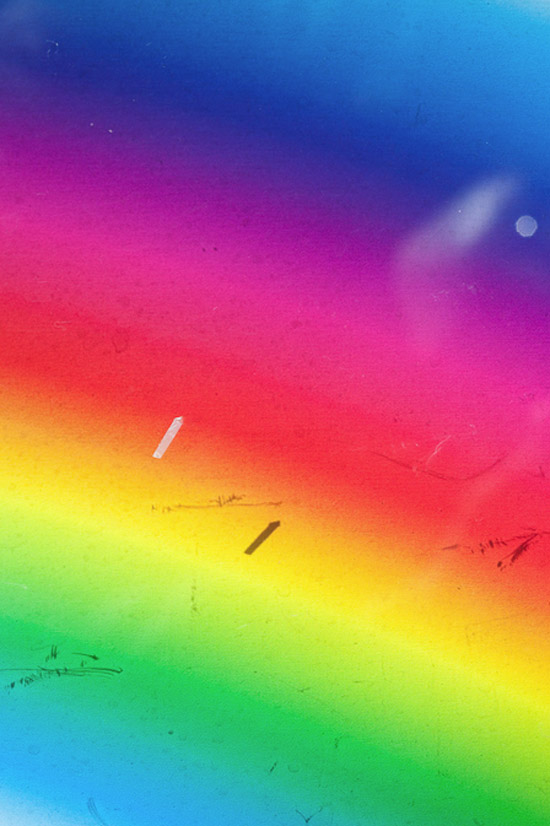 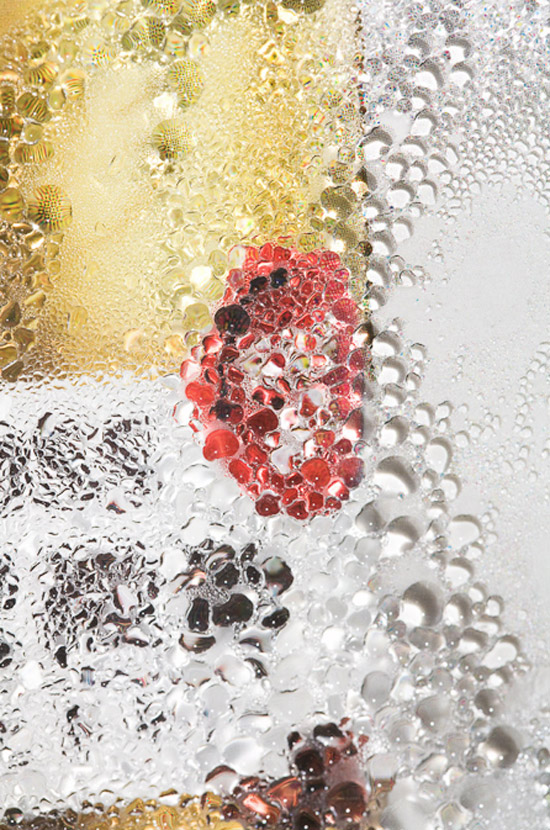 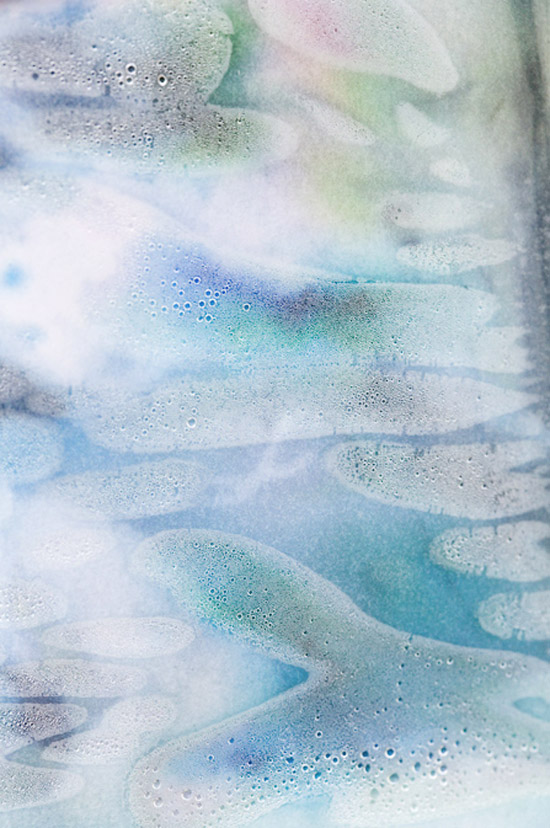 taisuke koyama’s solo show entitled ‘taisuke koyama: artworks from AN10’ is on until april 11 in tokyo at the foyer of the museum of contemporary art. 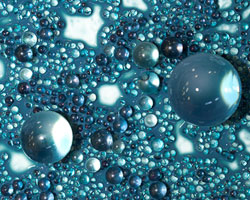