italian sculptor gaetano russo’s monument depicting christopher columbus, first unveiled in 1892 to commemorate the 400th anniversary of the explorer’s voyage to the americas, has been re-envisioned by tatzu nishi as a large-scale, interactive public art work. the berlin-based japanese conceptual artist has conceived of a temporarily transformative art installation for new york city’s public art fund. visitors may meet the historical public sculpture in the center of columbus circle up-close– standing in a newly constructed viewing room almost face to face. 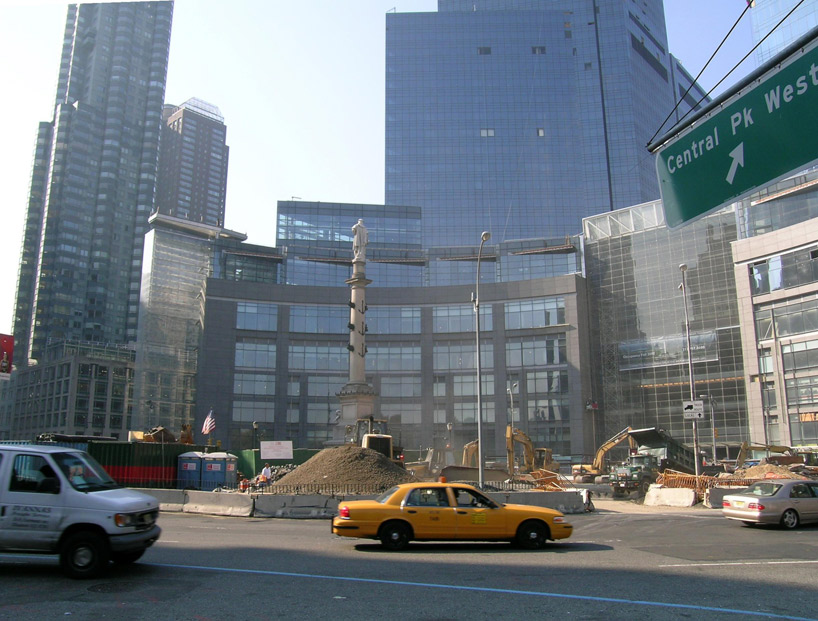 the resting place of the massive public sculpture | image via

nishi has developed the installation as a contemporary living room constructed from scaffolding on a platform six stories above the street. by building the monument into a domestic, wallpapered space complete with seating, lighting, a coffee table, television, and expansive windows, the visitor may share the view of the iconic work, overlooking central park and midtown manhattan, experiencing the city from the same height as the italian explorer. the run of this show is produced in conjunction with the public art fund‘s organization for the conservation of gaetano russo’s columbus sculpture with the assistance of the new york city department of parks and recreation, art and antiques. 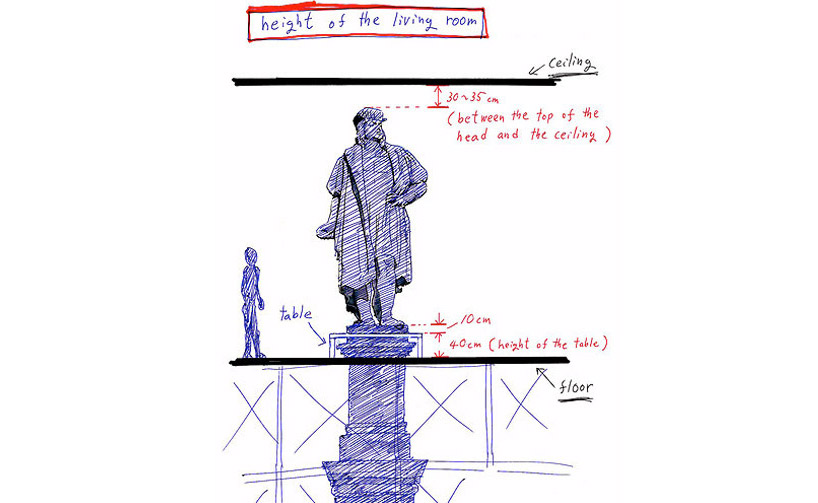 ‘christopher columbus is an enduring icon of exploration and discovery, and the prominence of columbus circle is a testament to his historical and cultural significance,’ said nicholas baume, public art fund director and chief curator. ‘when tatzu first visited new york city, he became fascinated with the statue. he realized that despite its central location the columbus statue is barely visible, a solitary figure hiding in plain sight atop a column some 70 feet in the air. tatzu felt it was time to give columbus an apartment of his own, with central park views, and to throw an open house to which all of new york city is invited.’