the ICA in london presents the first solo exhibition in the UK by american artist tauba auerbach, who works in a wide variety of media and takes an innovative approach to mechanical processes, color and media. the exhibition of new work features sculptures and photographs, which play upon the scientific principles of symmetry and reflection as a means to hint at an alternate universe. with a fascination in topology, mathematical studies, and shapes and spaces, auerbach has ‘begun to see it at the root of everything: the nature of the physical space we inhabit, the way atoms bond to one another, the structure of a thought, an idea or an argument, the geometry of the brain and all the chemical reactions that take place in the body, or the manner in which people are connected to one another socially. the character of each of these things seems to be defined in large part by topology’ as she explains. 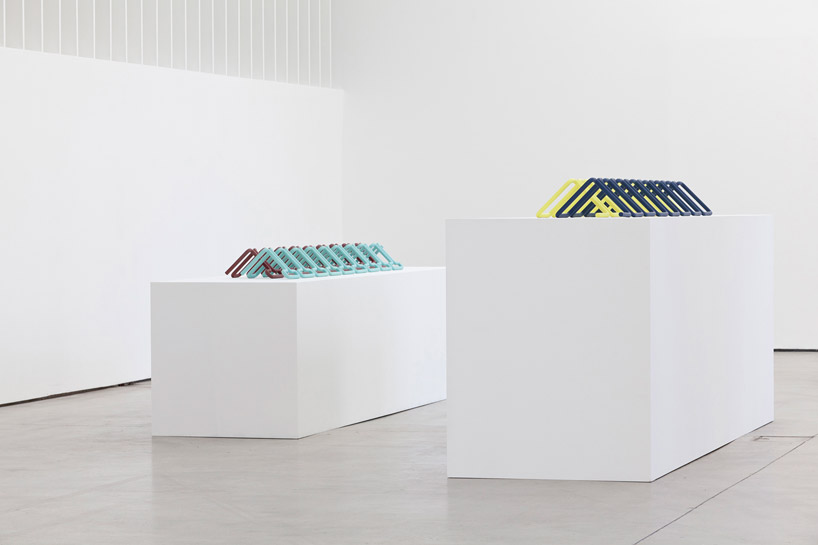 for this show, auerbach takes inspiration from american author martin gardner’s renowned book, ‘the new ambidextrous universe’, which explores the chiral molecule, four dimensional space, the asymmetric DNA helix, and particle physics. created especially for this exhibition, auerbach has produced a series of sculptures that engage with symmetry, light polarization and interconnectedness and a single photograph. using technologically enhanced techniques to build forms in metal and glass, auerbach has created interlocking three-dimensional structures including a collection of floor-bound forms, waterjet cut from plywood and aluminium, circumnavigate the impossibility of reflecting a 3D object without flipping it over in 4D space. 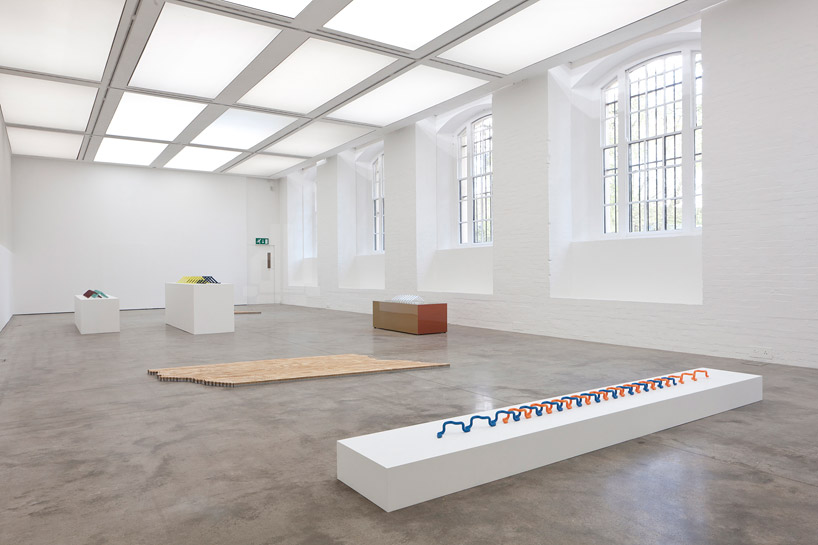 installation view at the ICA 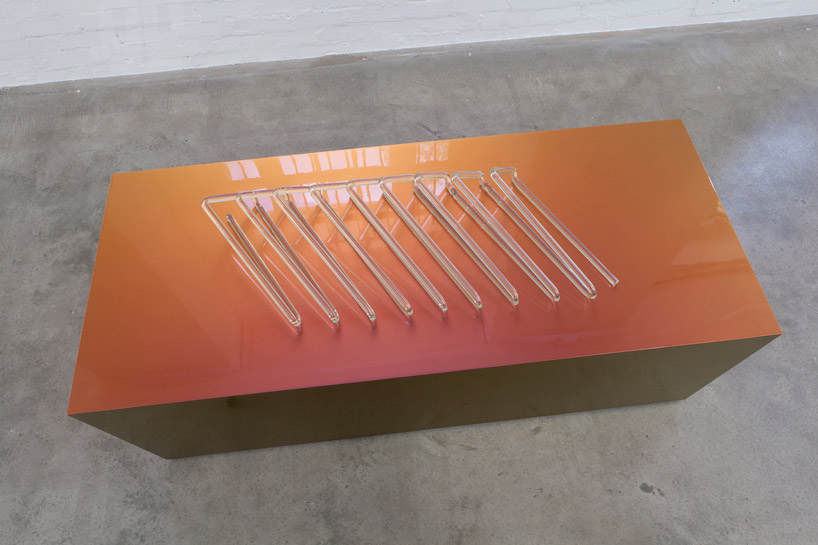 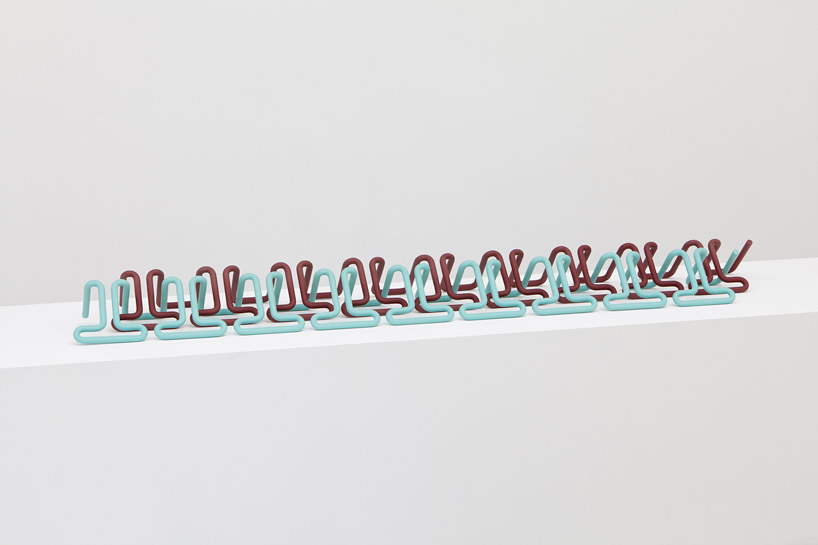 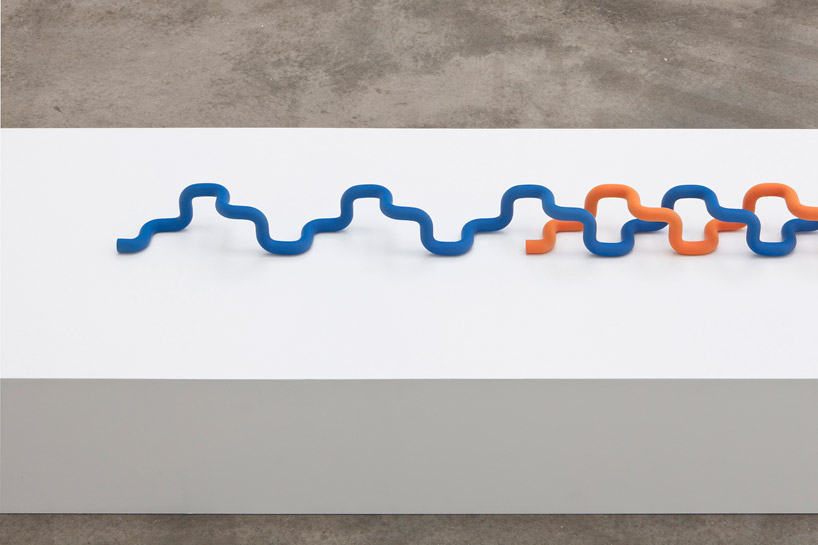 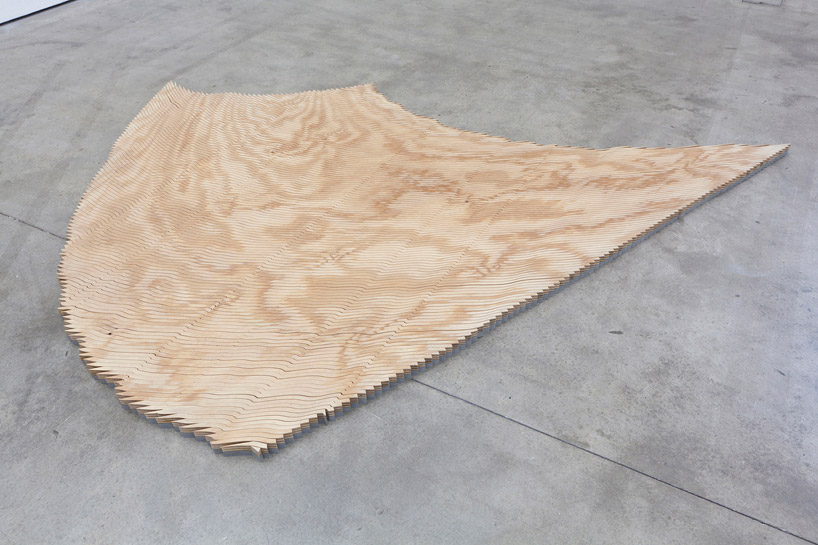 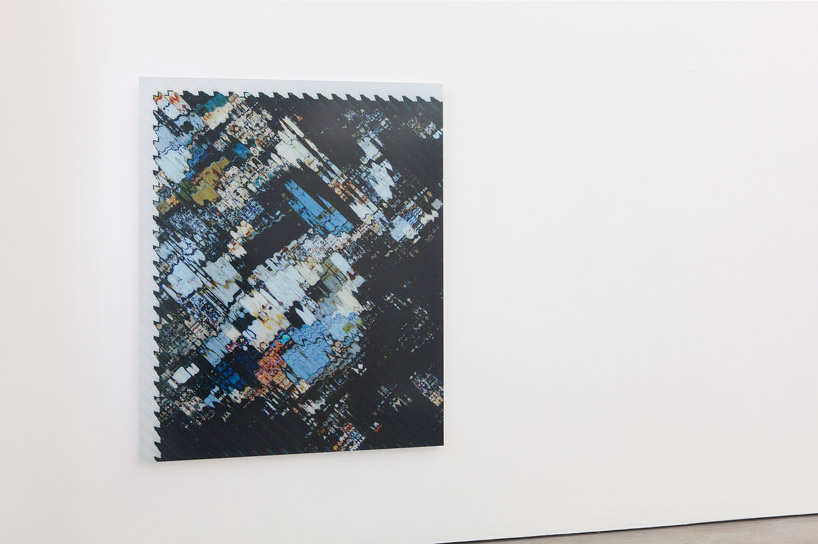 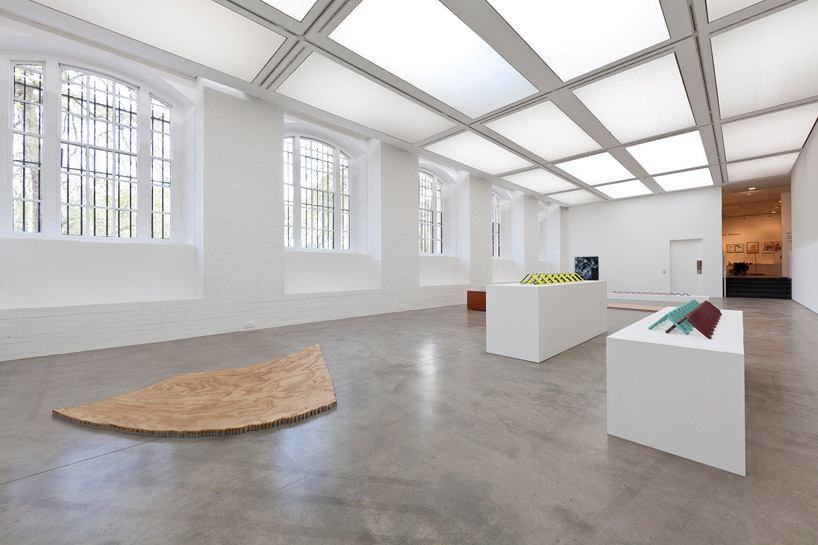 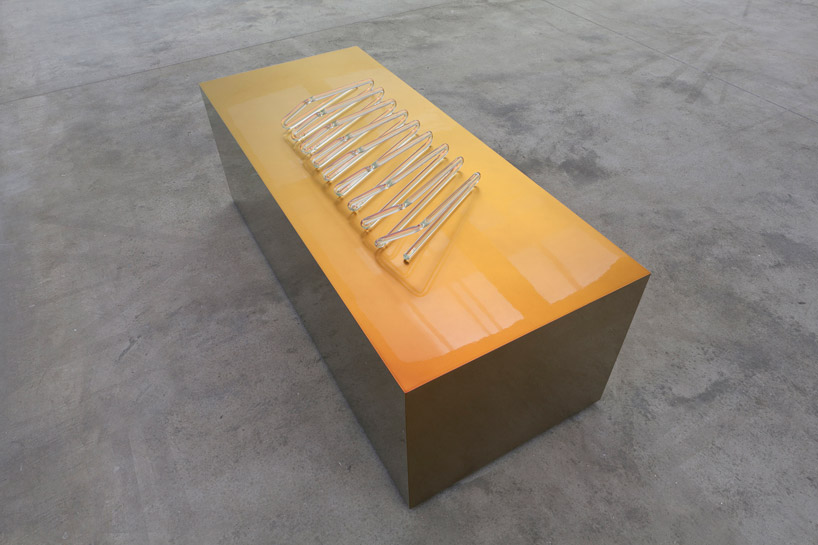 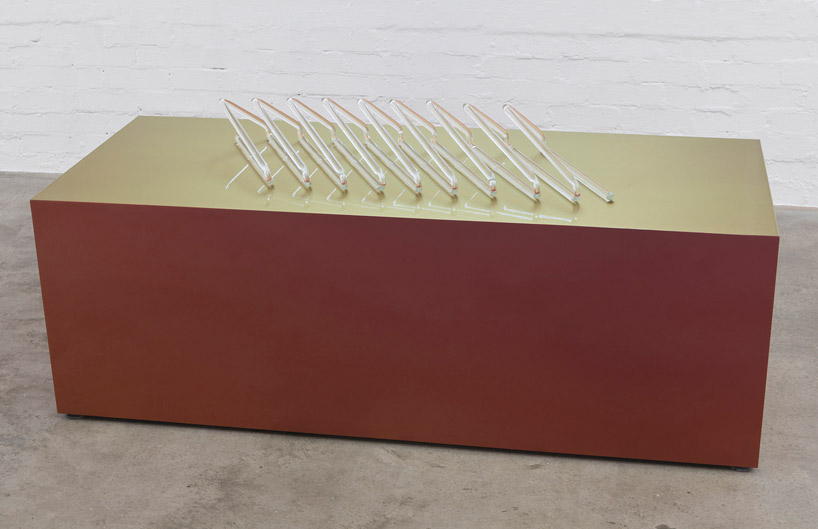 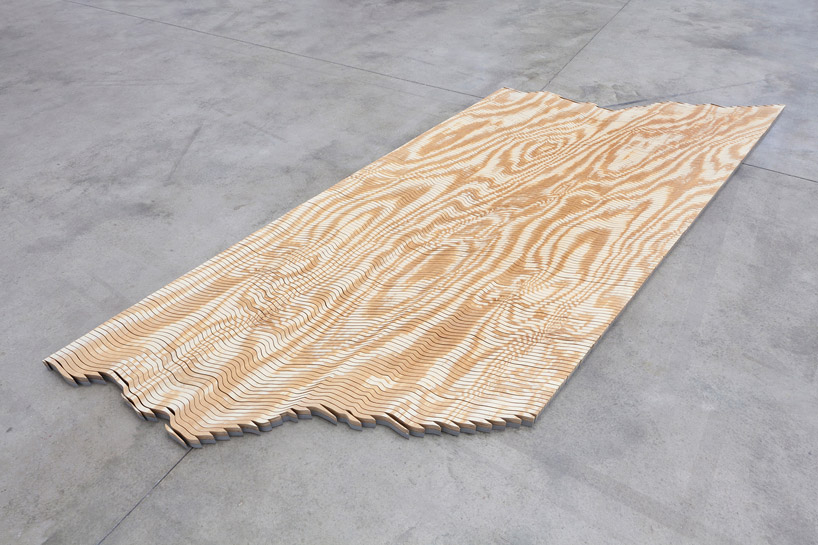 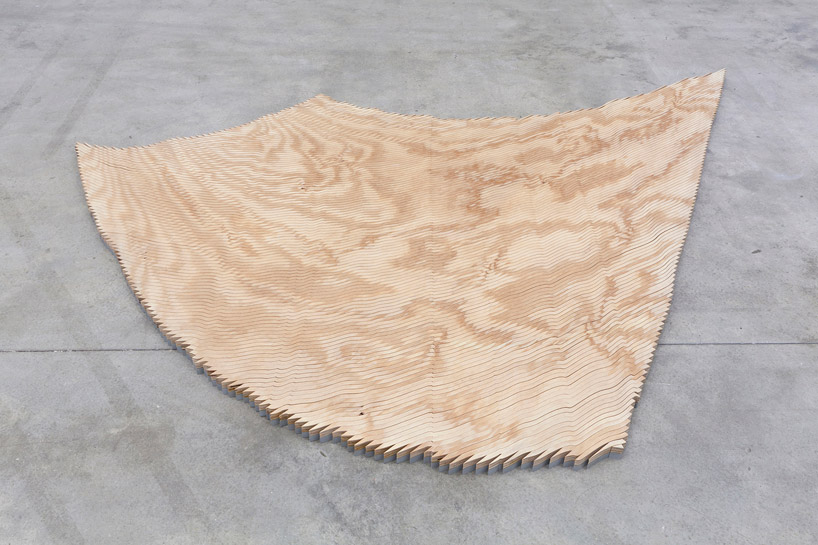 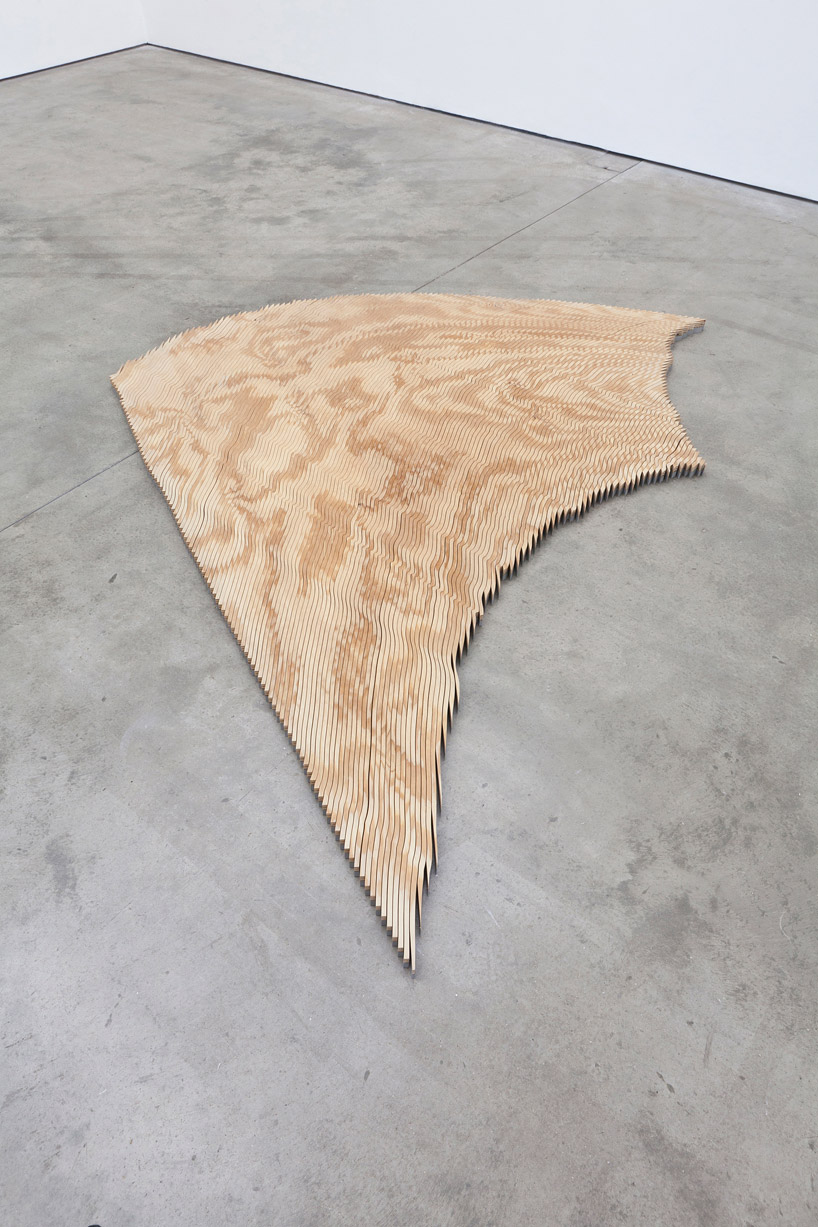 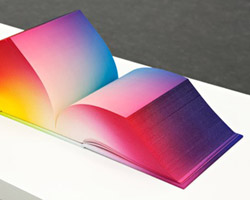