from now until dec 25, 2015, visitors to the enoshima aquarium in kanagawa, japan are immersed in a field of digital nature projected onto the big sagami bay tank filled with aquatic life. the installation ‘flowers and fish’ by japanese studio teamlab depicts botanical forms, leaves, and petals slowly floating across the surface of the water tank, blooming and collapsing in response to the passing fish inside.

softly-lit projected blooms overlay the marine life swimming through, momentarily turning them into colorful and floral hybrid beings. when the fish in the tank cross the flowers’ path, they scatter into a burst of glittering petals that gradually fades from view. as the images used for the installation are not pre-programed, but rather determined by the movement inside the tank, the compositions created are completely unique throughout the duration of the installation. 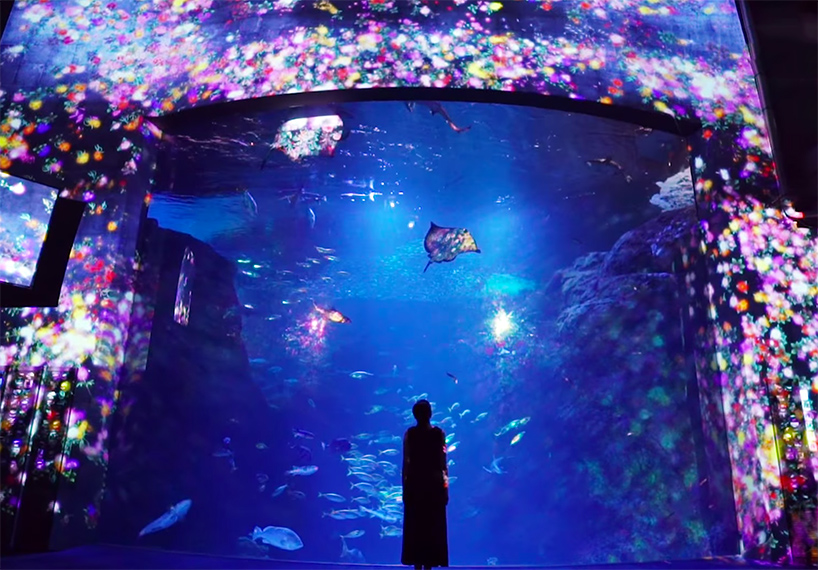 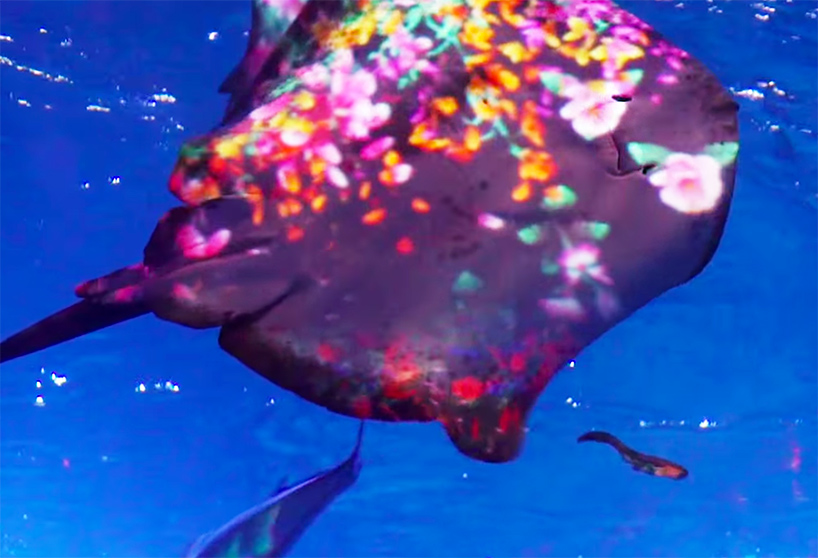 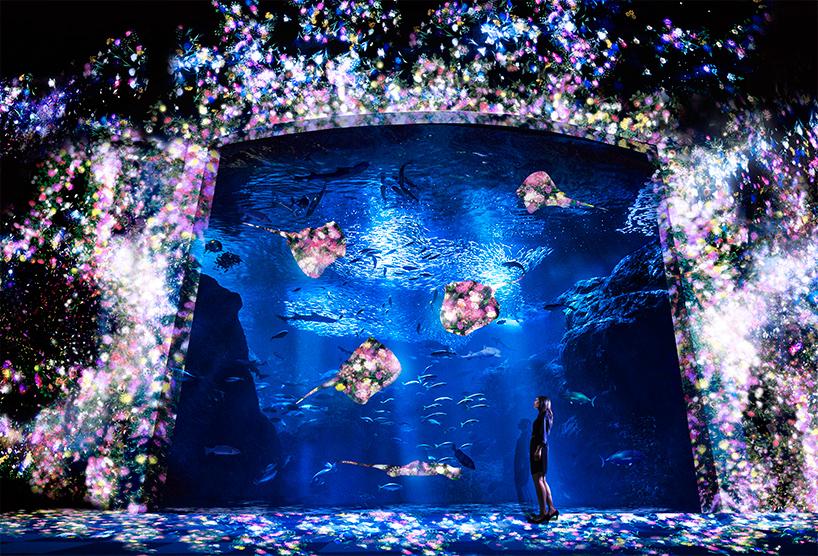 a visualization provides a look at the endlessly changing floral landscape

a series of additional installations placed throughout the aquarium include ‘resonating spheres and night fish’, a series of orbs which change color in response to human touch; ‘sketch aquarium’, which allows physical drawings to be transferred to a digital wall; and ‘small resonating sea’, which changes the color of a fish tank when people approach. 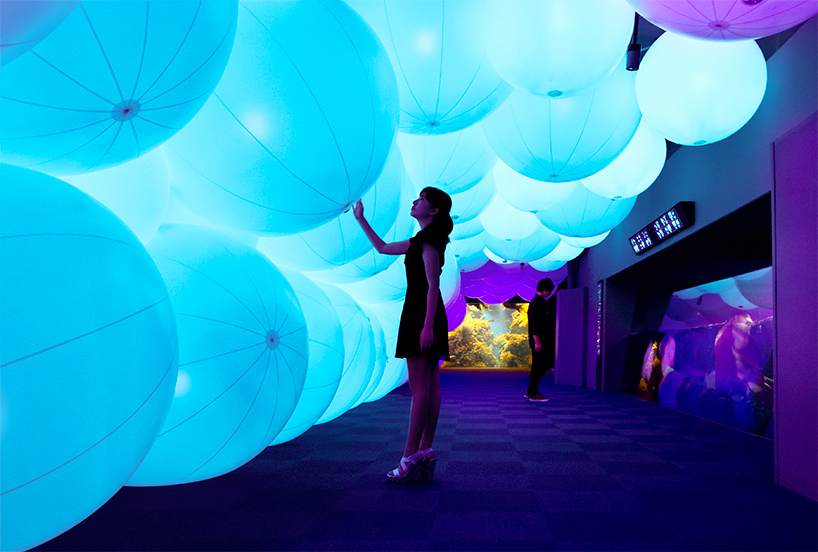 view of ‘resonating spheres and night fish’, which changes color in response to human touch 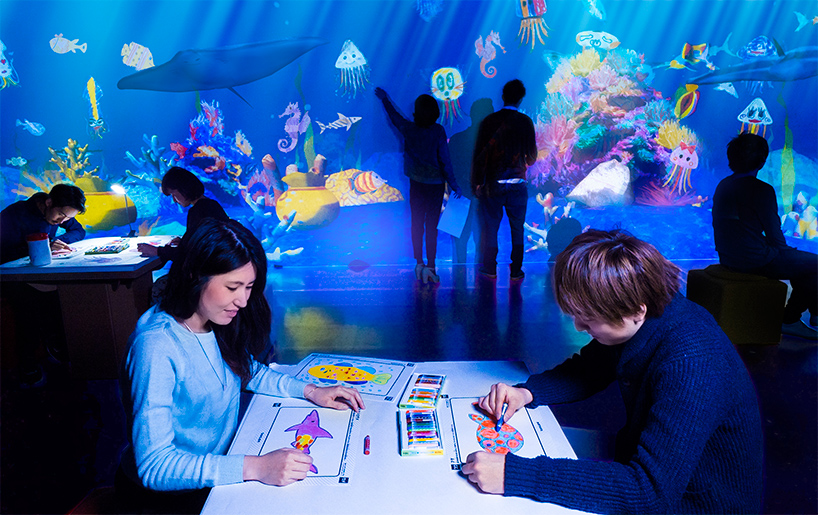 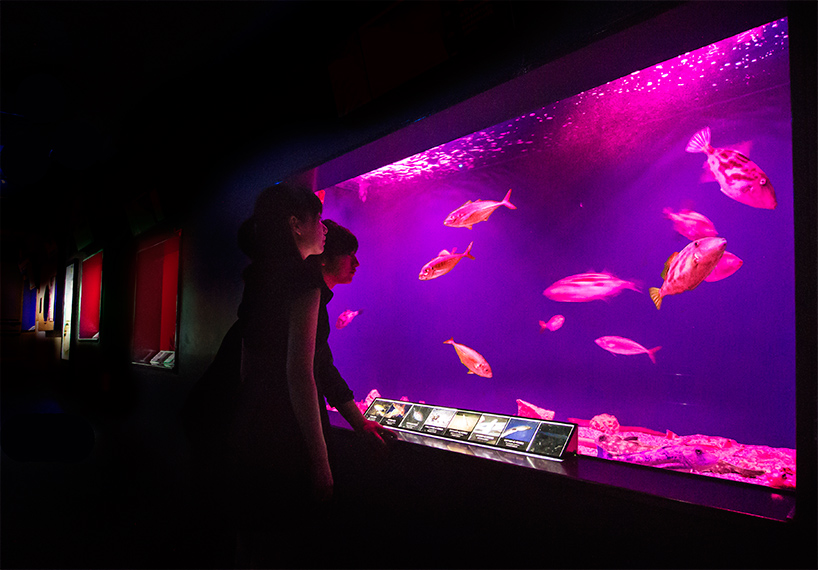