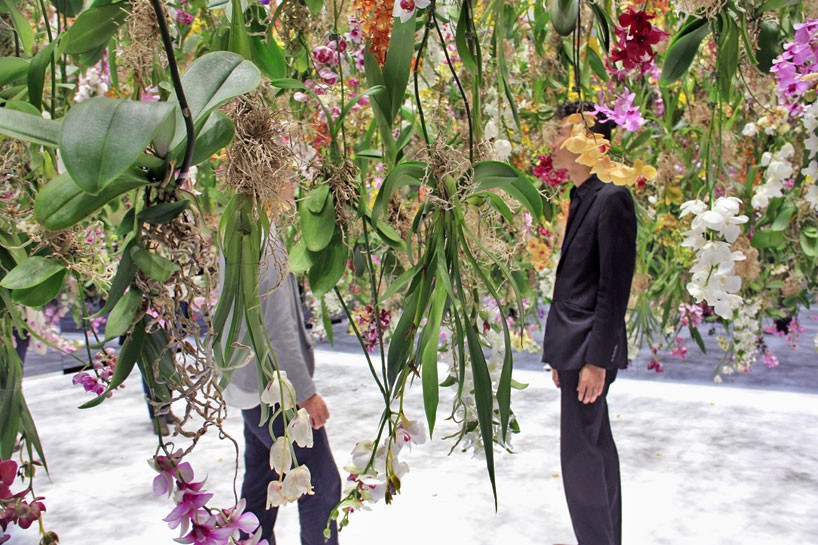 previously showcased at tokyo’s miraikan national museum of emerging science and innovation, japanese collective studio teamlab‘s serene installation ‘floating flower garden’ has been transported, re-suspended and put on show once again during this year’s maison et objet in paris. engrossed with a vivid and dense canopy of orchids imported from holland, visitors enter and is immediately embraced with an amalgamation of actions happening at the same time. from calming music in the background, the blend of fragrant aromas, to the flowers slowly moving and adapting to movement, it is evident that the installation aims to stimulate viewer’s senses and emotions. 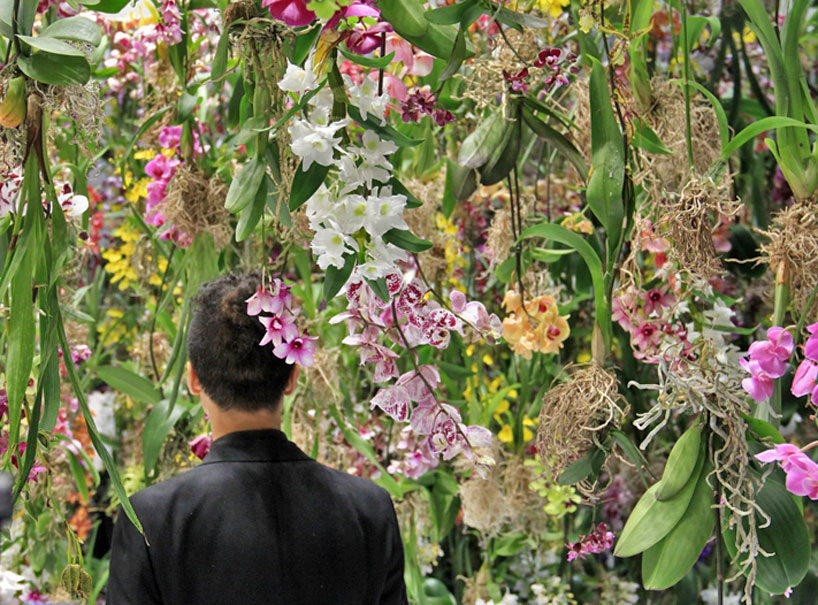 comprised of a collective of designers and creatives from japan, the studio has a growing portfolio of installations that blur the boundaries between the arts and the digital domain. their engaging work often places the viewer as an active participant and ultimately, becoming part of the piece itself.

at maison et objet, we interview takashi kudo and aki hamada of teamlab where they discuss living with nature, how they resolved the ‘machinery’ movement of the flowers, and their influence of japanese zen gardens. 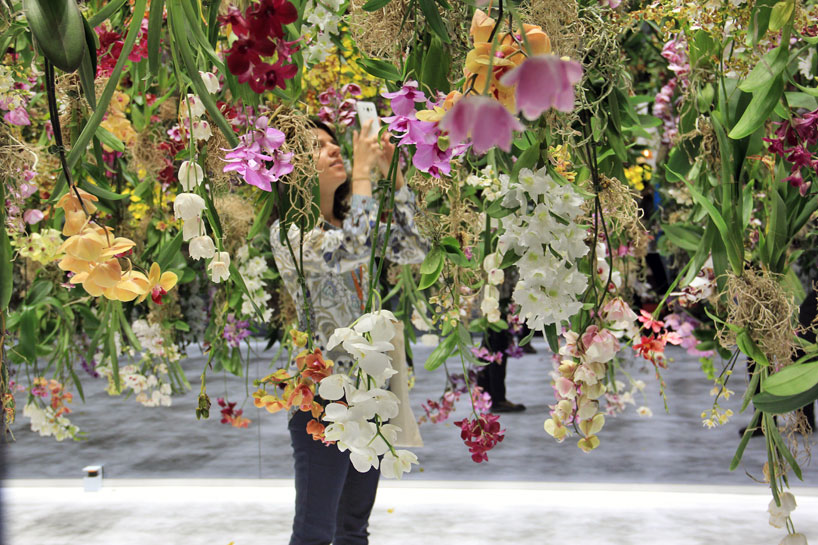 ‘a person will become integrated with a flower when they look at a flower and the flower looks at them, possibly at this time the person will truly see the flower for the first time.’– teamlab 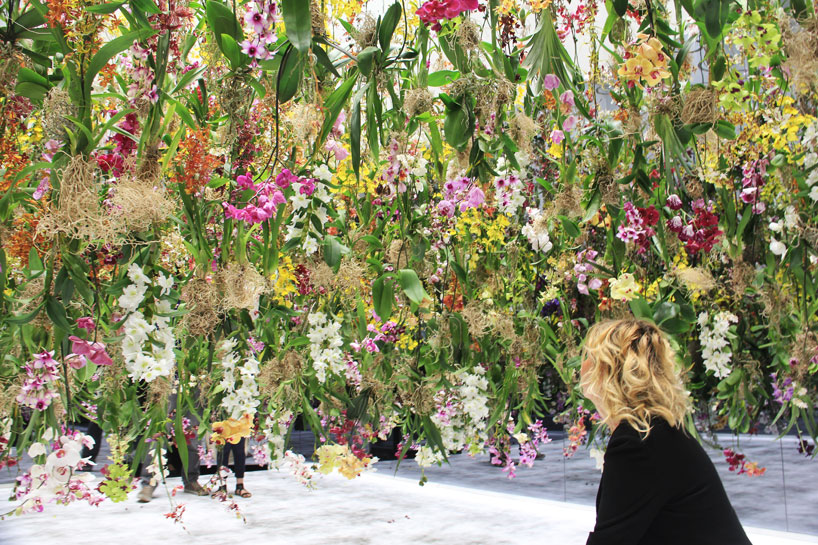 over 2,300 floating flowers bloom in the space
image © designboom 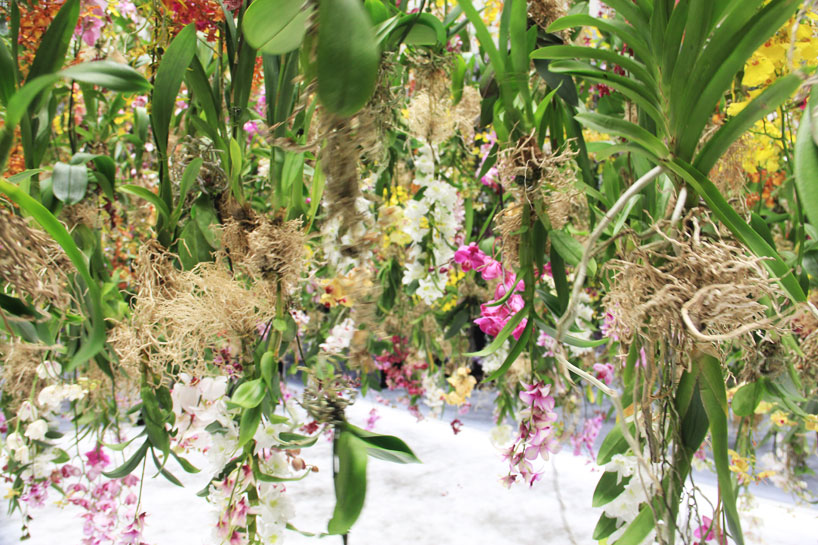 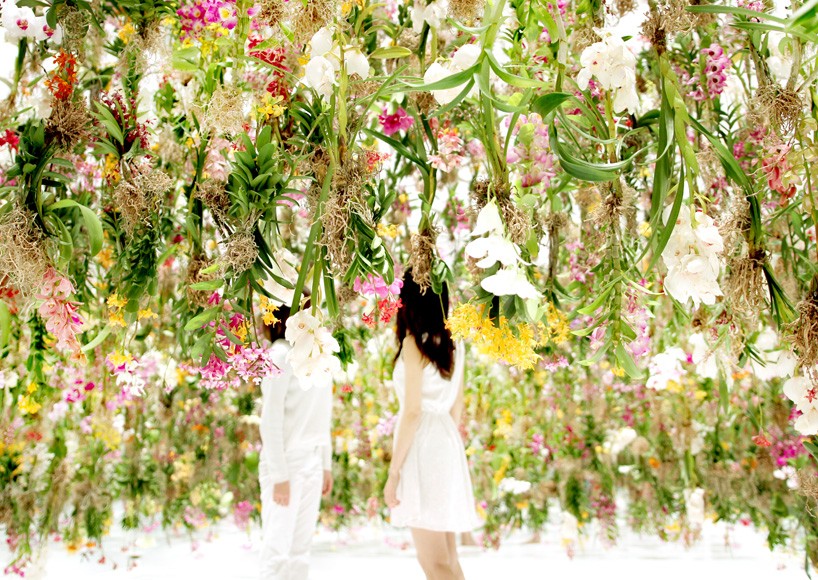 the installation was previously exhibited in tokyo
image courtesy of teamlab 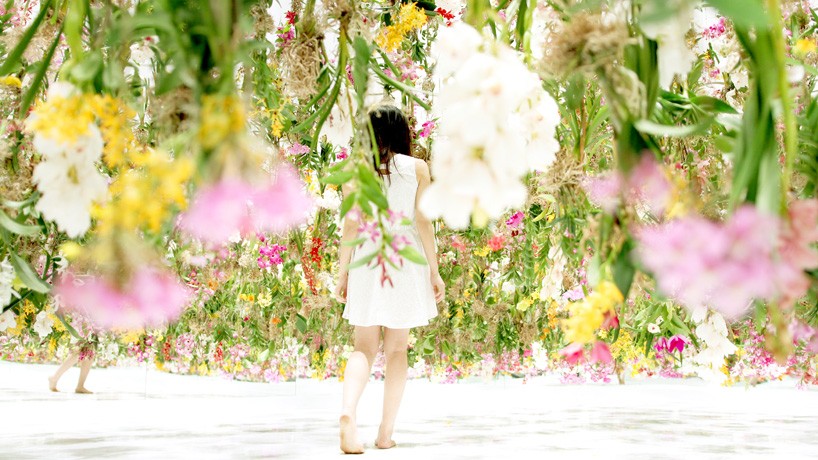 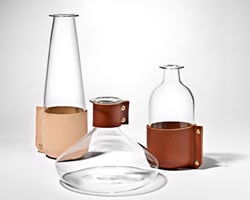 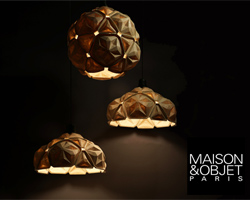 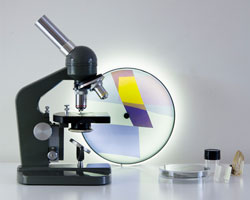 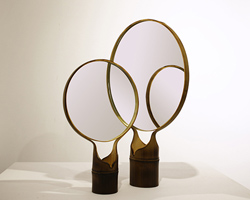 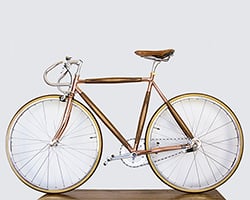 Sep 16, 2015
dots object experiments with wood to create the plybike

teamlab unveils its ephemeral and luminous exhibition 'prayer' with no audience