japanese art collective teamLab has unveiled teamLab forest in fukuoka, a new museum consisting of two different events divided into seven brand-new installations: catching and collecting forest, and athletics forest. the first one proposes a new learning space based on the concept of catch, study and release, in which people explore the world with their bodies, discovering, catching, and broadening their interests based on what they capture. the second one is a new physical creative space that trains spatial awareness based on the concept of understanding the world through the body and thinking the world three-dimensionally. 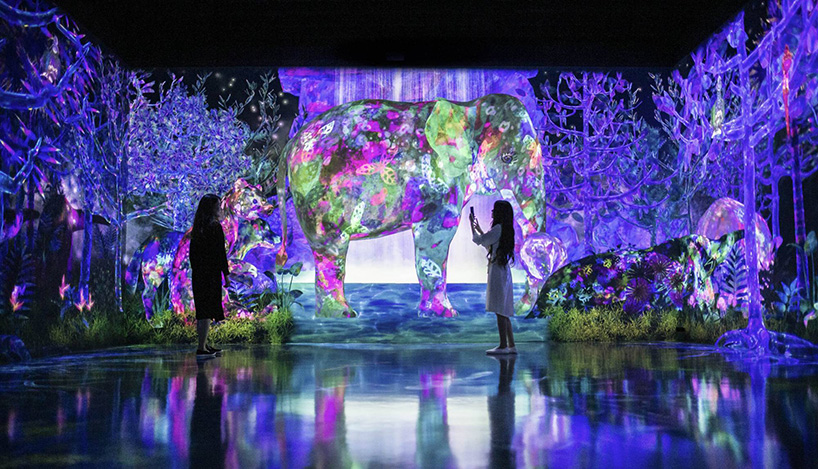 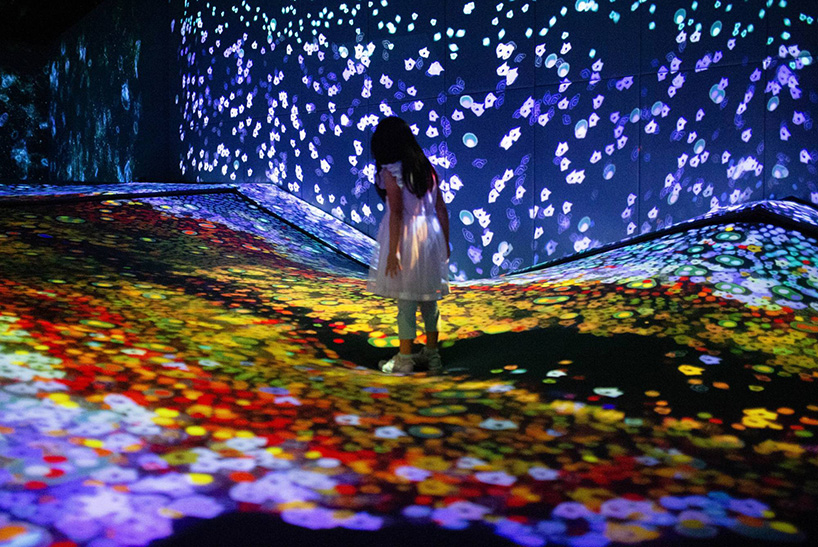 teamLab believes that is essential to continue learning throughout our lifetimes and that our education system — that of teaching and memorization — is not the way to go. instead, they say that independent learning based on personal interests has greater potential. ‘physically exploring with others, discovering and catching something, then taking the chance to broaden interests based on what was caught. this is what we have been doing naturally over the long course of human history. for humanity, the acts of catching and gathering are fun, educational, and part of life.’ 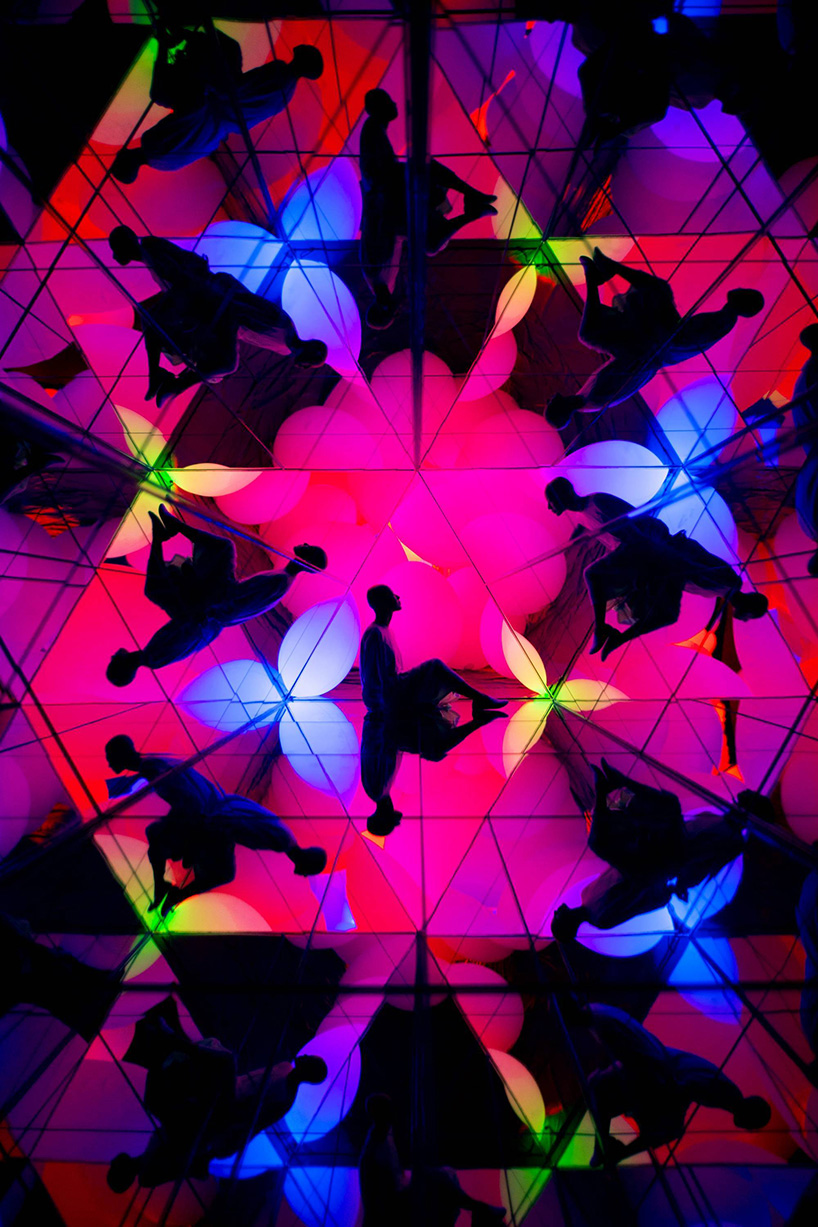 for the athletic forest part, teamlab has created spaces that encourage three-dimensional thinking using the body. ‘there are variety of social skills, such as; sociability, leadership, and communication, that all refer to the ability to engage with people and the world,’ teamlab continues. ‘these abilities require extreme cerebral activity to process an enormous amount of spatial information that is constantly changing, as well as the expressions and attitudes of people, and the situation as seen by that person. they are a set of intellectual activities that are very different from the intelligence used with the body fixed in place, processing small amounts of information, as is the case with studying in school.’ 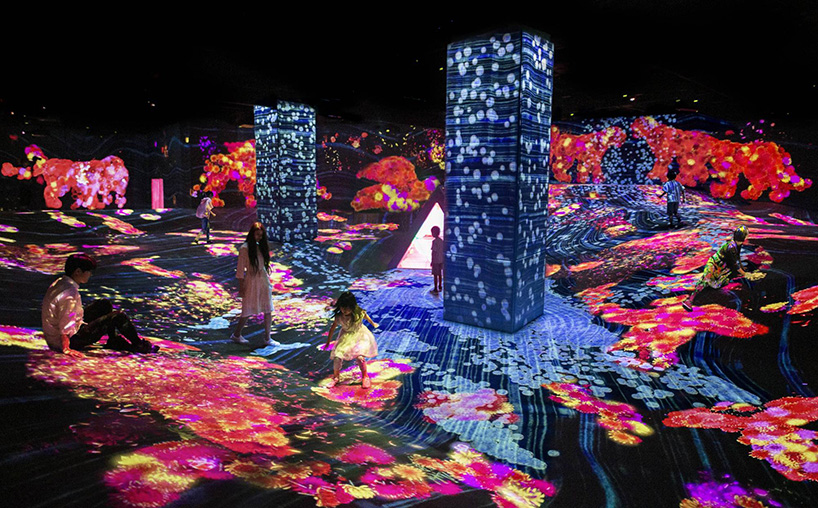 with this exhibition, teamlab highlights that humans understand the world and think with their bodies. overall, the project aims to encourage the enhancement of three-dimensional and higher-dimensional thinking with the body. 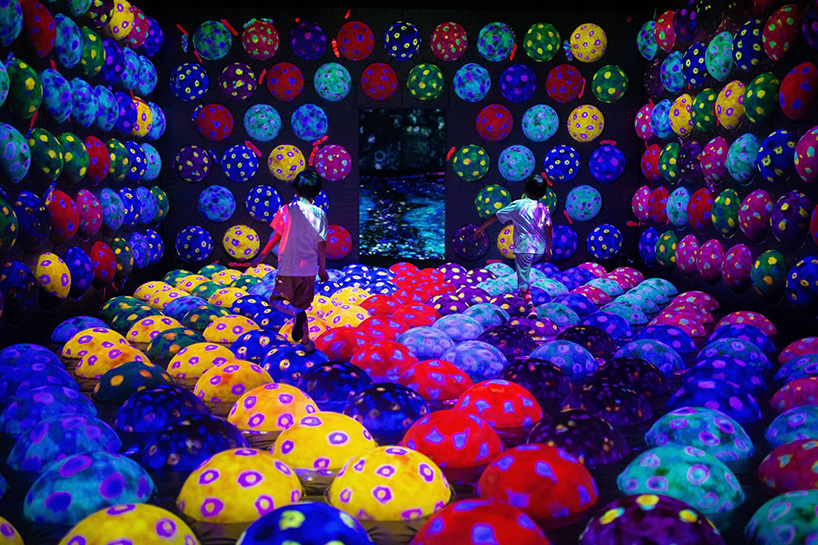 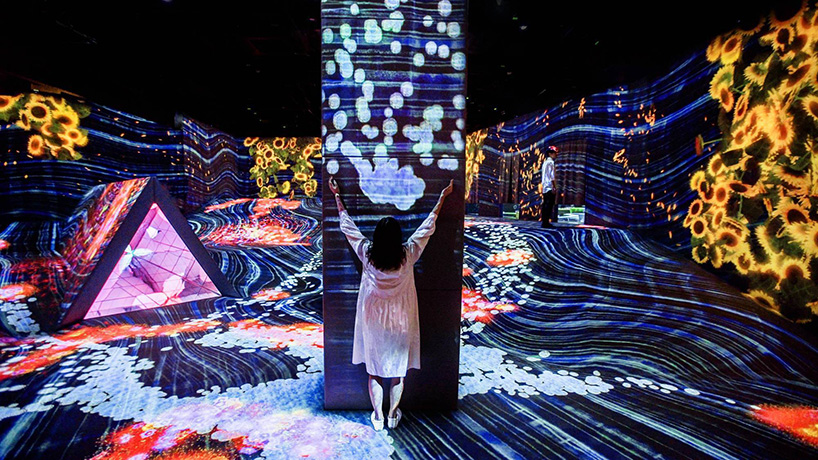 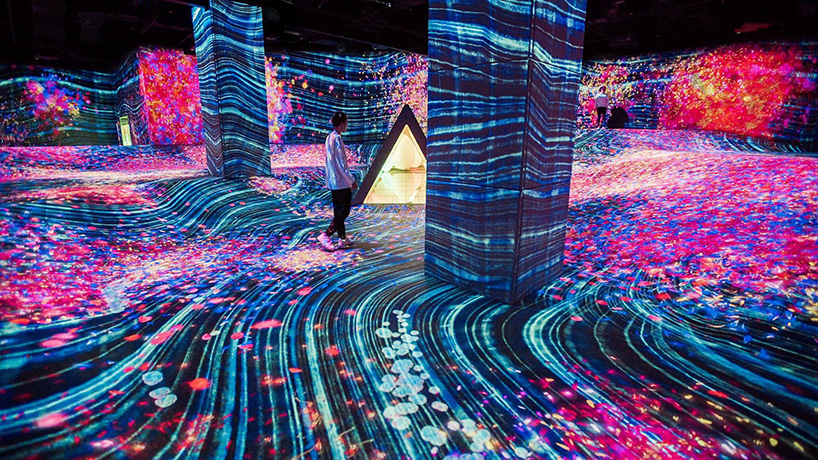 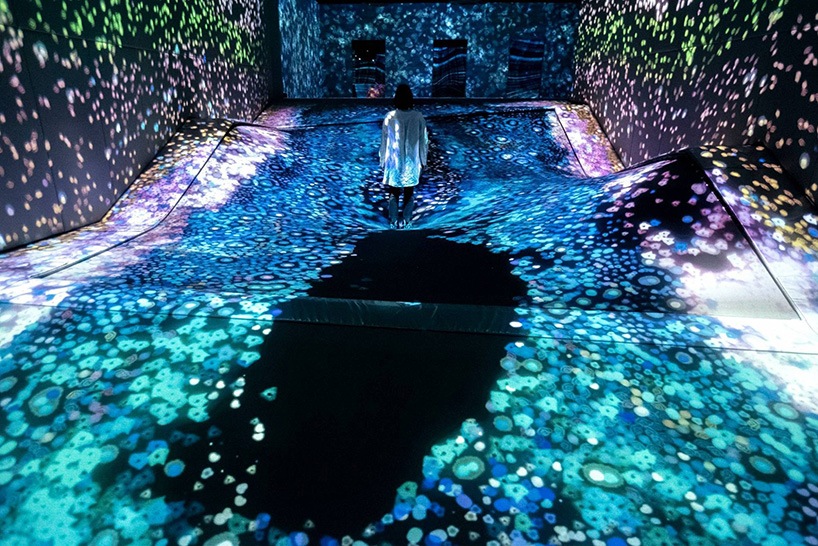 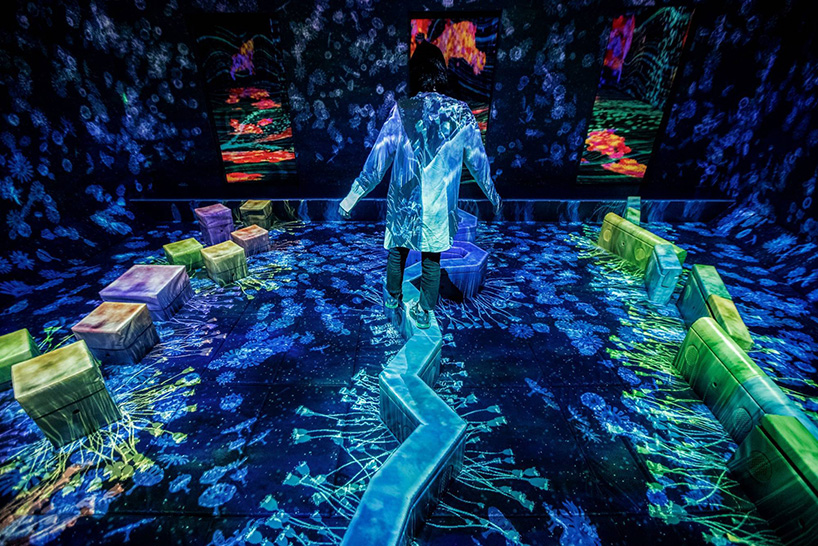 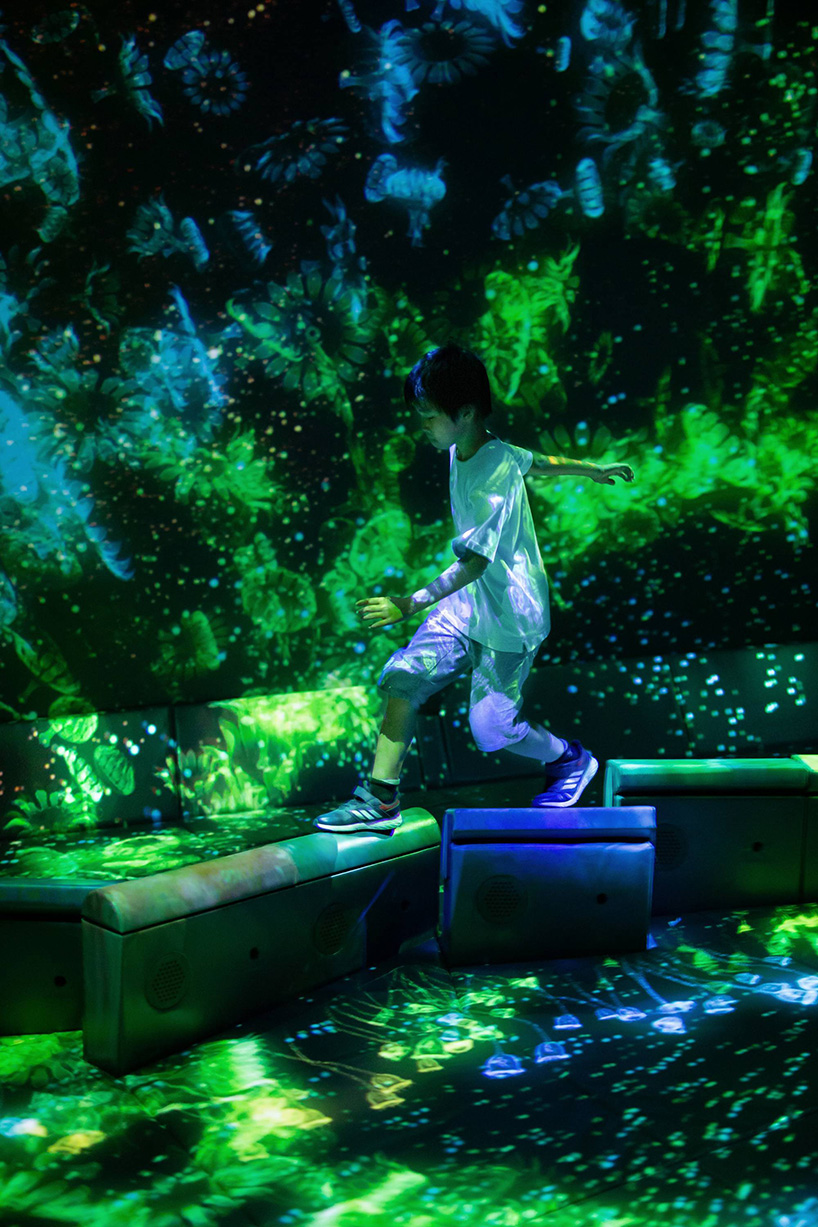 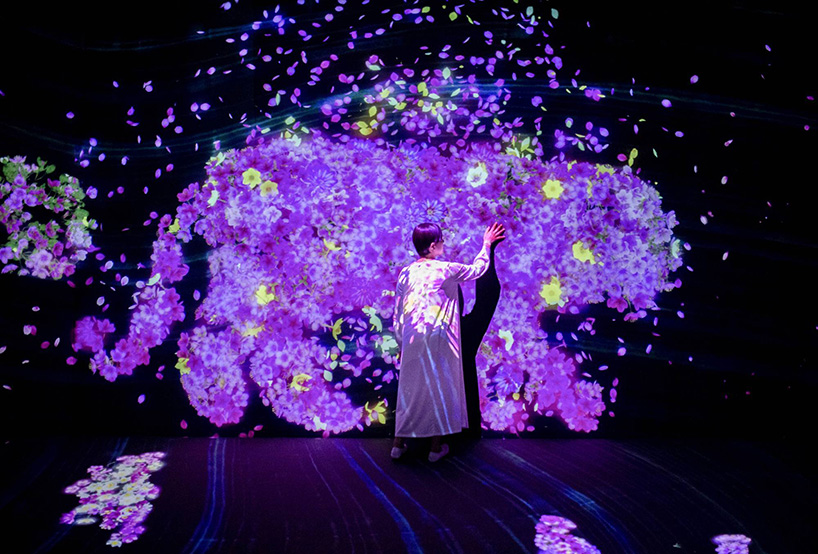 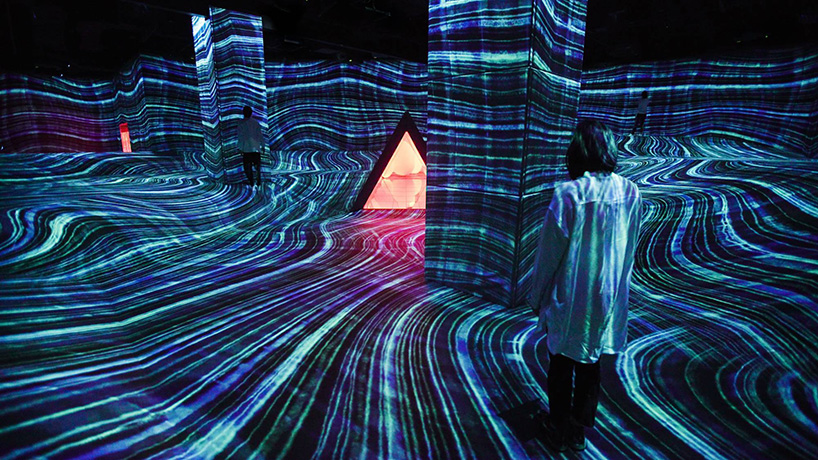