under the theme of ‘harmonious diversity’, teamlab showcases two art exhibits within the expo 2015 milan japan pavilion. the interactive installations are spread across two rooms, comprising an immersive projection space that requires the visitor to wade through a technological expanse, to a digital waterfall of information, relaying descriptive knowledge about japanese food.

rice fields are the backbone of japan’s food culture. in order to demonstrate the importance of paddy fields for the japanese people, both traditionally and culturally, teamlab describe the necessary relationship between humans and nature. the exhibition space is infilled with an interactive art installation comprising a sea of screens resembling ears of rice. these screens have been installed at varying heights throughout the room — spanning from visitors’ knees to waist — creating an interactive projection space that seems to spread out infinitely.

the projected images that make up ‘harmony‘ change with visitors’ movements as they meander through the vast expanse, making them both appear and feel as if they are wading their way through rice fields. as they wander around, people can experience the passing of nature that is characteristic of japan across the period of a whole year. 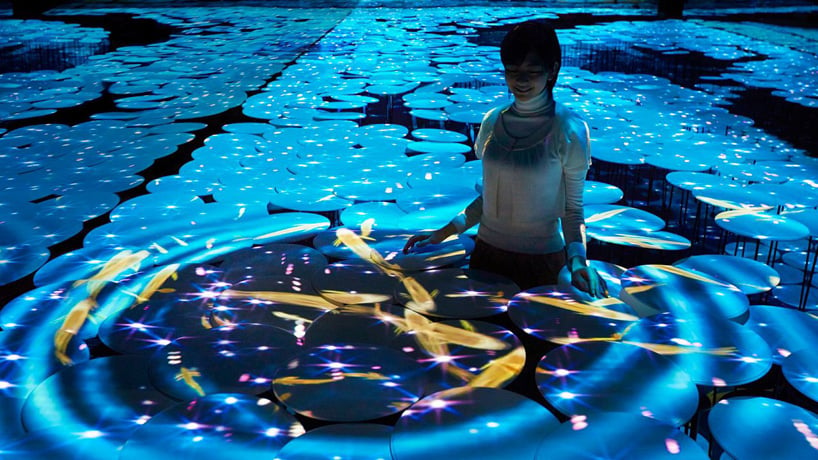 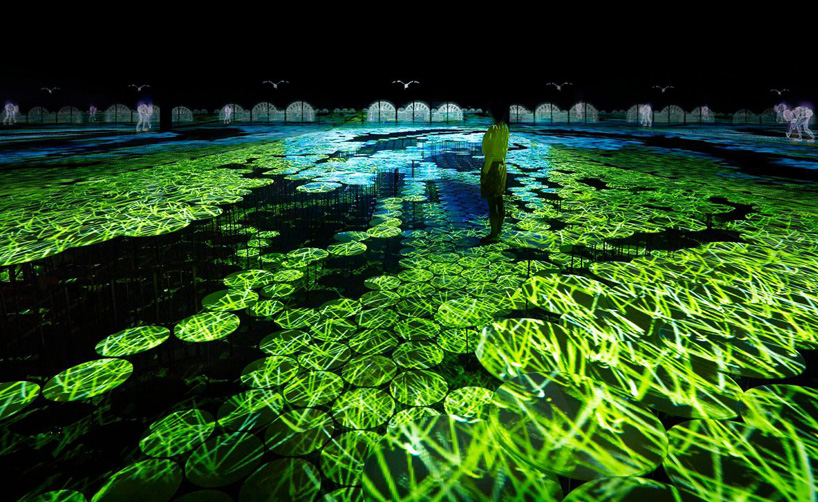 japan, as a country surrounded by mountains and sea, undergoes many changes with the passing of seasons. rivers can drastically change in volume from the melting snow in the spring to the typhoon season. ‘diversity’ uses the image of a waterfall to represent water, a symbol at the heart of japan’s food culture.

the artwork seeks to convey large volumes of information related to the great variety of japanese food. in order to achieve this, the ethnologically-enhanced installation comprises a gigantic waterfall that can be viewed from a 360 degree circumference. the interactive display visualizes individual images of food: visitors can touch the images that flow down the length of the waterfall and transfer the digital pictures onto their smartphones. the photos are accompanied by detailed information about the origin and importance of the food, which they can then take home with them. 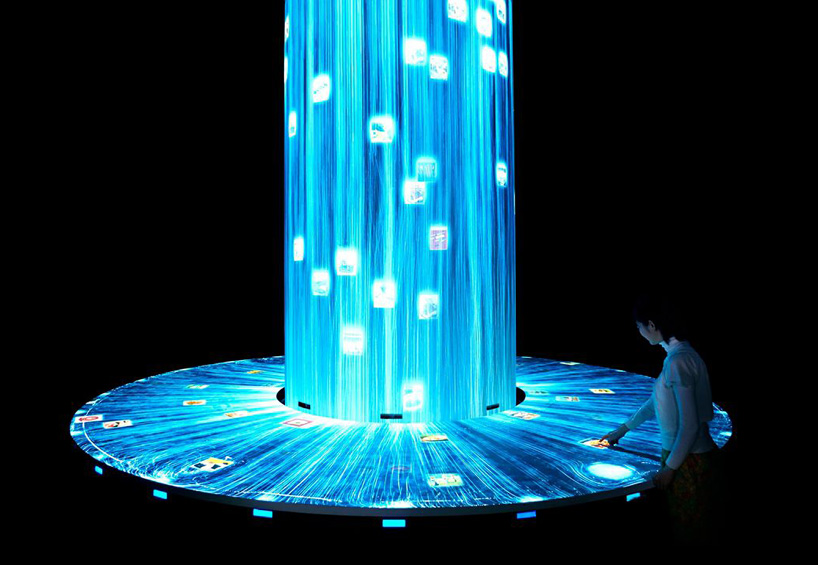 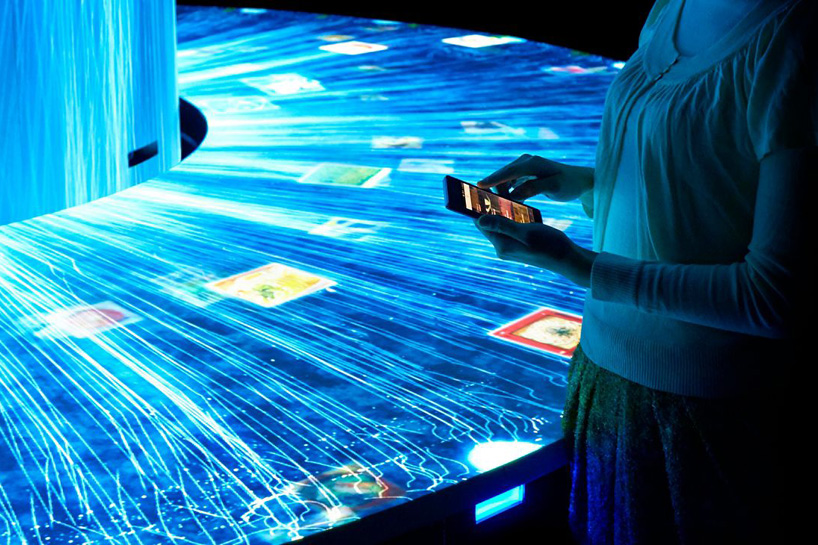 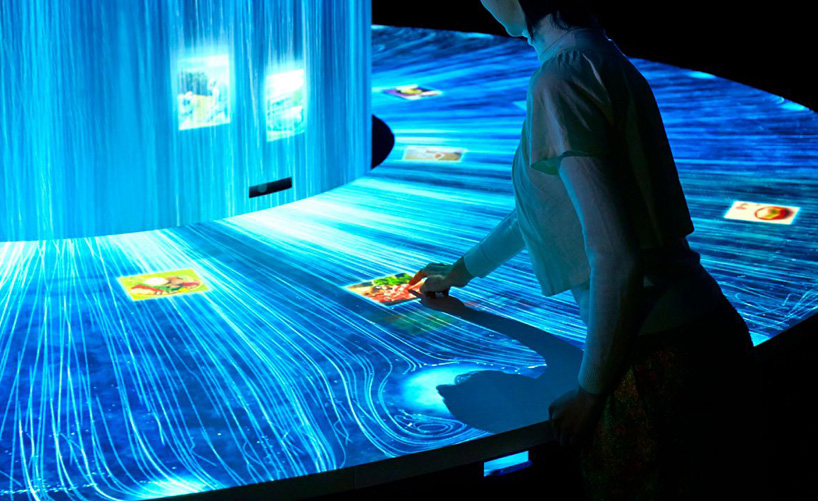