‘drawing blood’ takes on a different description for brooklyn-based artist ted lawson‘s ‘ghost in the machine’: a life-sized, nude self-portrait rendered from his own bodily fluid. fed intravenously to a CNC machine, lawson’s blood traverses through the mechanical parts, while a robotic arm attached to the device — programmed to trace the designated illustration — carefully maps out the human form.

‘I have always used many different technologies to create my work and the goal is usually to find a way to turn those towards something organic and human.‘ lawson tells us ‘I’m generally not into doing selfies, particularly nude ones, but when I came up with the idea to connect my blood directly to the robot CNC machine, it just made too much sense to not try one as a full nude self-portrait.’

‘in this series I’m really just trying to make a good drawing, which requires a lot of process and spontaneity to achieve. I do consider these works to be drawings and not prints, in that I allow the robot to make certain mistakes or leave in certain glitches on purpose. there are always a number of chance occurrences that happen outside of the programming which I tend to change and develop as the drawing proceeds.’

I want to show the connection between our existential humanity and the ever-expanding technology that we use, are addicted to and rely on, as something deeply personal and very real.’ says lawson of the piece’s significance ‘I’m trying to reveal the underlying code that is present in all things.’

‘ghost in the machine’ is part of the solo exhibition ‘the map is not the territory‘ at joseph gross gallery, new york from september 11th through october 4th, 2014. 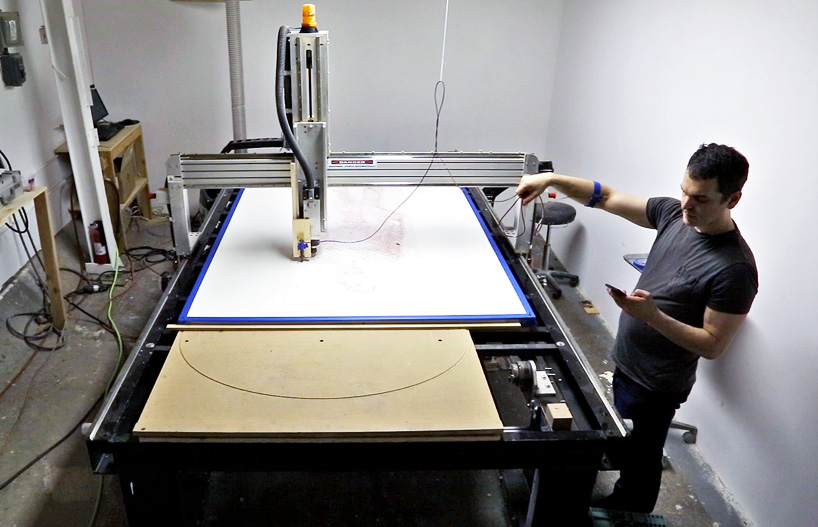 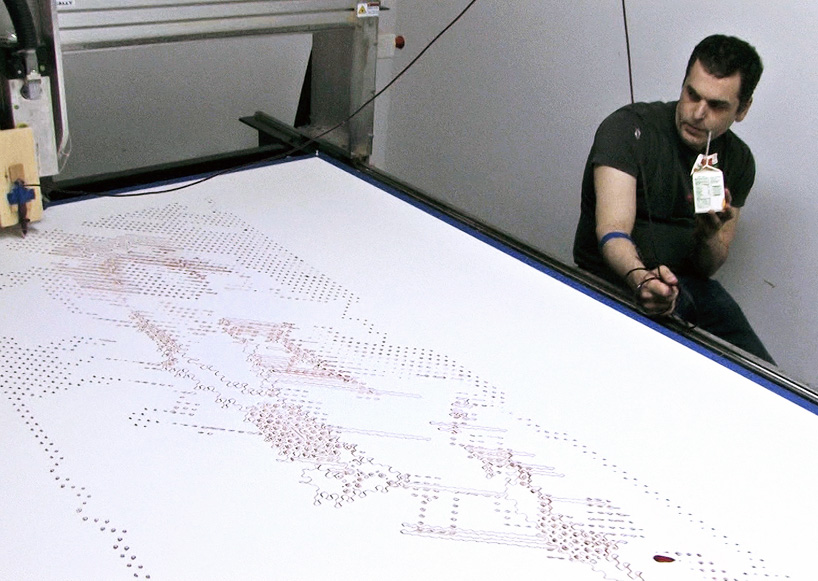 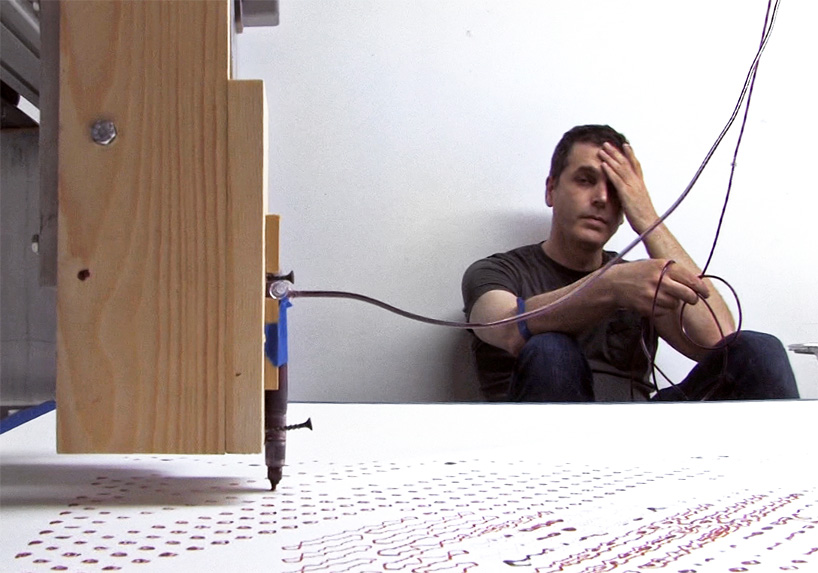 waiting as the robotic blood printer draws his self-portrait 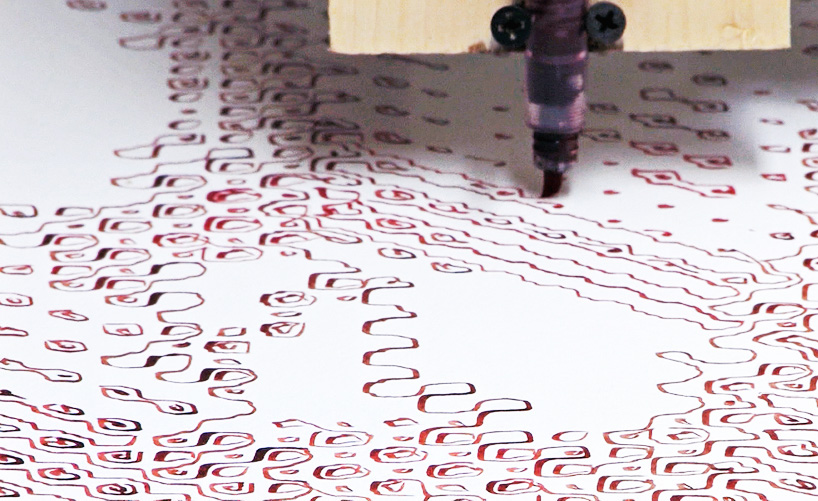 lines drawn by the robotic arm 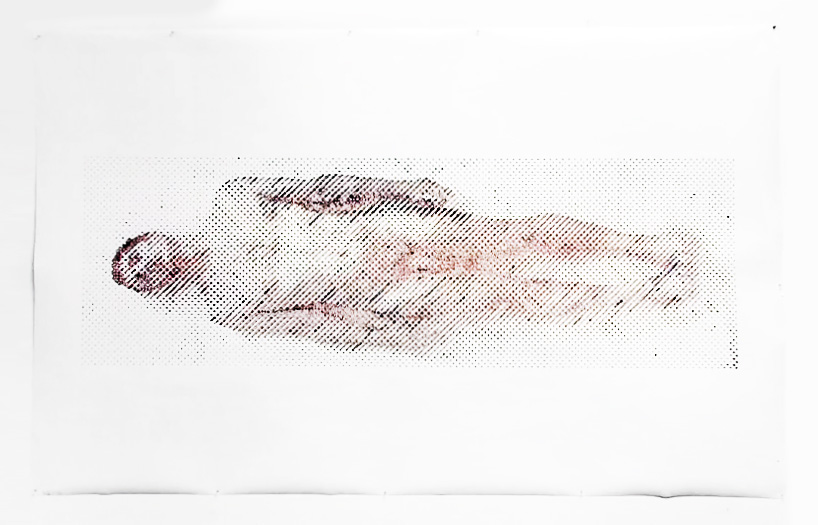