agustina woodgate, an artist originally from buenos aires and now based in miami, has created ‘skin rugs’, a collection of hand-sewn rugs made from the skin of donated stuffed animals. the body of each carpet is modeled after that of an authentic bear skin rug but where the series deviates from the standard form is in each tapestry having been formed from the fur several plush animal toys rather than that of a live animal. woodgate sews each of the toys together in order to create giant floor-coverings with a varied color palate and semi-symmetrical patterning. her collection evokes a spiritual or nostalgic reaction in the viewer as they contemplate their childhood, when the textures of the artist’s tapestry series were representative  of comfort and security. ‘the process starts with the departure of the loving life objects have when they are in the hands of their owners. the rugs not only  reference the personal histories of the toy’s owners, but investigate the rug as an object organizing and displaying memories and lineages.’ woodgate describes. 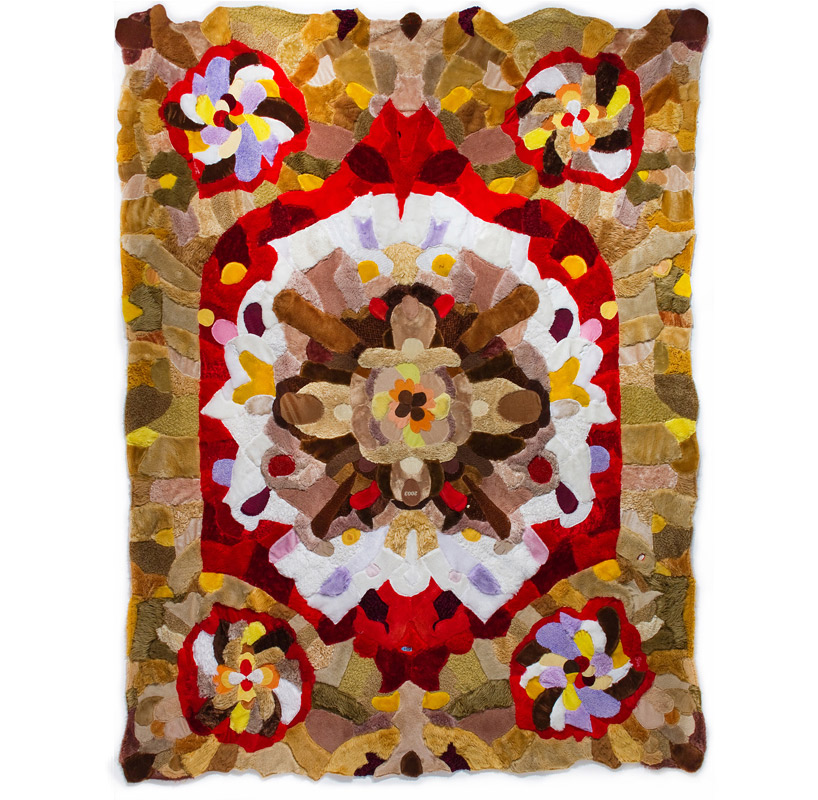 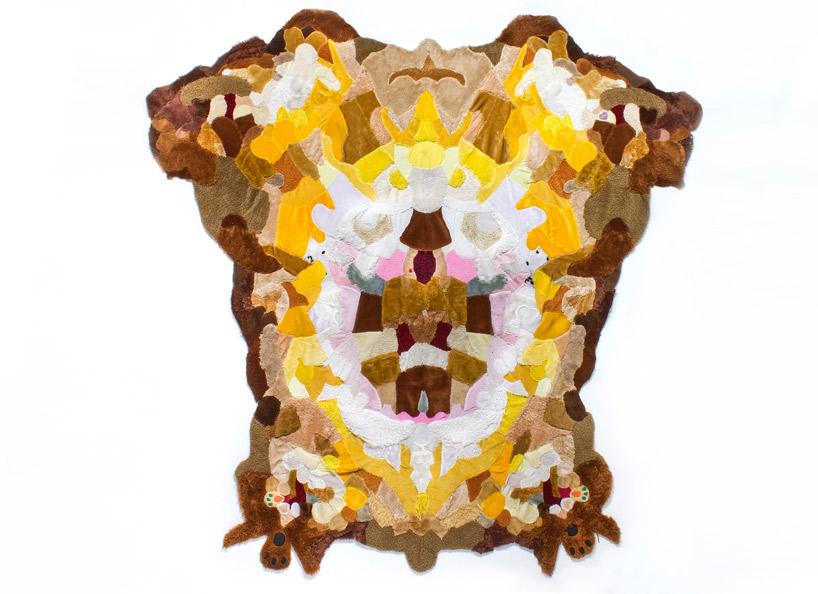 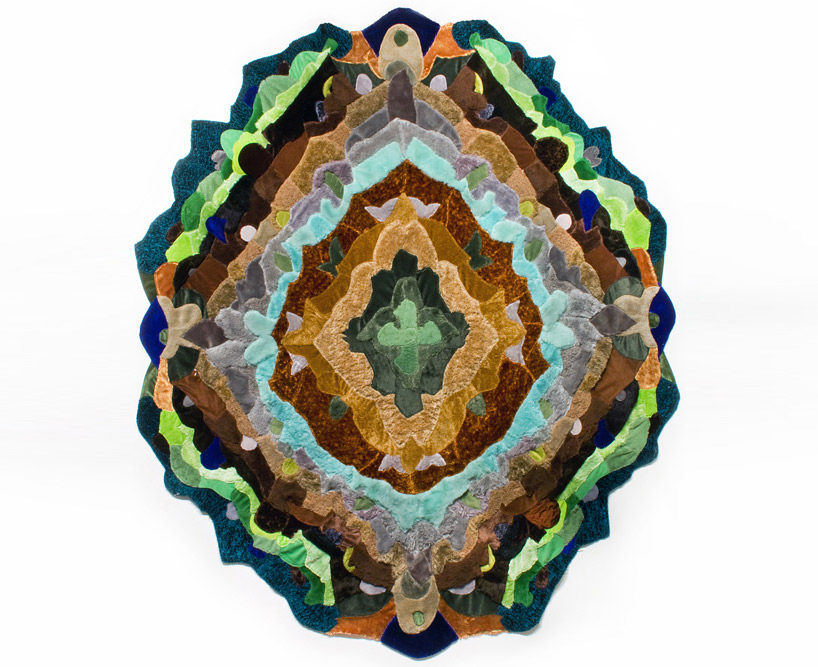 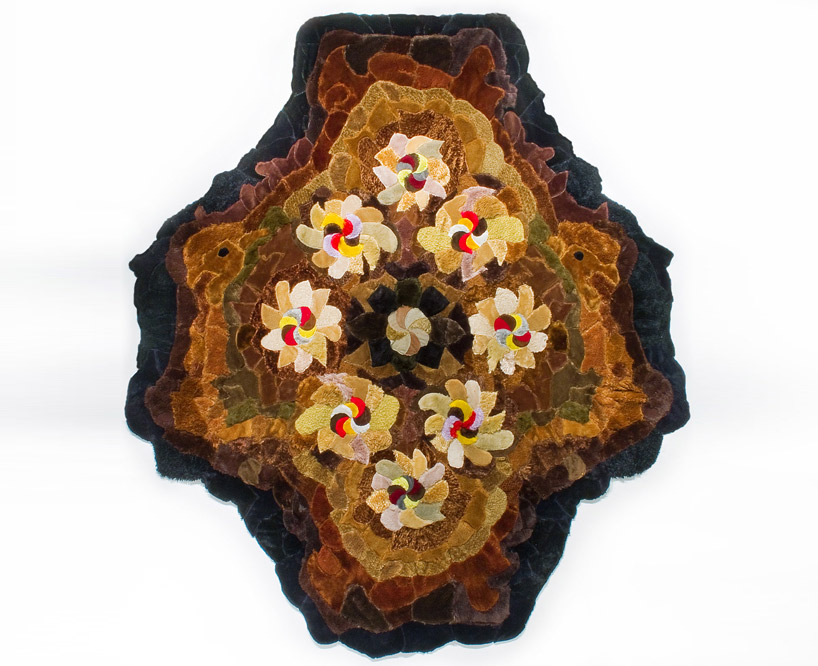 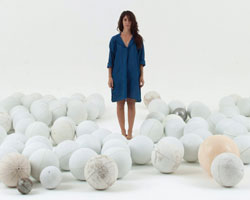