a retrospective of japanese artist tetsuya ishida offers a glimpse into the angst-ridden reality of japan during the 1990s. currently on show at the reina sofiá museum in madrid, a retrospective of the artists work presents a formidable oeuvre, that puts a face to the desolation of a society radically altered by massive layoffs and speculation. entitled ‘self-portrait of another’, the exhibition brings together 70 of the artist’s afflictive paintings and drawings made between 1996 and 2004. 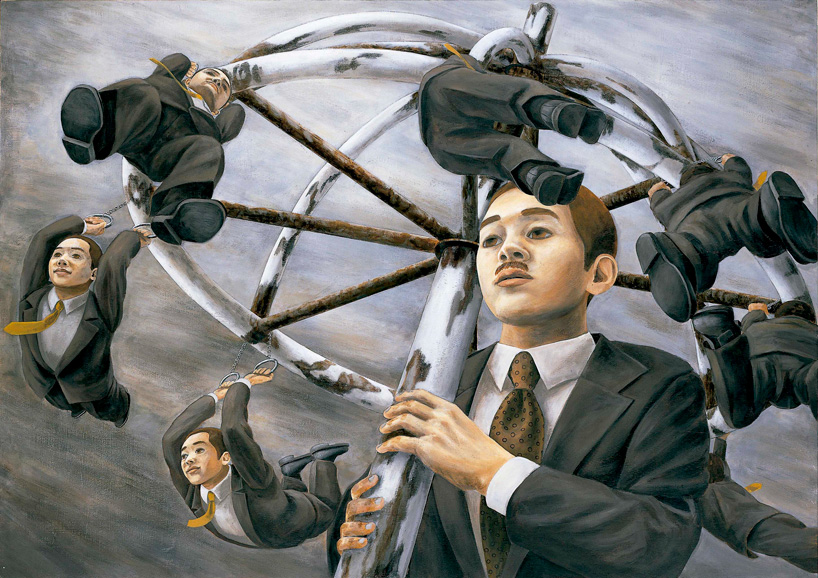 testuya ishida was born in 1973 in yaizu, japan, and died in 2005 in tokyo. he came of age as a painter during japan’s ‘lost decade’, a time of economic recession that lasted through the 1990s. as a result his allegories offer an insight into the challenges faced during this time and the difficulty of maintaining morale. 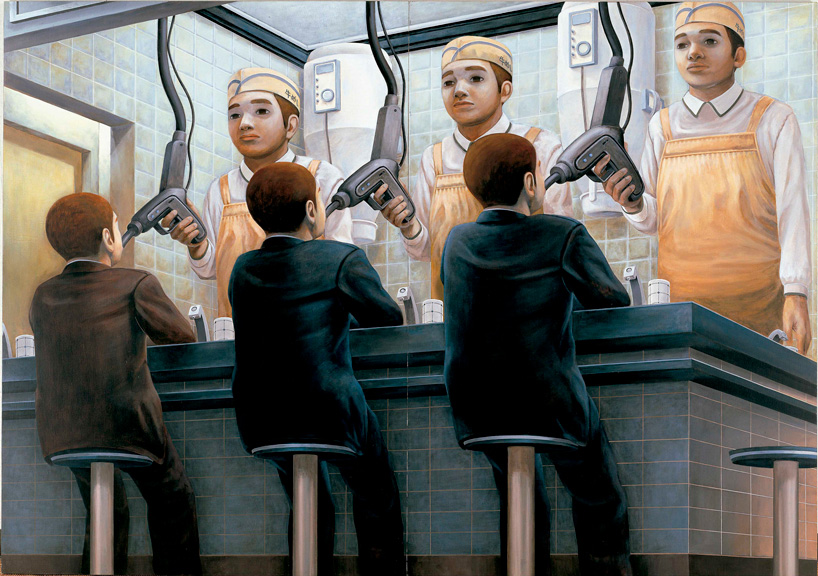 representative of the period in which he worked, they capture feelings of hopelessness, isolation, anxiety, skepticism, claustrophobia and solitude. ishida captures the dehumanization of a generation, grappling with a lack of prospect and a country in economic turmoil. 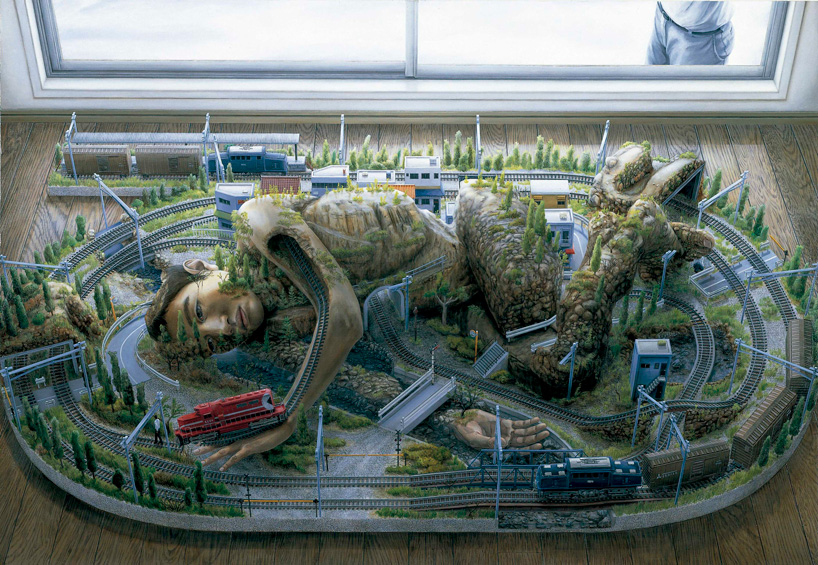 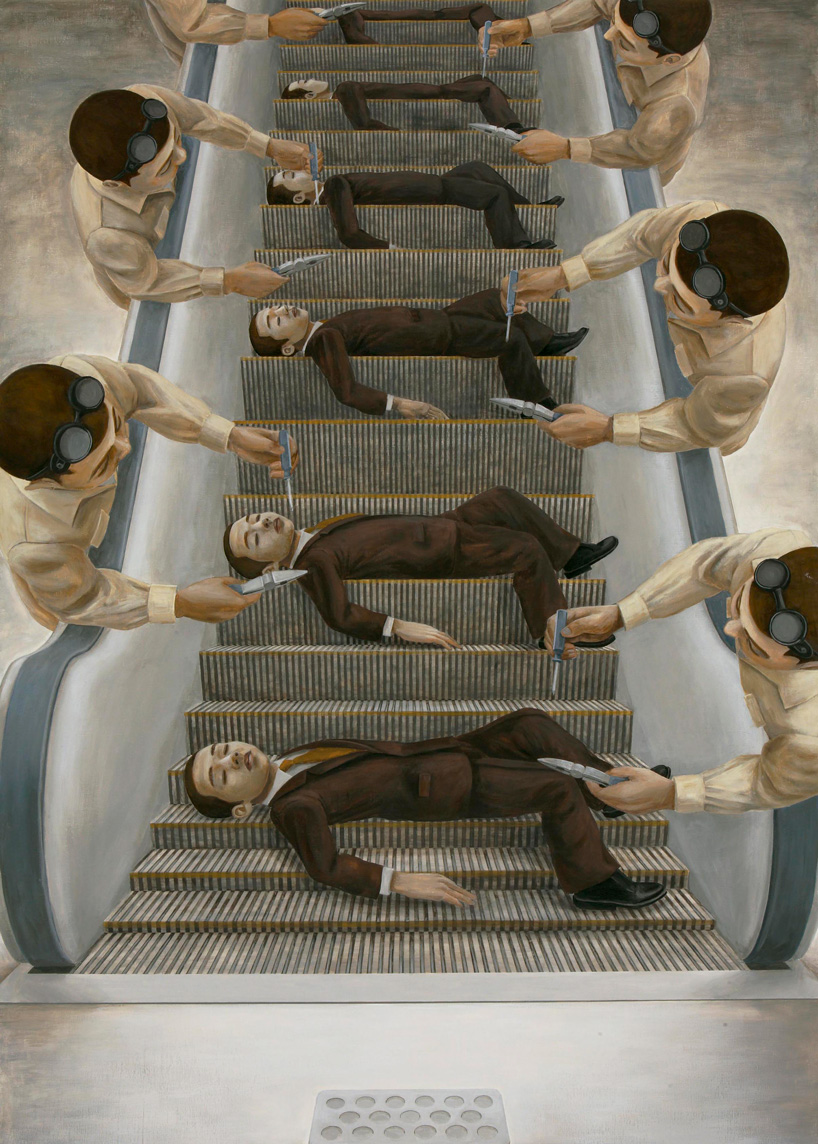 absurdist humor parallels emotional abjection in a way that makes the paintings accessible for the viewer. surrealist portrayals include school-boys and business-men, which appear to possess ishida’s own face, physically integrated with everyday household objects, as if entrapped by the props of existence. 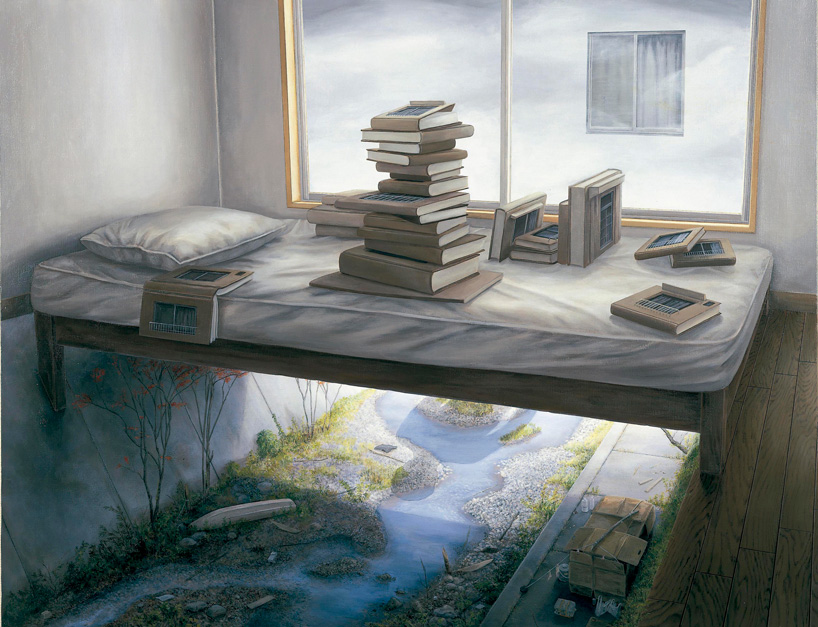 ‘tetsuya ishida: self-portrait of other,’ runs from april 12 to september 8 at the velázquez palace in madrid’s retiro park. the exhibition which has been organized by the reina sofía museum is then set to tour to the wrightwood gallery in chicago, united states, from october 3 to december 14. 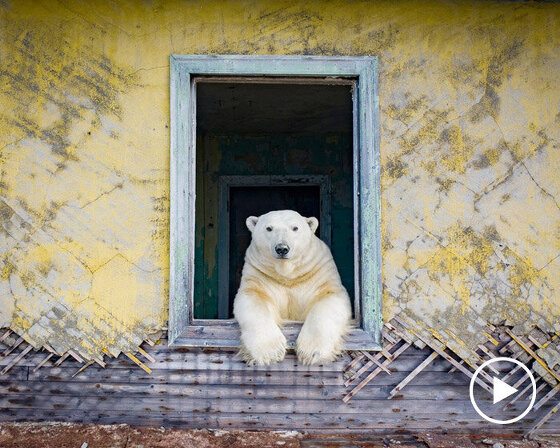 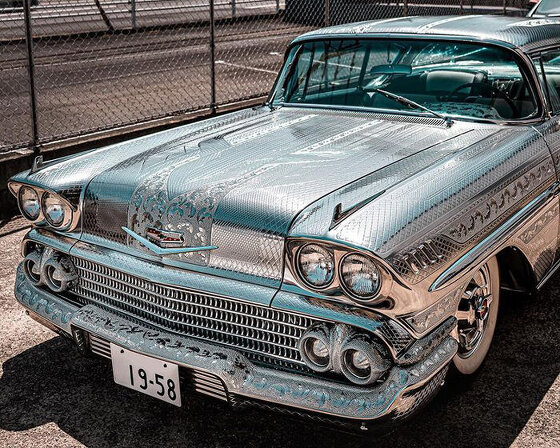 Jan 21, 2022
tired of getting tattoos on your body? get some on your car
geometrical patterns, zebra waves, or organic shapes live up your vehicle transforming it into an outstanding art piece.
art
411 shares
connections: 38