multimedia artist thao nguyen phan meditates on vietnam’s forgotten histories and ecological changes in her biggest UK exhibition to date at tate st ives in cornwall. on view until may 2, 2022, the extensive exhibition showcases a selection of phan’s videos, paintings and sculptures from the past five years alongside new work exhibited for the first time. this includes ‘first rain, brise soleil’ (2021–ongoing), a new triptych video installation, and an accompanying series of paintings.

based in ho chi minh city, phan is best known for her poetic, multi-layered works that explore the historical and ecological issues of her native vietnam while also highlighting universal themes such as tradition, ideology, ritual, and environmental change. the artist’s work is driven by a curiosity about how historical events are treated, how one can be glorified when another is forgotten. 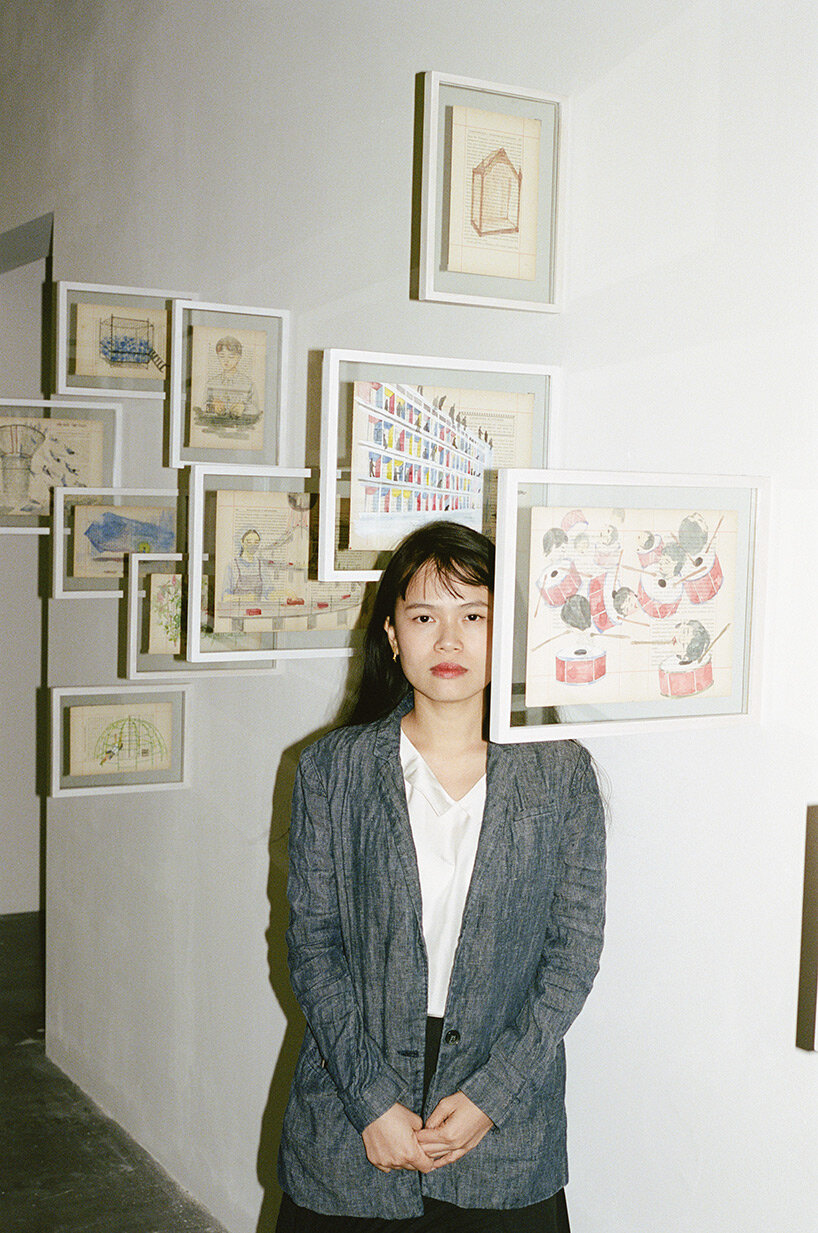 thao nguyen phan’s oeuvre interweaves mythology and folklore with pressing issues around industrialization, food security, and the environment. some of the recurring themes in her work include the extensive destruction and consumption of the earth’s resources, as well as the threats that they pose.

phan’s most recent artworks on view at tate st ives focus on ‘the beauty and suffering’ of the mekong river, which runs through tibet, china, myanmar, thailand, laos and cambodia and eventually meets the sea on the vietnamese coastline. in the artist’s latest video installation, ‘first rain, brise soleil’ , phan proposes a new way of being that draws on indigenous knowledge and respect for the ecosystem.

the exhibition also includes ‘becoming alluvium’, a 2019 video that narrates a story about ‘destruction, reincarnation, and renewal of not only the mekong, but of the necessity for human life to live in respect and awareness of the tangible and intangible world’ as the museum shares in its official press release. composed of video, animation, and found imagery, the film investigates the environmental and social changes provoked by the expansion of overfarming, overfishing, dam construction, and the looted heritage as an aftermath of colonialism. the video is accompanied by ‘perpetual brightness’ (2019–ongoing), a multi-part screen made using traditional vietnamese silk and lacquer painting techniques. created in collaboration with artist truong cong tung, the paintings vividly narrate imaginary stories of the mekong, as well as its human and non-human inhabitants. 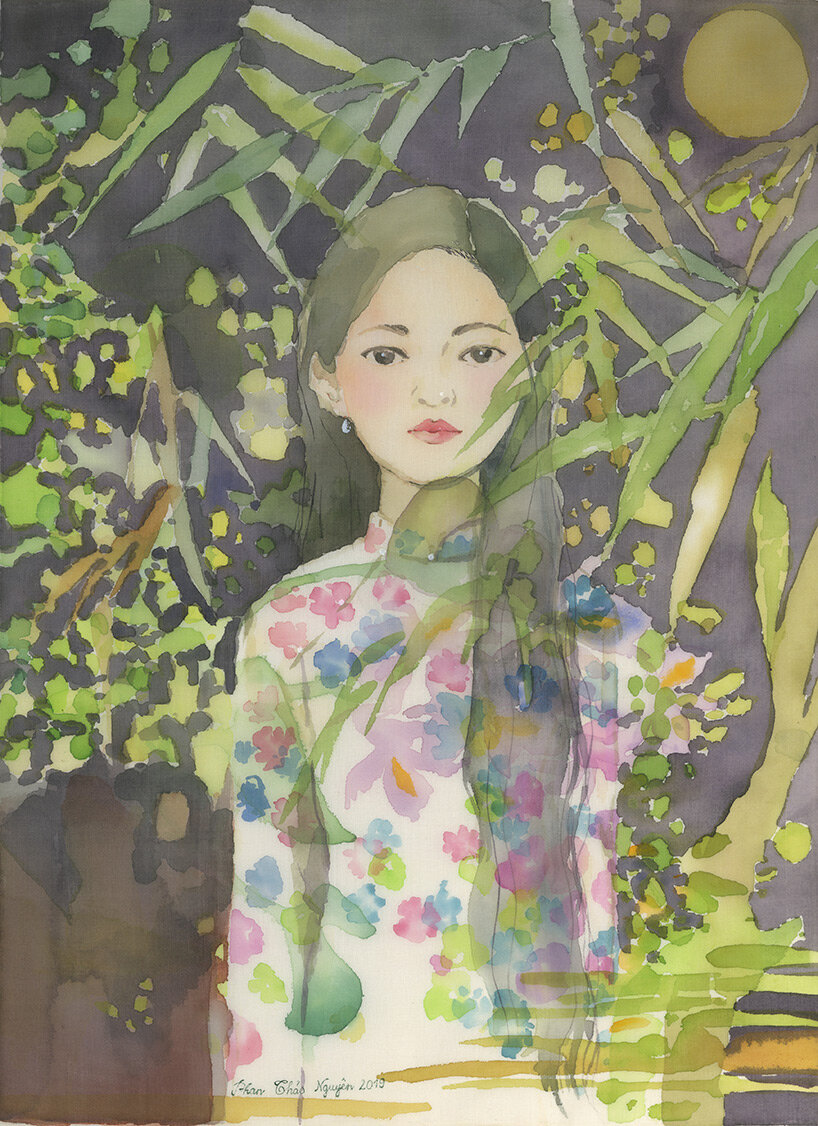 portrait of august from dream of march and august, 2020.

image by truong minh tuan, courtesy of the artist

when thao nguyen phan was a teenager, she read a short prose piece about the 1945 famine in vietnam. years later in 2019, the artist created ‘mute grain’, a three-channel video and a personal interpretation of the famine, which is believed to have caused the death of over 2 million people.

featured at the tate st ives exhibition, the film tells the story of a young woman named tám (august), who becomes a hungry ghost and is, therefore, unable to move forward to her next life, and her brother ba (march), who is worriedly looking for his sister. march and august represent the poorest months of the lunar calendar when farmers used to borrow money and work side jobs in order to sustain themselves. ‘mute grain’ intertwines oral histories with elements of vietnamese folk tales and the literature of yasunari kawabata, reflecting on issues of colonialism, agriculture, and food security. meanwhile, the exhibition also presents ‘dream of march and august’ (2018–ongoing), phan’s series of suspended watercolor on silk paintings, which expand the tale of the two siblings.

tate st ives’s exhibition space is transformed by an installation of hanging jute stalks that divides the film and static works and through which visitors can move. for phan, this organic, interactive installation, titled ‘no jute cloth for the bones’ (2019/2021–22), acts as a kind of ‘lullaby’ dedicated to lives lost through the tragedies of war and famine. 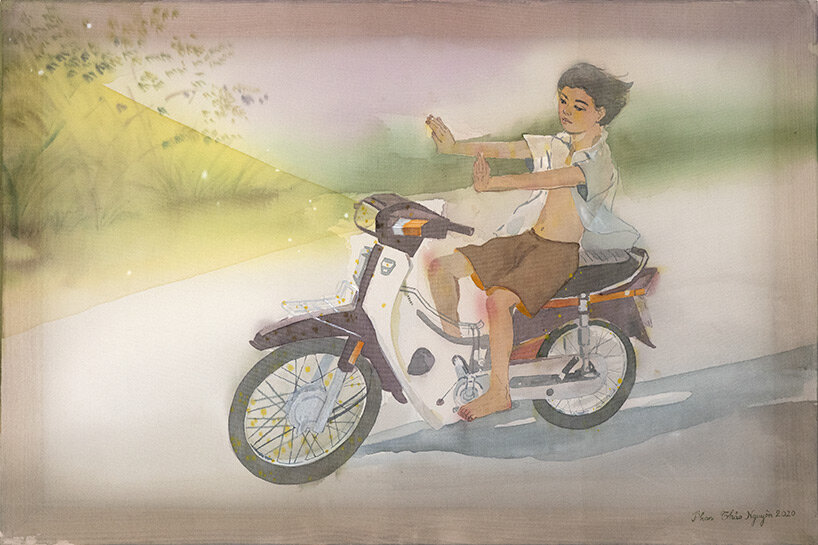 march on a honda dream from dream of march and august, 2020.

image by truong minh tuan, courtesy of the artist

in this first major UK solo show for the artist, phan also exhibits her artwork series titled ‘voyages de rhodes’ (2014-2017). the artist reinterprets stories from the book ‘rhodes of viet nam: the travels and missions of father alexandre de rhodes in china and other kingdoms of the orient’ into watercolor paintings that become more and more sinister. almost 100 reinterpreted pages of the book are framed and hung perpendicular to the wall.

thao nguyen phan was trained in ho chi minh city, singapore and chicago. the artist has exhibited in numerous group and solo exhibitions across the world and in 2016–17, she was mentored by new york-based performance and video artist joan jonas as part of the rolex protégée program.

this exhibition at tate st ives has been curated by anne barlow, director of tate st ives, with giles jackson, assistant curator. 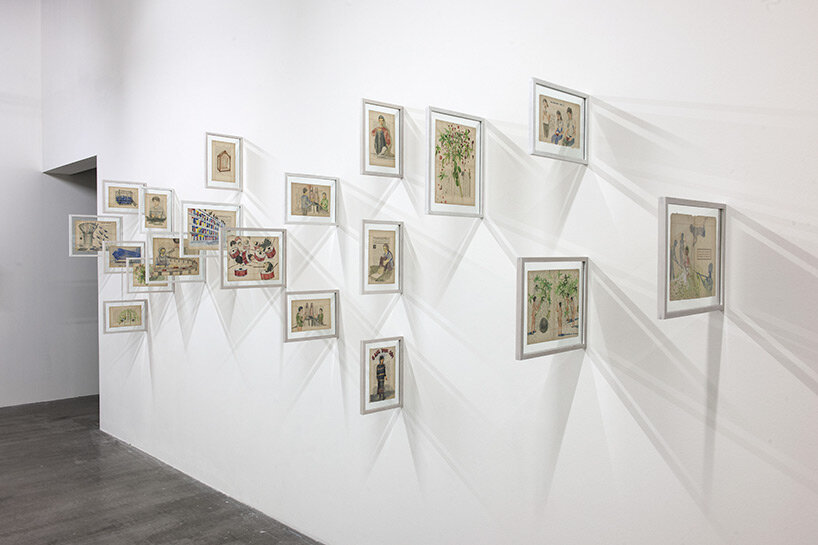 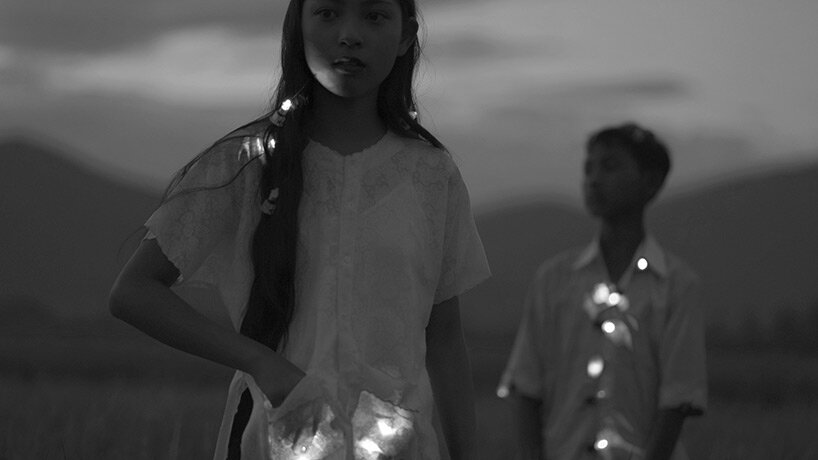 courtesy of the artist, commissioned by sharjah art foundation 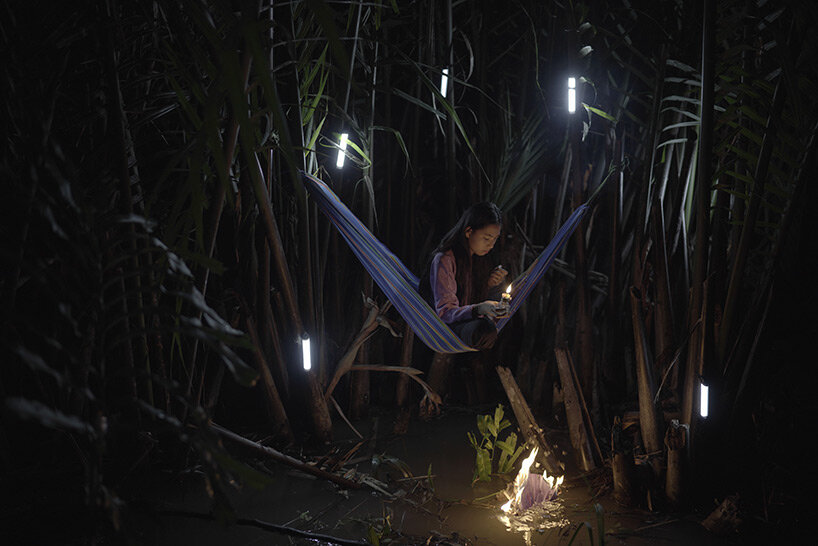 courtesy of the artist and galerie zink, waldkirchen. made with the support of the han nefkens art foundation and tate st ives 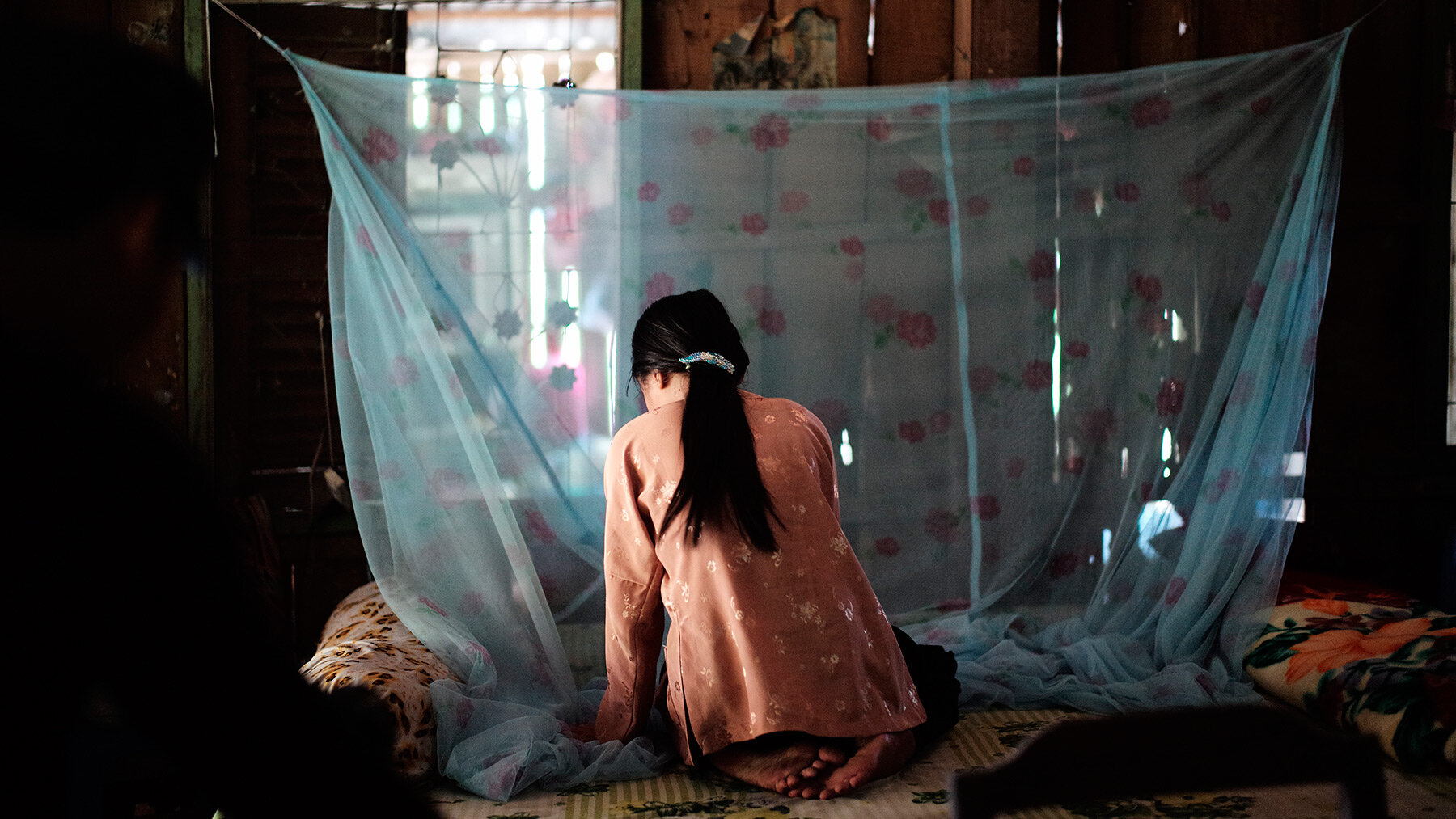 first rain, brise soleil (video still) 2021 – ongoing. courtesy of the artist and galerie zink, waldkirchen. made with the support of the han nefkens art foun-dation and tate st ives 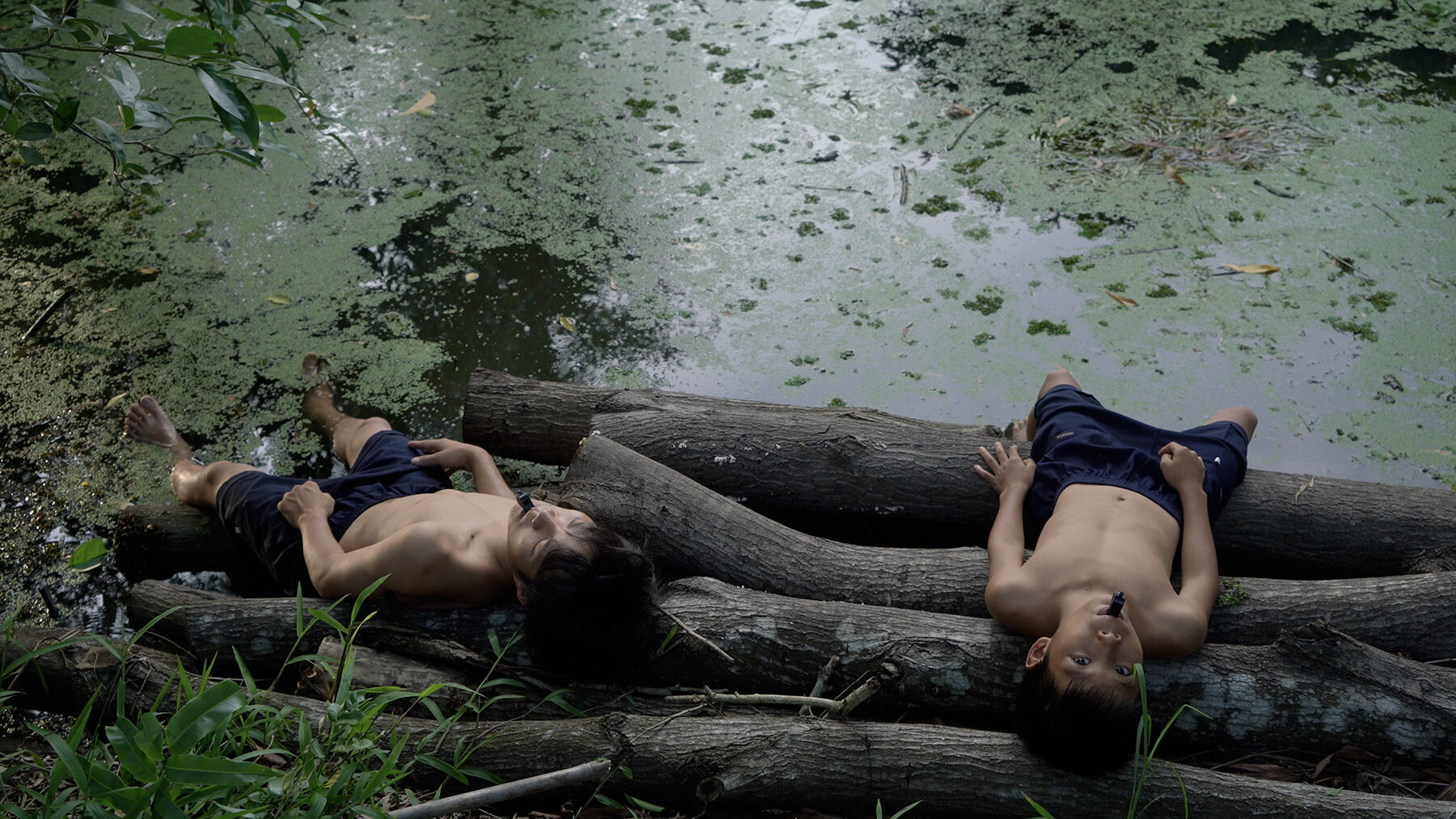 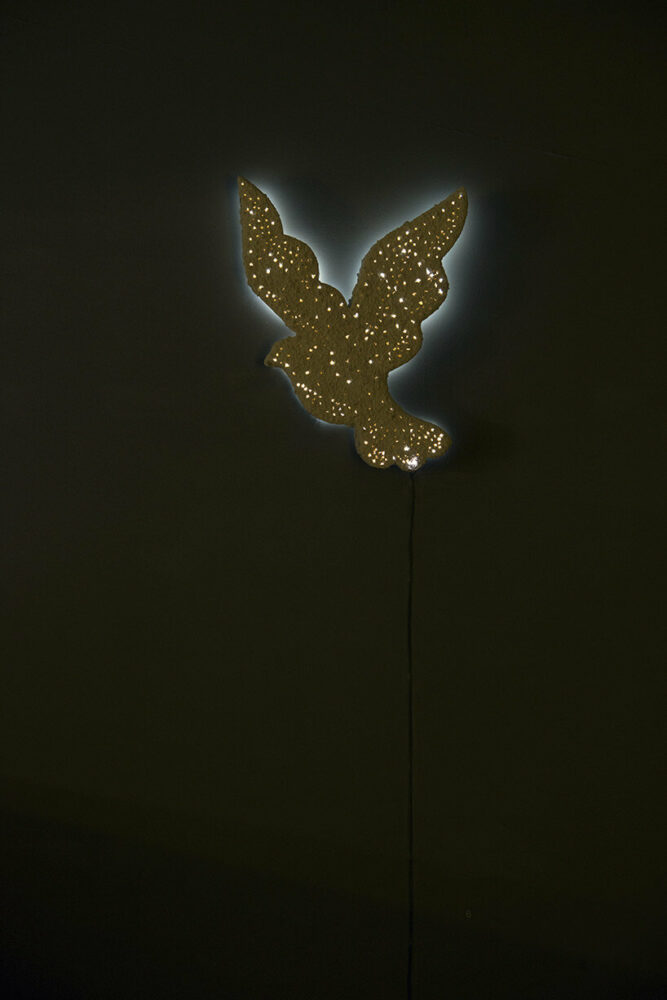 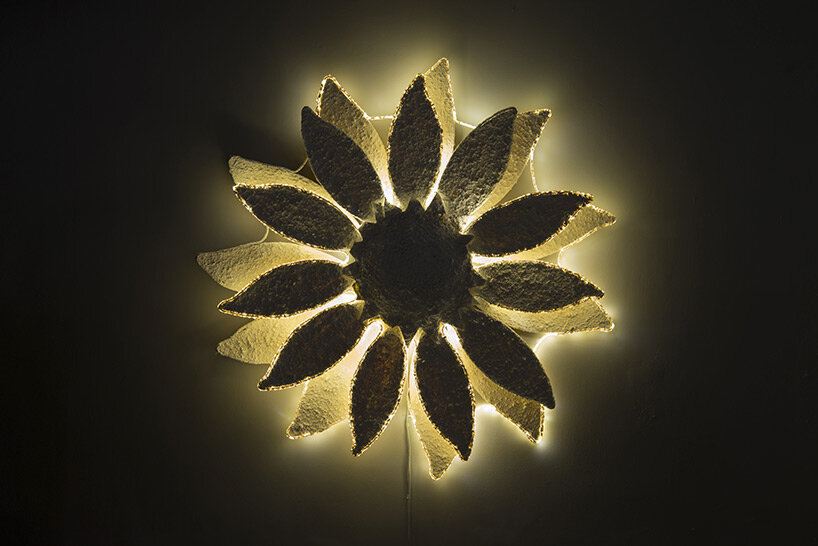