in 1993, while browsing in a junk shop, artist oliver croy discovered 387 model buildings, each neatly wrapped in its own garbage bag–the architectural creations of austrian insurance clerk peter fritz. there is little known about the life of fritz, he nevertheless left behind a substantial body of work that stands as an intriguing testament to his imagination and passion. 20 years after the discovery of these miniatures, artist oliver croy and architecture critic oliver elser offer a look at these lost constructions in a curated installation entitled ‘the 387 houses of peter fritz’. presented at the 2013 venice art biennale (at the italian pavilion inside the giardini venue; part of this year’s curatorial exhibition by massimiliano gioni),  the buildings compose a near-encyclopedic inventory of all manner of provincial architectural styles, from farmhouses to bank buildings, churches to traditional single family homes, villas to gas stations. each one has been assembled with care from a combination of easily acquired materials: cardboard, matchboxes, wallpaper scraps, adhesive foil and magazine pages. rather than attempting to conceal these odds and ends, fritz employed them as fanciful ready-made design elements. 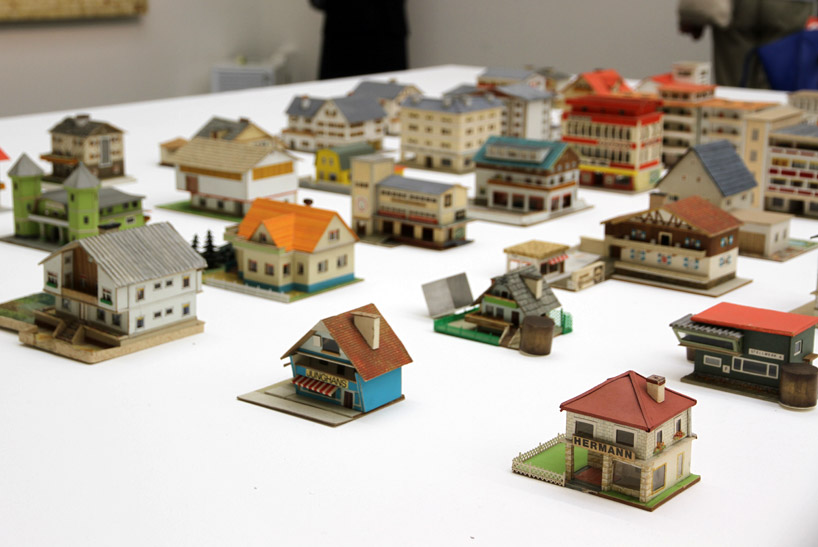 the work provides a nearly-encyclopaedic inventory of architectural stylesimage © designboom

there is little indication that fritz, working in the 1950s and 1960s modeled his pieces on existing buildings; his diminutive structures would therefore seem to fall under the rubric of visionary architecture. however, unlike the creations of 18th century french architect etienne-louis boullee, his models do not appear to stretch the bounds of what was practically impossible to build; rather, many of his designs could be translated into ‘real’ architecture without any alteration. fritz’s catalog of the built landscape suggests that the world was generally met with his approval, with only a few changes made here and there. the sensibility of the built pieces makes them appear as if they could be components of a particularly ingenious model train set. as such and as opposed to more radically visionary architecture, the houses offer an illustration of a kind of contentment with the everyday – a miniature reproduction of the world, built perhaps so that its maker could better appreciate it through his imaginative creations. 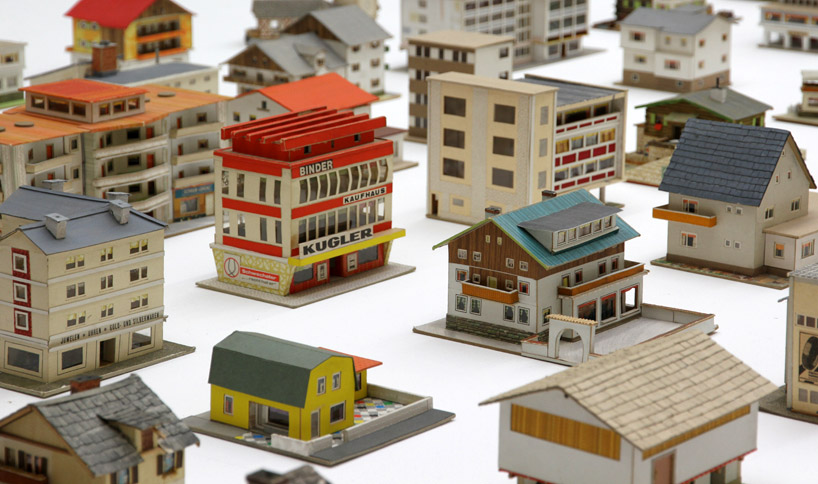 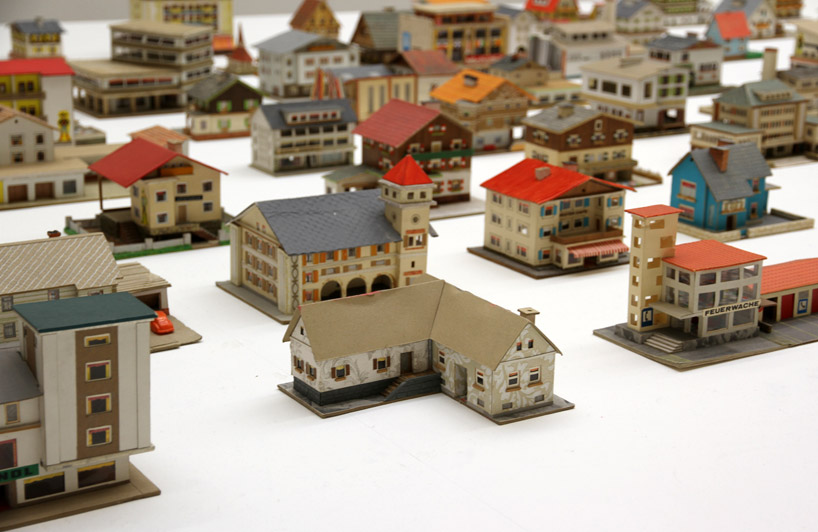 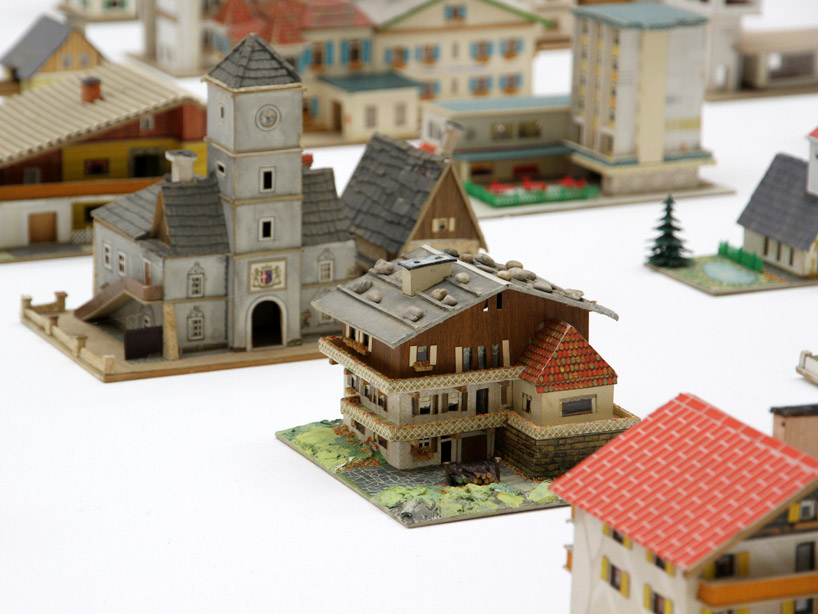 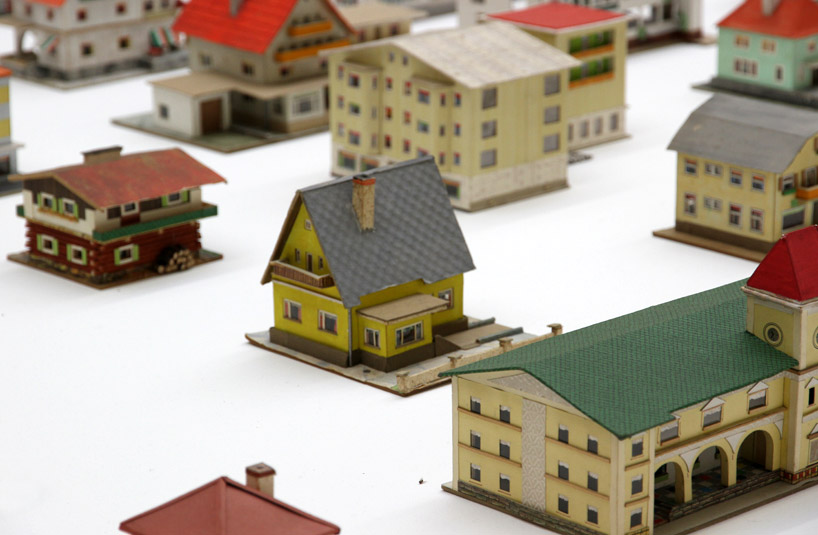 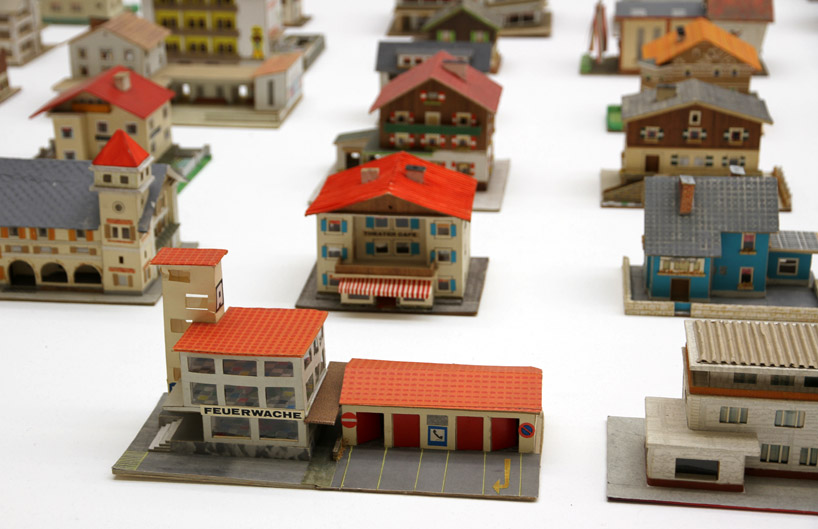 there is little indications that fritz, working in the 1950s and 1960s modeled his buildings on existing architectureimage © designboom 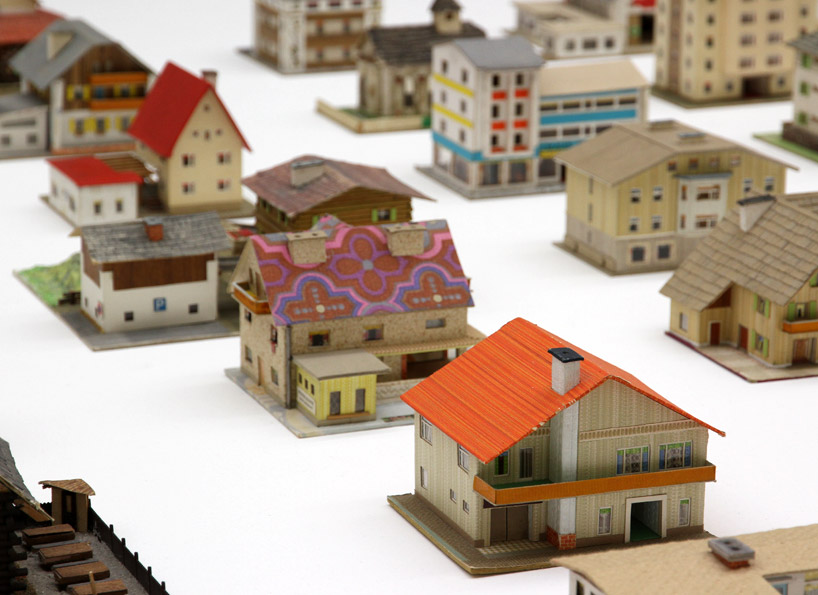 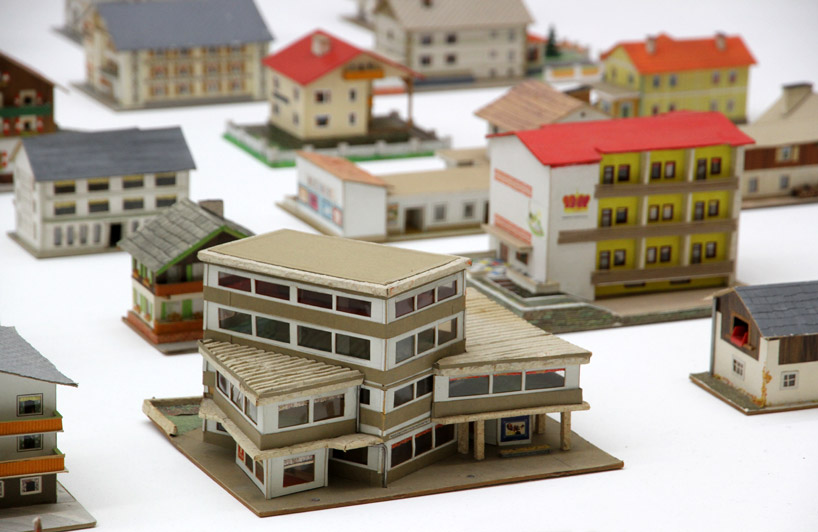 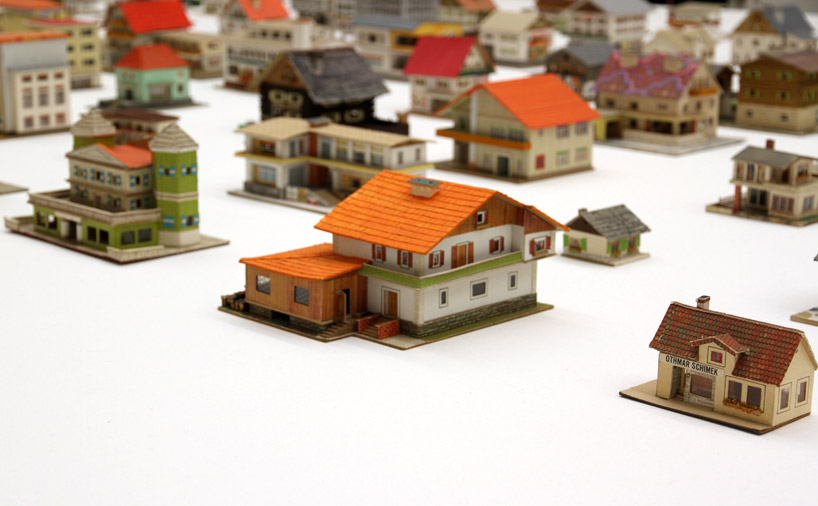 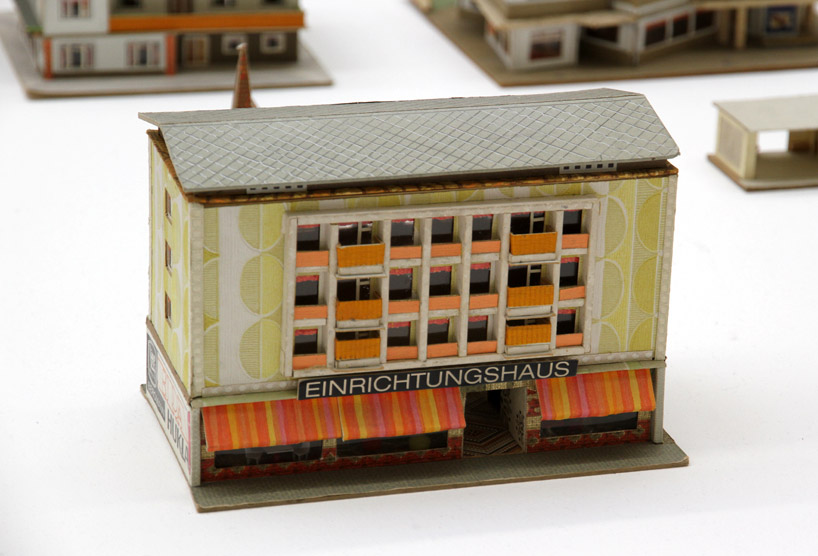 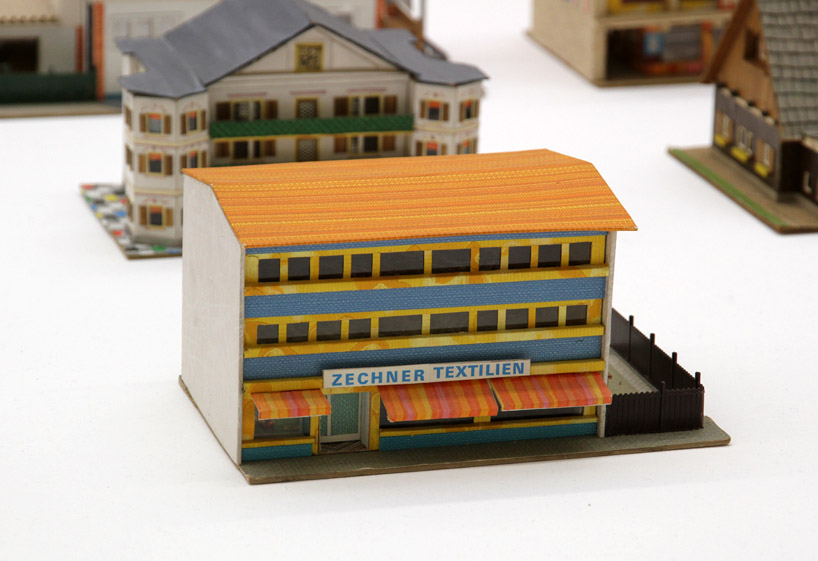 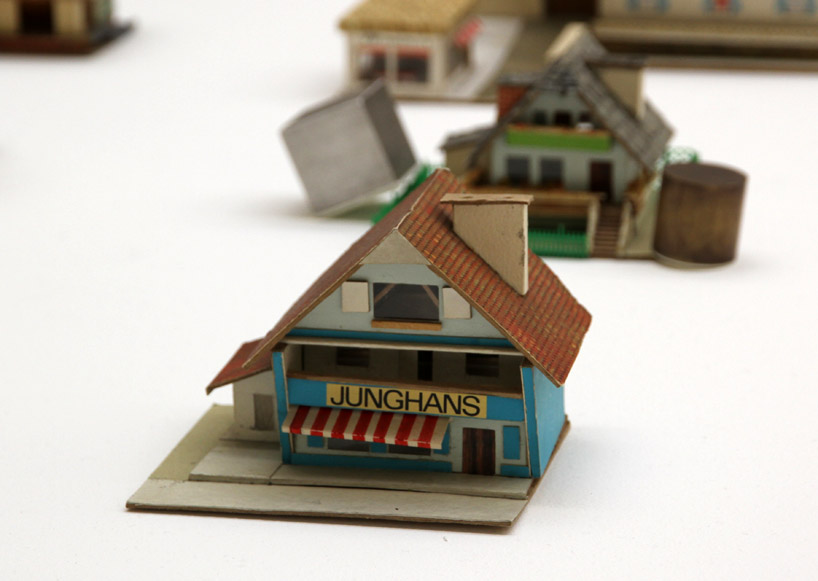 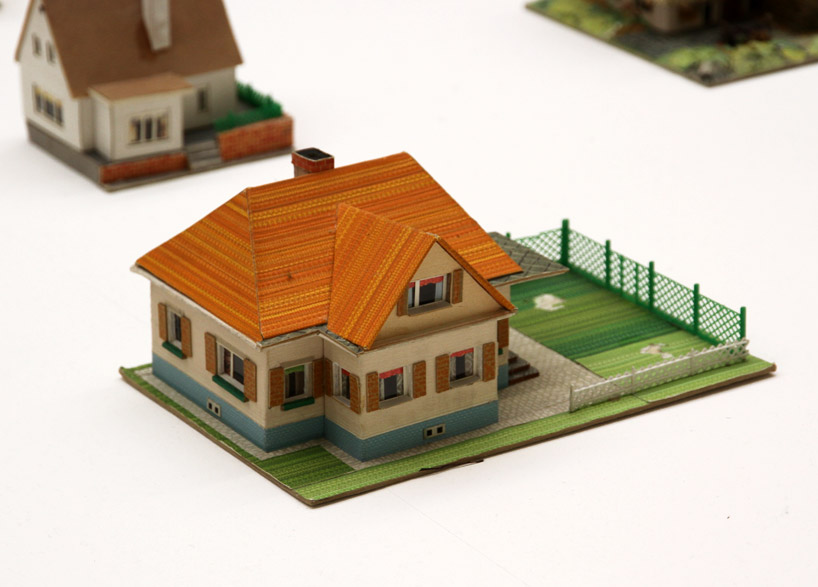 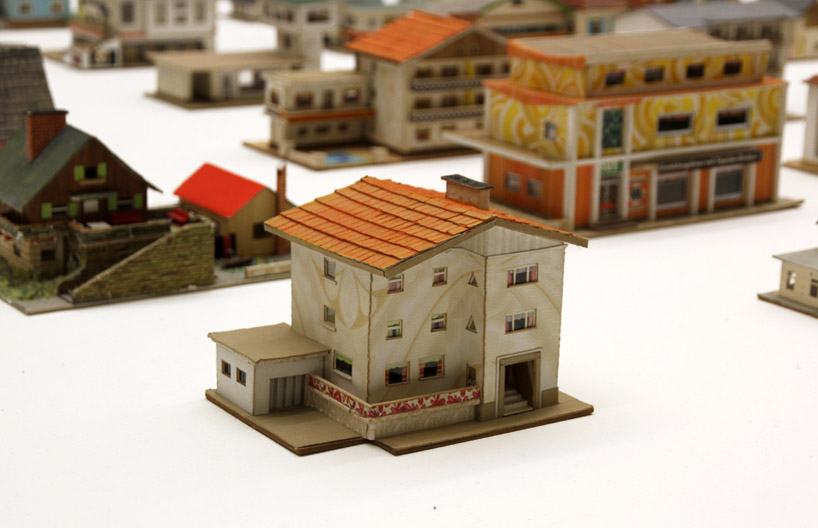 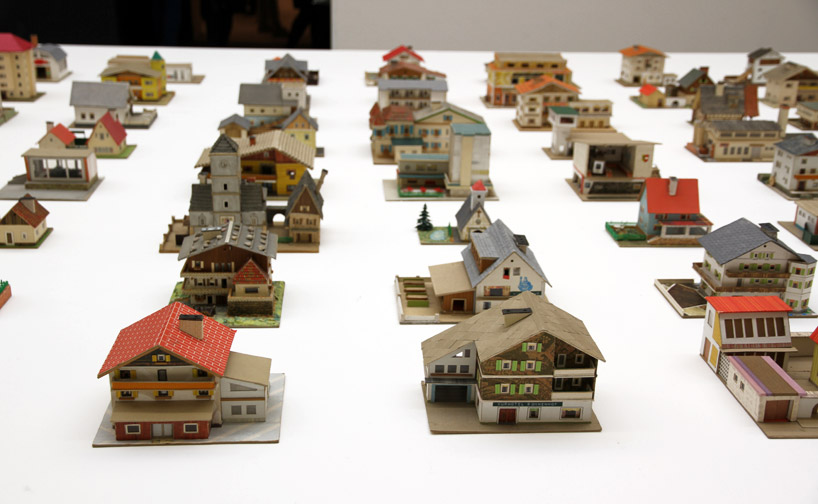 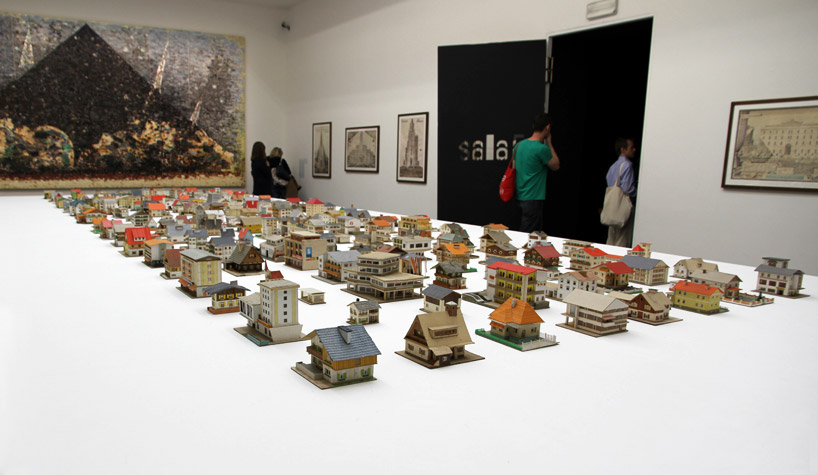