‘chains: the unbearable lightness of being’, 2003 as part of the nature series no. 79 by liang shaojiimage © linda nylind

on show at the hayward gallery in london as part of the ‘art of change: new directions from china’ exhibition is the work of chinese artist liang shaoji,well known for infusing elements of nature in his installations. the exposition presents a selection of works from his ‘nature series’ which shaojibegan in 1988 where he orchestrated the stunning weaving of silkworms, swaddling sculptural objects such as hanging chains and tiny, individually made beds.the opus is a reflective, esoteric exploration of time, life and nature, which shaoji describes as ‘recordings of the fourth dimension‘.

the use of silkworm, particularly, spans many references throughout the artwork, not only celebrating through art their phases of life and death, but also themetaphorical associations attached to the animal – one that represents generosity, its thread denoting history and society. through the narrative ofchinese tradition and this strong symbolic relevance, shaoji poetically articulates the sadness and conflict polluting human life in the purest of raw silk thread.shaoji offers an ease or a softening of the ubiquitous violence, wrapping the hardness and phlegmatic sterility in an effort to soothe for a compelling body of work. the artwork is available to see at hayward gallery in london until the 9th of december, 2012. 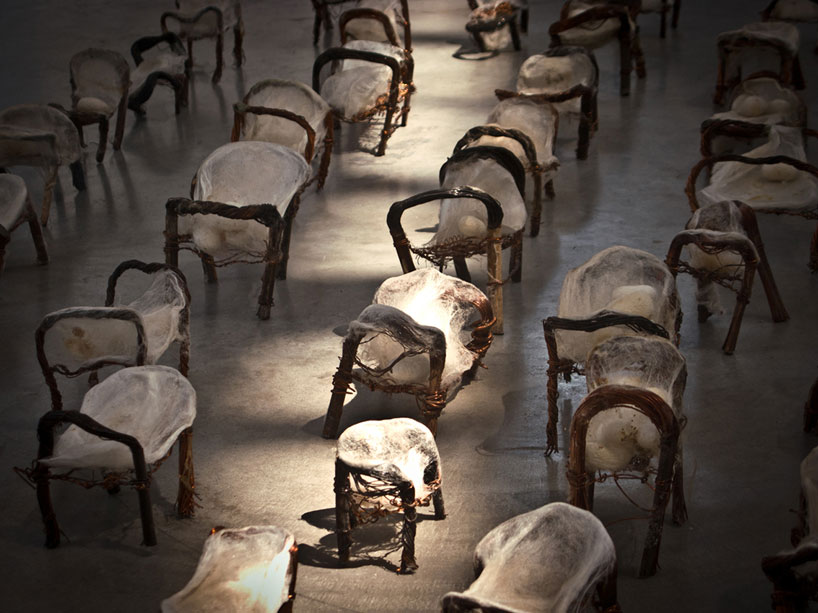 ‘bed’ as part of the nature series no. 10image © linda nylind 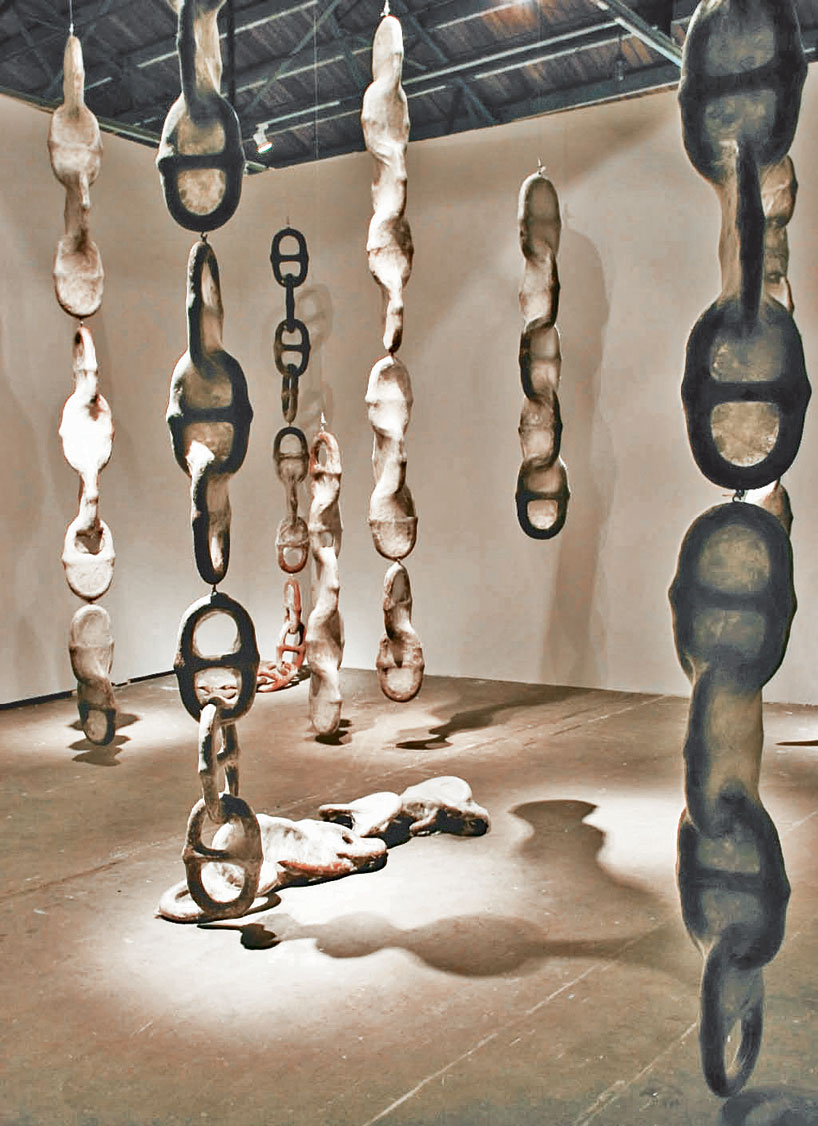 ‘chains: the unbearable lightness of being’ installation view 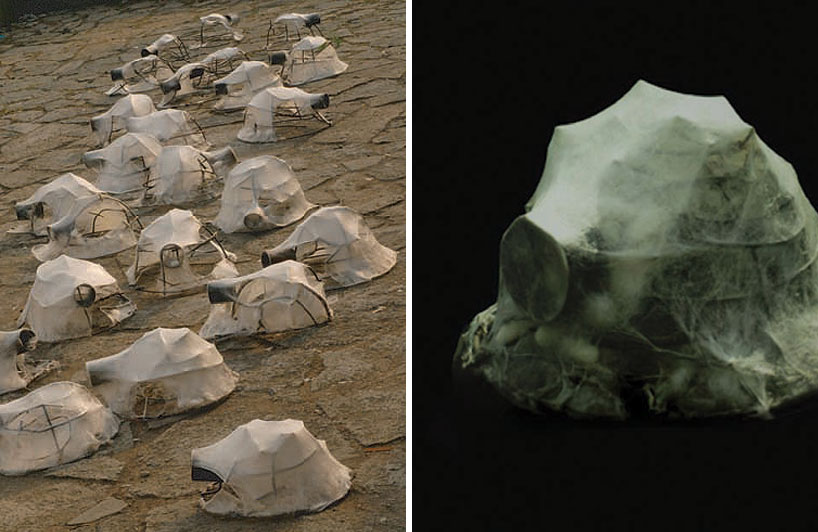 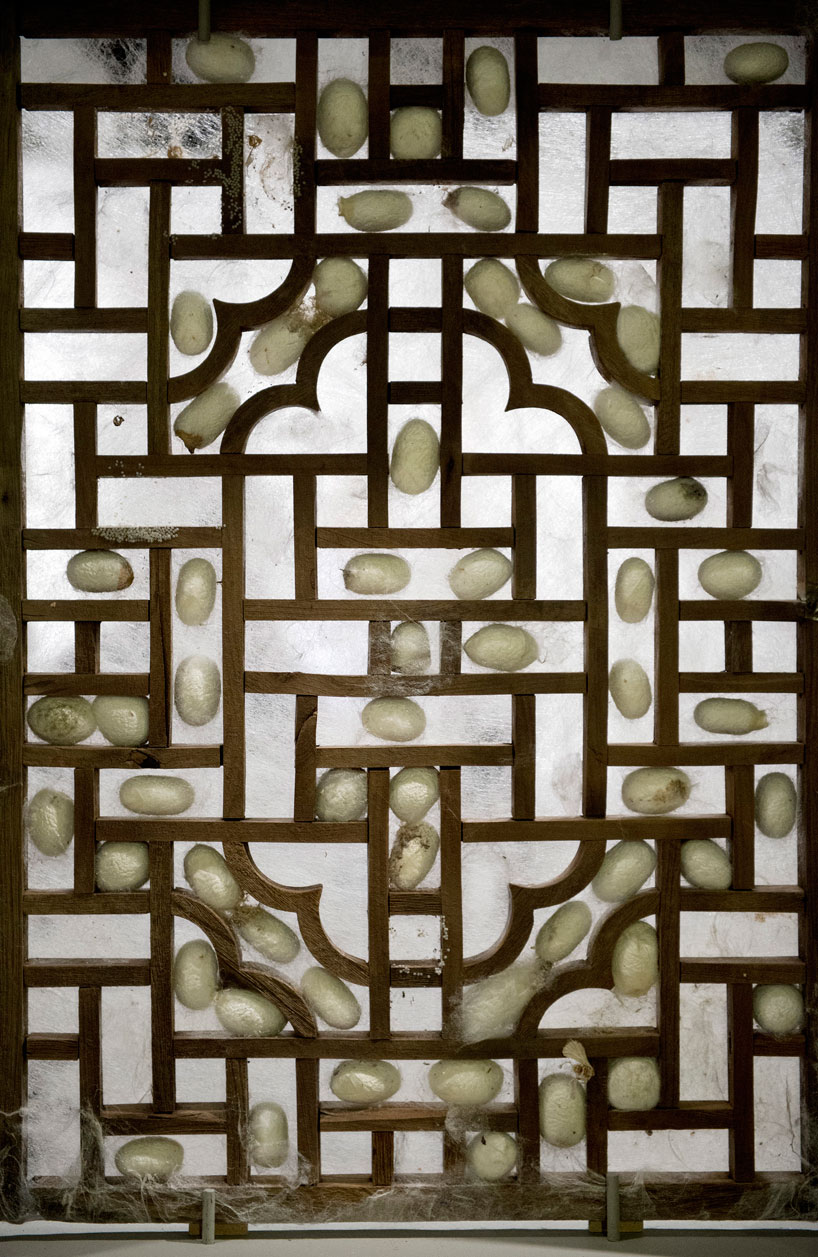 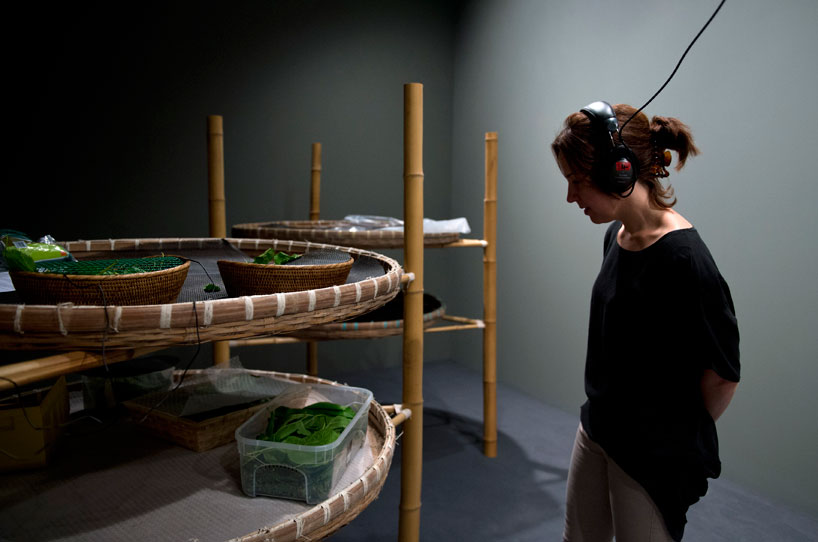