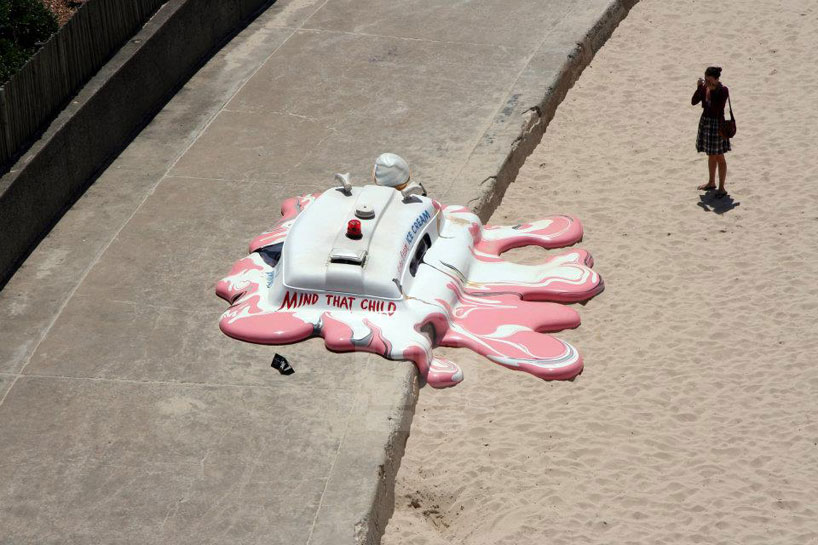 ‘hot with the chance of a late storm’, installation at sculpture by the sea, biondi, sydney, 2006, created by the glue society’s james dive. it is intended as a comment on global warming in which a melting ice cream van oozed onto the sand (the work has been touring australian beaches this year). 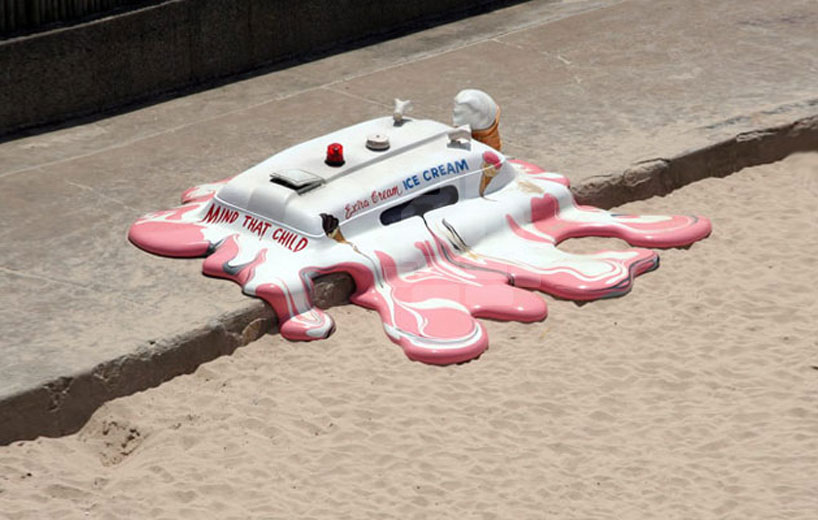 james dive is an installation artist and long-term member of creative collective the glue society, founded in 1998 by former ad agency creatives jonathan kneebone and gary freedman. the company has offices in sydney and new york, while their portfolio of work determinedly stretches across media to incorporate graphic design, sculpture, installations, and broadcast television alongside print and TV advertising. 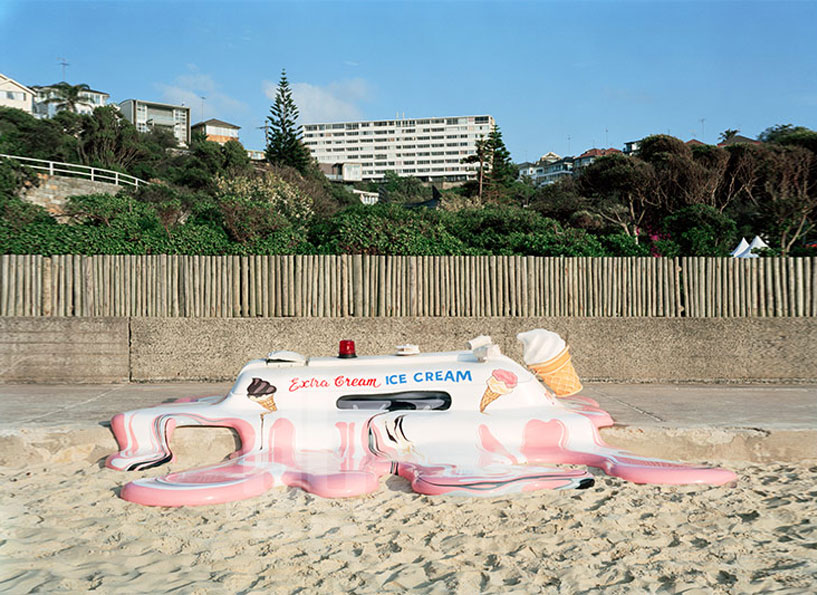 ‘hot with the chance of a late storm’ 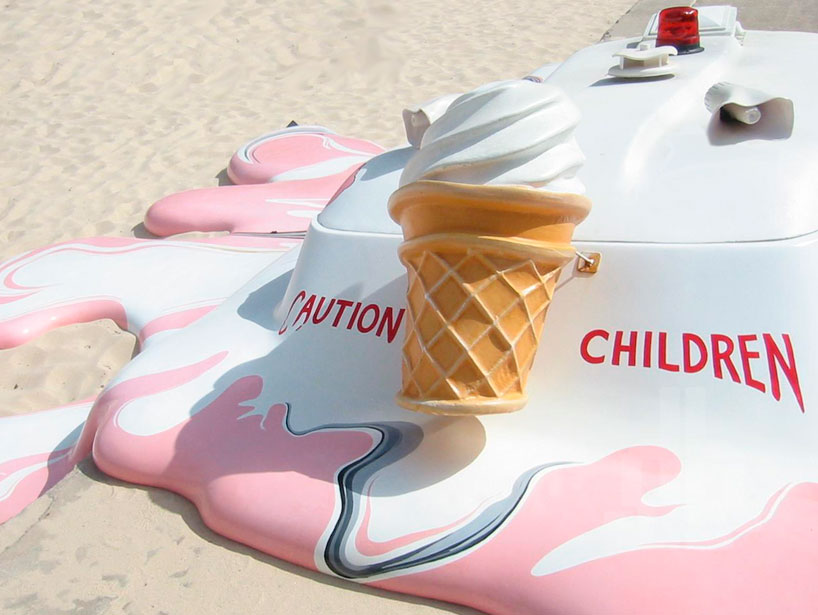 ‘hot with the chance of a late storm’ close-up 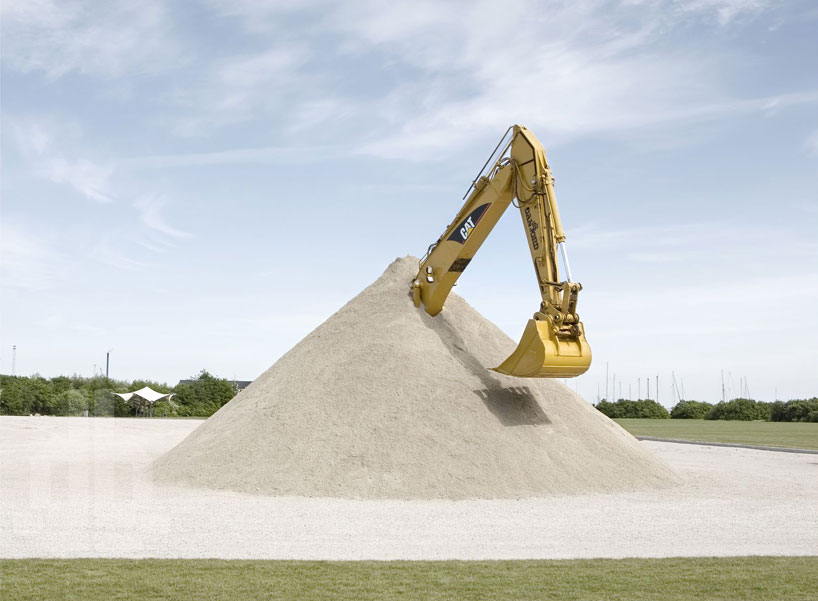 ‘it wasn’t supposed to end like this’, 2009 is a commission for ‘sculpture by the sea’ denmark, this work features a mechanical digger seemingly burying itself under 300 tonnes of rubble. the piece, created by james dive received extraordinary local and international press, including special praise from the crown prince frederick and princess mary. 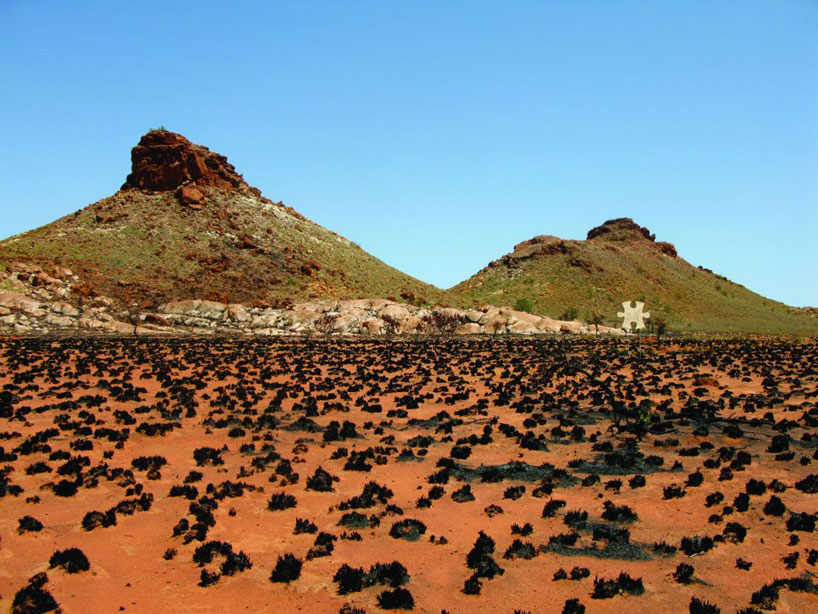 forming part of the australia project ‘the missing piece’ of 2010 – which set out to provoke debate about the current state of the nation- is a jigsaw puzzle sculpture. it was transported around the country and photographed in various empty landscapes. its aim to suggest something significant is missing from our everyday culture. 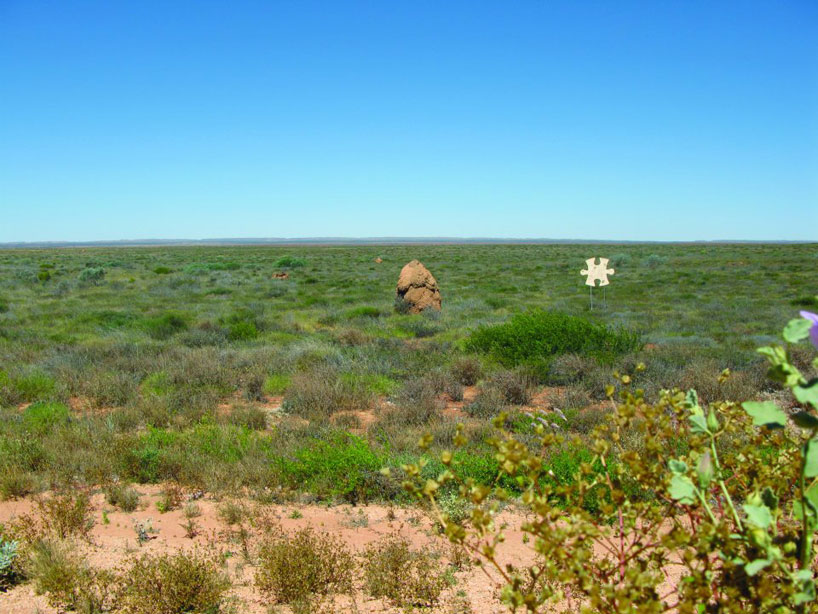 from the series ‘the missing piece’ 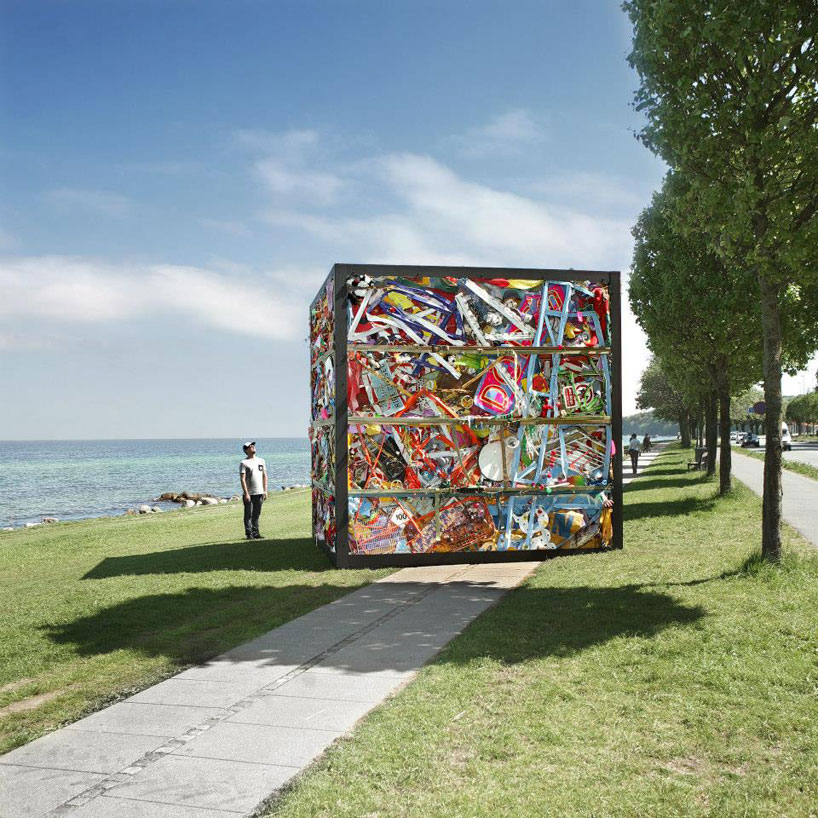 in his latest sculpture project, james dive of  the glue society has crushed an entire amusement park – including rides, dodgems and even prizes – into a 4 x 4 metre cube. it was on show until july 1st, 2013  at ‘sculpture by the sea’ in aarhus, denmark. 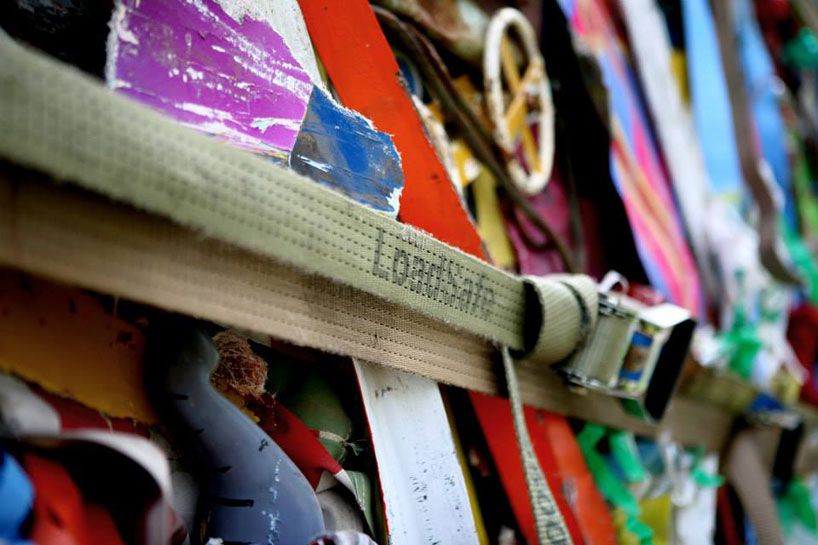 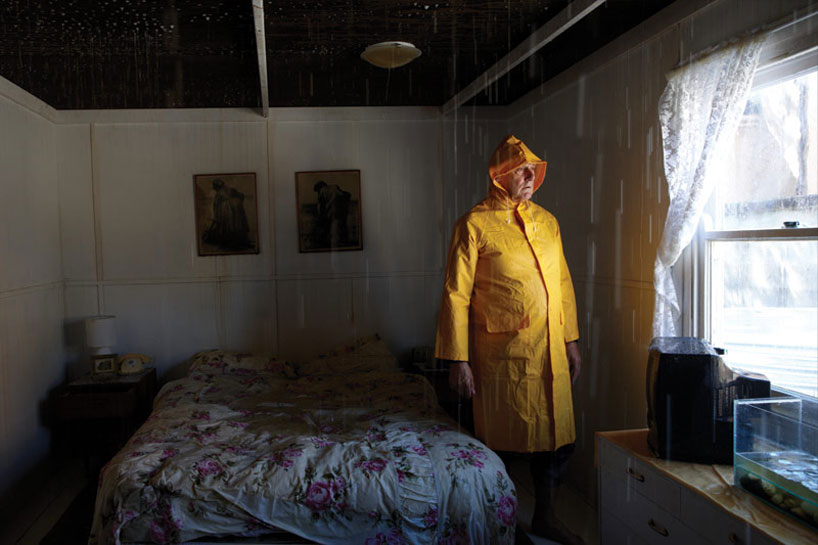 for the previous ‘sculpture by the sea’ event in aarhus, james dive created ‘I wish you hadn’t asked’, the work was a 66 square metre house, where it rained on the inside (over the five weeks of the exhibition it rained down 200 litres of water a minute on the furnished interior). it was awarded the major award and hosted 600,000 wet yellow raincoat-clad patrons.

the most recent work of the glue society is the orangina campaign : concept by fred & farid, paris, produced by wanda, paris, directed by the glue society’s gary freedman.

the most recent work of the glue society is the orangina campaign : concept by fred & farid, paris, produced by wanda, paris, directed by the glue society’s gary freedman.