the skateroom project has collaborated with brazilian artist and photographer vik muniz on an eight-color-spectrum skateboard series, currently on view at gallery baronian xippas in brussels. coinciding with surfaces, muniz’s solo exhibition at the gallery, the limited-edition decks feature a selection of the artist’s digital C-prints, which present a blizzard of art-historical images — all of them culled from books. as with other collaborations of the skateroom (see previous coverage here), 5% of the sales of these editions will go to the support of coletivo skate maré, a volunteer-led grassroots movement that uses skateboarding as a tool to empower at-risk youth in the rio favela of maré. an additional 15% will support escola vidigal, vik muniz’s art and technology school for low-income children from favela vidigal in rio. 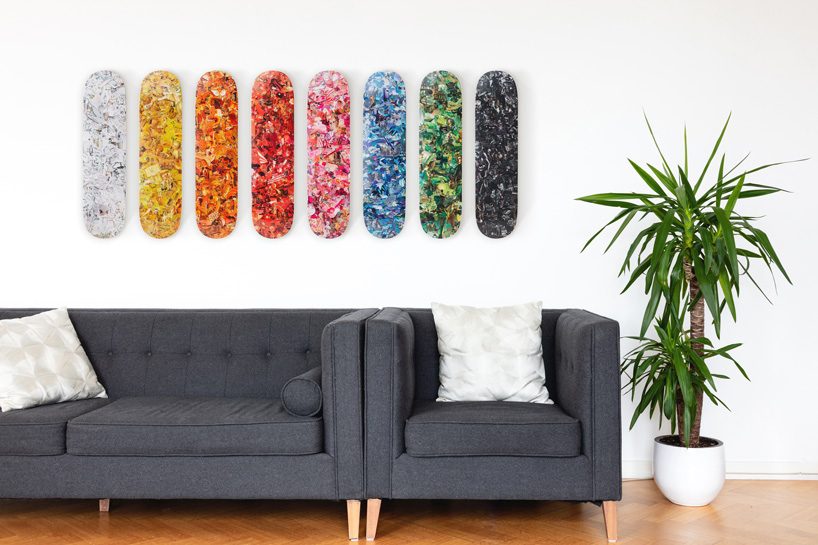 all images courtesy of the skateroom and baronian xippas

born in sao paulo, brazil, vik muniz is an artist and photographer who works primarily with unconventional materials such as tomato sauce, diamonds, magazine clippings, chocolate syrup, dust, dirt, etc., from which he creates works of art and then photographs them. as a child, muniz grew up in a low-income family from sao paulo, and when he established himself as an artist he decided to devote a large body of his work to give back to those who needed help the most: the poor and disenfranchised. 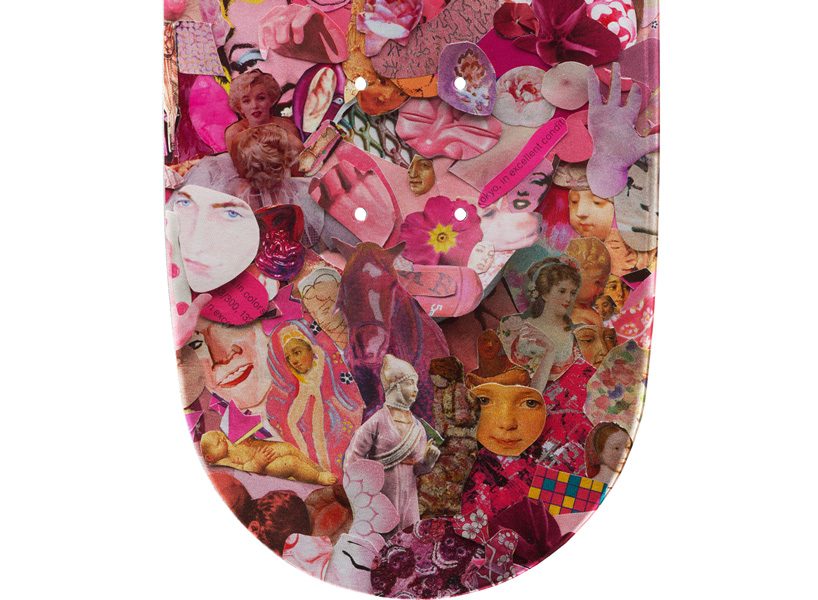 in partnership with baronian xippas, the skateroom collaborated with vik muniz on a limited edition, eight-part series of skateboards, featuring the artist’s work. muniz’s art and social engagement resonate with the skateroom’s socially driven business model, which ,as a young certified b corporation, unites art buyers, artists, galleries, museums, foundations, retailers, and non-profits around the world in a new economic model — art for social impact.

‘our “5:25” business model is simple: we unleash human creativity and the fruits of artistic labor to donate 5% of the turnover or 25% of the profit from every sale– whichever number is greater,’ explains the skateroom. ‘through our community’s support, we have so far raised over $565,000 to fund 29 social skate projects dedicated to empowering at-risk youth around the world.’ 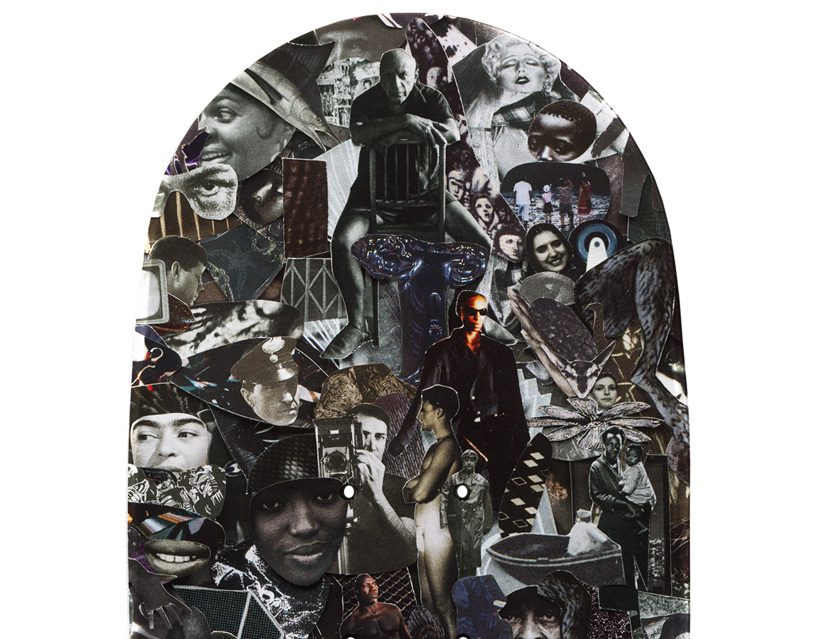 through the sales of these editions of 75, the skateroom commits 5% of the sales proceeds to support coletivo skate maré, a volunteer-led grassroots movement that uses skateboarding as a tool to empower at-risk youth in the rio favela of maré. an additional 15% will support escola vidigal, vik muniz’s art and technology school for low-income children from favela vidigal in rio.