the space between exhibition will bring together a group of nine international artists: annie cattrell, amanda couch, richard ducker, jan dunning, joy gerrard, kate mccgwire, marilene oliver, kate street and esther teichmann whose work ranges from video to performance and sculpture. ‘the show explores the ideas that surround our common experience of ‘liminality’, of existing in ‘a space between’ places, ideas, thoughts and emotions. the venue itself, with its tombstones and relics of those who have ‘crossed over’, is perfect for a discussion of the theme, occupying as it does the middle ground between states, the ephemeral and the permanent, life and death. the current zeitgeist dictates that we can be anyone or anything if only we try hard enough,  or are good enough, and so increasingly we find ourselves in a ‘space between’, somewhere between ‘being’ and ‘becoming’. it’s a place of transformation and possibility, rich with longing, melancholy and fantasy. only here are we able to stop and contemplate – but never entirely grasp – the state of flux that characterizes our lives.’ 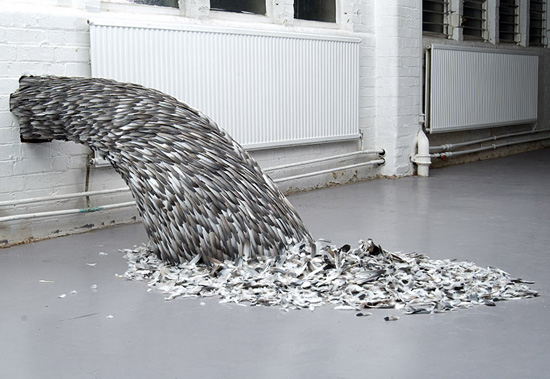 ‘heave’ by kate mccgwire, 2008 kate mccgwire uses impure materials, most recently pigeon feathers, to create forms that exist somewhere between myth and reality, deliberately playing with freud’s notion of ‘the uncanny’ (that sense of something which is both familiar and strange) to unseat our sense of well-being. she will be showing ‘sluice’, an effluent-like flood of pigeon feathers which plays on the material’s ability to elicit wonder and repulsion in equal measure. 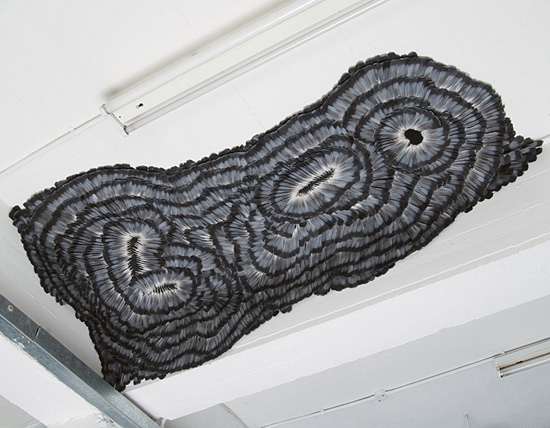 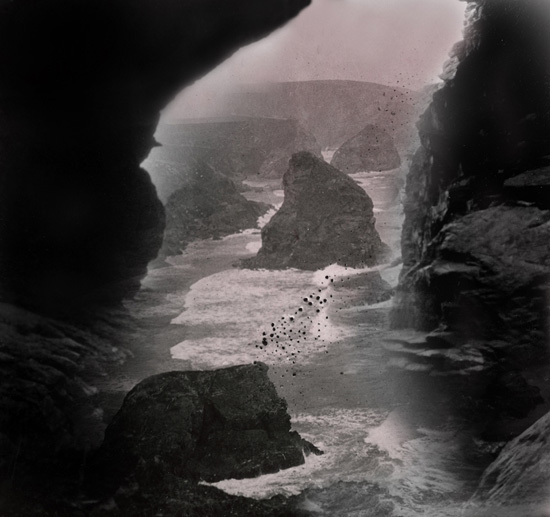 untitled from mythologies by esther teichmann, 2009 esther teichmann uses the medium of photography and video to examine the relationship of the self to the maternal body and to the body of the lover. desire and fear of loss are subtly and yet powerfully evoked in these explorations of the visceral and expressive properties of the human physique and skin. teichmann will show ‘to get there’, a video work which invites the viewer to enter into the intimate world of the mother longing to comfort an adult child. 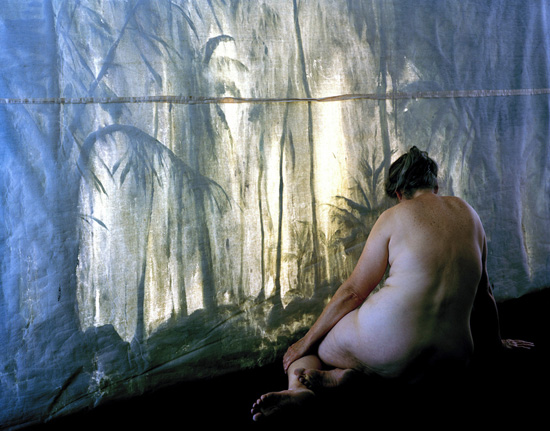 untitled from mythologies by esther teichmann, 2008 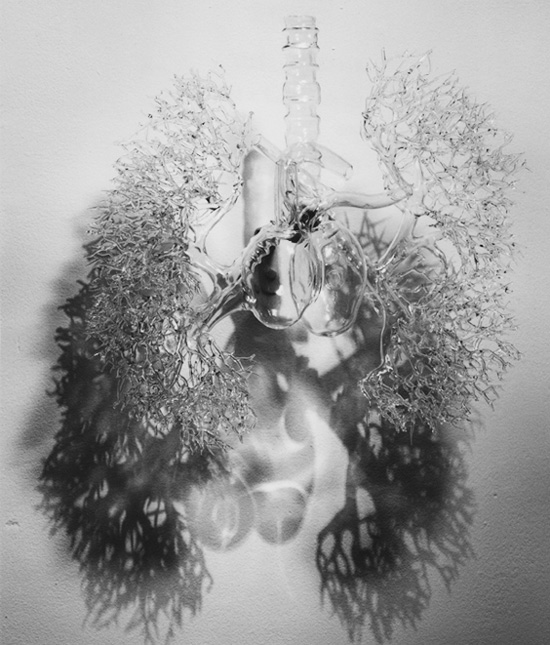 annie cattrell describes herself as ‘a runner between worlds’, between science and art. her work deals with the fleeting and ephemeral, those things that are normally invisible to the human eye – a breath inside a human lung or cloud formation on a particular day. she will be showing ‘ranges’, which captures in glass a whole spectrum of human facial expressions from neutral indifference to laughter and anger. 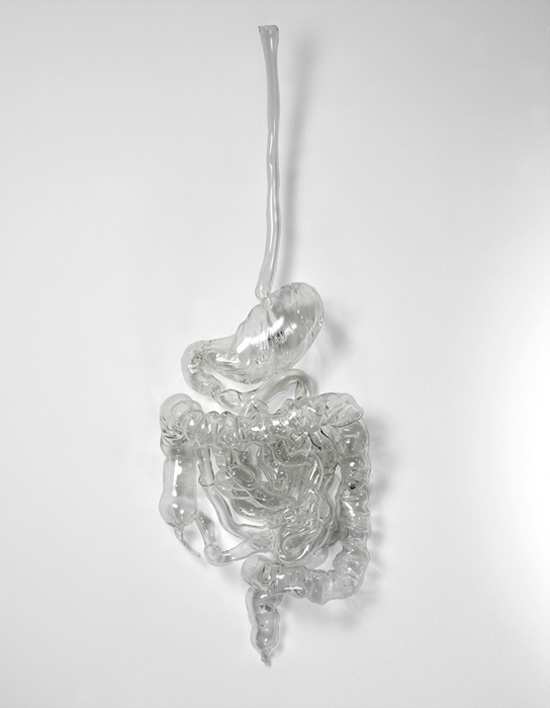 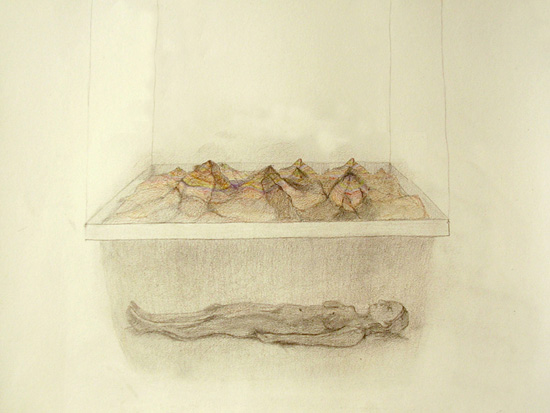 ‘dust falling’ by amanda couch 2008 amanda couch has created an alter ego, ‘a traveller, somewhere between civilized and savage, woman and child, space and time’. she has created a new work especially for the space between, which she will perform at the private view (4 june). 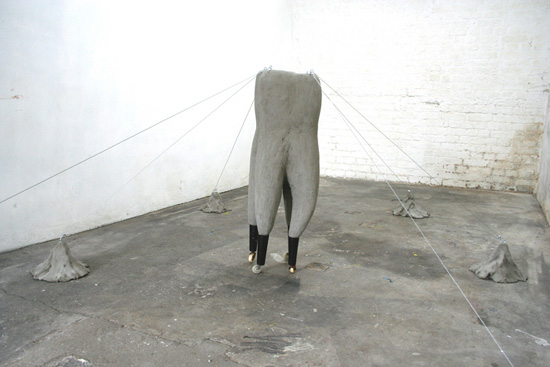 ‘now say after me’ by richard ducker

richard ducker makes sculptural objects coated in concrete that are at once sombre and impishly humorous. he combines the found with the made object to suggest private stories embedded in works which ‘evoke nostalgia, myths soaked in dreams, and fairy-tales gone wrong’, and will be exhibiting a new work, ‘aqualung’. 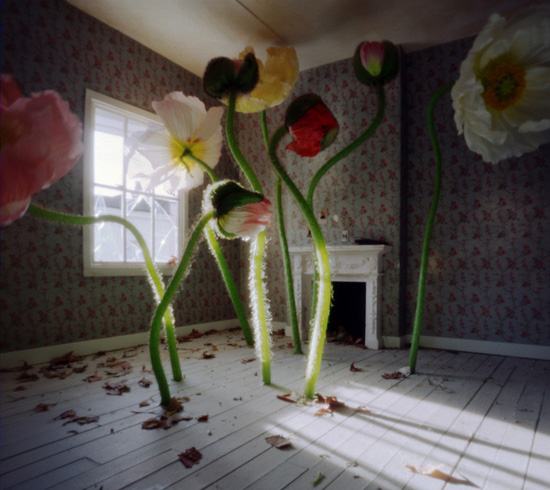 untitled by jan dunning, 2008, jan dunning works with a pinhole camera, offering an unsettling, enigmatic perspective on the ‘natural’ world. her work exploits the ambiguous and transformational perspective of the pinhole photograph to present confrontations between fiction and reality, the possible and impossible, the natural and unnatural. 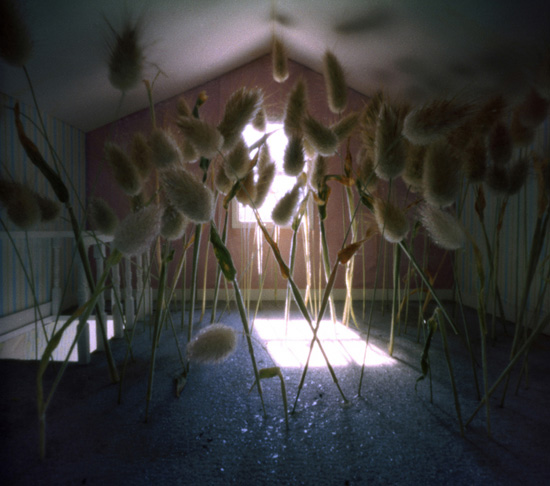 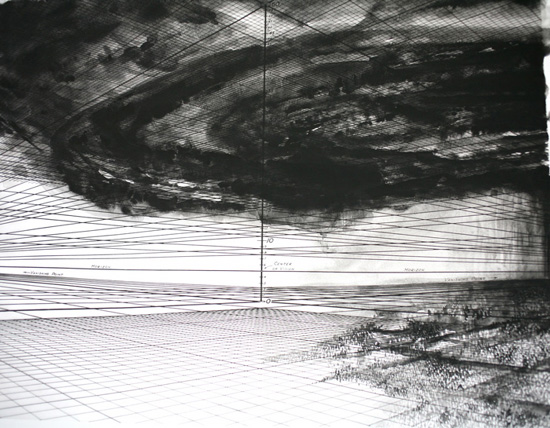 joy gerrard concentrates on space, site, politics and a visual response to the city as a site of transformation. she looks at the idea of ‘the crowd’ framed by urban space in an attempt to address some fundamental questions about the changing political face of the city. recent work includes large-format drawings of crowds forming to mourn and protest as well as miniature animation and video works that comment on the politics of congregation and dispersal in urban spaces. 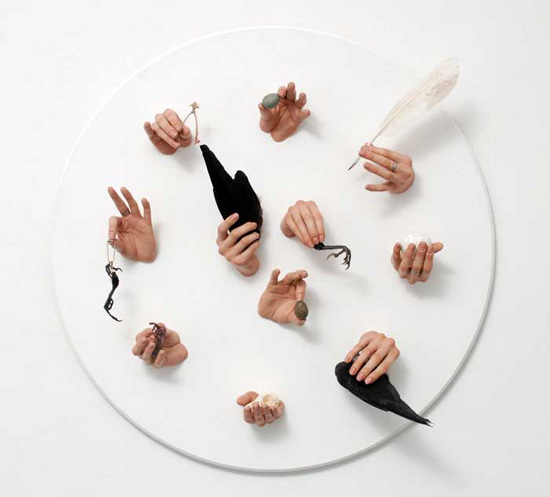 kate street uses language and well-known stock phrases as a starting point for her sculptural works that strike a balance between the theatrical and the absurd, the romantic and the deathly. she is creating two new works for the show, one of which ‘bird in the hand’ explores our need to compare our achievements with others’, to dissect and analyse, in the search for the root of what makes us happy. 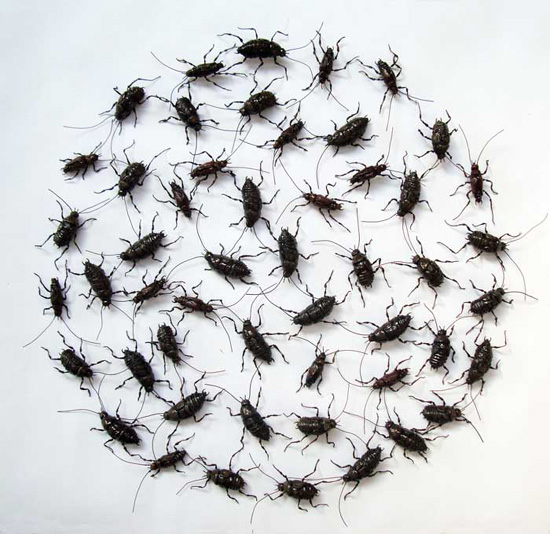 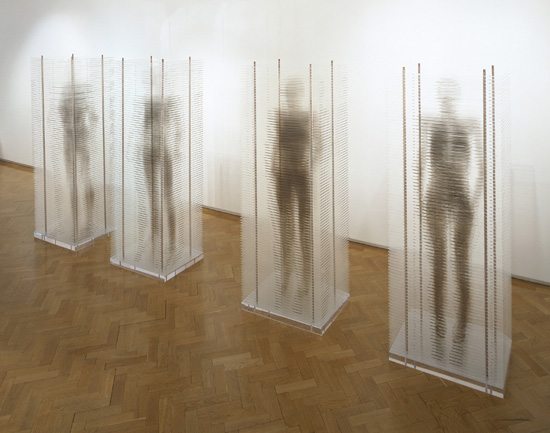 marilene oliver works at a crossroads somewhere between new digital technologies, traditional print and sculpture, her finished objects bridging the virtual and the real worlds. she works with the body translated into data form in order to understand how it has become ‘unfleshed’, in the hope of understanding who or what it has become. to this end she uses various scanning technologies, such as MRI and PET, to reclaim the interior of the body – a threshold portraitists don’t generally cross – in all its physical beauty. 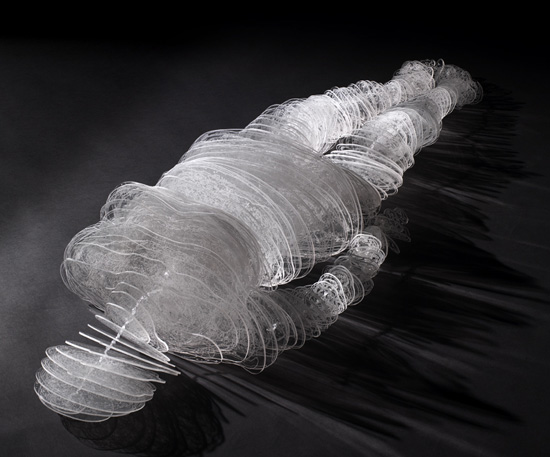 visit the space between website for more information on the show. 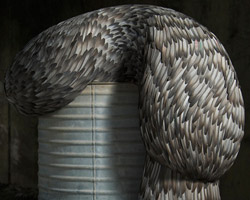 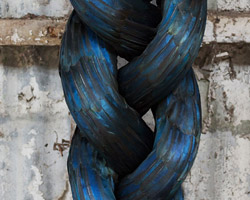 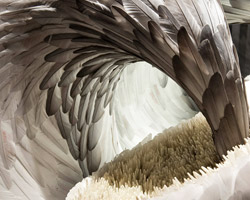