conceived by two well-known street artists, ‘the underbelly project‘ is an exhibition of street art by 103 artists and contributors from around the world. the show, which took 18 months in the making, is one of the largest of its kind ever to take place in one gallery space–a gallery space which turns out to be a secret, underground subway station in new york, an abandoned part of the city’s transit infrastructure hidden from the public. 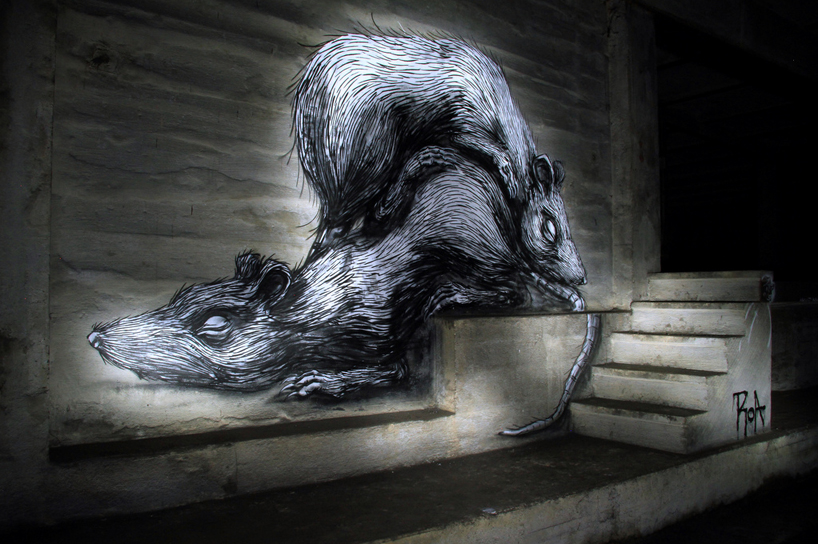 while the unconventional setting, not to mention the illegal aspects of such a showing, does not encourage or facilitate public viewing, this is entirely the point. the show’s curators, who go by their street-artist pseudonyms of ‘workhorse’ and ‘PAC’, were drawn to the idea of creating a secret treasure trove of art in an otherwise abandoned space. the murals and paintings work with the cavernous site, preserving and even enhancing its apocalyptic atmosphere. 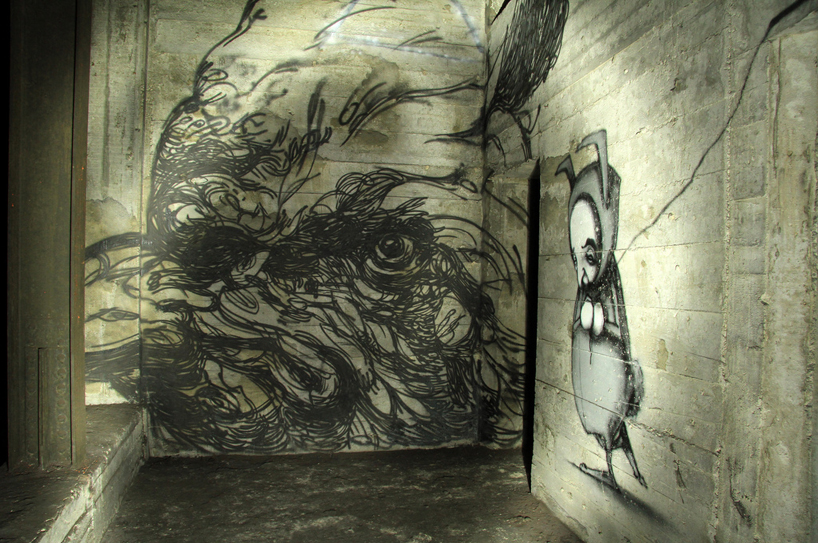 another notion which fueled the exhibition’s inception was the direction in which both curators thought the art had taken in recent years. ‘street art’ has decidedly become much more mainstream with artists like banksy becoming a house-hold name. the aim of creating the collective show in the way that they have was to return to the fundamentals of the urban art scene, creating with an energy that did not run on money or recognition.

the list of invited participants range from well-established street artists with gallery representation to young, up-and-coming contributors from everywhere around the world. 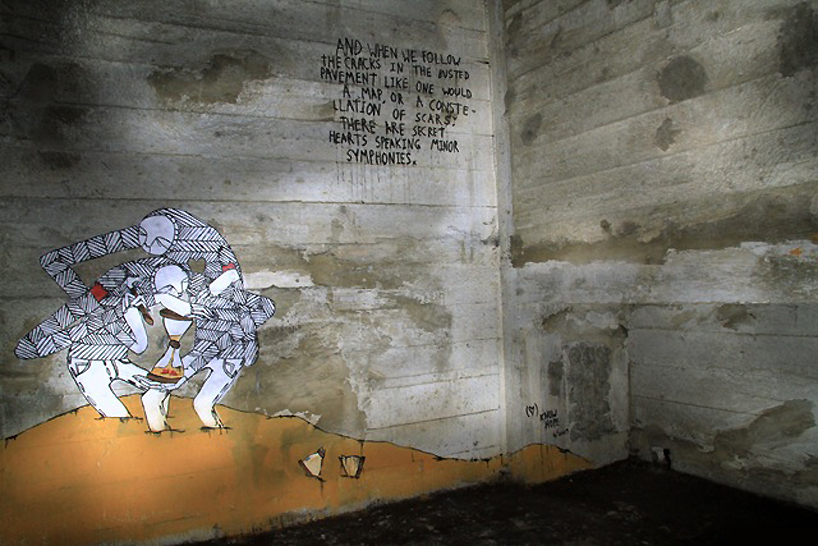 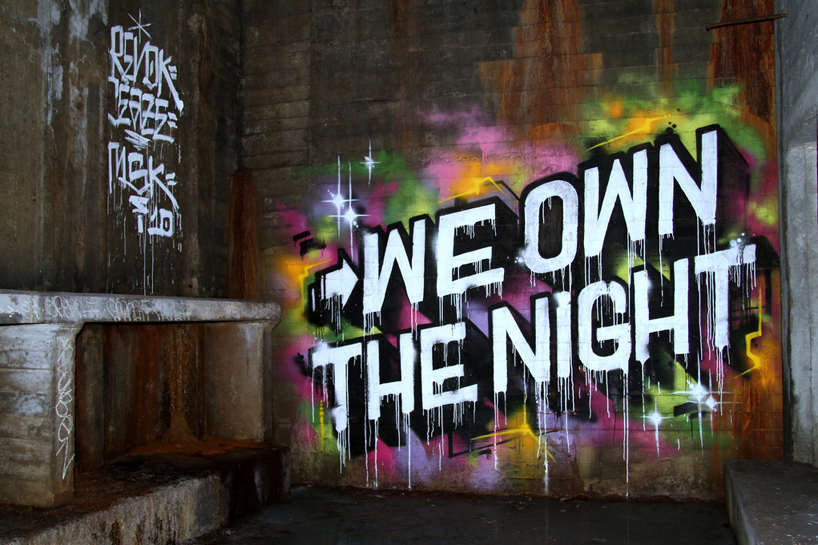 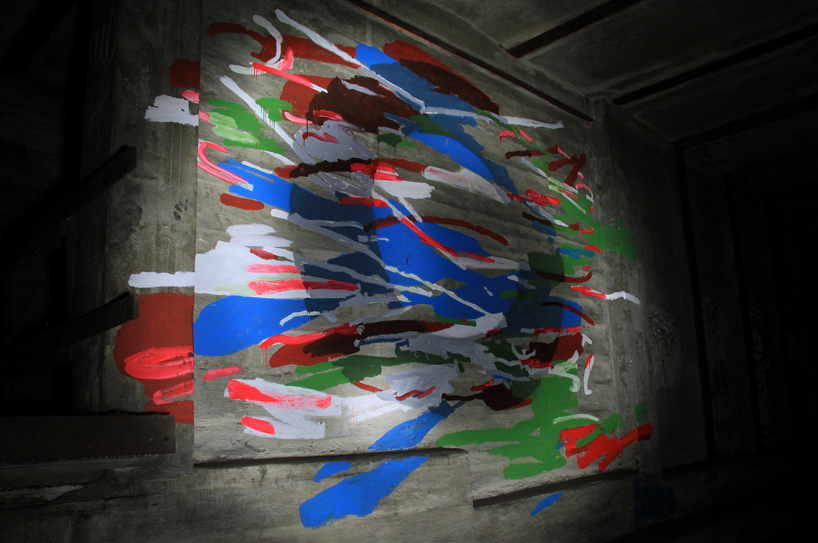 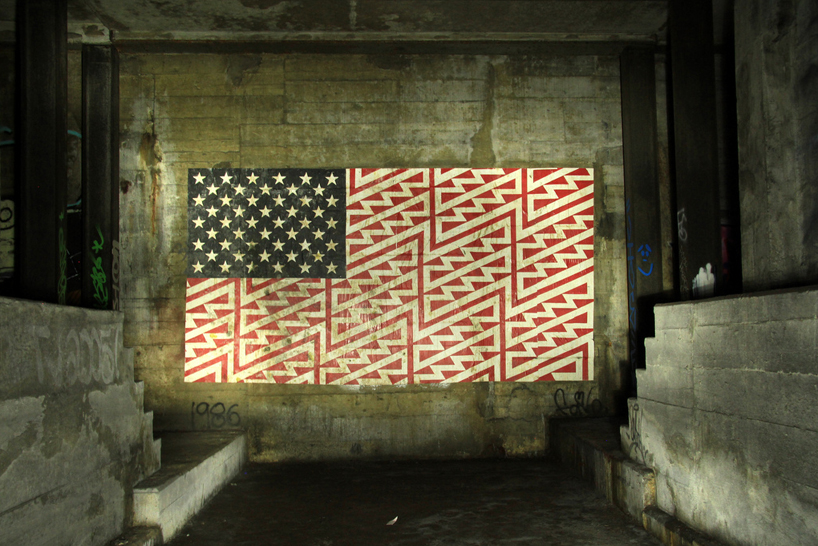 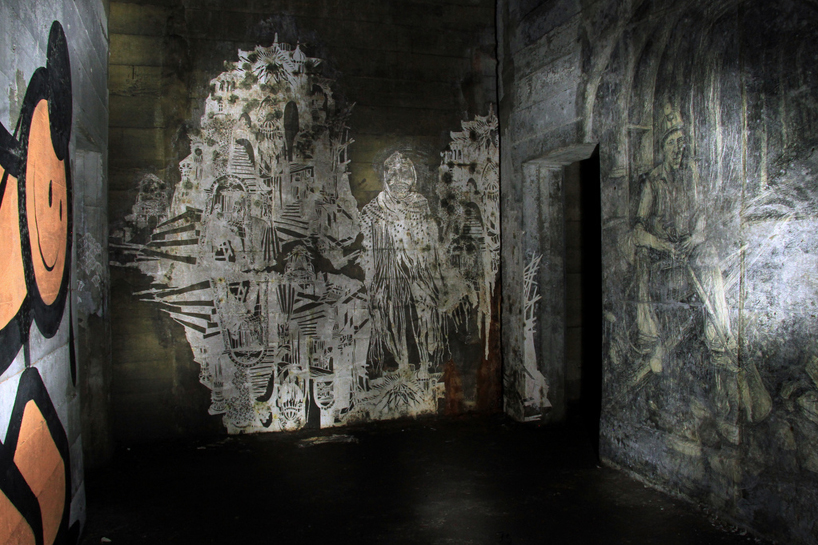 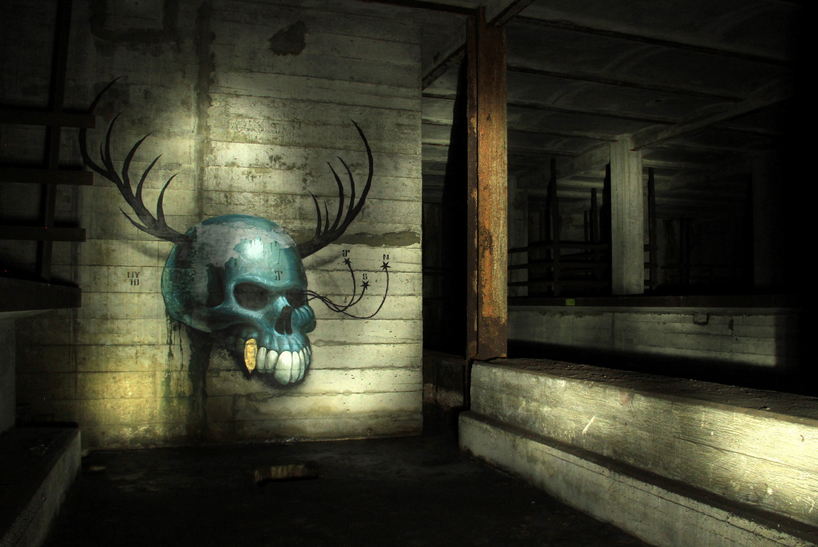 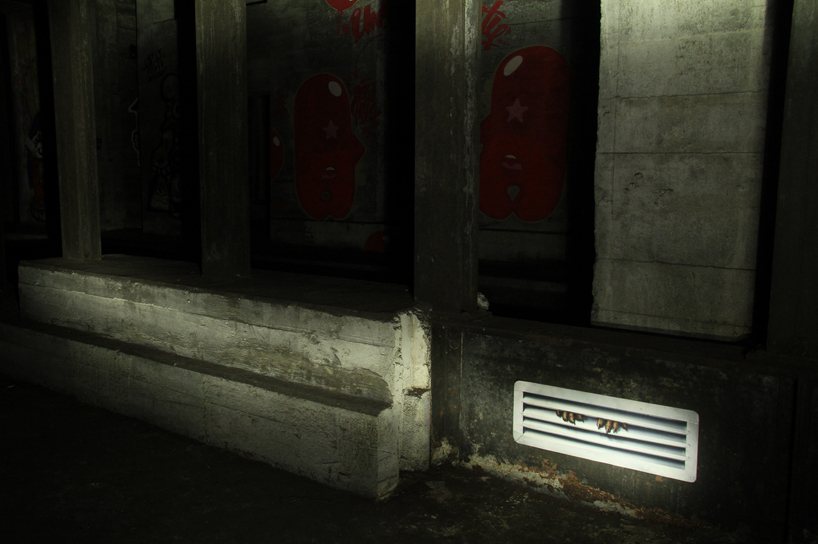 by dan witz image © luna park — a special thanks to photographer luna park, who was lucky enough to see the project in person.