the infamous UK street artist banksy has been overseas in new york. last week, he was spotted painting a large mural that touched on the US economic situation. now he has opened a pet store in the west village. as you would expect from banksy, ‘the village pet store and charcoal grill’ isn’t your typical pet store; there are definitely no gold fish for sale here. some of the ‘pets’ on display include chicken mcnuggets drinking sauce and a rabbit putting on some lipstick. further along, hotdogs sit under heat lamps in place of lizards and fish sticks float inside aquariums. to make the whole spectacle more surprising all the animals are animated through animatronics. this is a clear departure from banksy’s other work and is apparently his first real new york exhibit. the store is open everyday from 10am to midnight, until october 31st. videos of the displays can be seen here. 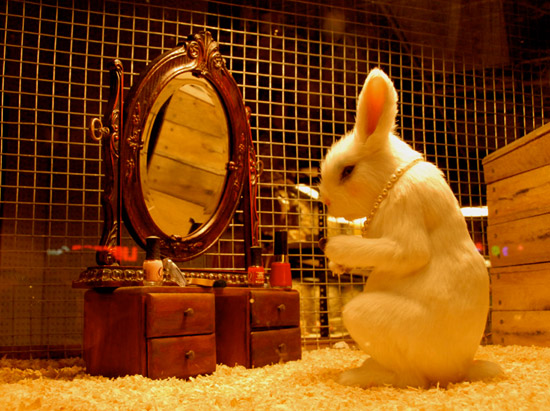 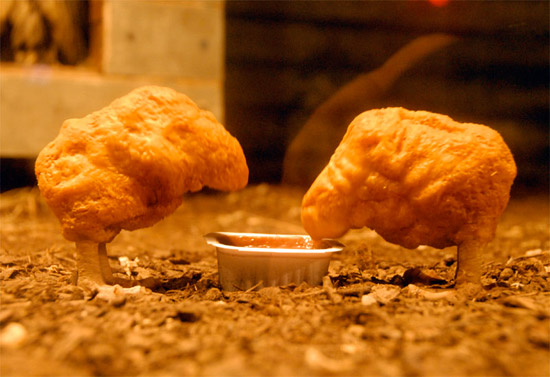 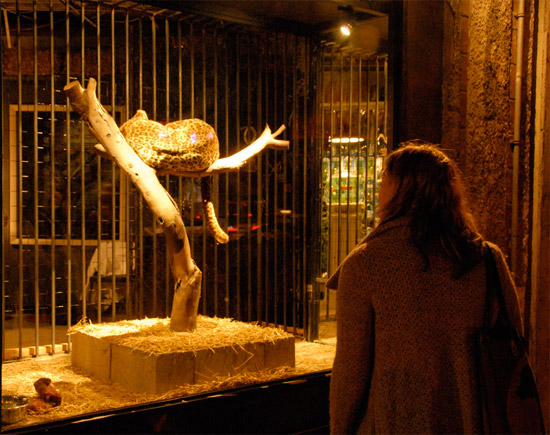