the new york city skyline is home to some of the most famous buildings in the world, yet few notice the roof-top structures ubiquitous and vital to the bustling urban landscape: water tanks. the water tank project aims to transform the image of these otherwise overlooked constructions, draw awareness to the global water crisis and enliven the panorama through publicly accessible art. ‘we are creating symbols of water abundance and raising awareness about our global water issue, one tank at a time.’ describes founder mary jordan, who experienced a water shortage in ethiopia in 2007 ‘my hope is that everyone everywhere is inspired by the project, and is encouraged to learn how they can make a difference.’

with some of the most acclaimed international artists including edward burtynsky, ed ruscha and jeff koons, the project team is participating in an unprecedented social intervention, with the hopes of instilling awe, educating and altering the attitude of those who experience the works. the unique exposed rooftop water tanks have never been used before for public art and make an ideal canvas for various designs and compositions. 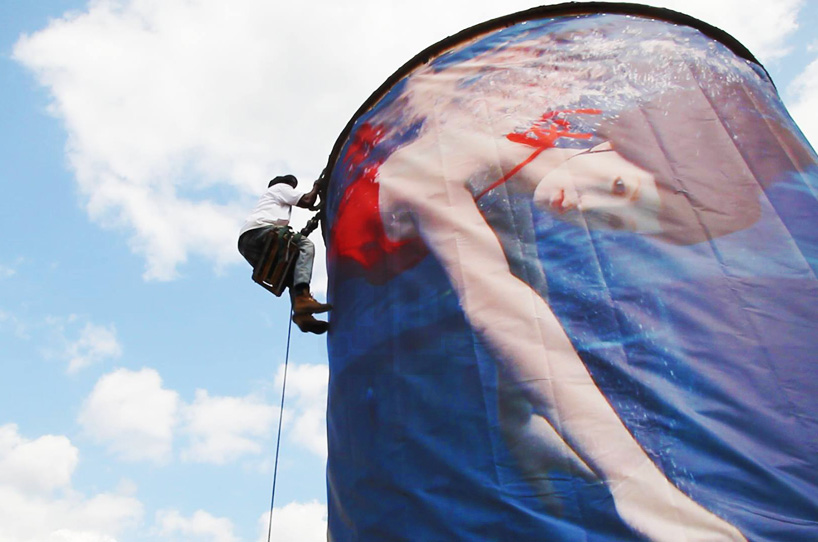 installing the work by laurie simmons

so far, the first five water tanks wrapped in artwork — with works by laurie simmons, odili donald odita, sigrid calon, lorenzo petrantoni and tessa traeger — are now gracing the skyline of downtown manhattan. the project has just revealed a digital map that will reveal the locations and art information of the tanks as they are continuously wrapped. the interface will allow millions around the world to experience the event virtually through an app and web based multimedia. 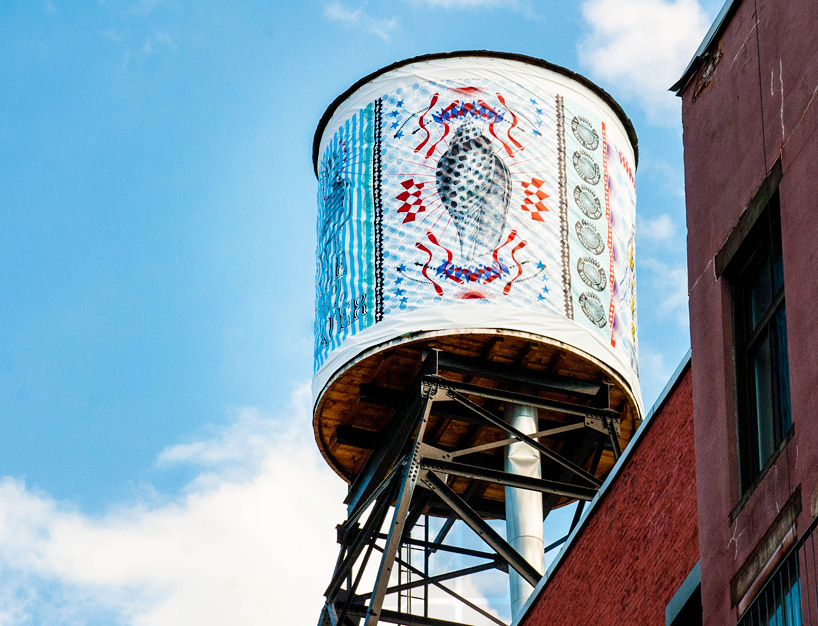 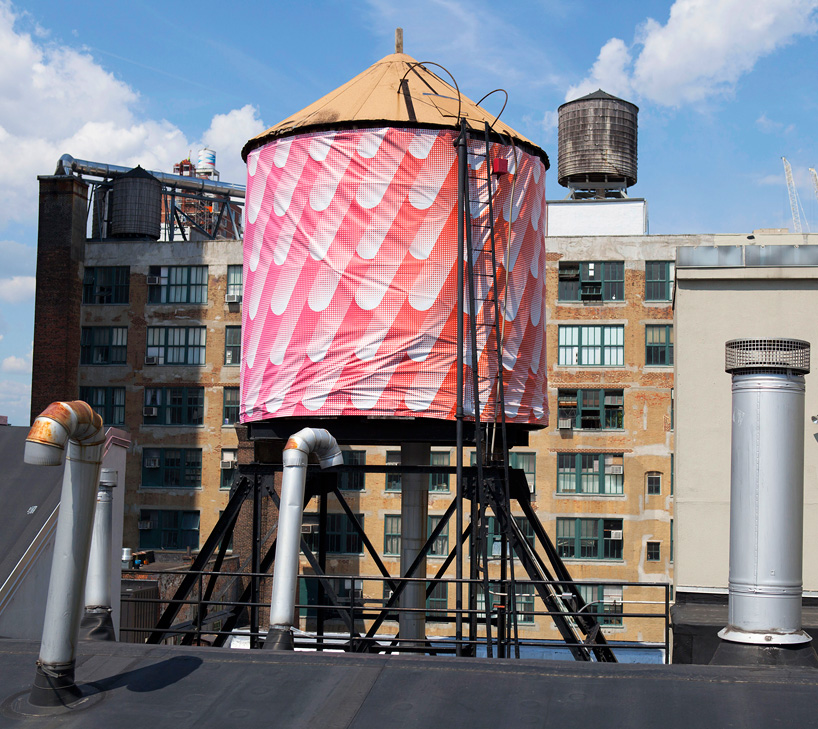 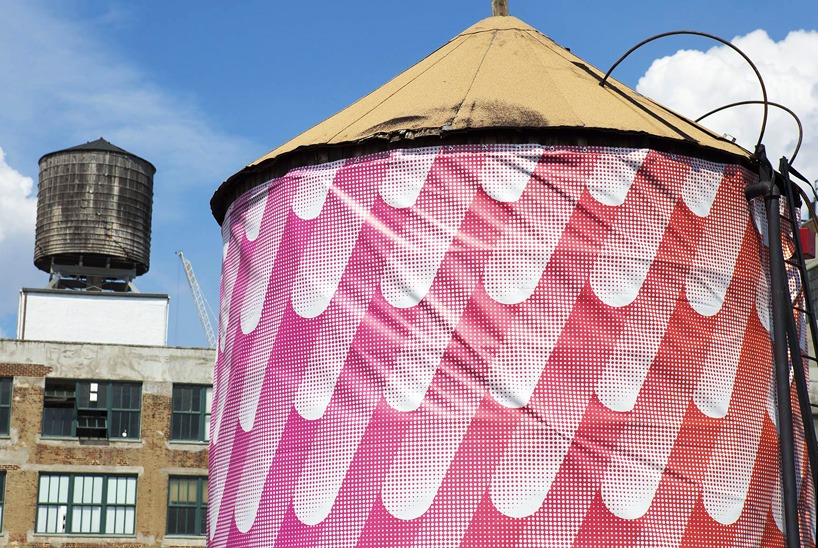 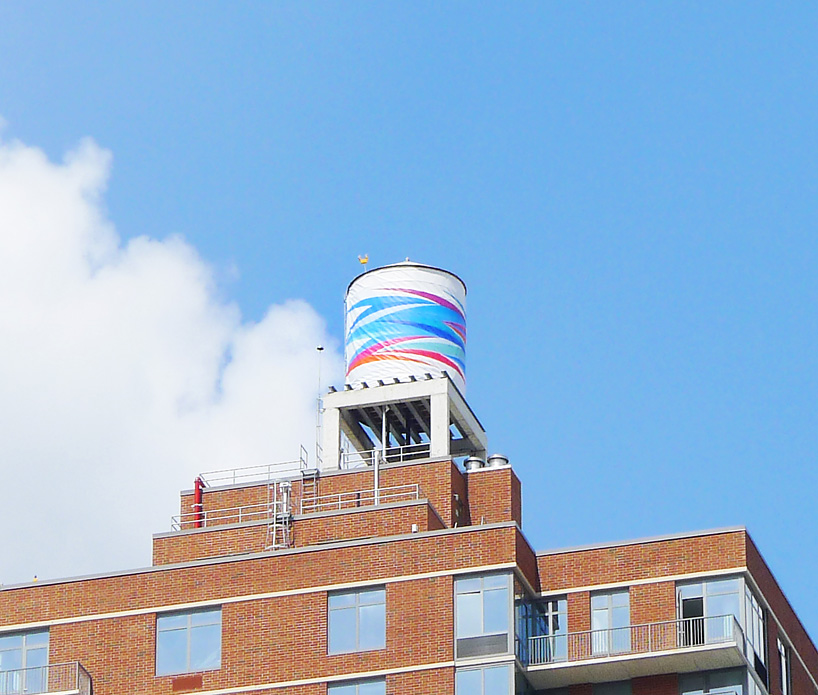 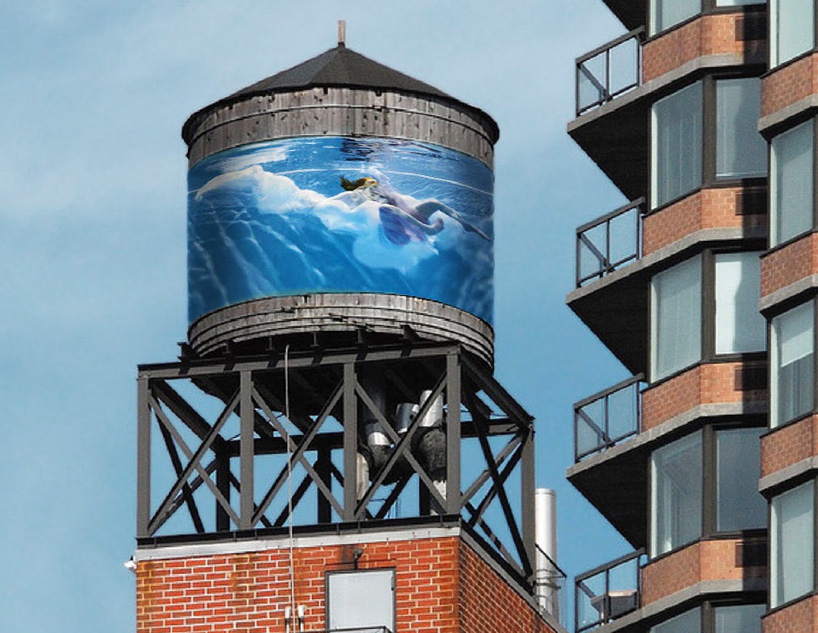 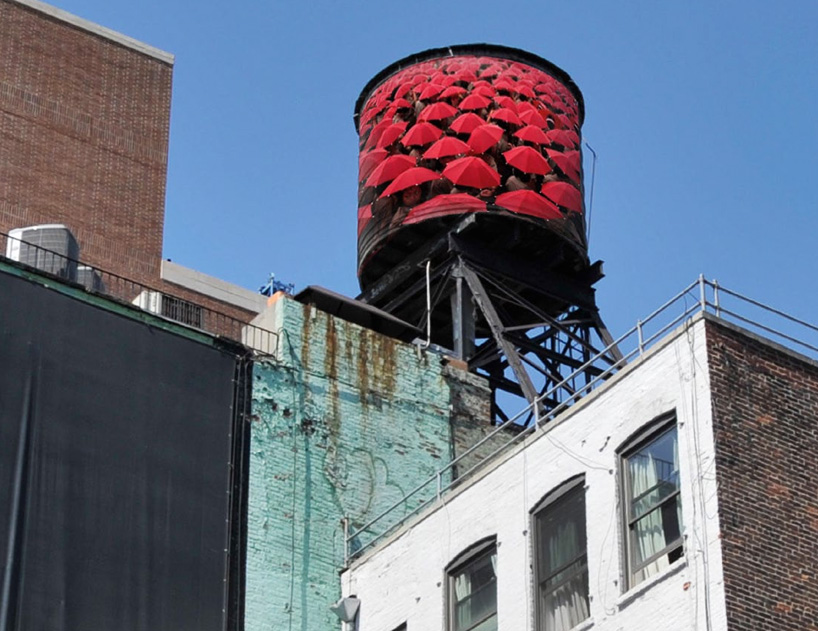 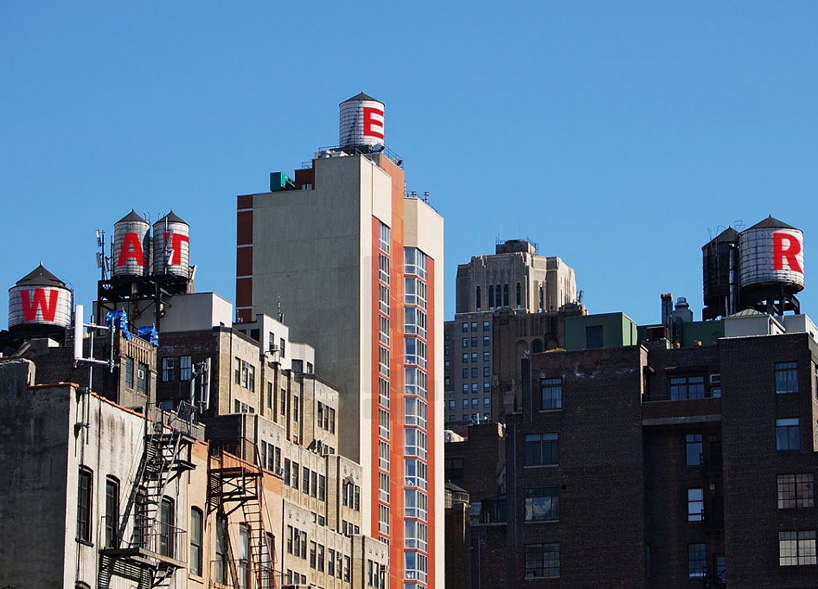 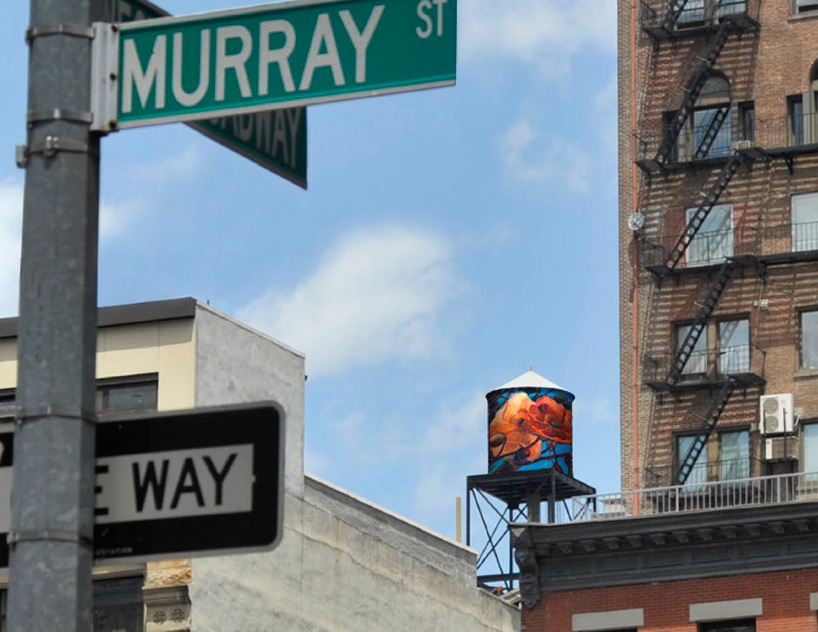 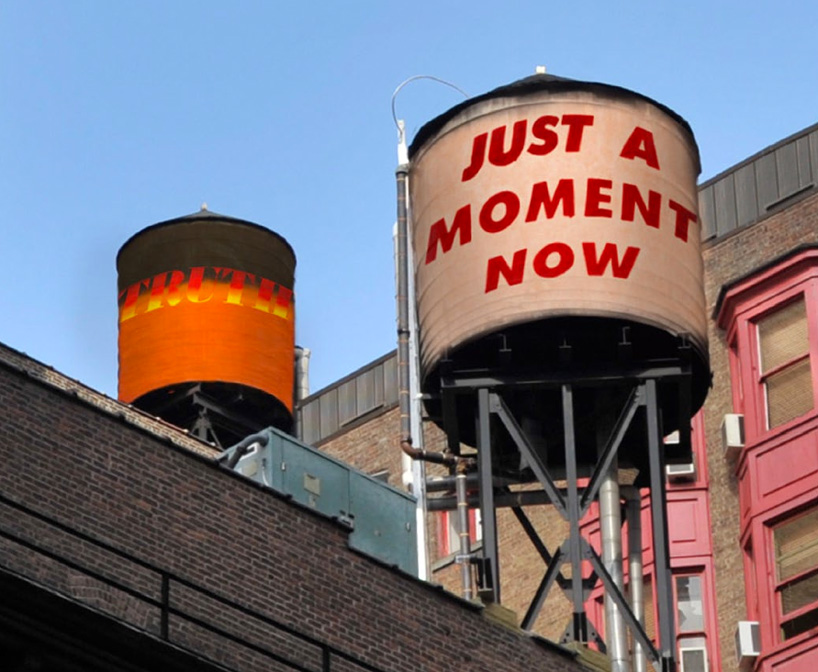 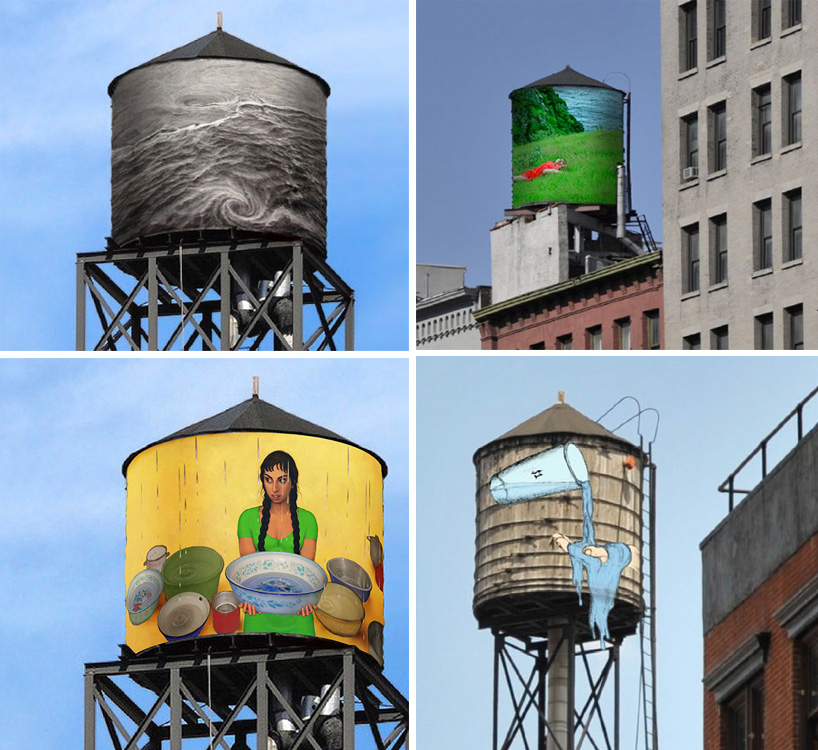 about the water tank project:

the water tank project is an initiative of word above the street, a non-profit dedicated to fostering environmental awareness, education and social advocacy through large-scale public art projects. artwork from both acclaimed and emerging artists will be showcased to the delight of passersby and will call significant attention to the global water crisis. critical production support has been provided by swatch, hearst magazines, bettina and donald l. bryant, jr., elizabeth k. belfer, agnes gund, ford foundation, rockefeller foundation, booth ferris foundation and mcgarrybowen.