since the beginning we have followed the engineering genius of theo jansen‘s world-famous strandbeests – large-scale kinetic sculptures that use the power of wind to move around autonomously. now fans of the dutch artists can build one of their own with a mini DIY kits let users create an 8-inch version of one of jansen’s full-scale designs. 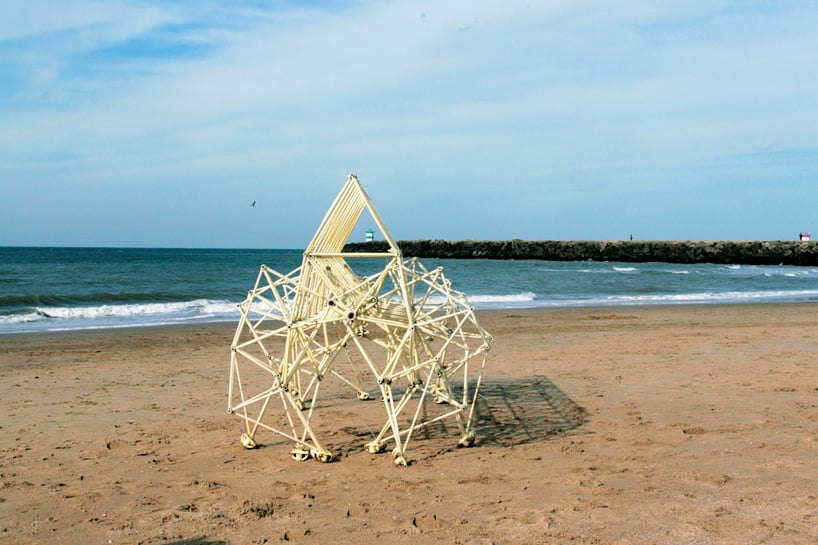 since 1990, theo jansen has been experimenting with mechanical engineering techniques, building skeletons from plastic pipes that use the power of the wind to move, seemingly all by themselves. referring to them as a fast-evolving new species on earth, the artist divides each strandbeest generation into time periods, giving them scientific-sounding latin names. 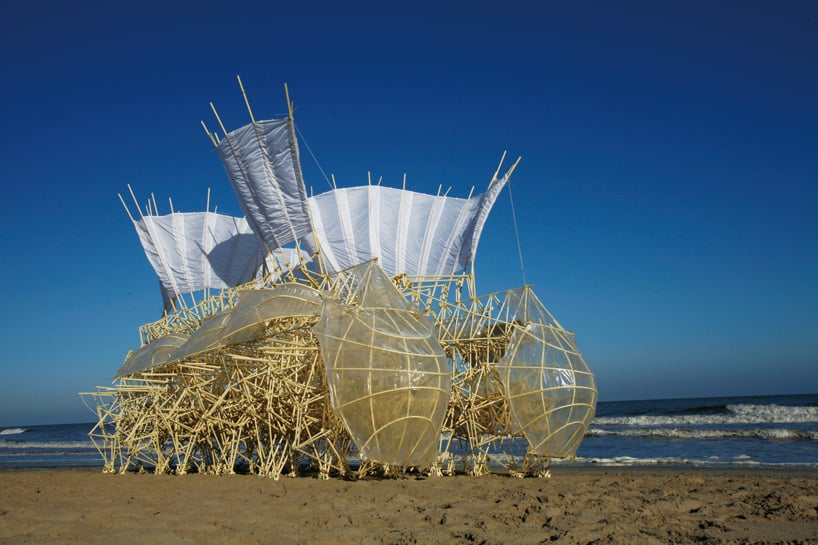 the mini strandbeest uses the same mechanism designed specifically by the artist for the project and like its forebear comes with a fan at one end that catches the wind, propelling the legs to move in a cyclical fashion. built from 120 parts that snap together to form 12 jointed legs, a spinelike crankshaft, and a wind turbine, it takes around 90 minutes to build.

see the mini strandbeest being made

over the years the strandbeest species has evolved in stages of different materials, from PVC tubes to steel or wood, making the animal heavier and bigger, and each one tackling a different problem. jansen has used plastic bottles to store air from bicycle pumps that are activated by small wings and later be used when there is no wind; the animaris rectus (2006-2008) had a mechanism to hammer a stake into the sand to stop it from getting blown away when there were strong winds; the animaris adulari (2012) could detect water using an integrated hose that reacted to getting blocked by water setting off a mechanism that would reverse its direction to stop it from being submerged. it also had “sweat glands”, or rather a water system to flush out grains of sand that could jam its joints. 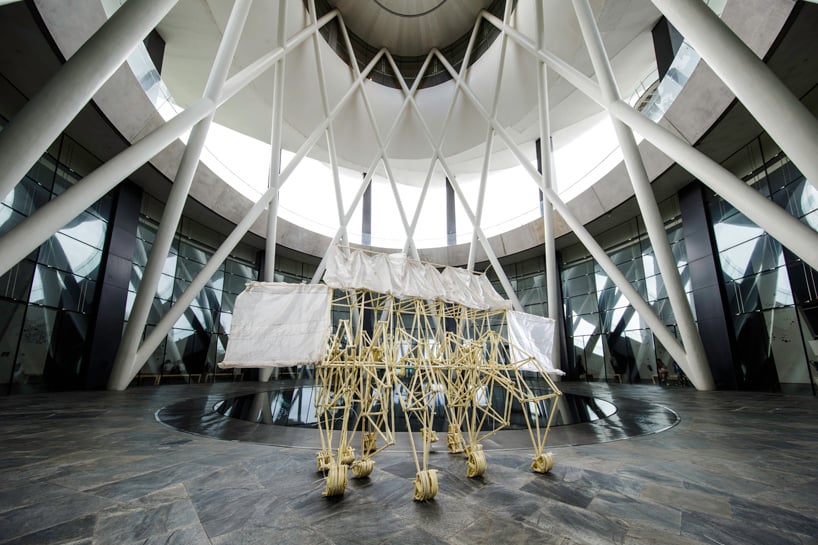 each year, jansen experiments on his new creations to help them adapt to their seaside environment. this year a major retrospective of his work will capture the products of this annual event. wind walkers: theo jansen’s strandbeests, on display at singapore’s artscience museum until september 30, is a major retrospective of the artist’s work which showcases how the man-made creatures have dramatically evolved. alongside the showcase a series of workshops, unfortunately now all sold out, invite the public to beach sessions where they can witness jansen’s working process. 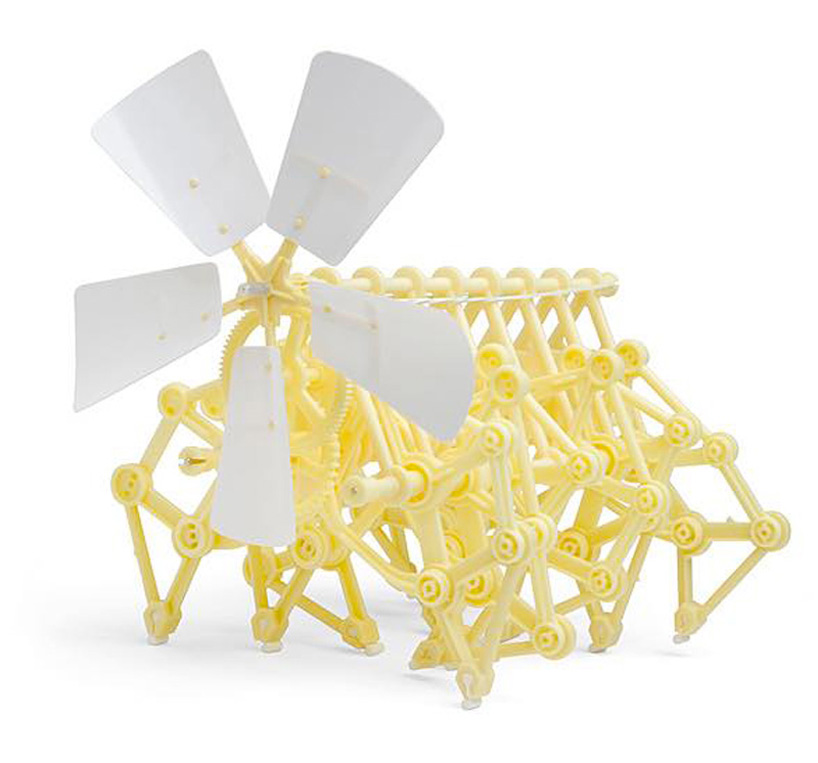 wind walkers presents different generations of strandbeests, classified into time periods similar to geologic eras including more notable variations like the massive animaris siamesis, which weighs over 200kg and has 72 legs. it is the largest strandbeest jansen has made and as its name suggests (latin for ‘twins’), it has two bodies anchored onto each other for stability. at the other end of the scale is the small and mobile animaris ordis which moves by the wind which passes through its sails. 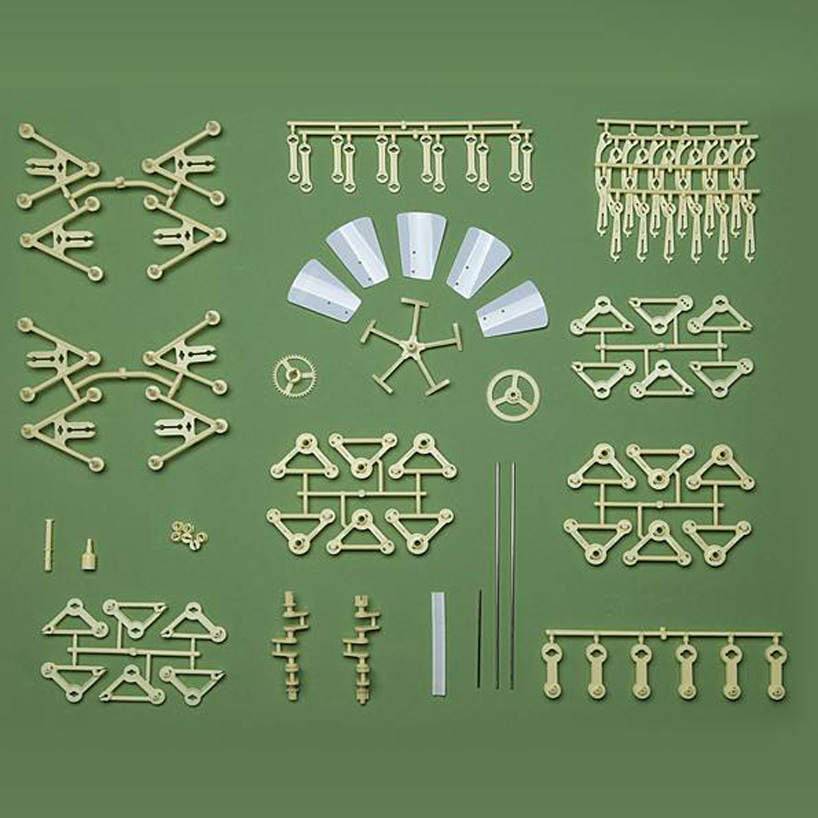 the various marts that make up the DIY strandbeest kit

visitors will be invited to walk with thirteen of jansen’s strandbeests which will be on display in the galleries, during special sessions where the creatures will be ‘reanimated’ by assistants. these reanimations will be held at various timeslots throughout each day of the exhibition. 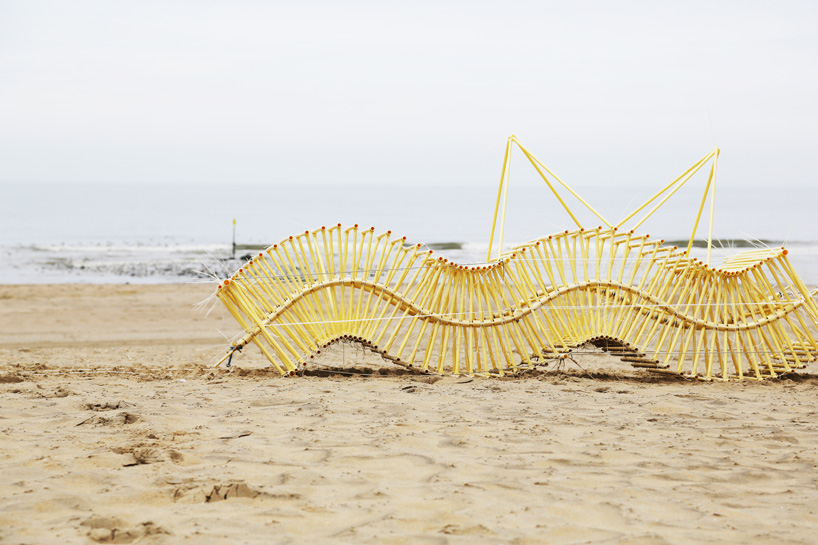 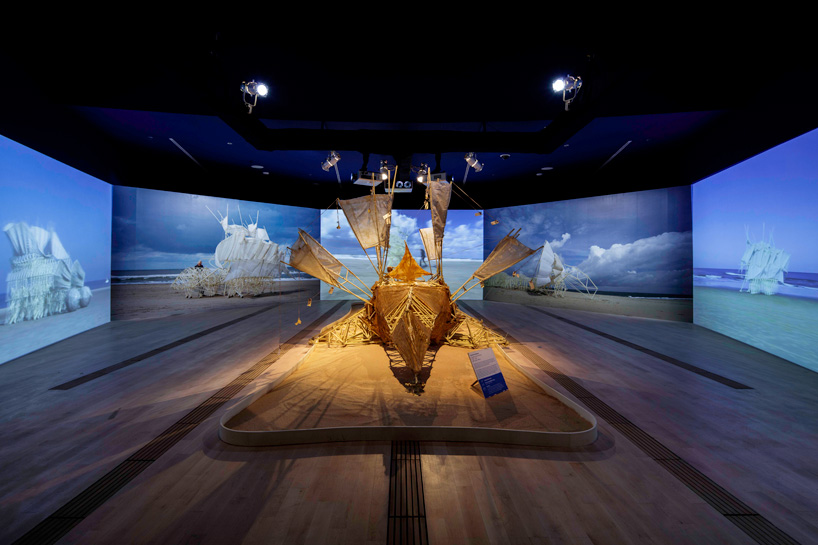 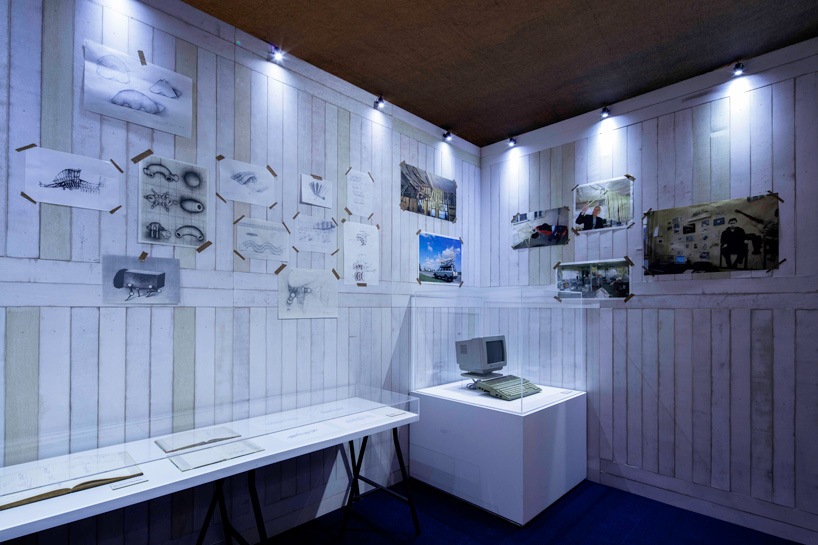 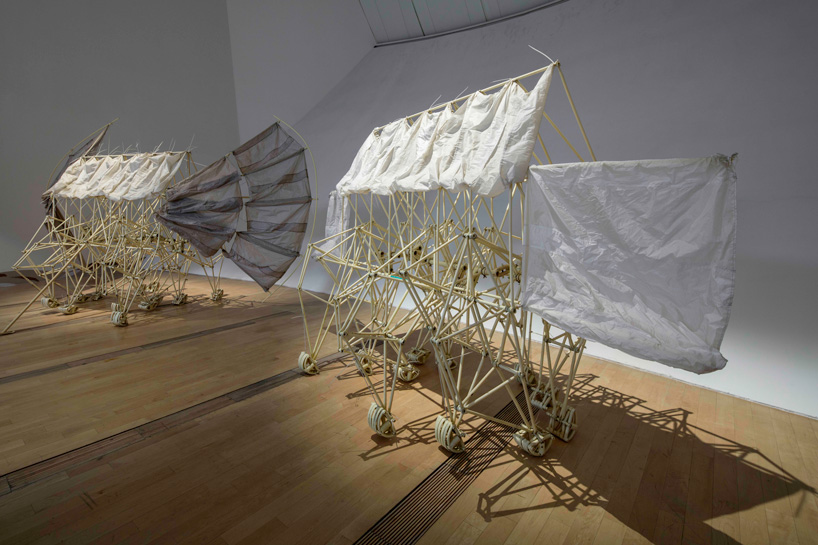 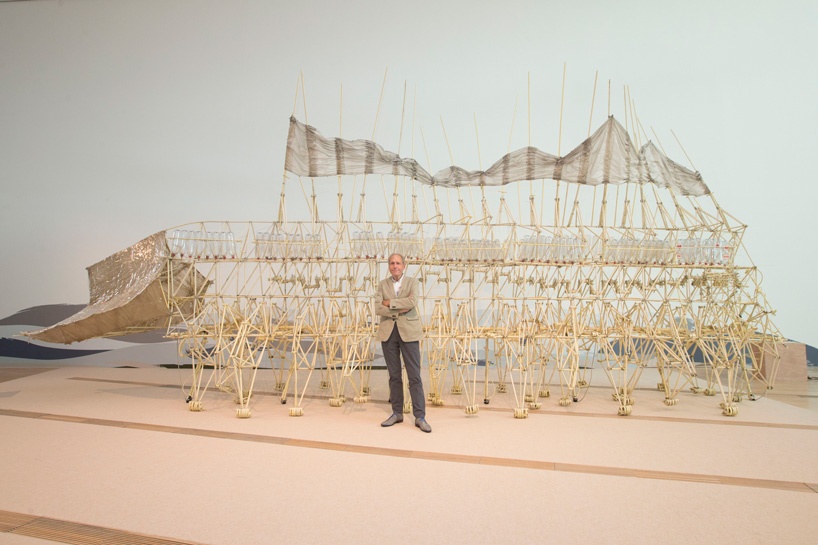 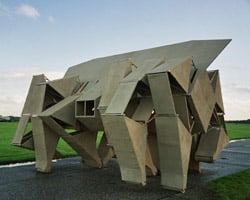