‘the subjecter’ by thomas hirschhorn

swiss artist thomas hirschhorn’s ‘the subjecter’ reveals a mannequin (acting as a placeholder for the subjectivity of others) standing on a pedestal, tortured by countless nails: ‘I was always interested by surface, by the contact with surface. the impact is always on the surface. the impact has to touch the surface. (…) the mannequins – when I made them – wanted to be the poor contemporary, armoral, non-religious version of somebody or something who endures in place of another, a kind of fetish, which is in african culture an object charged with a supernatural power, either favourable or evil. (…) other references are also possible – in fact – I always try to be precise and at the same to create an opening in my work.’ – thomas hirschhorn 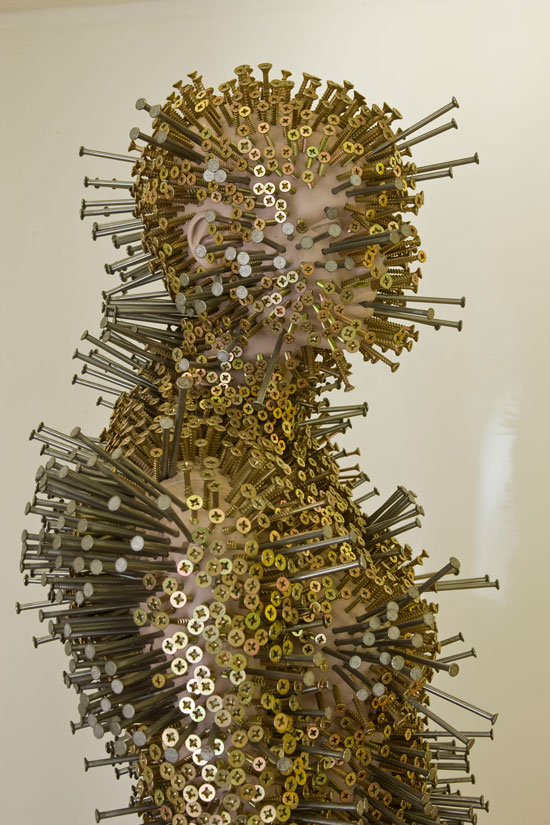 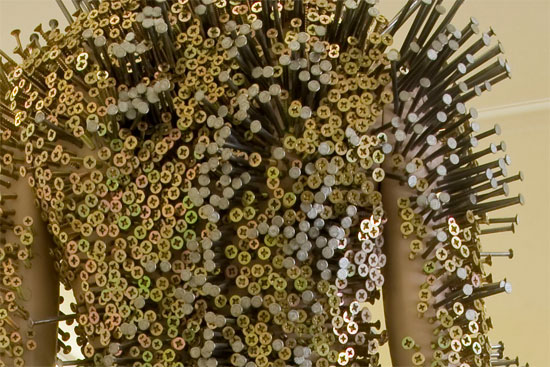 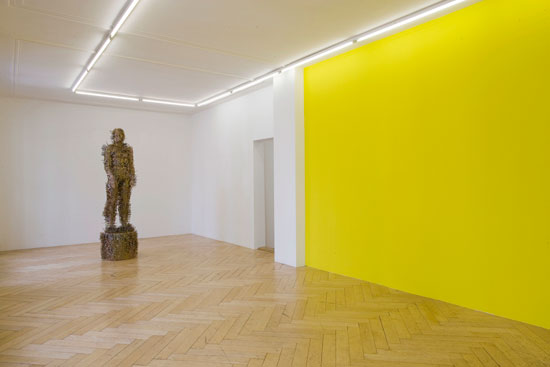 in juxtoposition to hirschhorn’s ‘the subjecter’ is swiss artist olivier mosset’s ‘wallpaper no. 5’ in which a yellow monochrome floods the wall, once an inviting intervention: ‘I am not interested in the pictures themselves but in what they trigger.‘ – olivier mosset 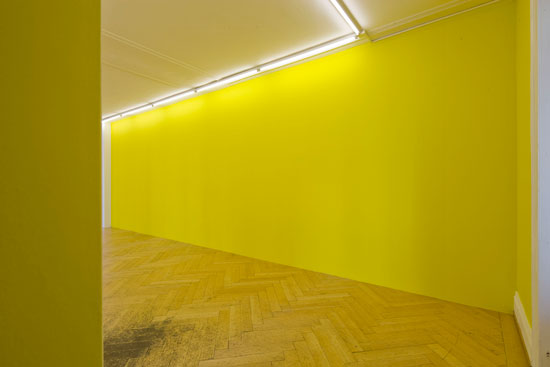 ‘wallpaper no. 5’  by olivier mosset 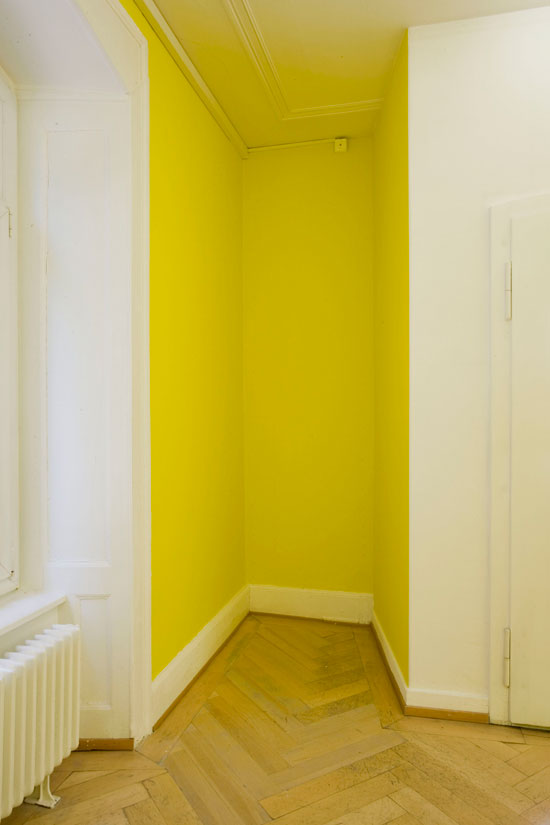 ‘wallpaper no. 5’  by olivier mosset

thomas hirschhorn was born in bern, switzerland in 1957. he is the recipient of the prix marcel duchamp, 2000 and the joseph beuys-preis in 2004. he currently lives and works in paris.

olivier mosset was born in bern switzerland in 1944. he currently lives and works in tuscon, arizona. 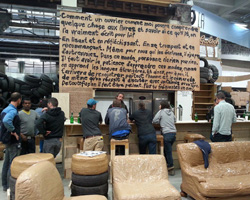