french artist thomas lamadieu has illustrated a series of scenes in the sky directly onto photographs of urban landscapes. looking upwards, the images capture the strangely proportioned negative space that forms between the tops of buildings, framed by the bright blue sky that peeks through the panorama. the artist draws within these open spaces, delineating whimsical characters and quirky scenes cleverly fitting into the cloudy expanse. fitting heads between roofs, bodies inside buildings and limbs between structural shaft ways, the illustrations play off the architecture in clever and quirky ways. examples include an underwater scuba diver squished between two residential sites and a squatting graffiti artist spray painting a cloud onto the sky. ‘my artistic aim is to show a different perception of urban architecture and the everyday environment around us, what we can construct with a boundless imagination.’ he explains. 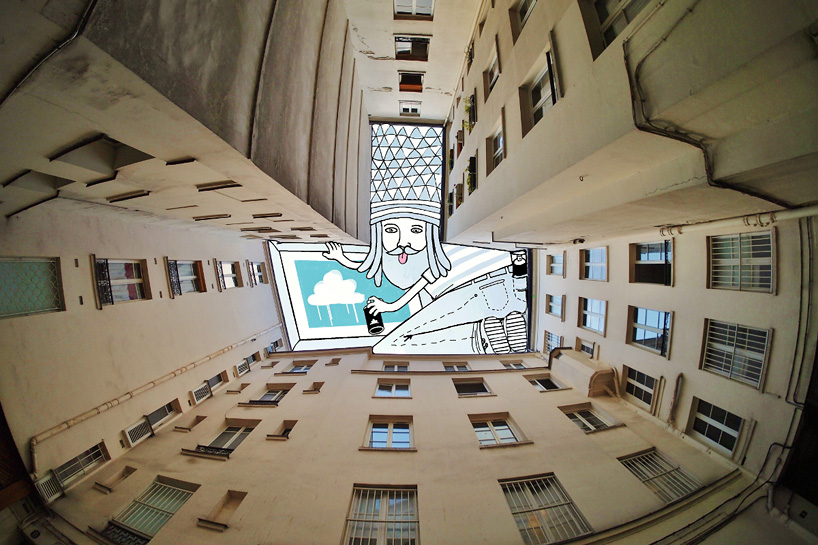 a graffiti artist fits into the scene, painting a cloud onto the sky 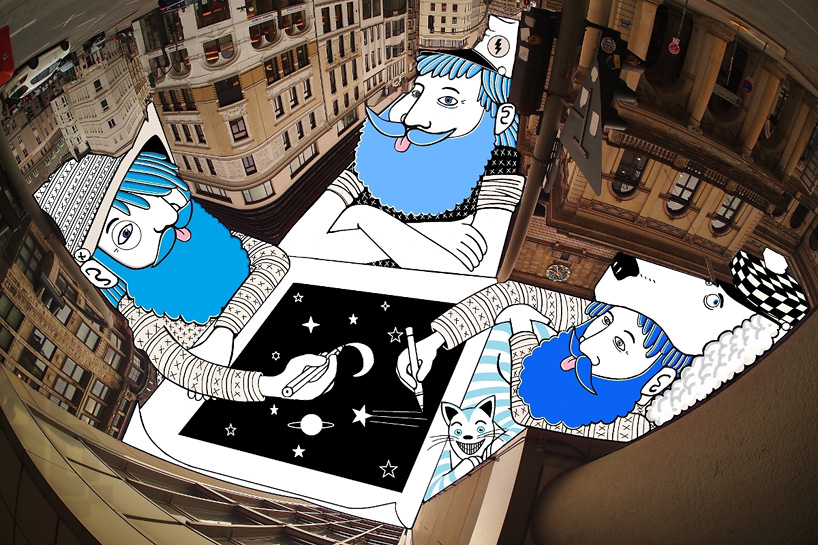 three characters draw onto the sky 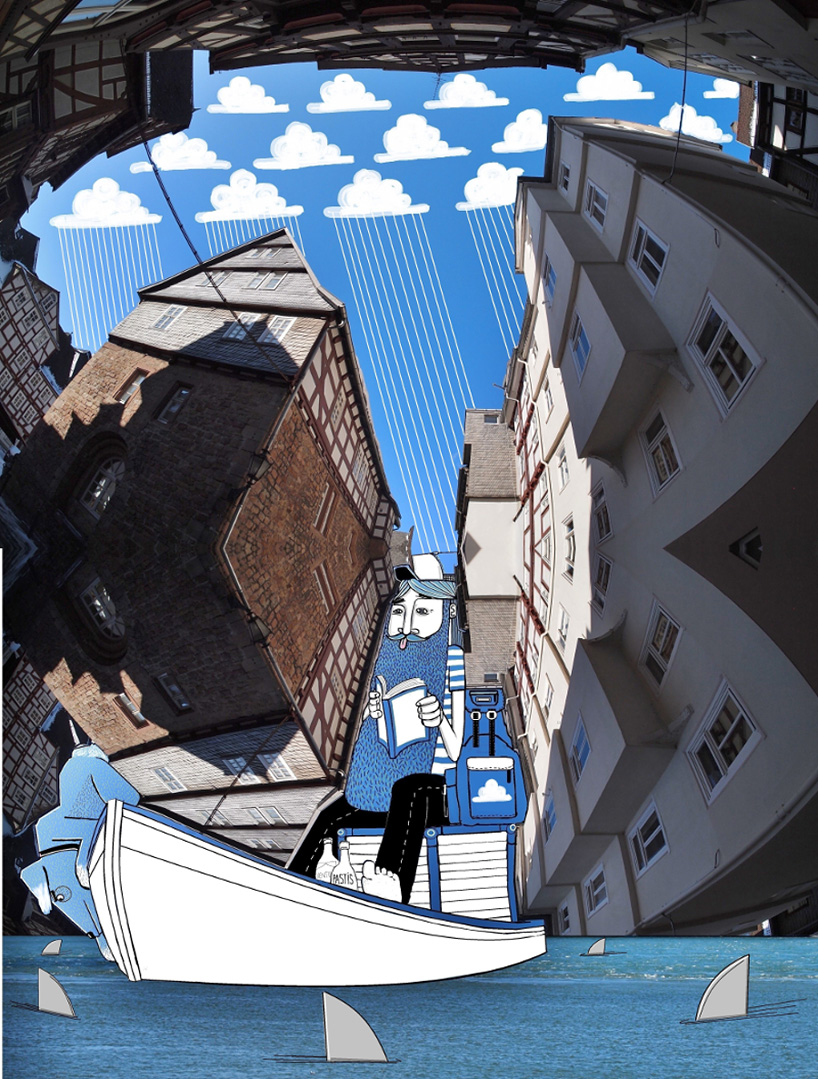 a character sits on the surface of sea 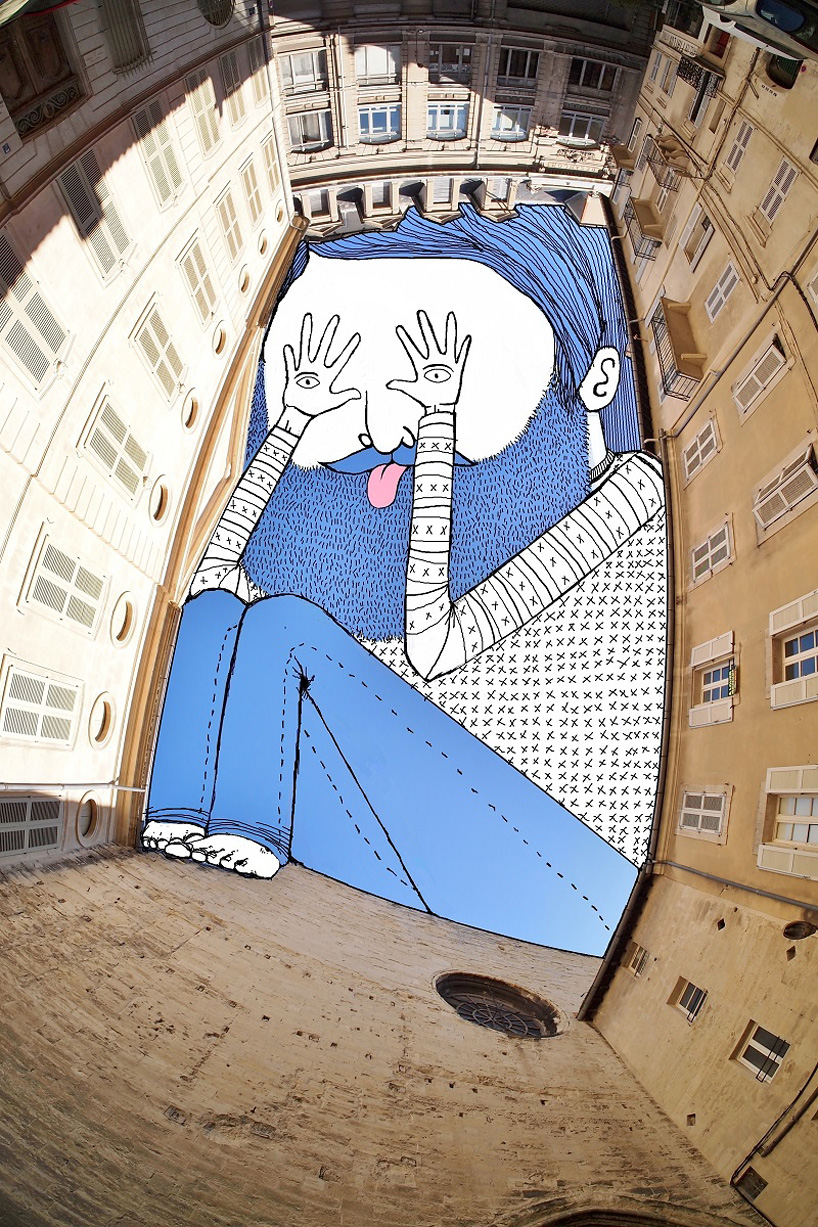 the quirky man, whose eyes are drawn on the palms of his hands, fits between the urban sites 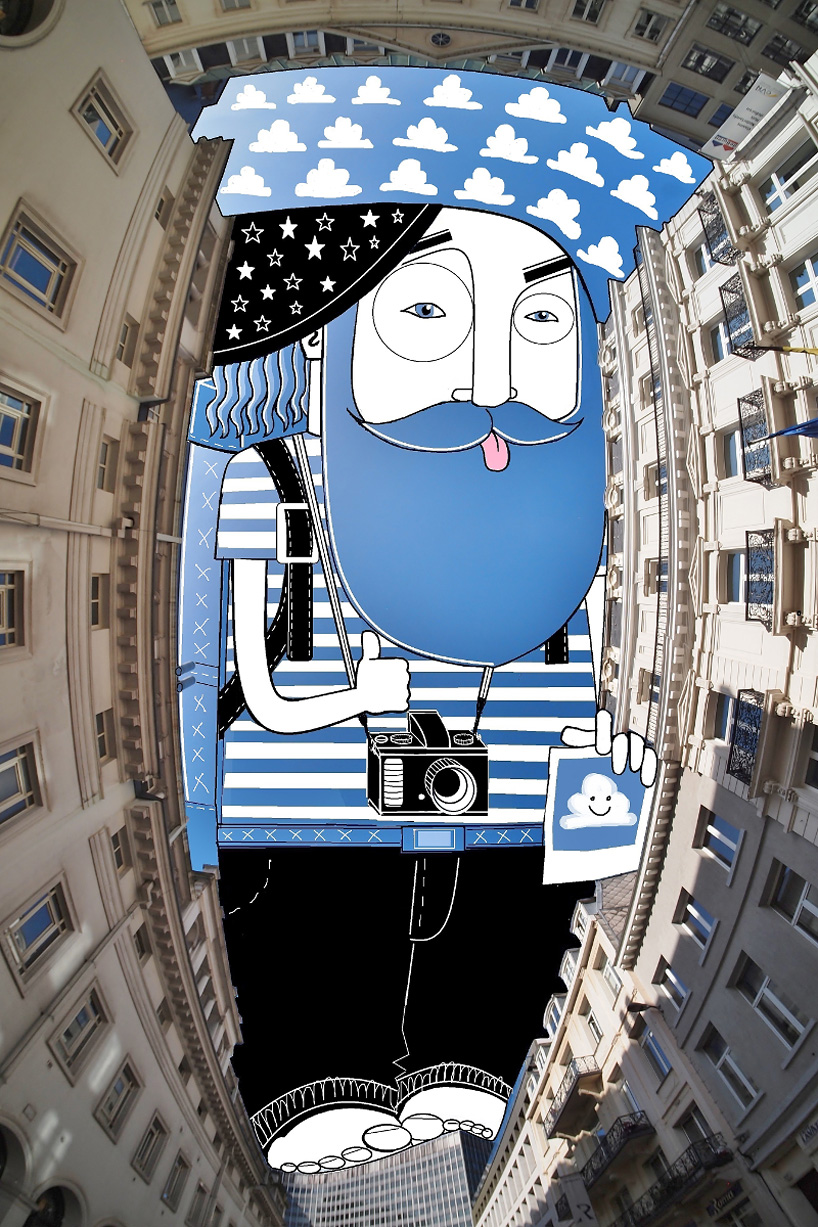 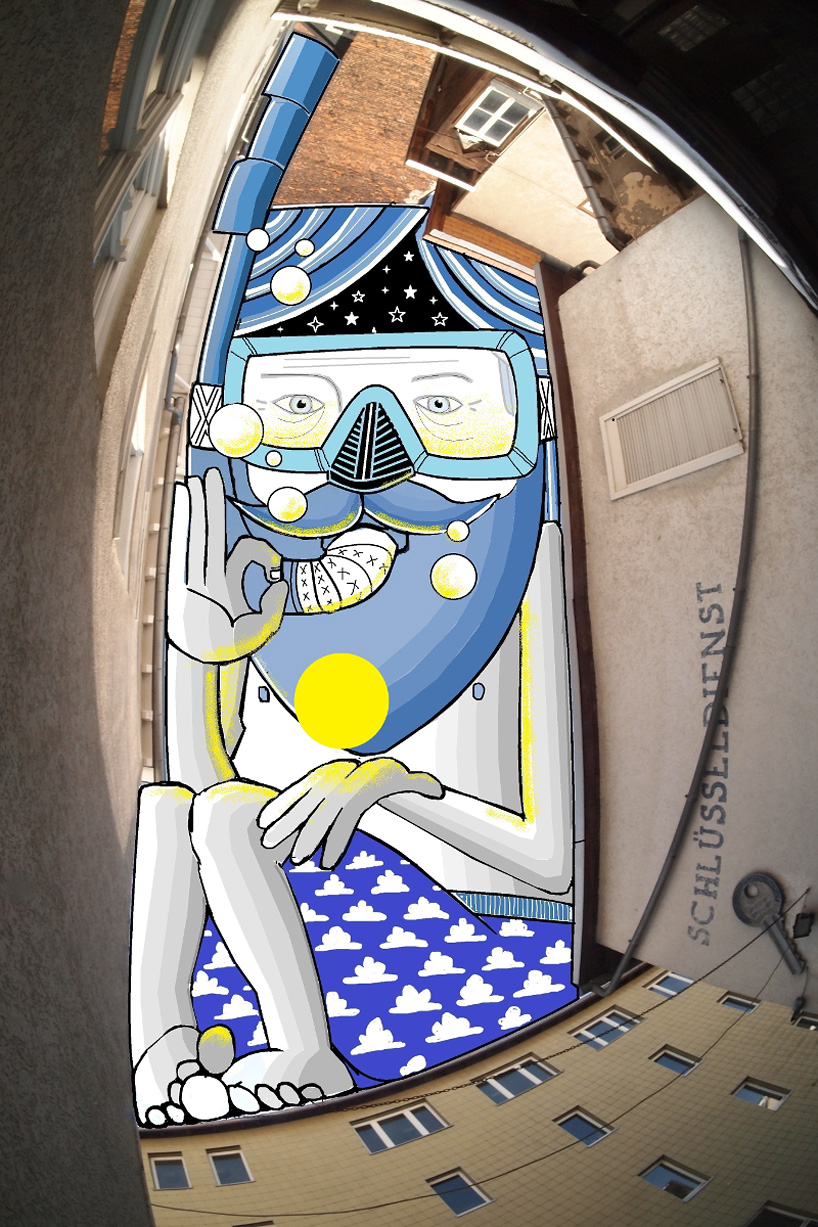 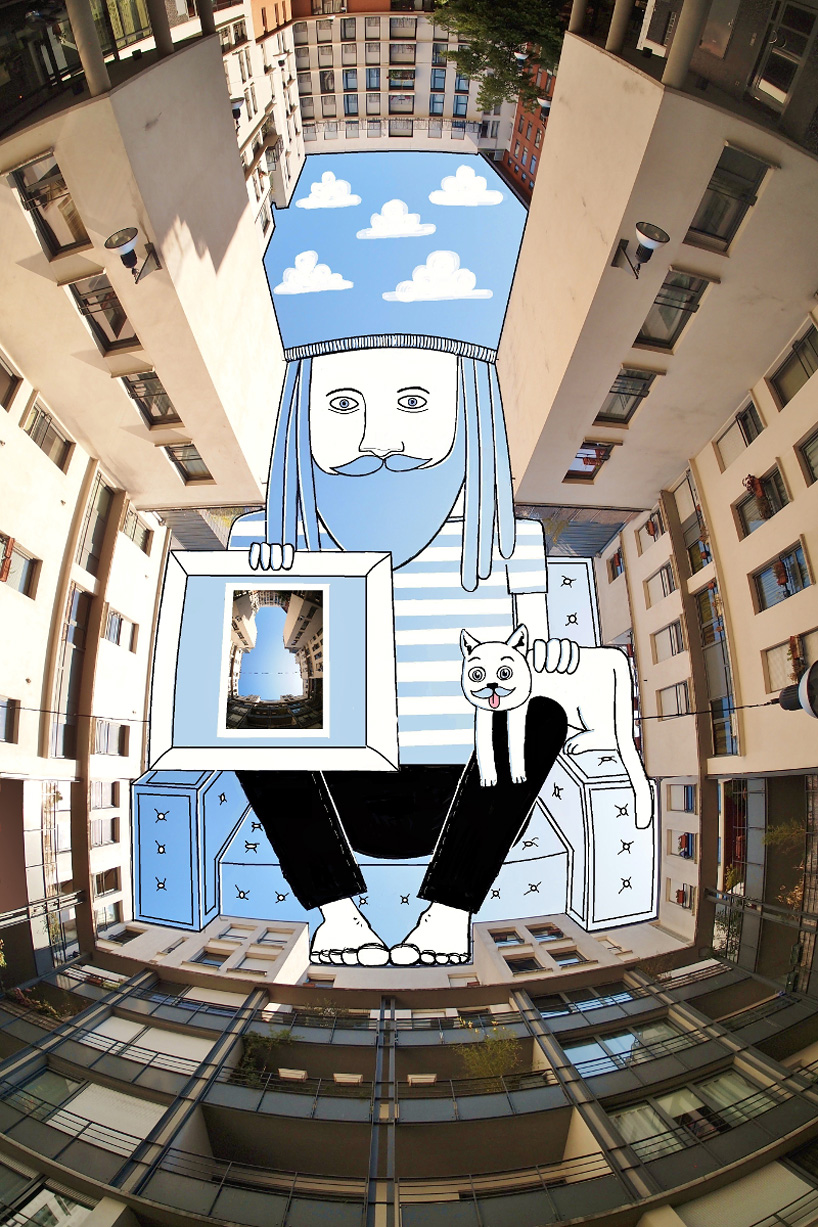 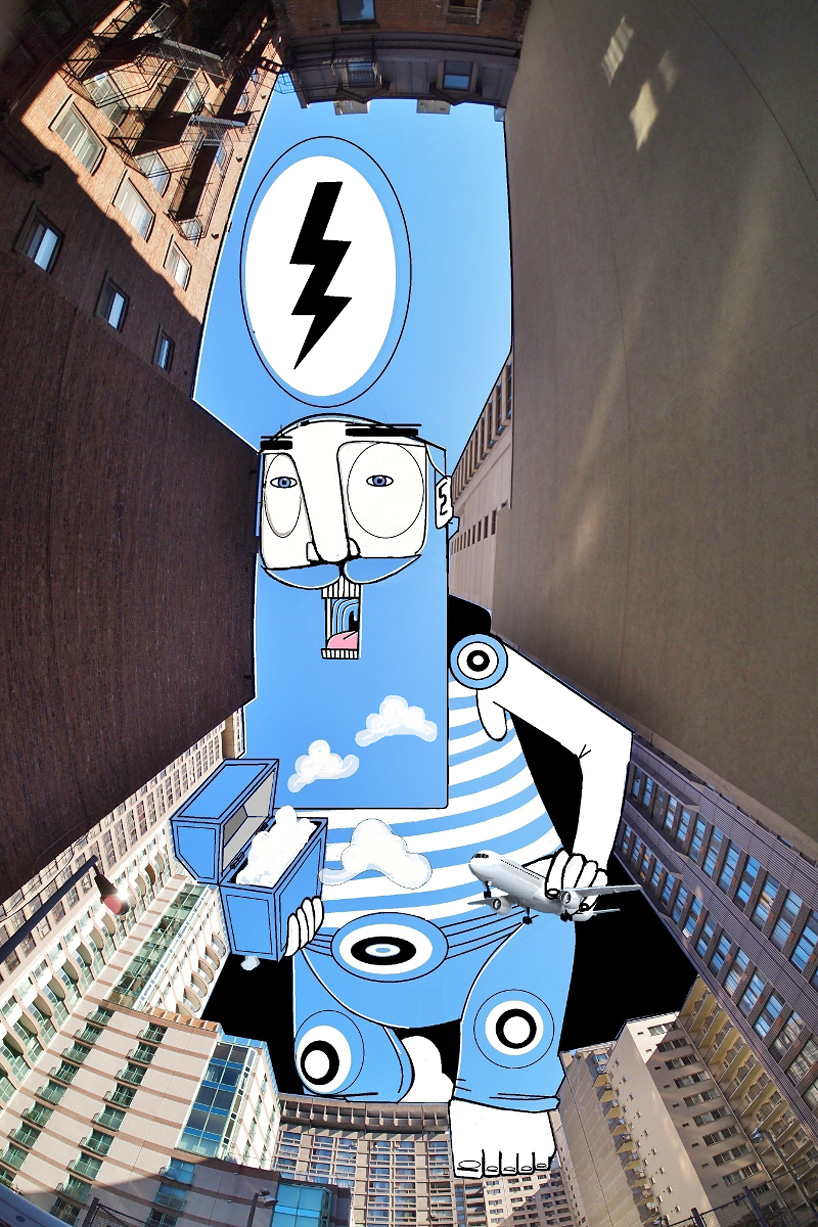 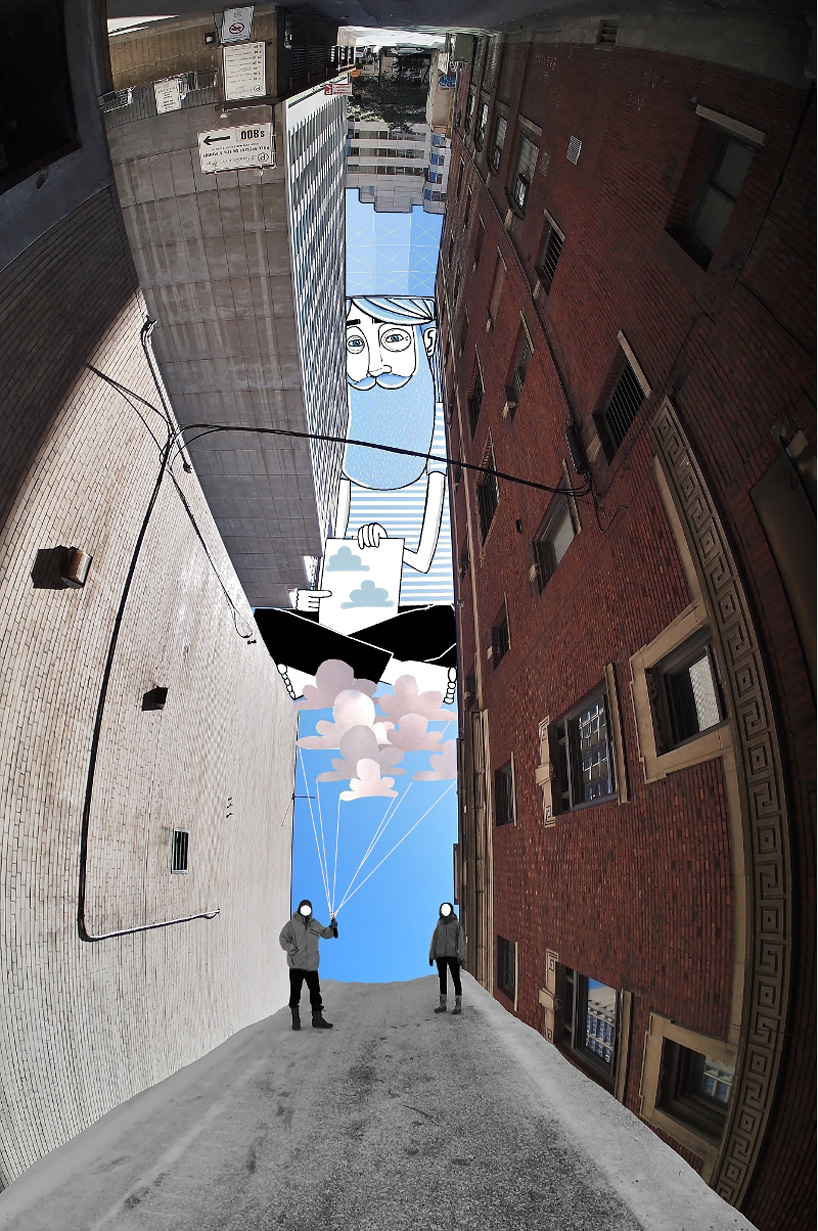 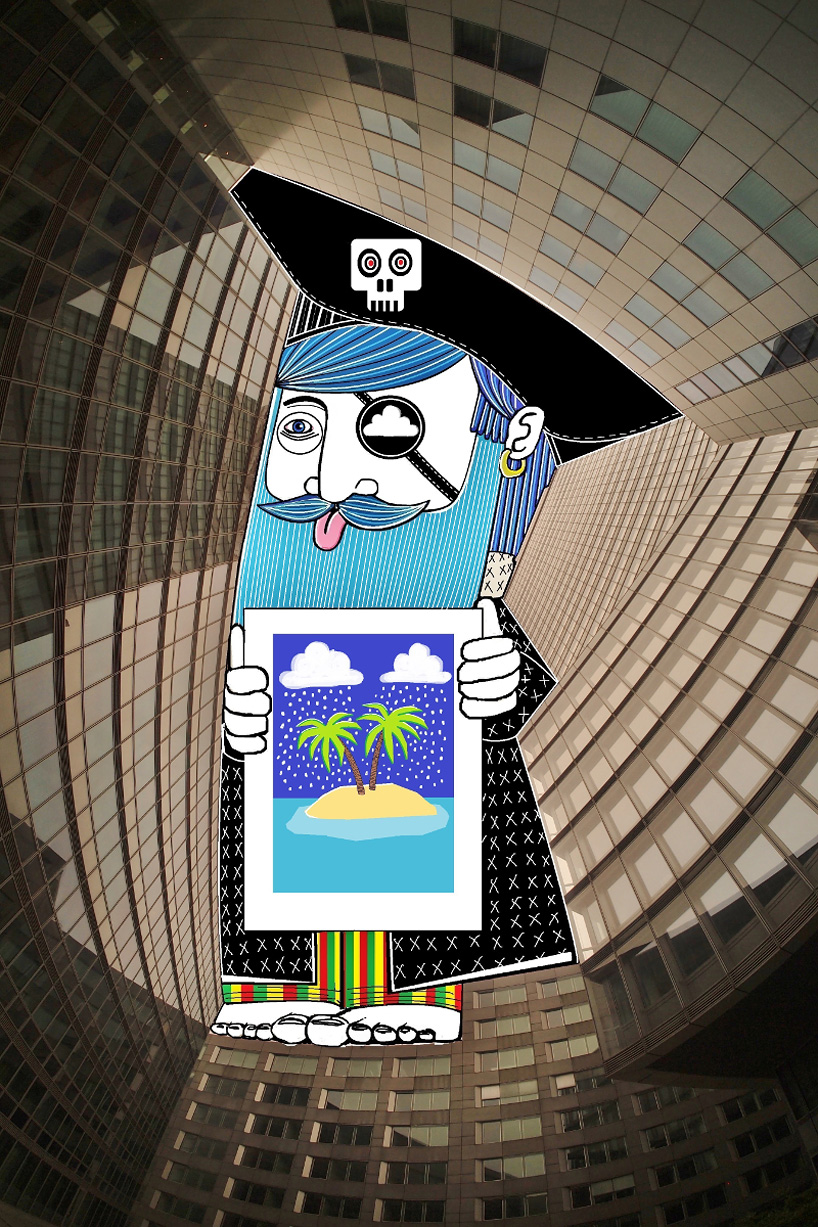 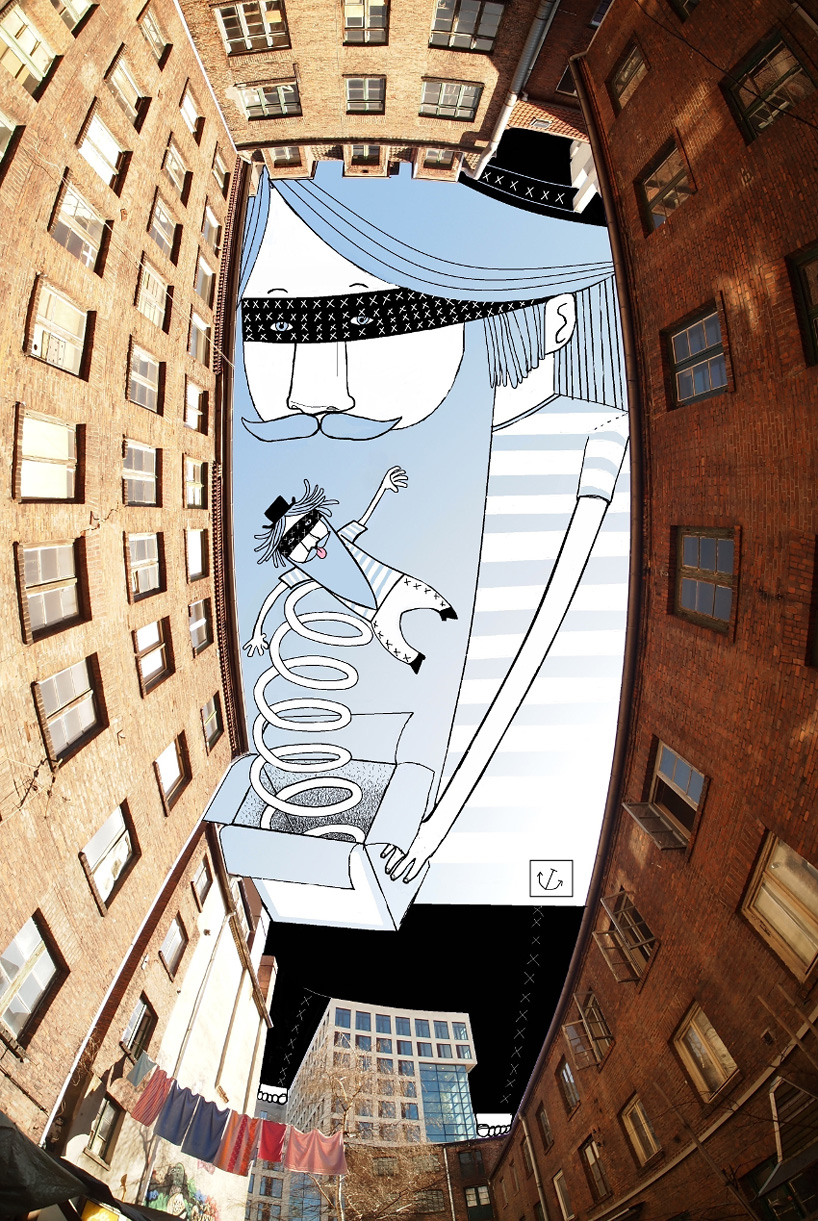 two characters, one holding the other in a jack-in-a-box-like frame, fit within the negative space 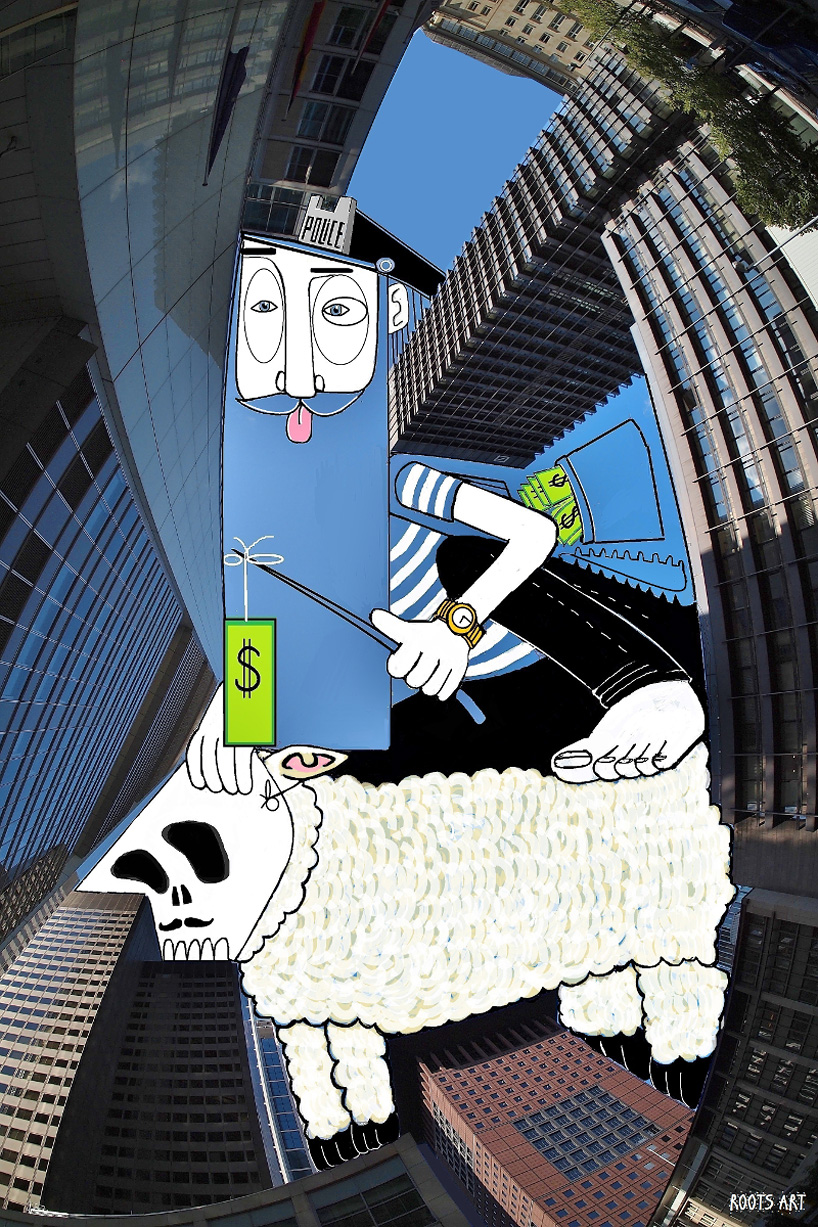 a man and a sheep are squeezed between the urban towers 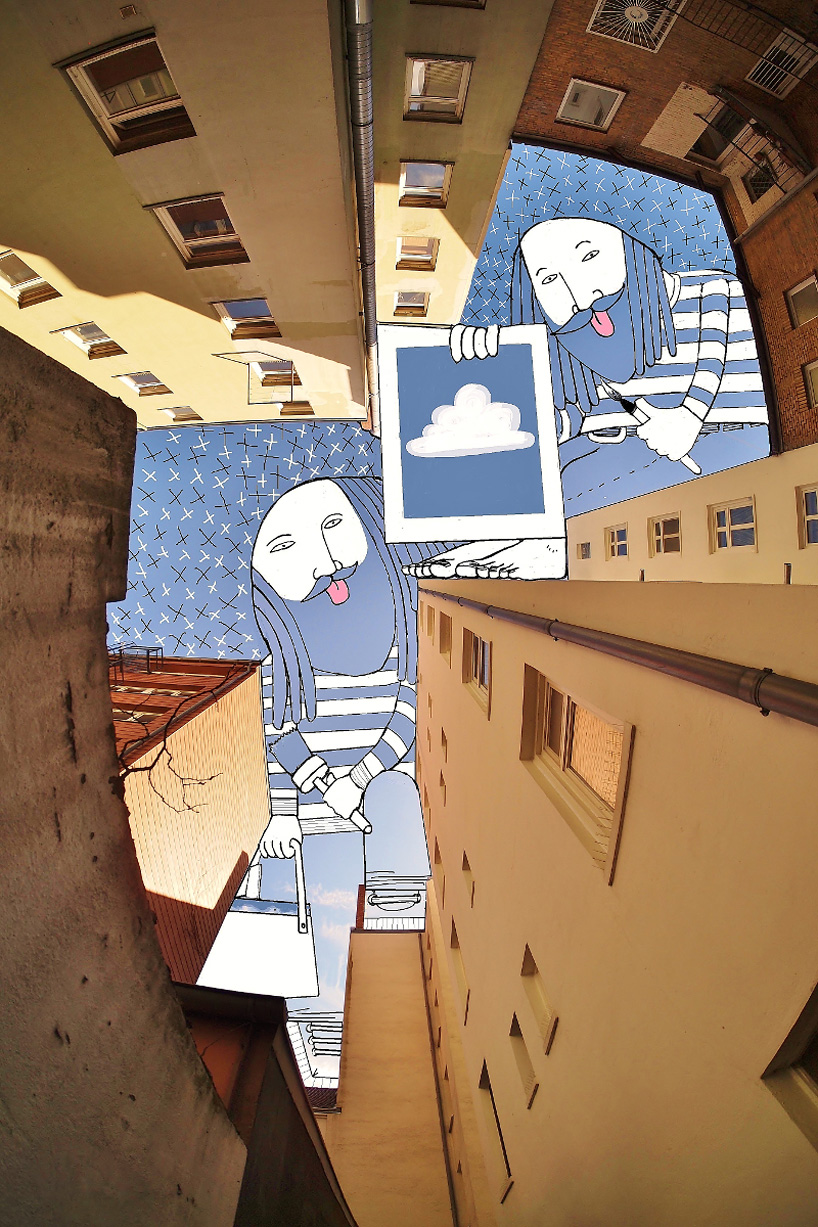 two painters fit within the space that reveals the sky