uniting his two passions of cycling and the creative arts, singapore-based designer thomas yang has created a comprised a series of posters for his ‘100copies‘ series, limited to, as the name suggests, only 100 prints. amongst his archive of designs, yang has formed illustrations of architectural landmarks in 4 major cities, using only the tires of a bike. by painting the rubber with black pigment, the surface becomes the brush on which intricate and complex textures can be imprinted onto the canvas. so far, yang has delineated china’s forbidden city, london bridge, the eiffel tower and the empire state building. 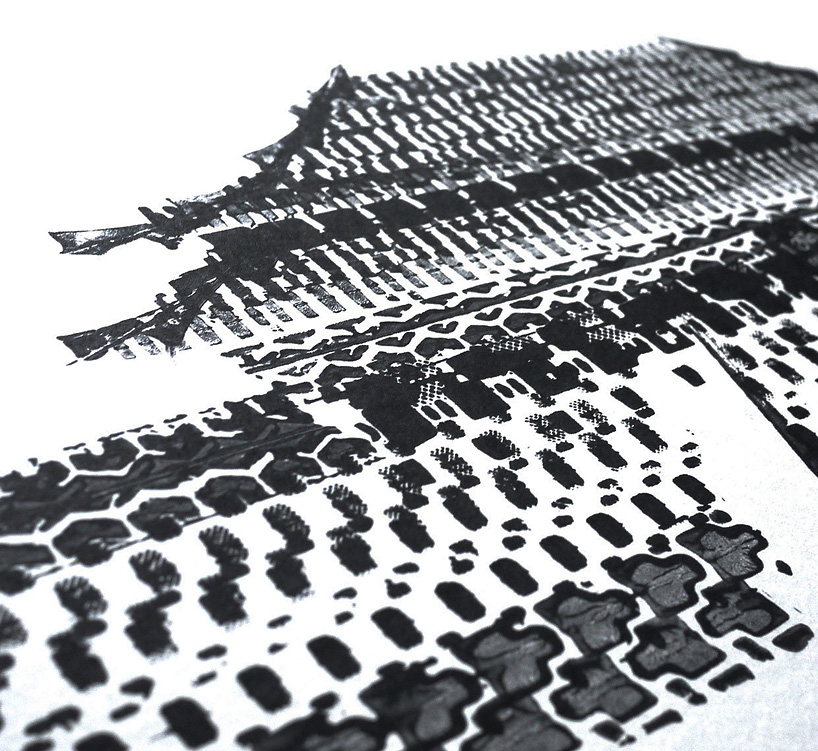 detail of ‘the unforbidden cyclist’

like rice, the bicycle is deeply ingrained in china’s culture. once a sign of backwardness, the ‘people’s vehicle’ is now enjoying a hip revival. 11 unique tire tracks went into creating the forbidden city – one of which belongs to the legendary flying pigeon. 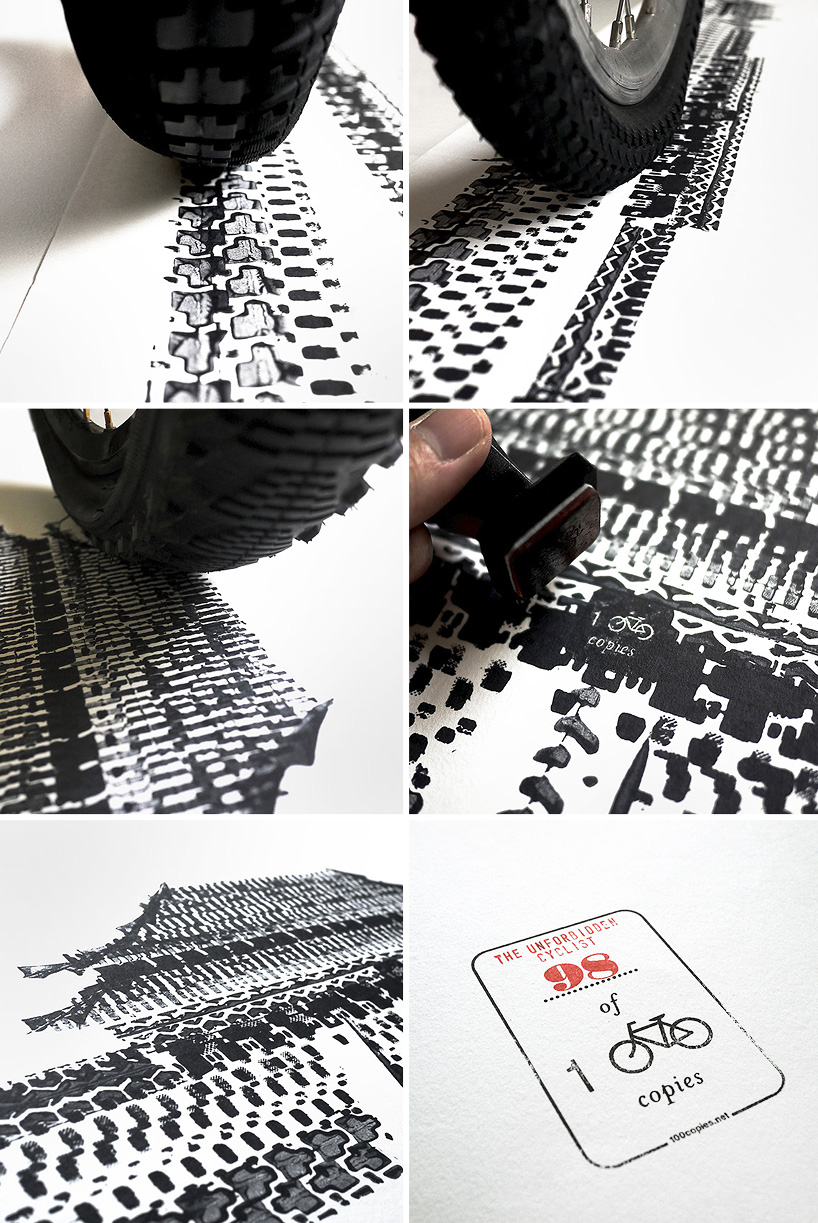 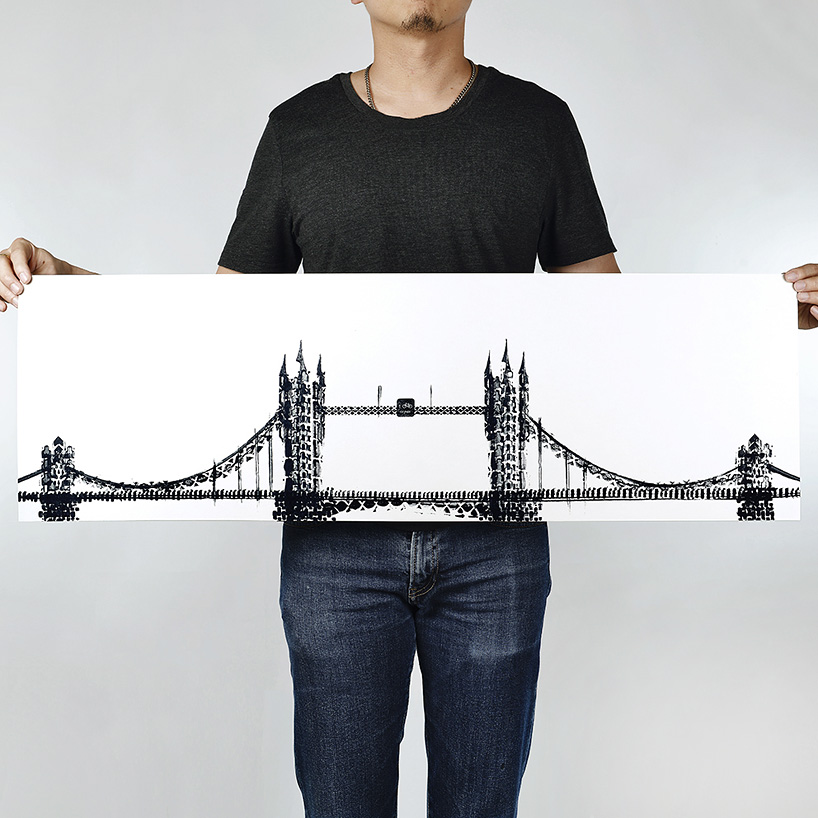 ‘god save the bike’

come traffic, hell or high water, nothing will stop london’s rising bike culture, thanks to its protected cycle lanes. admire its leafy parks and iconic architecture, including the tower bridge, meticulously crafted here with 11 unique tyre tracks. keep calm and ride on. 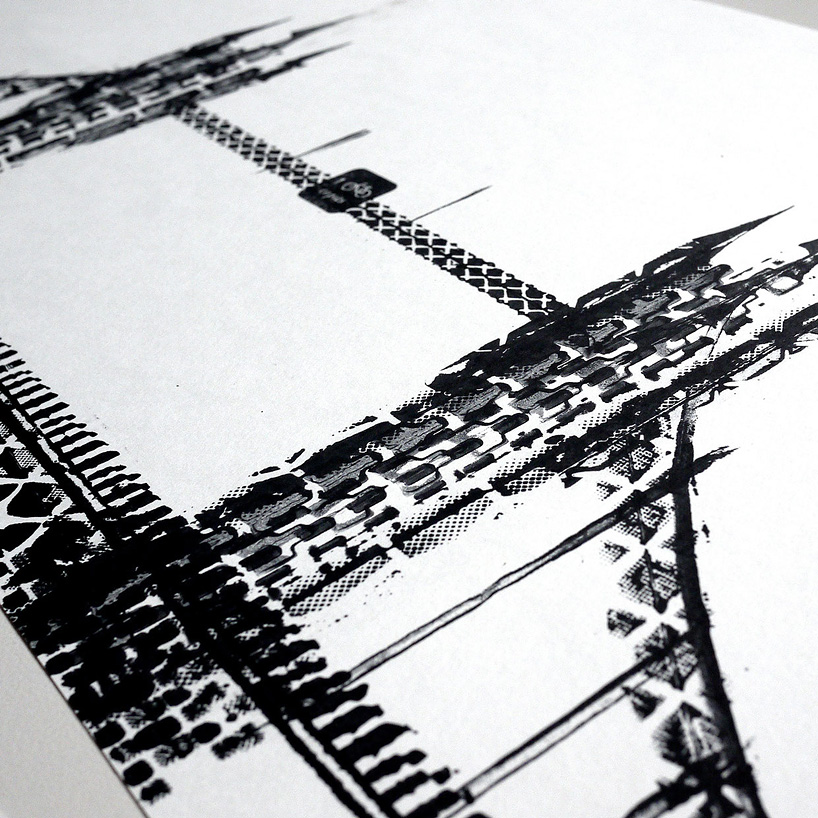 detail of ‘god save the bike’ 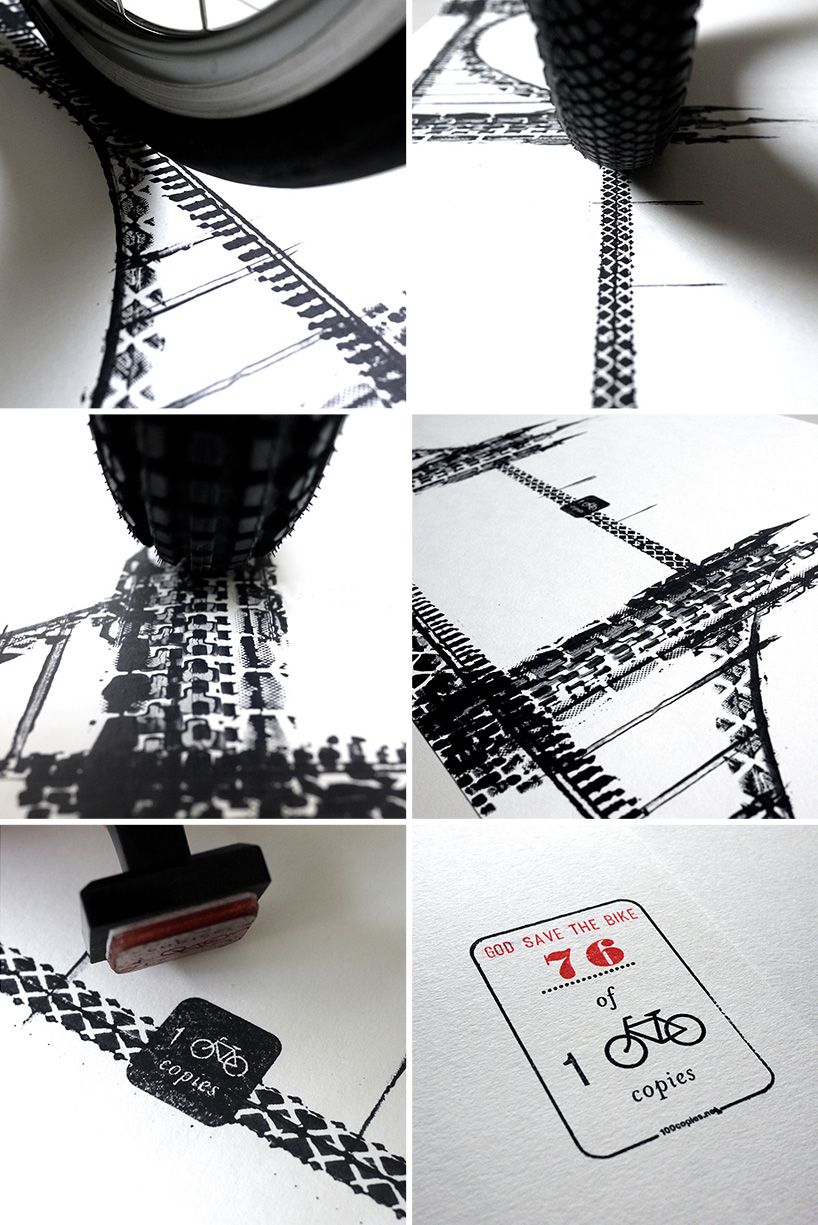 making-of ‘god save the bike’

‘god save the bike’ — full print 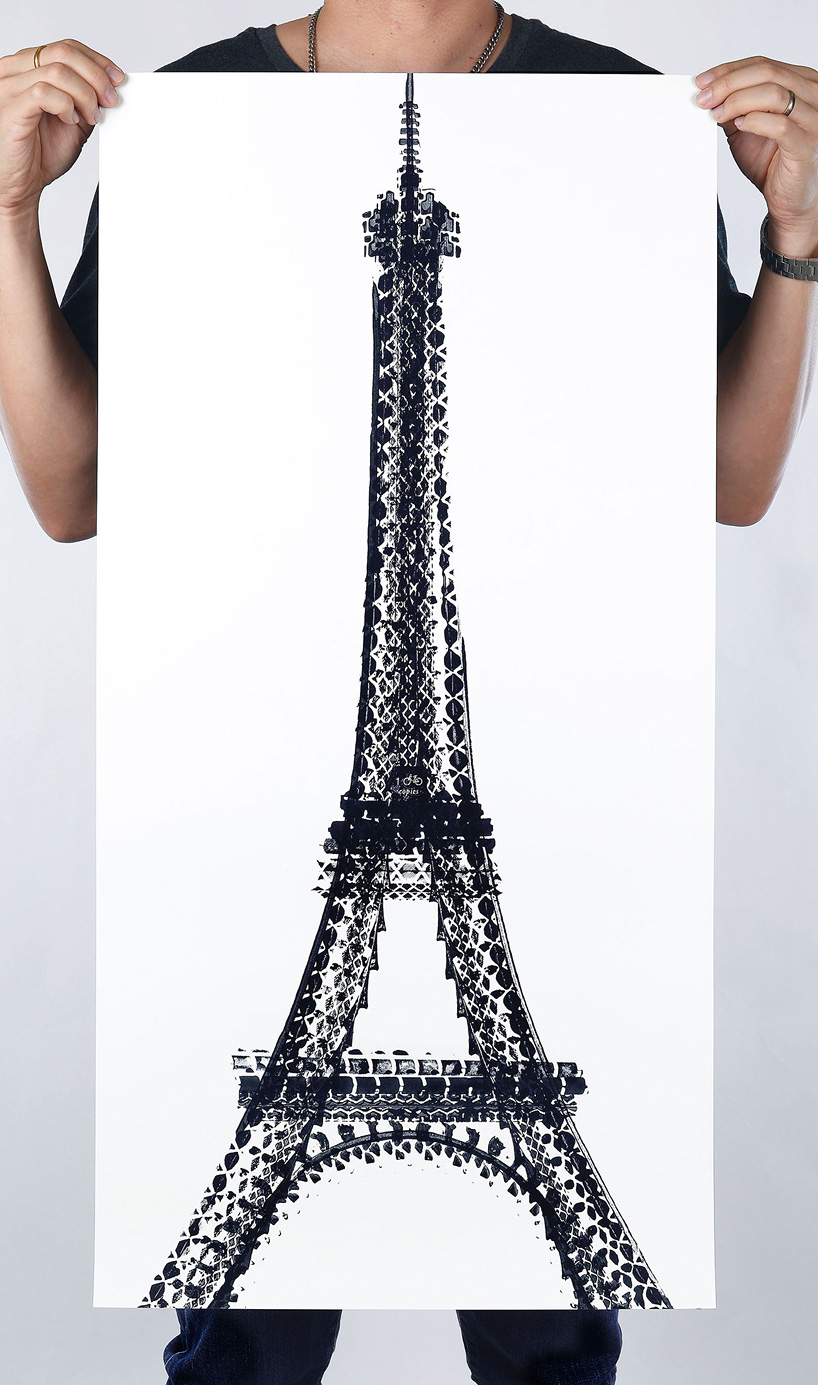 ride down the breezy boulevards of paris and you’ll see why it’s easy to fall in love with its cycling culture. the eiffel tower was re-created using 12 unique tire tracks, as a tribute to a romance that goes far, far beyond the tour de france. 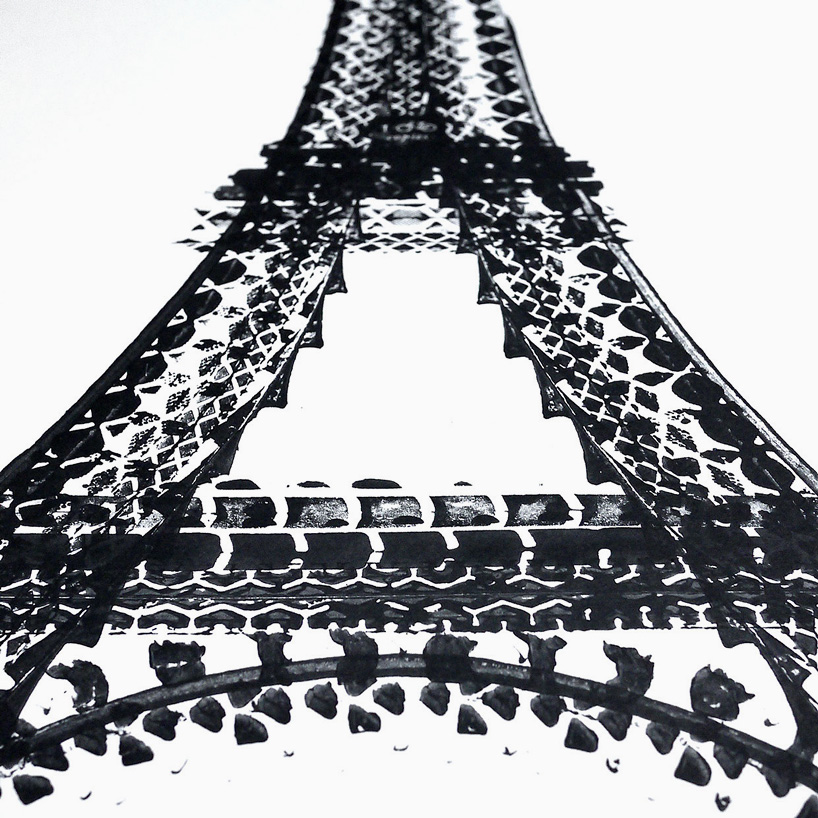 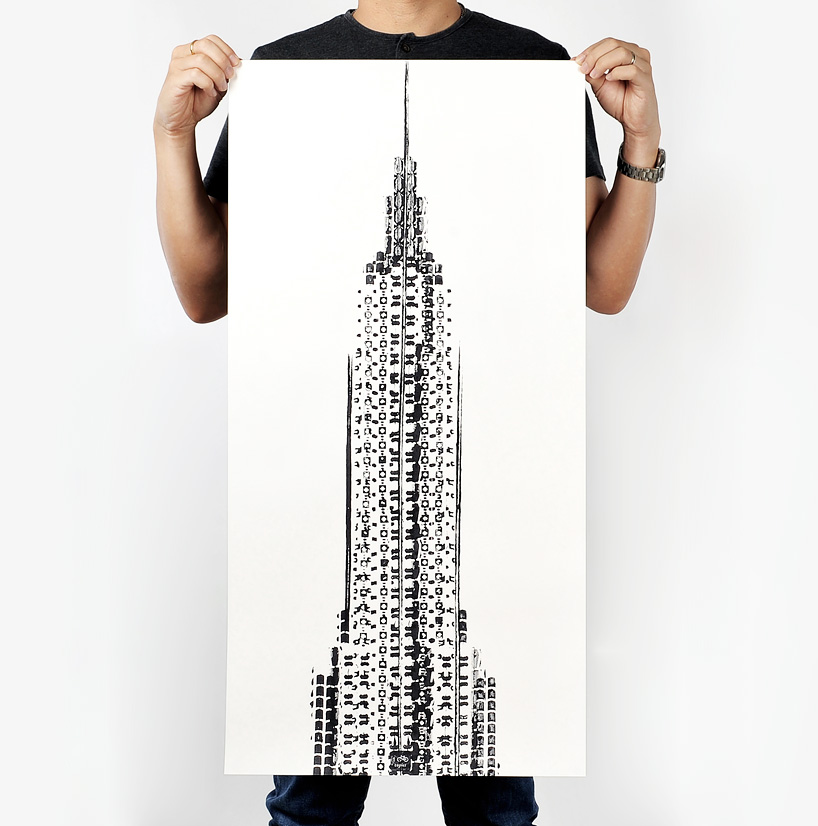 a celebration of new york’s rise as a cycling city. 7 different types of bicycle tire tracks were used to create the empire state building, to reflect new york’s ever-growing tribe of cyclists — from the daily commuter to the delivery boy. 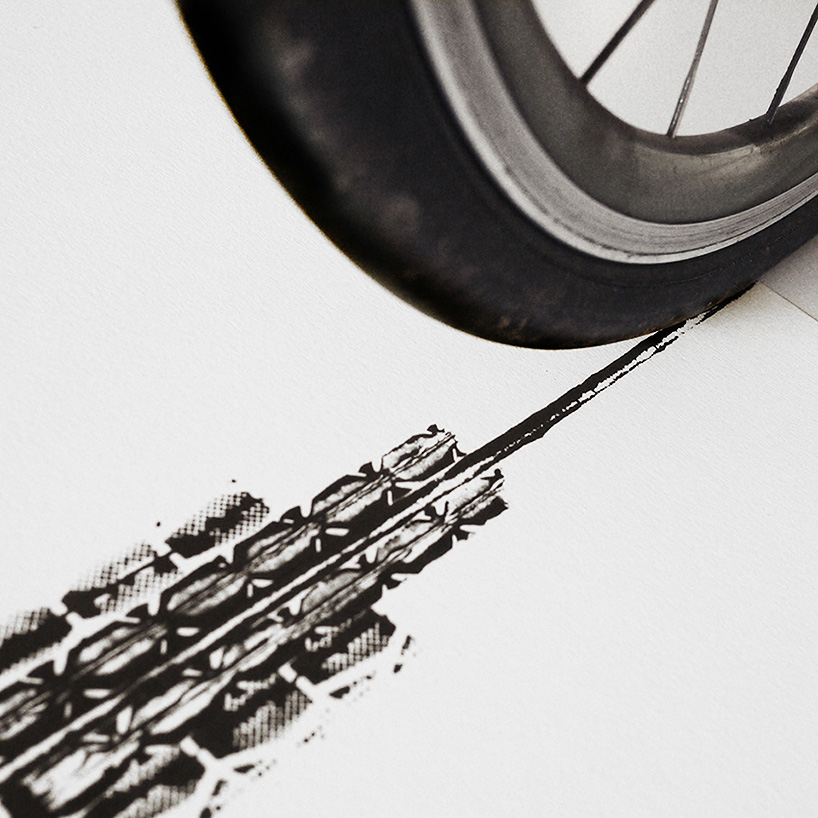 detail of ‘the cyclist’s empire’ 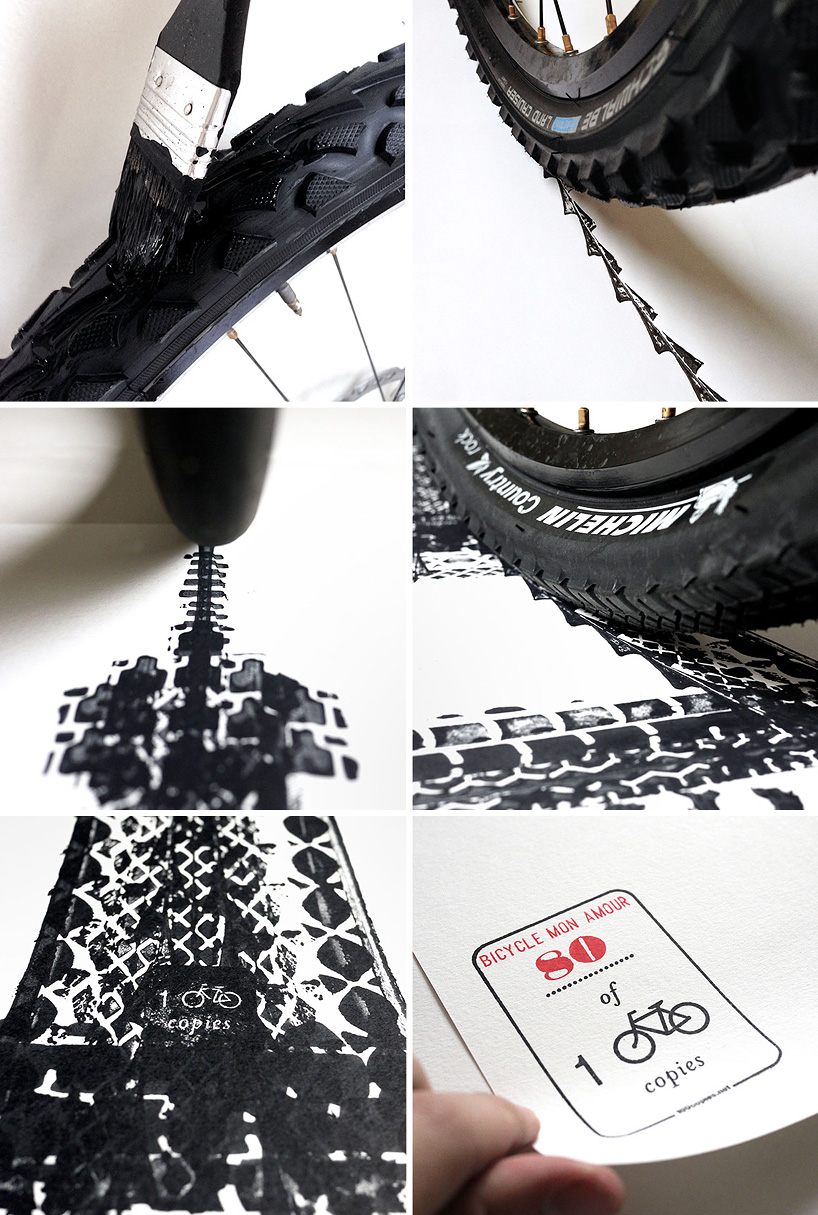 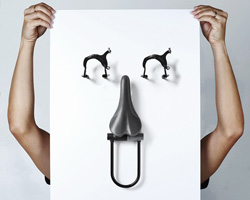