in 2014, thrashbird embarked on a painting expedition trip to lime, oregon, searching for an opportunity to let his ‘imagination run free.‘ amidst the grounds of an abandoned concrete plant, the street artist would come across ‘a maze of giant broken concrete monoliths’ which would become the site for his project the ‘thrashbird’s valley of secret values.’ 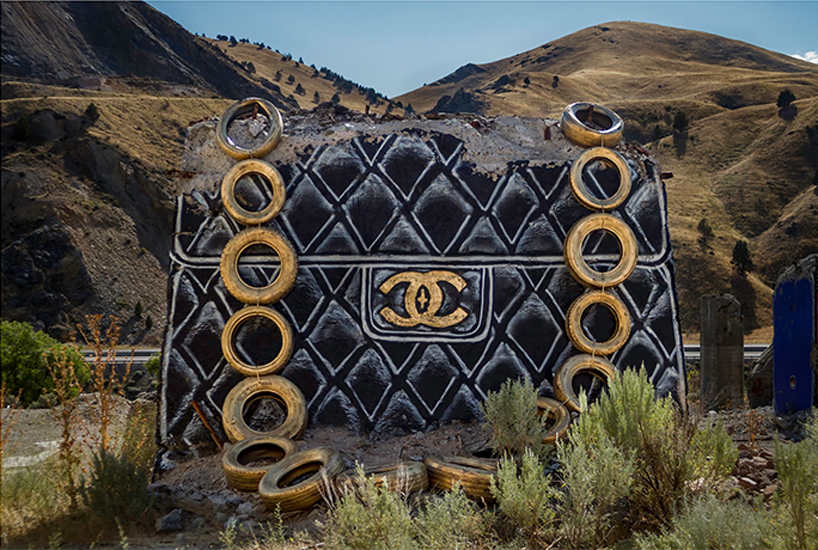 where the majority of individuals would see decay, pollution or waste, thrashbird sees a ‘beauty in the breakdown.‘ thus, as he walked through and took in the fading story of the site, he began to envision the potential of the shapes of the monoliths as giant concrete designer handbags. this image of a former foundation of the plant, now crumbling to dust, reflected the change in time and was a metaphor ‘too strong to disregard.‘ 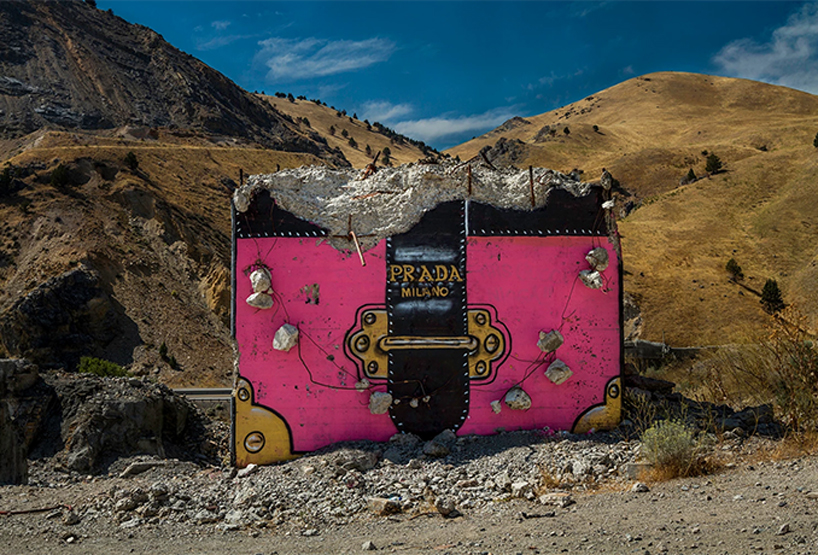 ‘thrashbird’s valley of secret values’ provides a ‘cautionary tale,‘ for society, as it reflects how we are constantly ‘consuming possessions to showcase success‘ to ‘fill us with purpose, with complete disregard for the people and the planet affected by our careless over consumption.‘ additionally, we use consumption as a measure of success, which has allowed us to transition to ‘a place in society where things and social status have become more important than our connection to each other.‘ 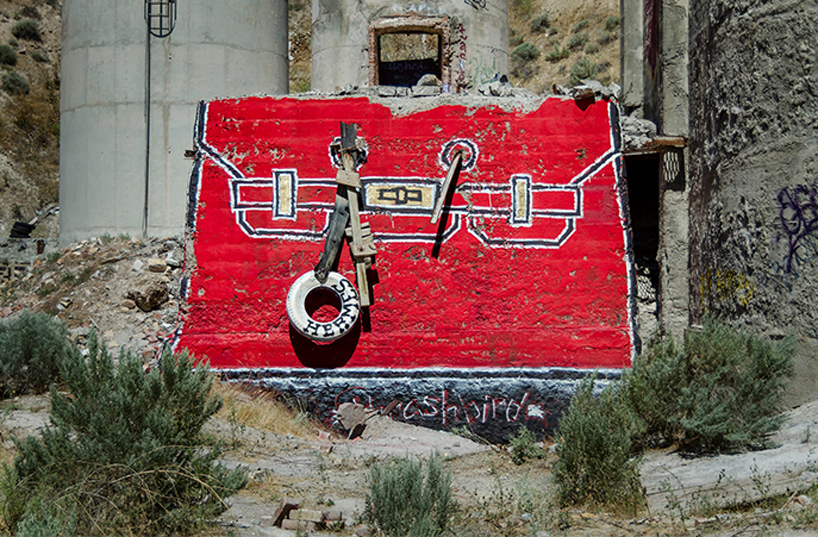 hermes’ iconic lock for their handbags is represented through a tire

however, the project is also self-reflective, as thrashbird illustrates his own personal struggle between ‘ego‘ and ‘grandiosity,’ represented through the scale of the project. 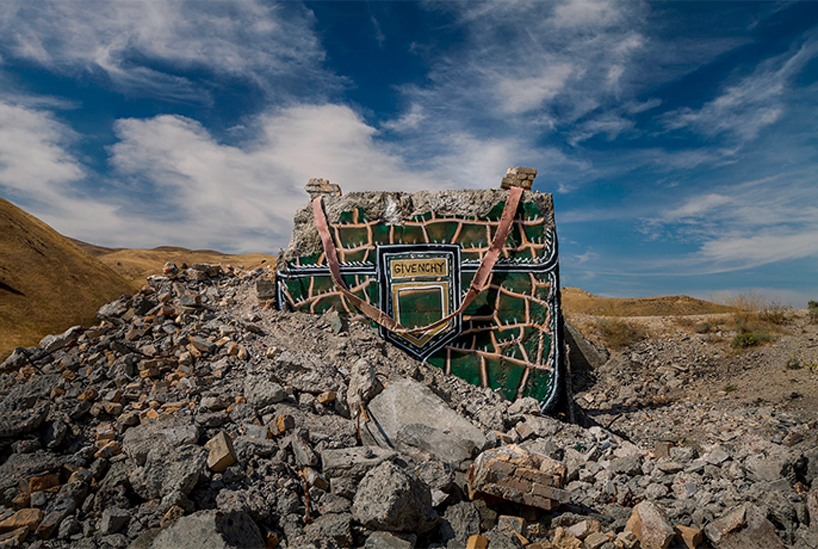 on JM art management, the art agency representing thrashbird, they note that the street artist’s identity remains incognito, but he often uses a clone to depict our society’s obsession with the digital world. his clone is usually drawn ‘on the ground rather than on the side of buildings,‘ to catch the eye of those who text and walk at the same time.