A recently opened exhibition at the Guggenheim Bilbao has sparked social media controversy over the artworks of participating Basque artist Gala Knörr. Depicting a Black cowboy from various angles, the paintings have been called out over concerns of plagiarism by TikTok and Instagram users, who have spotted similarities between Knörr’s works and ‘BLUE’, a short film by queer Black multidisciplinary artist dayday, who is currently based in Brooklyn, New York. Directed by dayday, ‘Blue’ tells the story of Ezekiel ‘Blue’ Mitchell, a young Black cowboy and professional bull rider from Baytown, Texas. During the opening scenes of the film, Mitchell turns back and looks at the camera, in a pose that appears almost identical to that in one of Knörr’s paintings, ‘Young Cowboy Gazing (2022)’, which depicts a Black figure in a cowboy hat glancing backward.

Although it’s not so uncommon for artists to reference and transform film stills into paintings, what has prompted the controversy online is the fact that Knörr has blatantly ‘ripped off’ the original image without crediting dayday’s work as the original source. Instead, the artist cites the cowboy archetype in American pop culture, ‘the young Afro-American Brianna Noble on horseback’, and the Black Lives Matter movement as her references. Critics online have pointed to the fact that while Knörr’s work description notes that she ‘investigates and retrieves some of these figures, forgotten by literature,’ she is in fact adding to the problem by not even crediting a living, reputable Black artist. 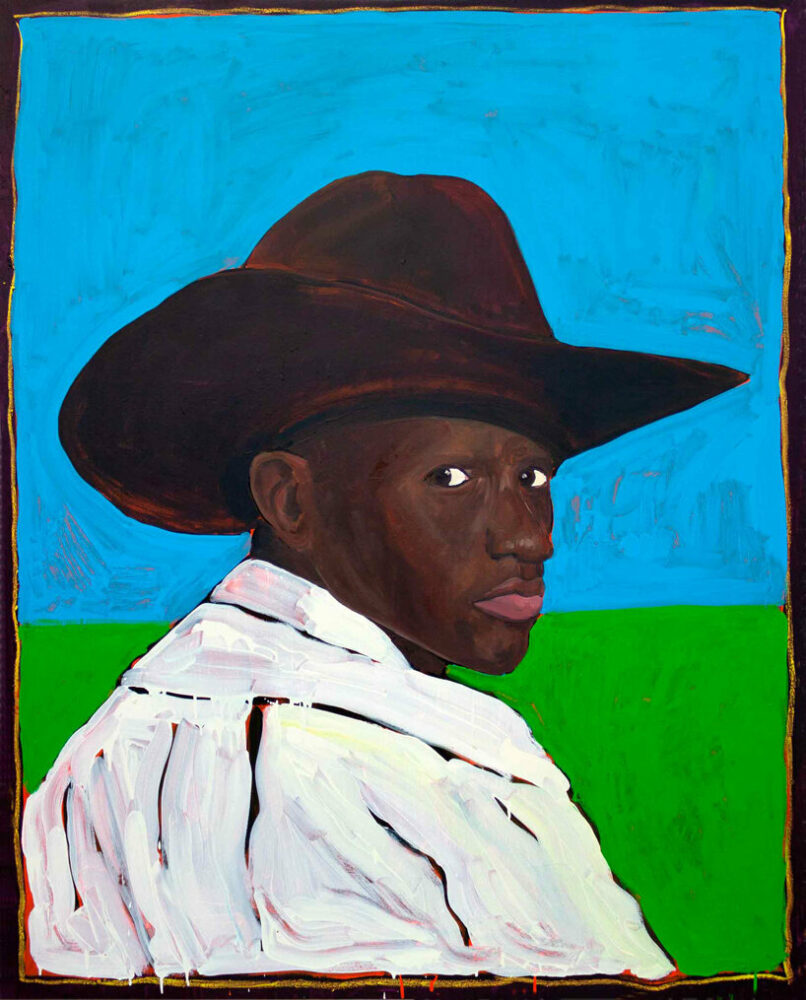 A CALL TO DO BETTER BY SOCIAL MEDIA USERS

According to the exhibition text, works in ‘Basque Artist Program’ address issues like identity, history, representation, and individual and collective memory. In particular, Gala Knörr’s paintings address the image of the cowboy in American popular culture.‘The image of the cowboy is an archetype produced by advertising, the cinema, and the media that nevertheless hides an important part of its history, since its origin lies in colonialism and in a mixture of races, cultures, and provenances,’ read an earlier version of the description on the Guggenheim Bilbao website. ‘Gala Knörr investigates and retrieves some of these figures, forgotten by literature and iconography despite their major role in helping to develop the economy of the American West. The artist’s revision of this narrative is inspired by the image of the young Afro-American Brianna Noble on horseback, one of the numerous photographs of the protests that erupted in the USA within the context of the “Black Lives Matter” movement after the murder of the Black man George Floyd.’

Art consultant and curator Alexis Hyde was one of the first to highlight the concerns over plagiarism in Knörr’s paintings through her TikTok account. ‘This white woman artist is out there trying to talk about erased Black history while she is actively erasing Black history and this Black artist’s creations,’ Hyde notes in one of her videos. Another TikTok user, Xen, questions whether Knörr was truly inspired by the image of the Black cowboy, listing a series of key figures that could be used as reference including Bass Reeves, Nat Love, and Bill Pickett among many others. ‘I think the art world is in a white scramble right now, especially after 2020 and the Black Lives Matter movement, there’s a lot of systematic fragility going on and especially white fragility,’ Xen says in this video. ‘You can see it especially in the art world, where white artists are now questioned with “is my work heroic enough?” It’s cool to be an activist, especially with the rising demand for Black artists. You can also see the fragility in questions like “Is my work creative enough? Is it impactful enough? Is it purposeful enough?” But that’s just systematic guilt. White guilt to be specific. This isn’t necessarily an attack, but definitely a call to do better.’ 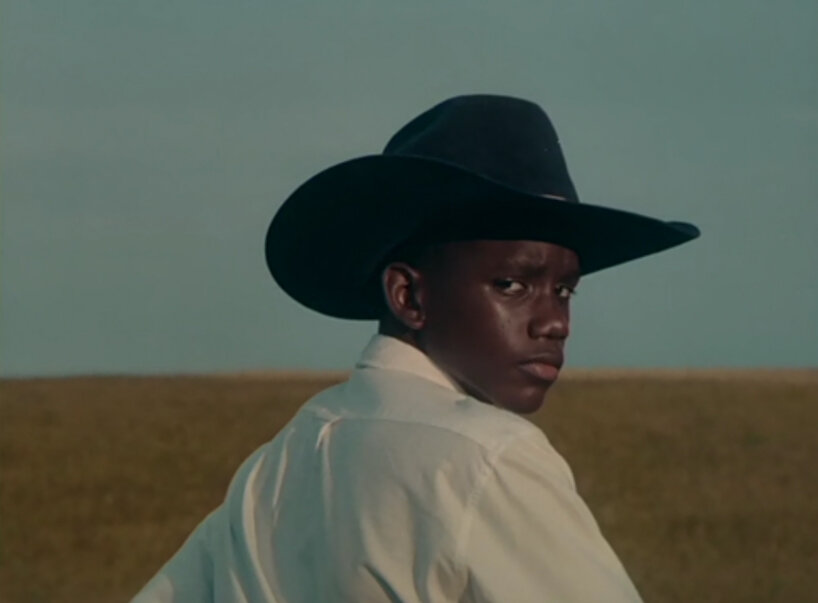 After a few days of commenting and tagging on social media, the Guggenheim Bilbao, the curators and artists dayday and Gala Knörr, announced that they have agreed that together with Knörr’s work, the film ‘Blue’ will be exhibited along with an artist statement, marking it as the visible source of inspiration for Knörr. The artist’s work description was amended on the museum website to note how the images are ‘inspired from the 5-minute film Blue (2022), specially made for Hulu’s series Your Attention Please (2022) and directed by Queer Black American artist and director dayday, who offers an intimate portrait of bull rider Ezekiel “Blue” Mitchell and the legacy of Black American cowboys.’ Mentions of Brianna Noble, the Black Lives Matter movement and George Floyd have been removed, while the text now also states that ‘in an edifying and recent rectification with dayday, recognizing Knörr’s oversight of their film as an inspiration for her work, the Basque artist wishes to acknowledge dayday’s artistic contribution.’

the short film ‘Blue’ by dayday, made for Hulu’s series Your Attention Please (2022) 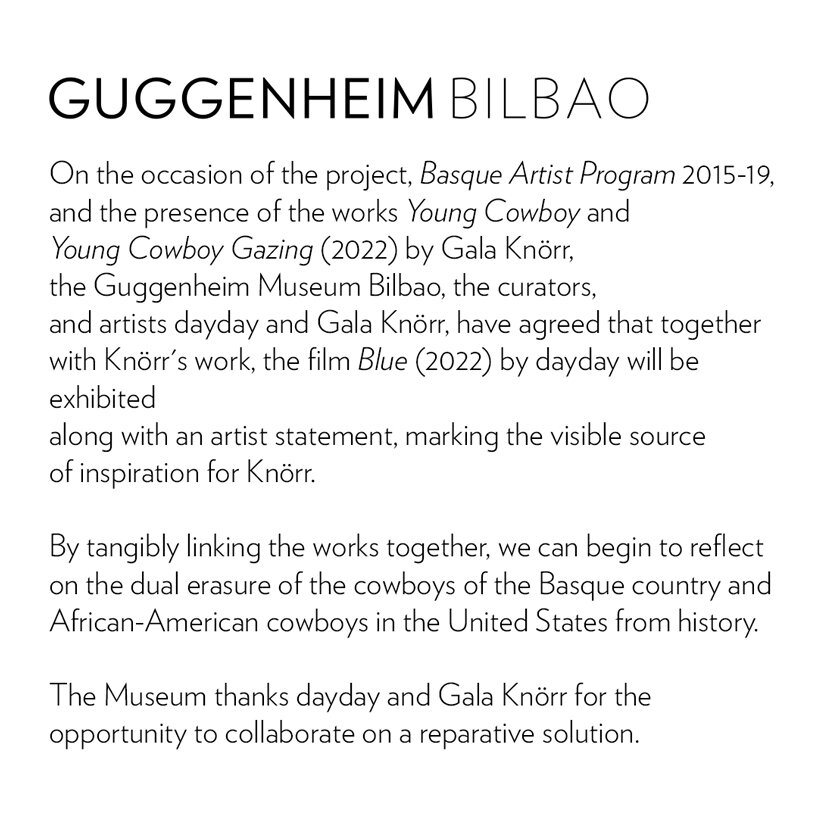 statement released by the Guggenheim Bilbao on July 13, 2022