‘gareth pugh and his models in giant TV’ by tim walker

currently on show at galleria carla sozzani is ‘pictures’ and exhibition of photographic works by tim walker. the show brings together walkers most renowned images as well as new and more recent pieces which have never been exhibited before.

walker’s images evoke a sublime moment in time, evoking a sense of epic drama and beauty. the sets in which his pictures are captured are lavish locations which are juxtaposed against the everyday, mixed with the slightly absurd and outrageous. his photographs tell a narrative which is derived from an imagination which most of us have left behind in our childhood. he presents to his viewer a glimpse into his own imagination, his work reminding us of our capacity to dream the unthinkable. though his images are whimsical, they are real as they have been meticulously executed and have not been modified by computer. 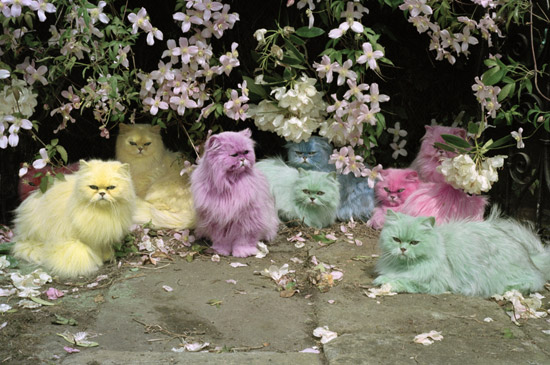 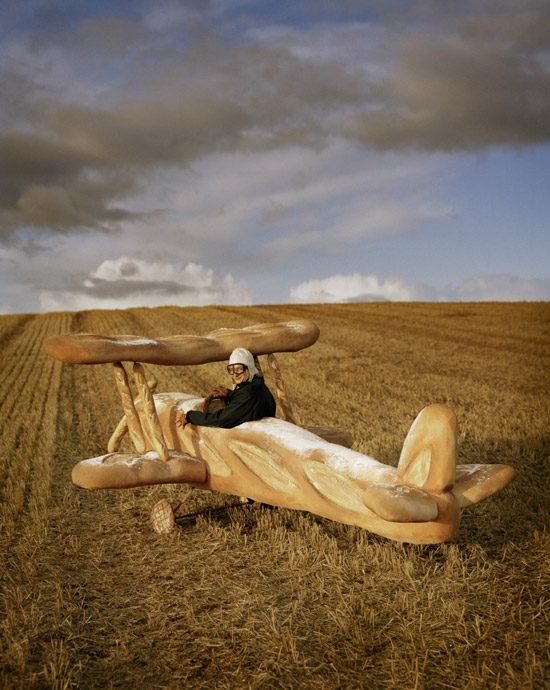 ‘rolo hesketh-harvey and his baguette aeroplane’ by tim walker 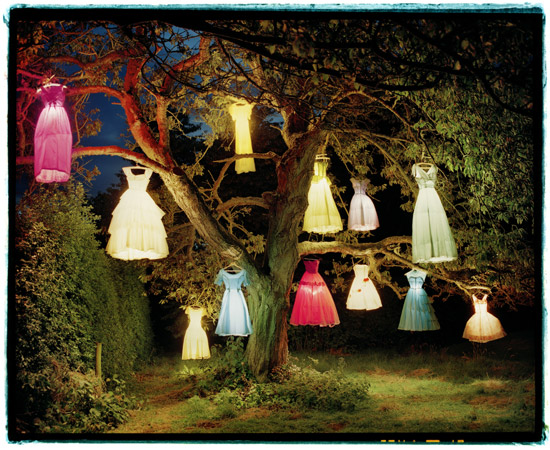 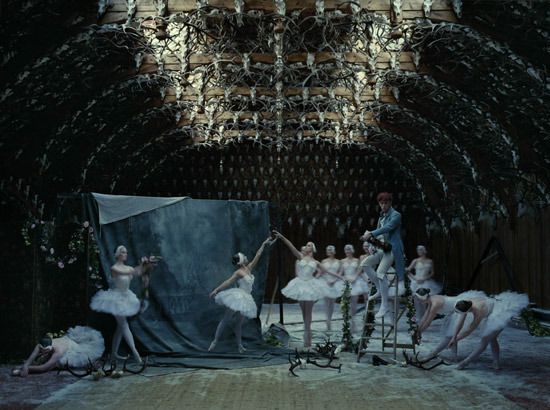 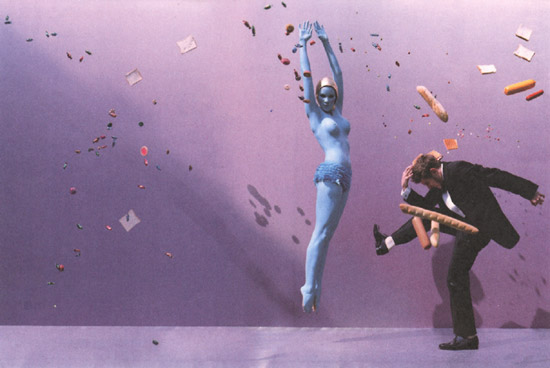 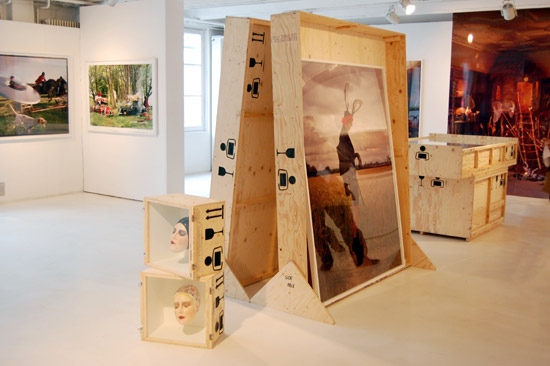 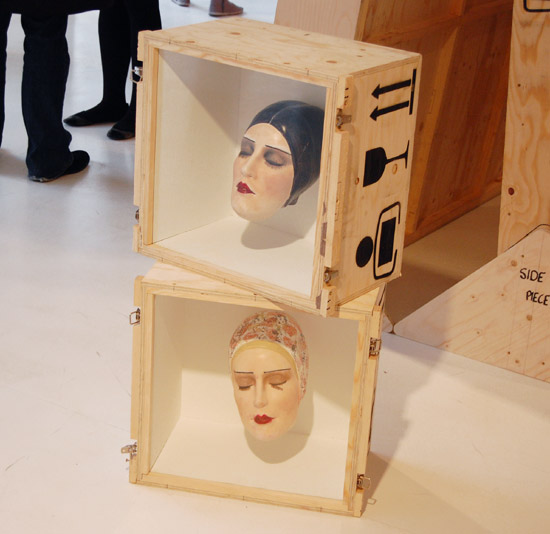 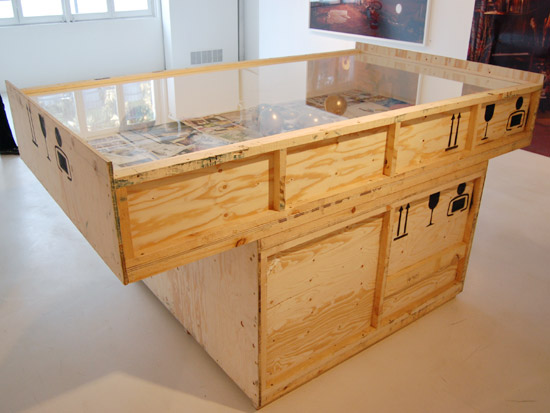 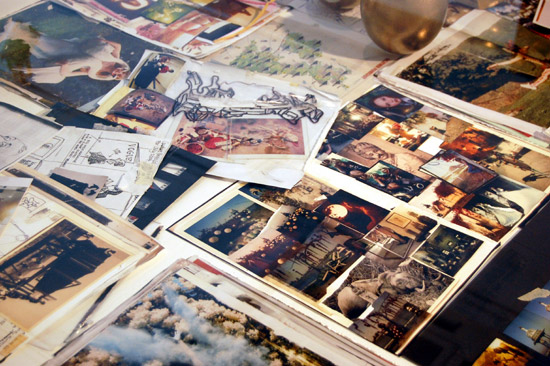 a collection of tim walker’s works, sketches, thumbs are shown within the display table image © designboom 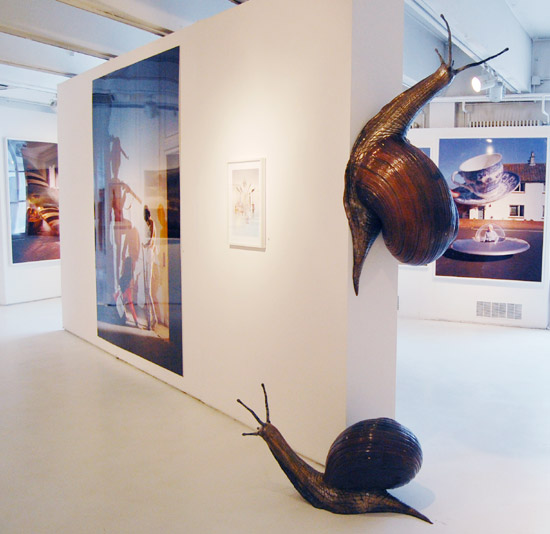 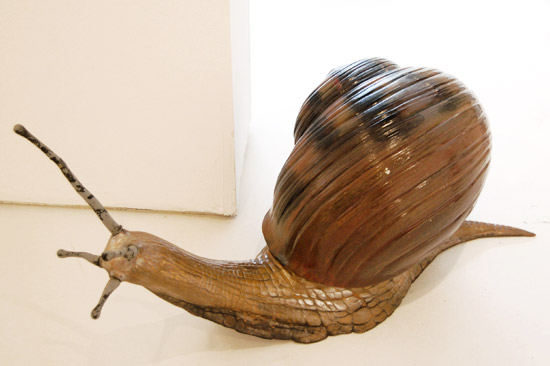 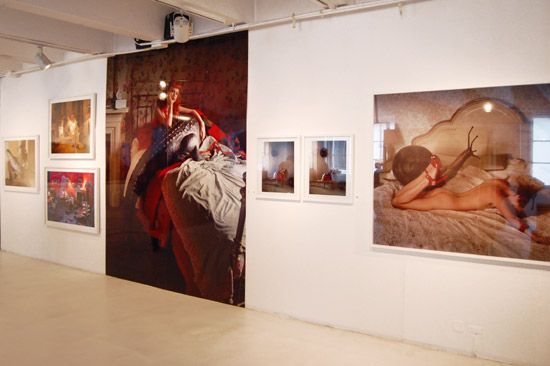 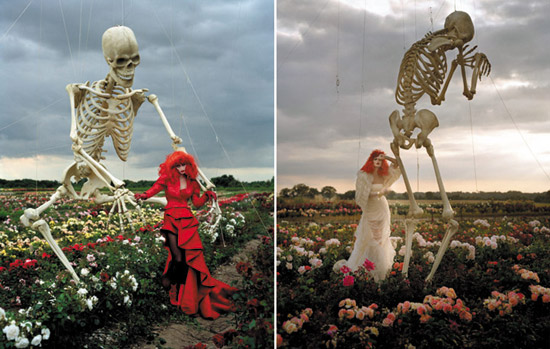 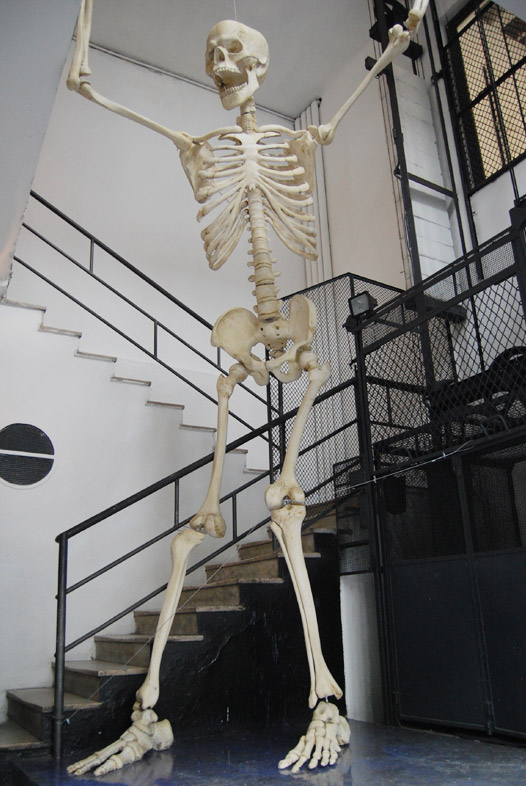 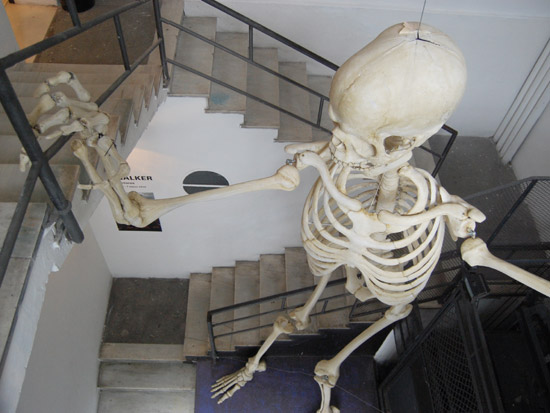 the skeleton spans the two floors of the stairwell image © designboom

tim walker was born in england in 1970. his passion for photography began at condé nast library in london while working on the cecil beaton archive. when he graduated from the exeter college of art in 1994, he became richard avedon’s full-time assistant in new york. when returning back to england, he began concentrating on portrait and documentary work for UK newspapers, before committing himself to fashion photography. at the age of 25, he shot his first fashion story for vogue and has photographed for the british, italian and american editions ever since.