the first dedicated public art district in india came to life this year. as part of st+art, 25 local and international street artists descended upon the iconic lodhi colony area, turning the urban landscape into an open air gallery.

one of the core installations sited in the lodhi district is a dynamic, typographic graffiti artwork by DAKU. ‘time changes everything’ visualizes the passing of the day through an interplay between light and shadow, using the source of the sun as a catalyst for creative expression.

several words — ‘curiosity’, ‘future’, ‘balance’ and ‘perception’ — have been mounted perpendicularly on a building façade. as light passes overhead, the letterforms cast an ever-evolving shadow on the wall, coming alive between the morning and afternoon hours, after which it disappears with the fading sun.

at 12 noon, a shadow falls directly on the wall, making the letters most clearly legible. the chosen phrases by DAKU for the festival installation not only refer to the perception of life, but also to the ephemeral nature of the street art community. 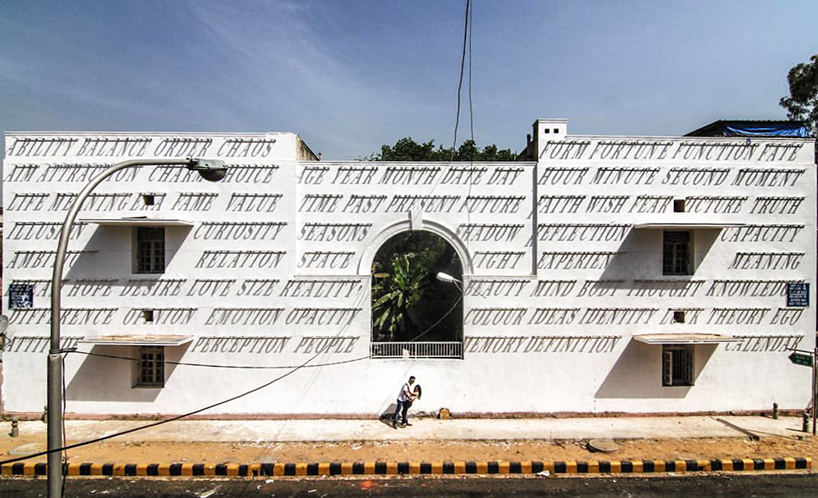 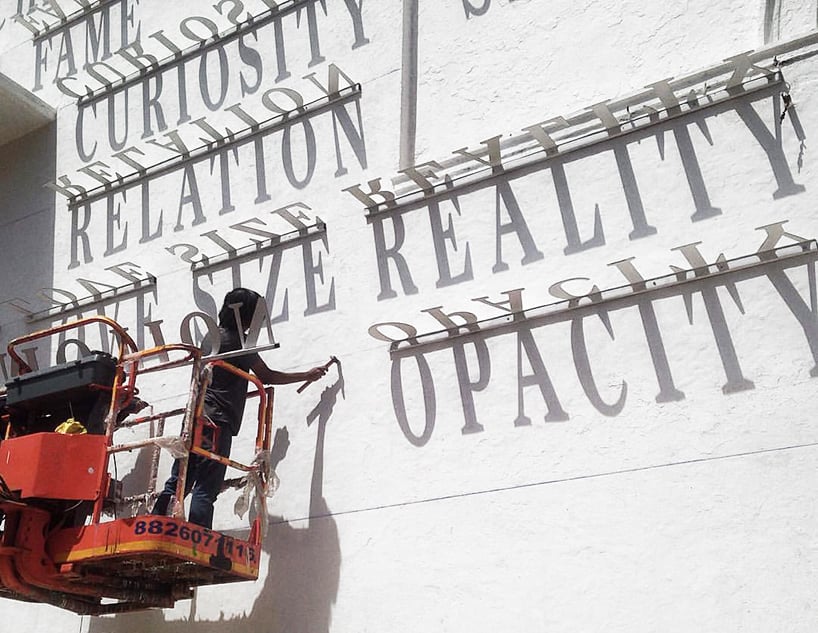 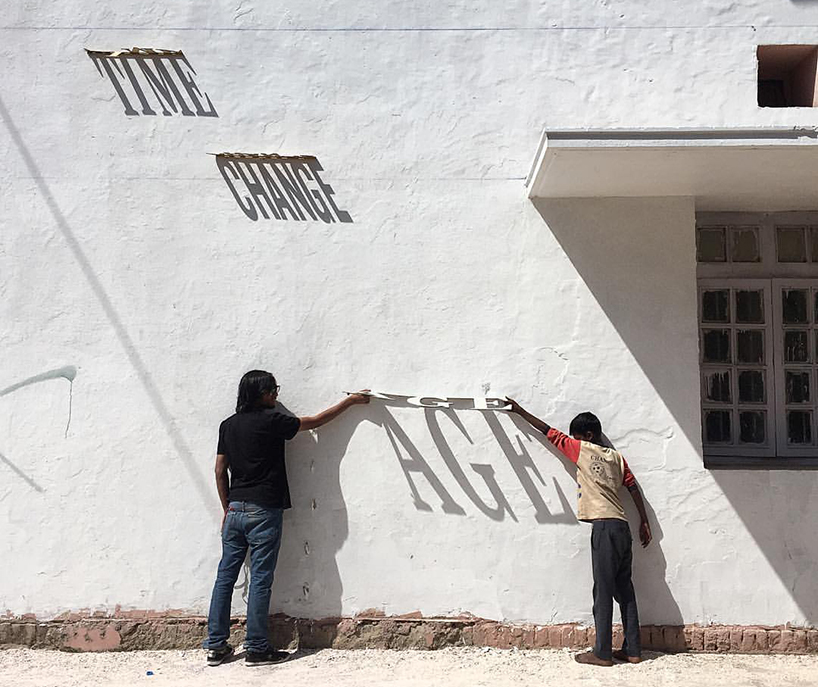 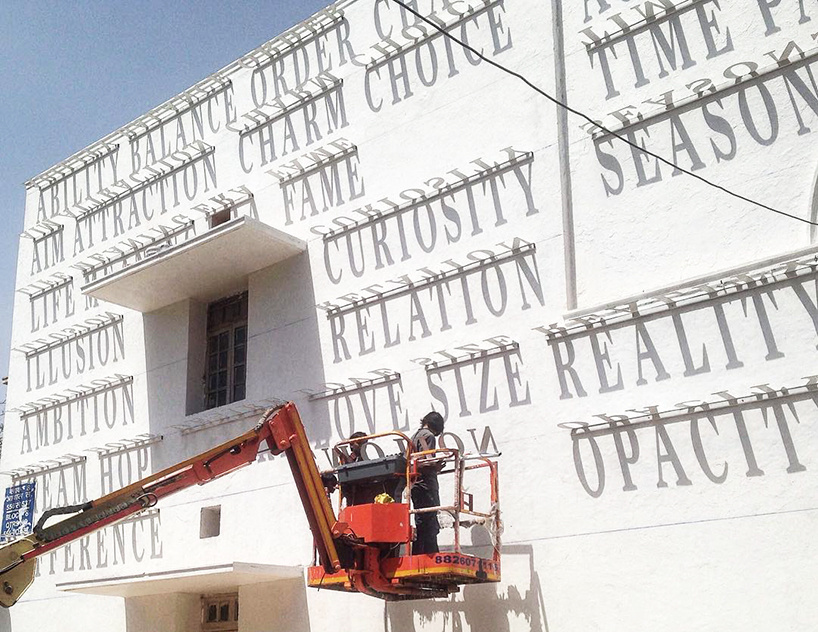 as light passes overhead, the letterforms cast an ever-evolving shadow on the wall
image courtesy of DAKU