‘everything is relative’ by pejac

‘everything is relative’ is the latest street art intervention by urban artist pejac. working in different cities around the world, now the artist scatters tiny figures over the sidewall of the new VETA gallery in madrid, spain. with this project, he seeks to enrich the imperfection of the peeling wall; small figures rendered with casting shadows enliven the two-dimensional surface, where if one peeks closely, a narrative unfolds. 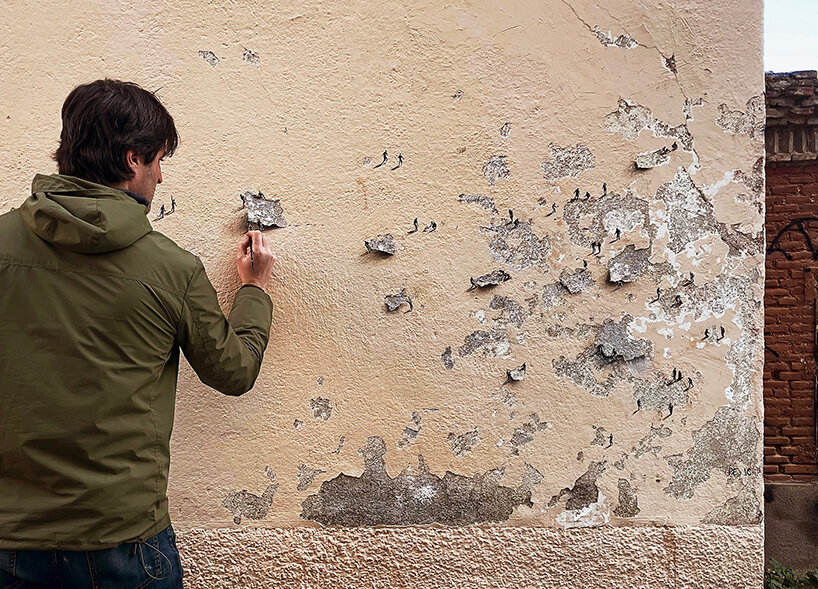 a minimalist intervantion charged with surrealism

pejac’s projects are distinguished by the ability to find meaning in spaces that are seemingly meaningless. and his latest minimalist artwork in the carabanchel neighborhood in madrid definitely proves it. charged with surrealism, ‘everything is relative’ revives these empty spaces, adding a narration if you look closer. in a collective and organized way, a series of miniatures strives to drag patches of wall. as if they were valuable objects.

the artist maintains the original state of the ‘canvas’ with the goal of focussing attention on what already exists.

through his artwork, pejac invites passers-by to look at these patches of broken paintwork with pride and a fresh perspective. ‘perhaps it is his way of singing the praises of the history of the neighborhood and its residents, of what is authentic.’ 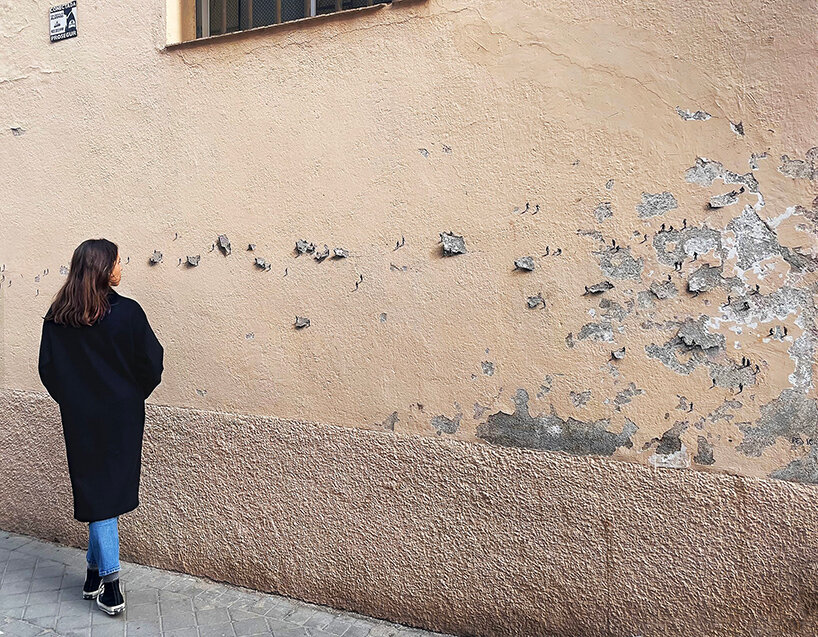 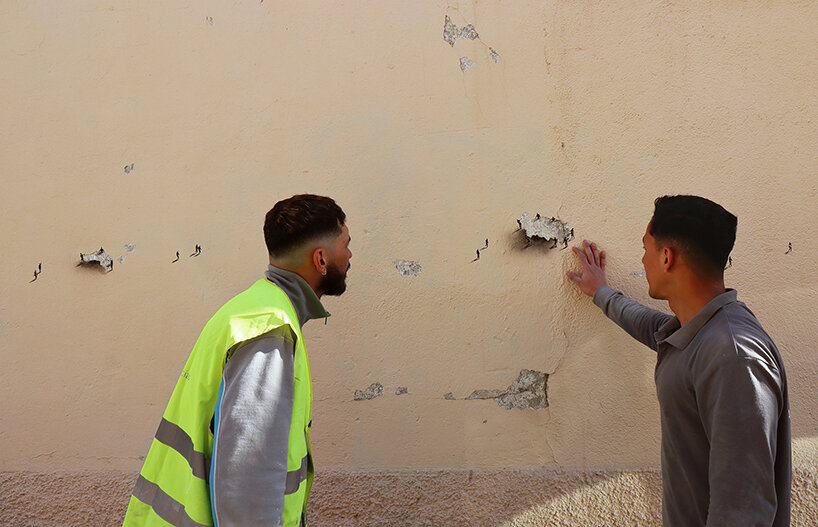 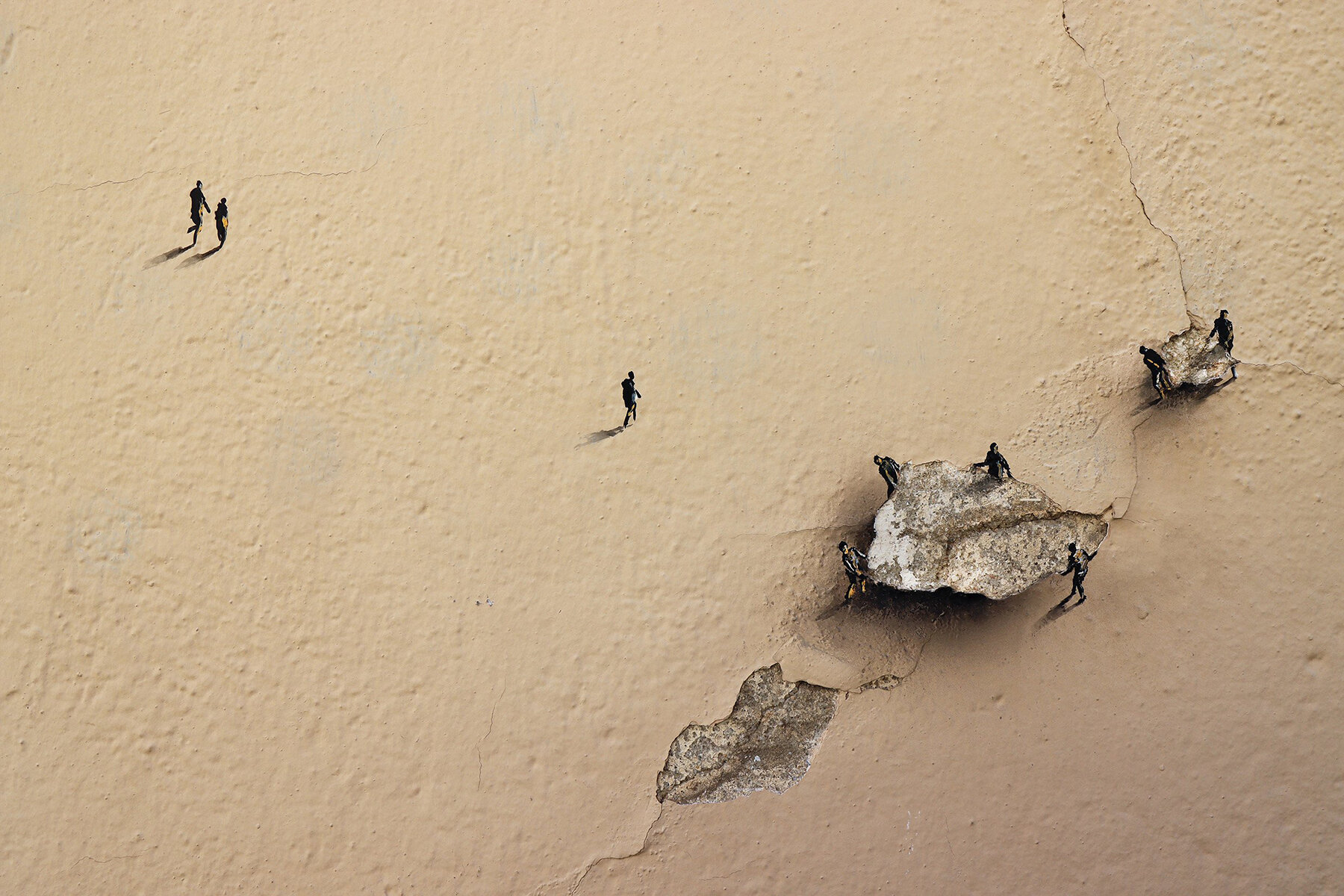 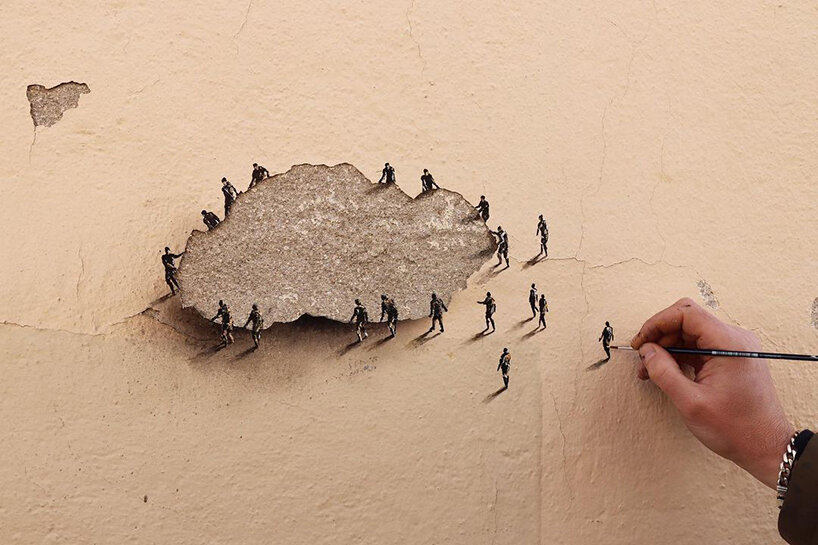 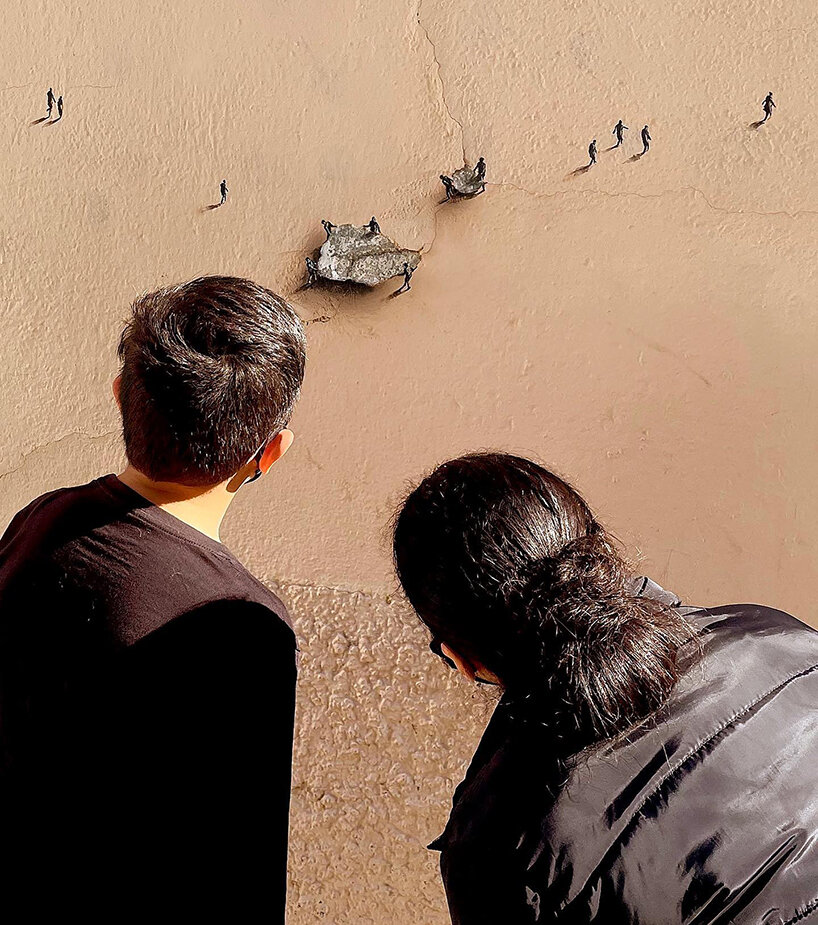 name: everything is relative 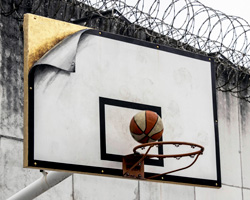 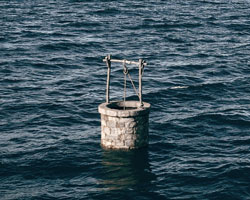 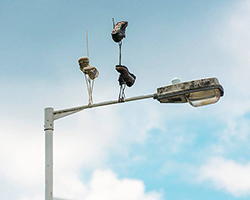 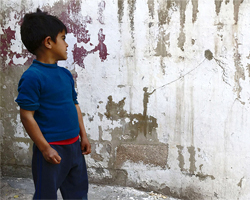