conceived by reykjavik-based designer tobia zambotti, ‘contemplerary’ is a proposed art installation that intends to highlight the issue of breast cancer in iceland. described by zambotti as a ‘rural-kitsch monument’, the design aims to radically contrast with the sparse, and almost other-worldly, landscape. creating a surreal ‘space-time experience’, the goal is to make the work go viral on social media, in order to spread awareness and support the fight against cancer. 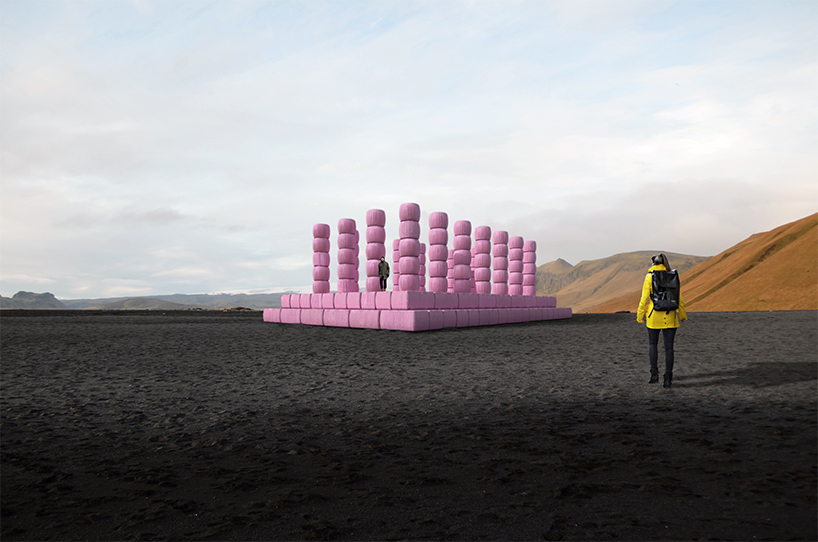 to create the form of contemplerary, zambotti has taken inspiration from classic architectural ruins, yet uses pink hay bales as the modular elements that are assembled into the final monument. altogether, the temple is made from 294 hay bales: 90 circular bales for the columns and 204 rectangular bales for the base or ‘crepidoma’. when realized, the structure will be robust and heavy but with a very light appearance, similar to the visual impact of an inflatable bouncy castle. 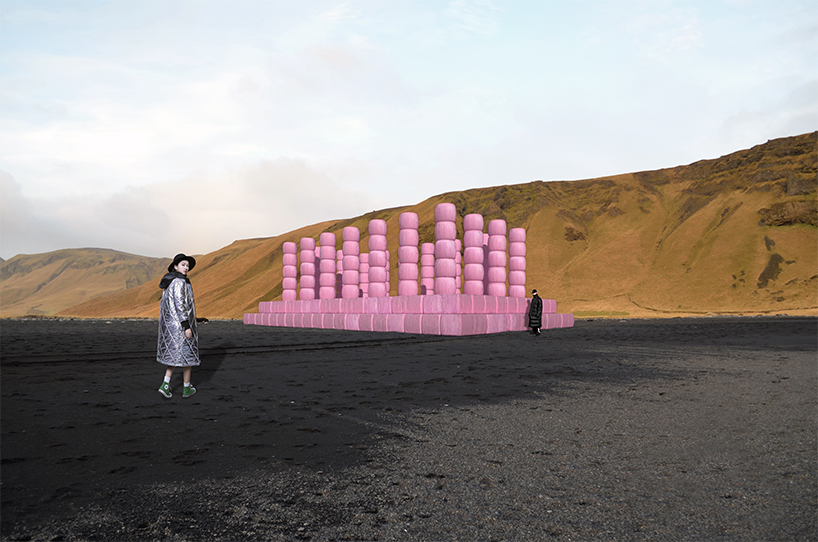 the pink installation radically contrasts with the dark ‘moon-like’ surroundings

october marked the international breast cancer awareness month and countless icelandic companies made pink colored products and sold them with the promise to donate a portion of the total cost to the country’s cancer research society. among other interesting ideas, farmers have been given the opportunity to wrap their hay in pink plastic, instead of the regular white one. therefore, in the last couple of years, the rural areas of iceland have been dotted by marshmallow-like bales: a funny chromatic ‘contamination’ that has become a new symbol for the cause. 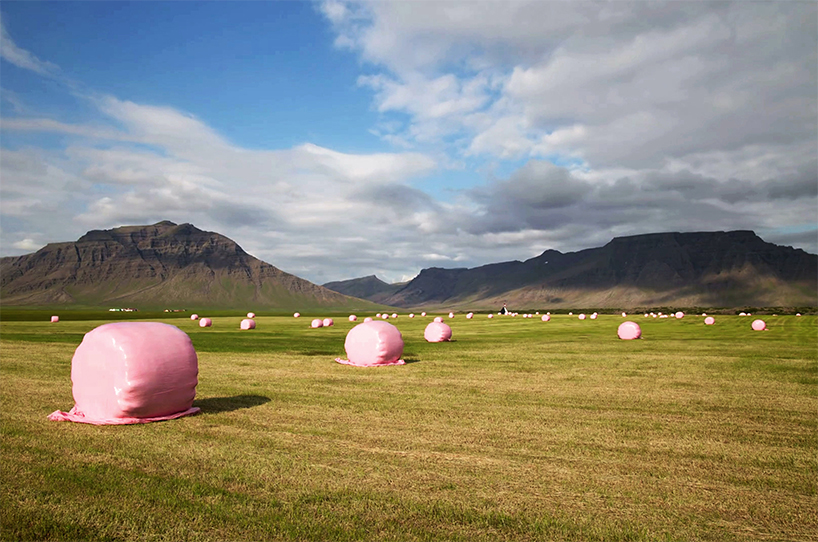 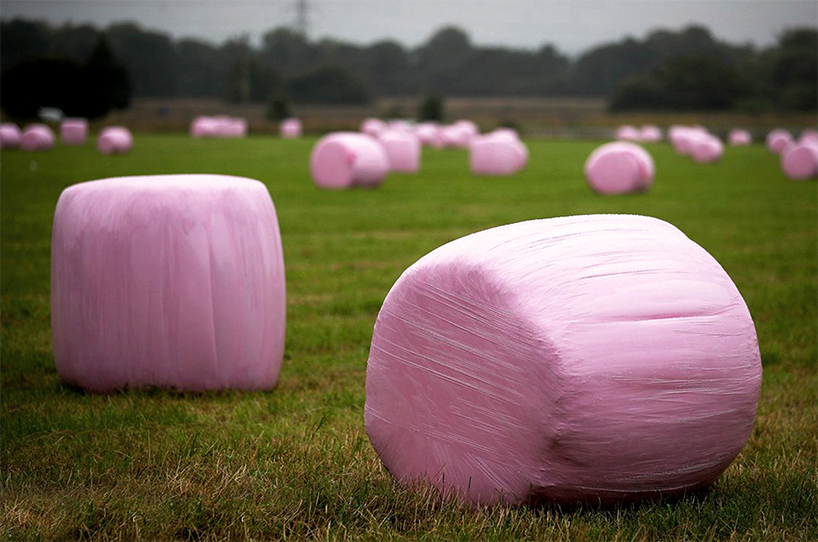 detail of the pink hay bales 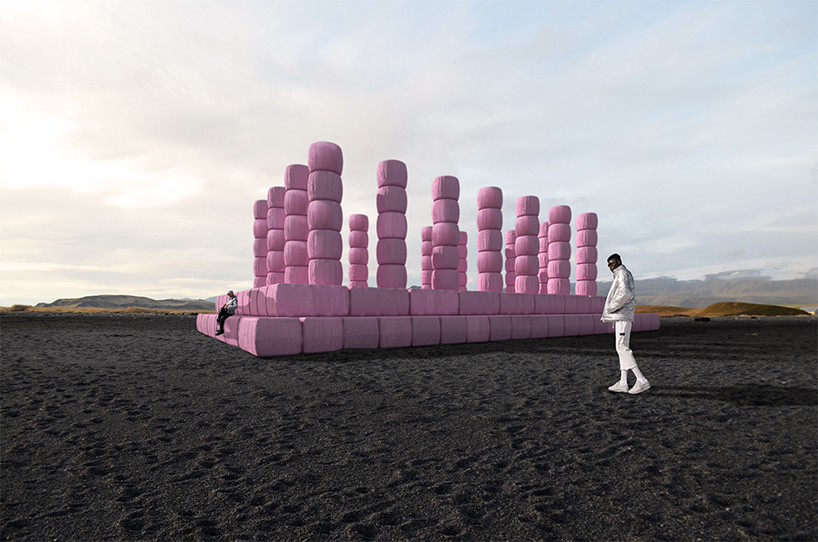 the monument is inspired by classical architectural ruins 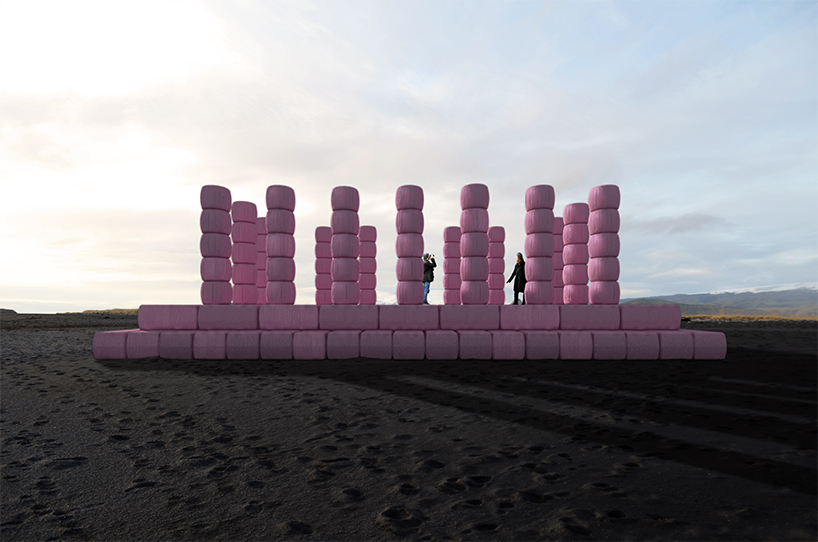 the design aims to create a unique ‘instagrammable’ setting 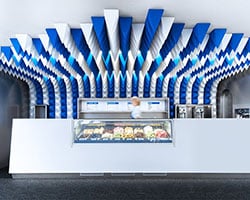 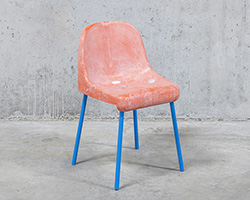 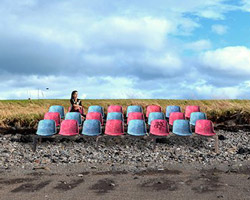