tokujin yoshioka reinterprets the culture of a japanese tea ceremony through a contemporary lens with the design of ‘kou-an glass-tea house’, sited on the stage of seiryu-den in kyoto. the project is not only a modernized version of a teahouse, evolved in architecture and aesthetic from the traditional style, but also an idea that traces origin of the culture peculiar to japan. by making the structure from various weights and angles of transparent glass, yoshioka offers an opportunity for people to sense the essence of japanese history and rethink its position in today’s society. 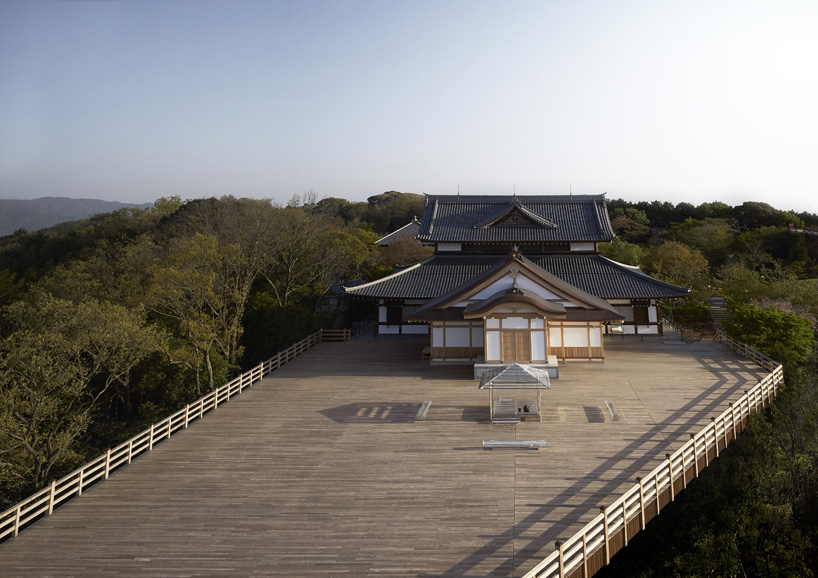 the setting gives viewers the sense of kyoto’s entire landscape

the japanese perception of nature is often characterized by its distinctive spacial perception, embodying the sensory realization of the surrounding environment. this appreciation of nature’s intrinsic beauty is highlighted in the japanese tea ceremony practice. ‘kou-an’ allows visitors to recognize the essence of the natural world by blending into its surroundings — placed at the height of 220 meters to give viewers the sense of kyoto’s entire landscape. 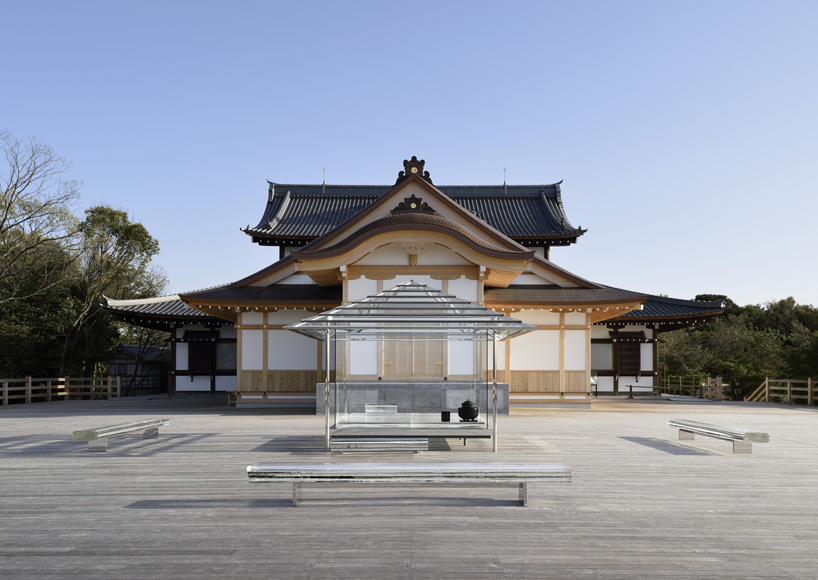 ‘what I wanted to attempt to do through this project is not just to express regeneration of tradition and history by modern design but to think and trace why the tea ceremony which is one of the japanese symbolic culture has been generated.’ yoshioka describes. ‘the origin of the japanese culture will become visible by staring at the relationship between senses that we have unconsciously and the nature. ‘kou-an glass tea house’ will be an opportunity to look back what the origin of japanese culture is.’ 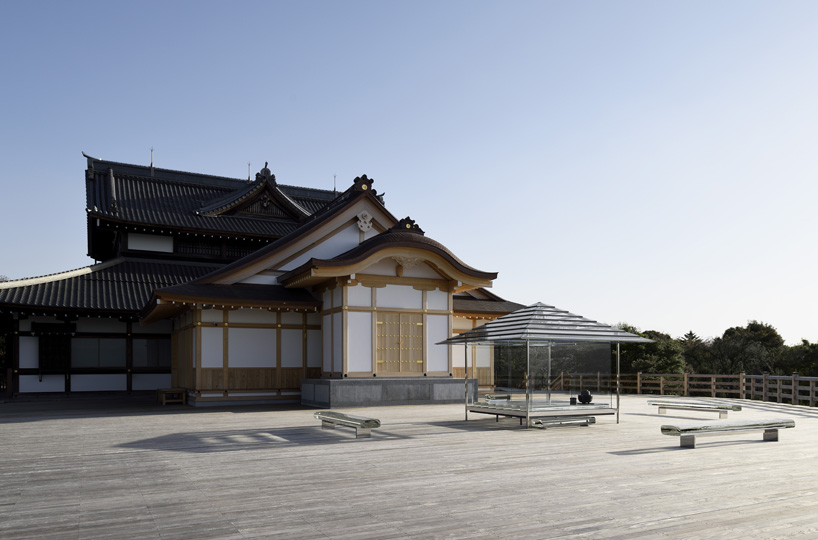 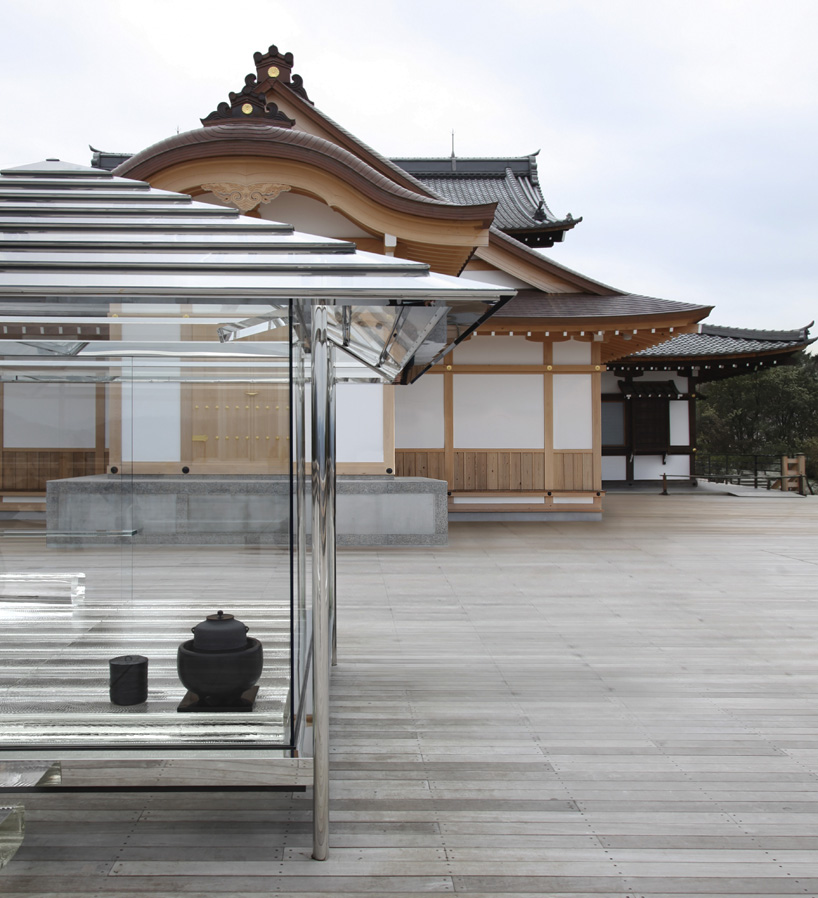 angular glass panes contrast the architecture of the nearby temple 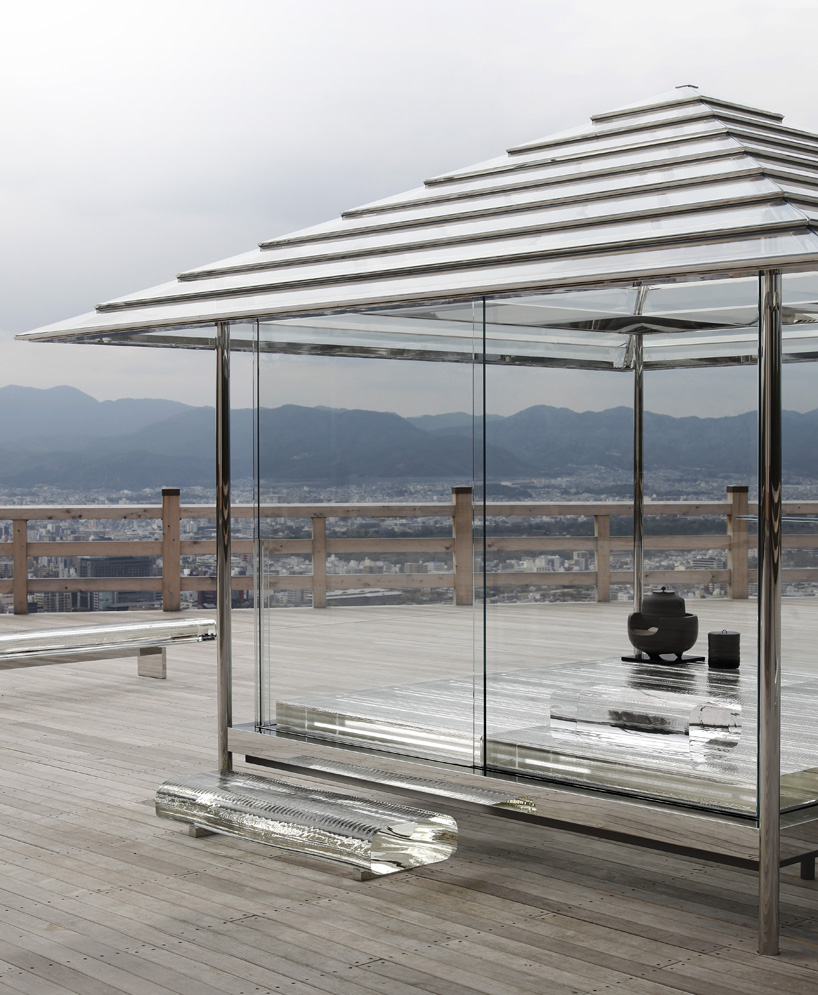 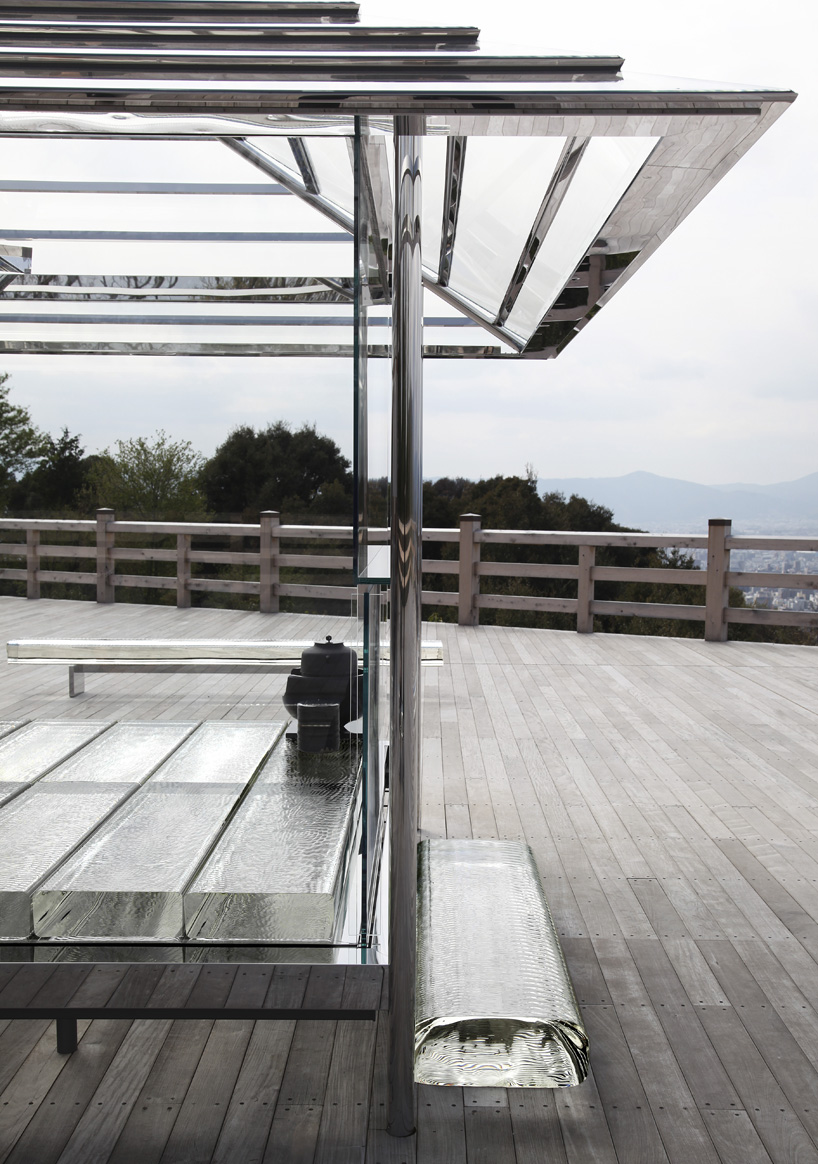 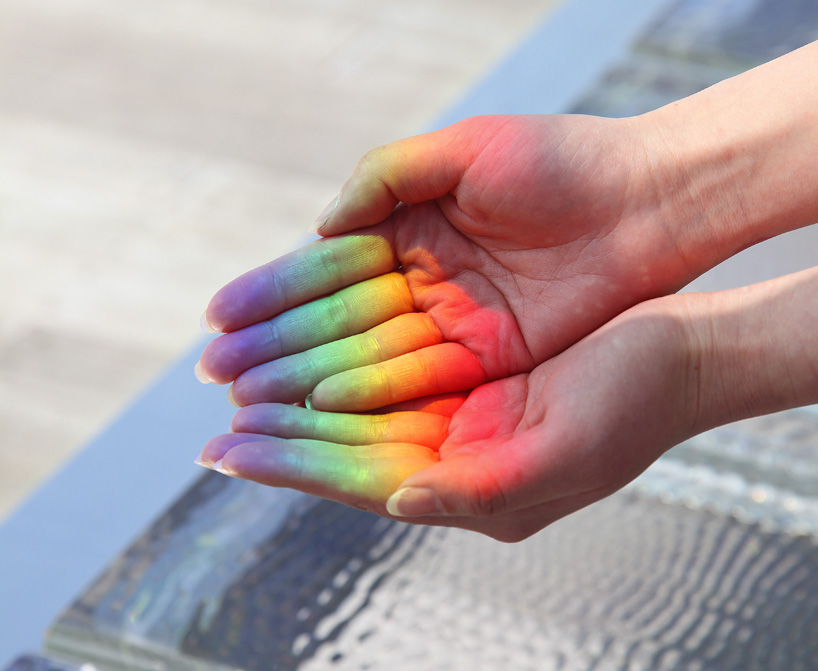 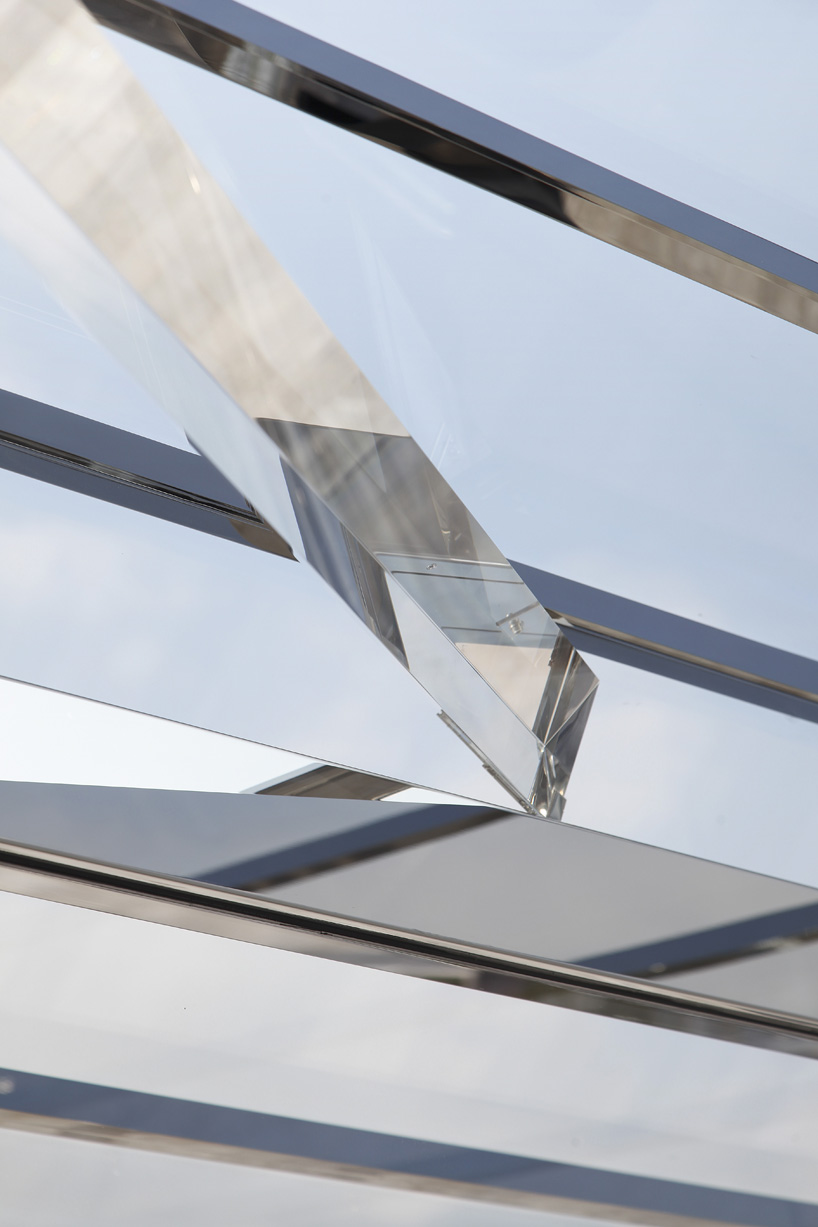 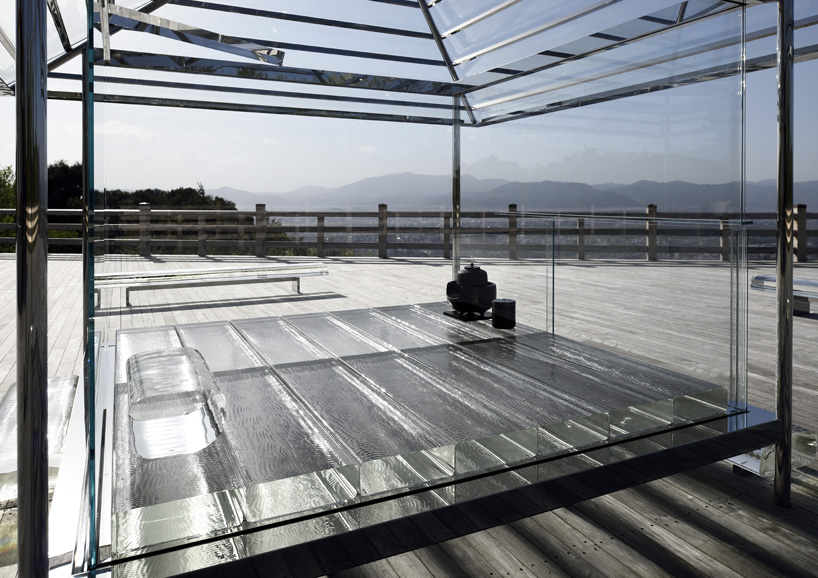 thick slabs of glass serve as the floor of the structure 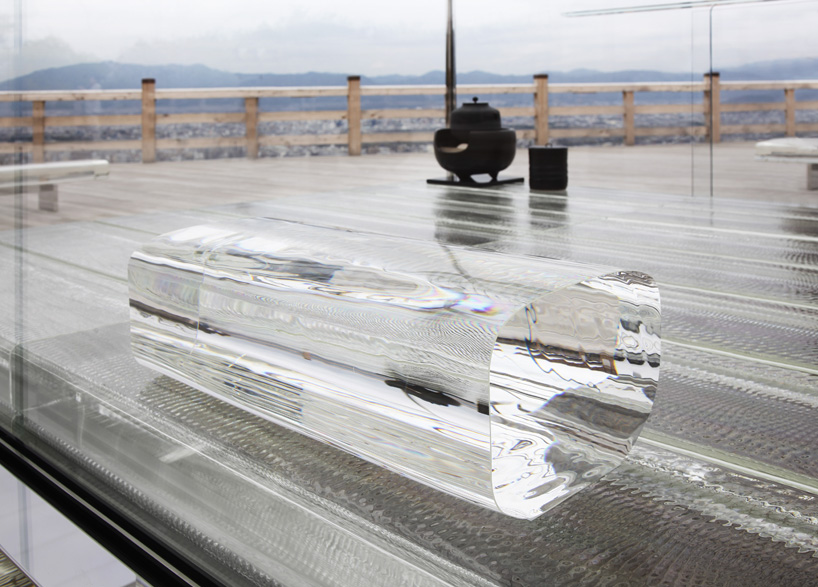 ripples in the glass give the natural appearance of water 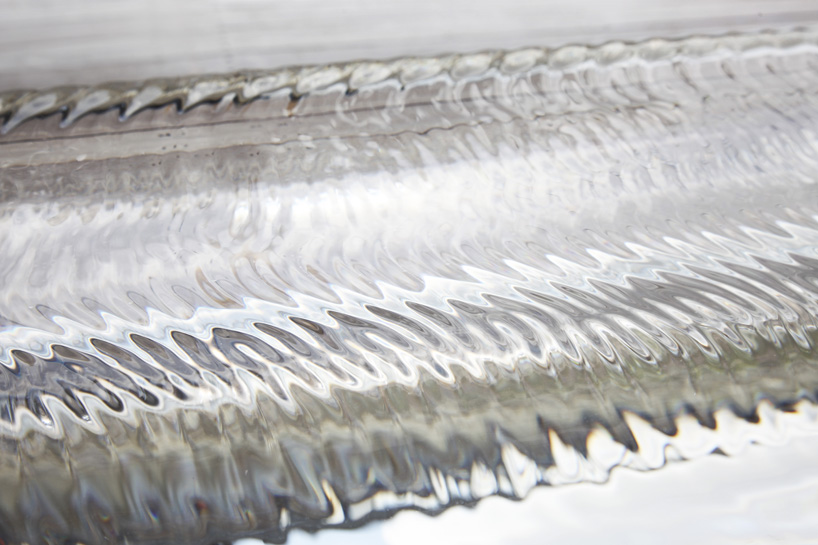 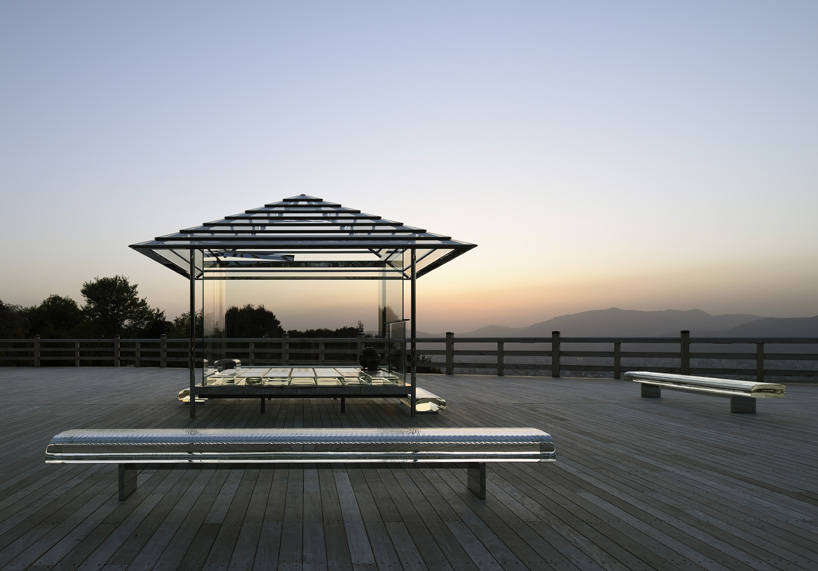 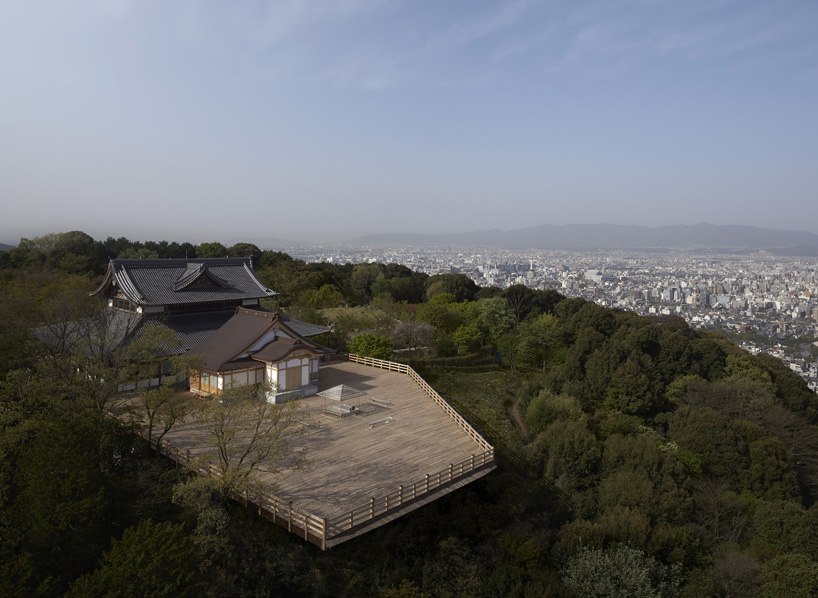 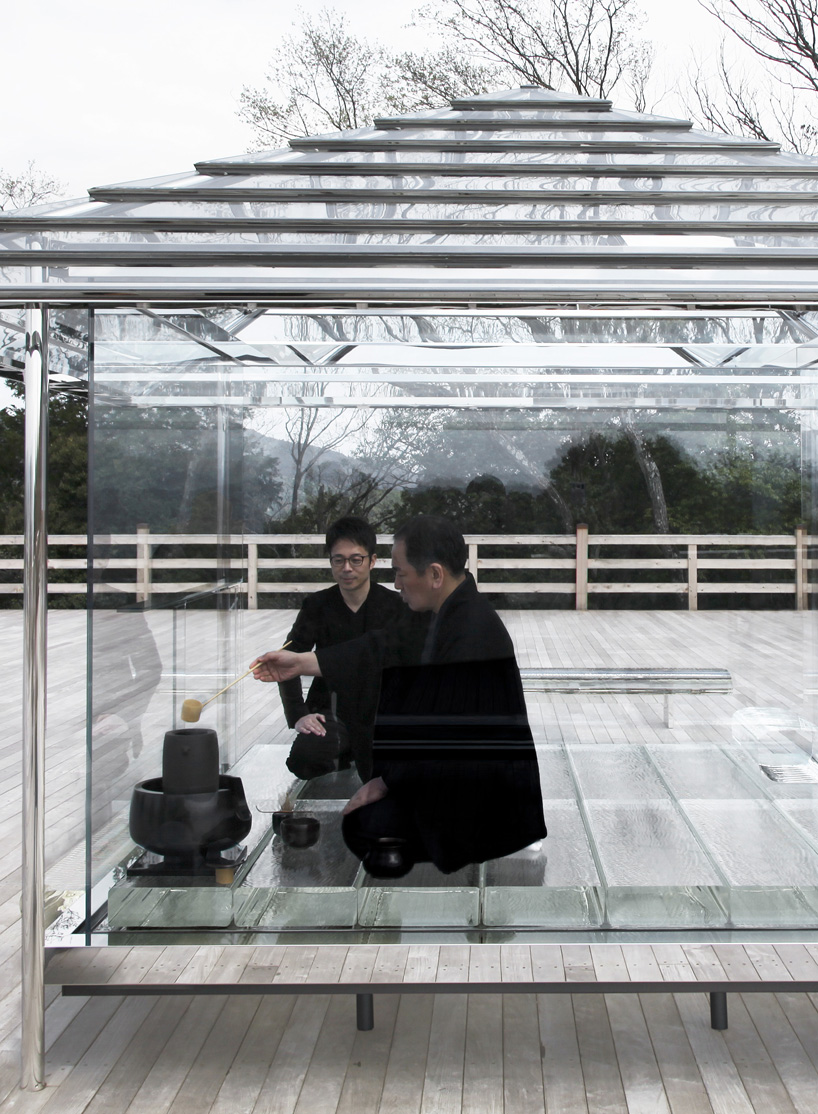