sitting atop one of the largest housing estates in kosice, slovakia are three classic log cottages, as part of ‘the folk architecture monument’ conceived by slovak artist tomáš džadoň. the project was originally based on the dedication of a structure to societal, political and cultural change back in 2006, and since then, the city of kosice received the european capital of culture title in 2008. the permanent placement of the traditional village shelter onto the communist tower block can be viewed as its exact antithesis. taken from the towns of liptovská teplicka and párnica in orav, the dwellings’ new site on the locally dubbed ‘furca estate’, has become an unusual plinth, seen even from distant locations of the city. seeking to engage members of the community with their own history, the installation offers a new perspective on the prefabricated architecture in which most kosice people reside. 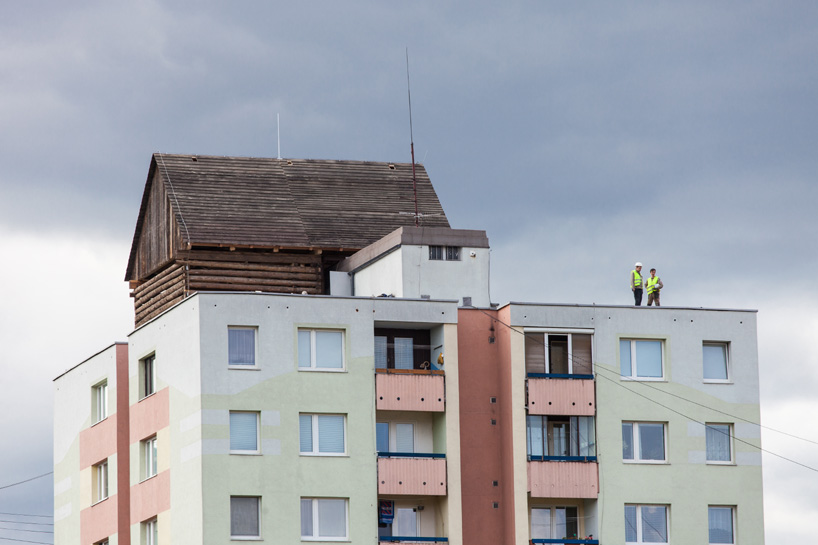 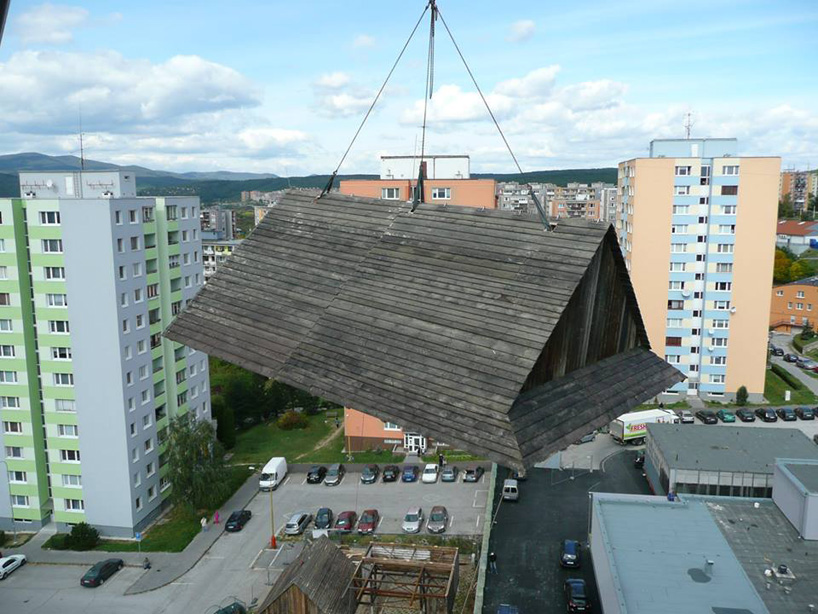 the roof being craned into place 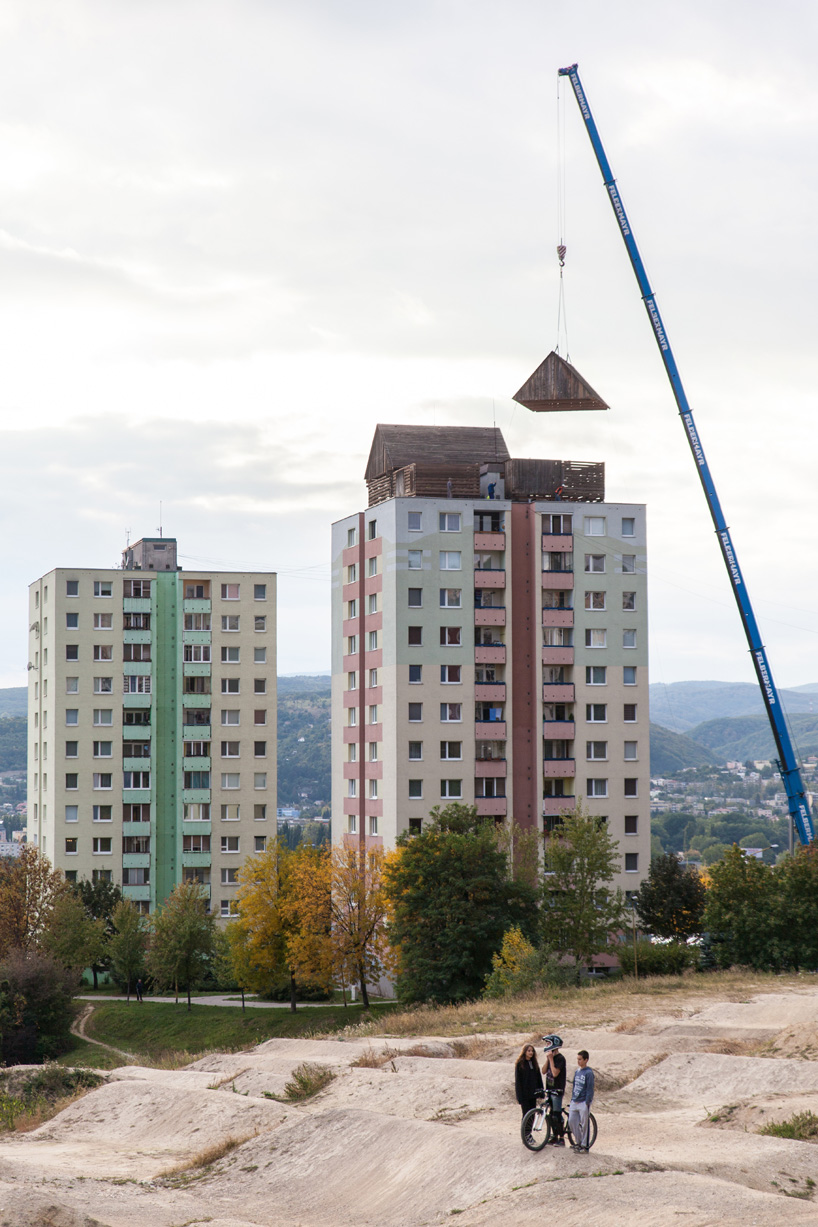 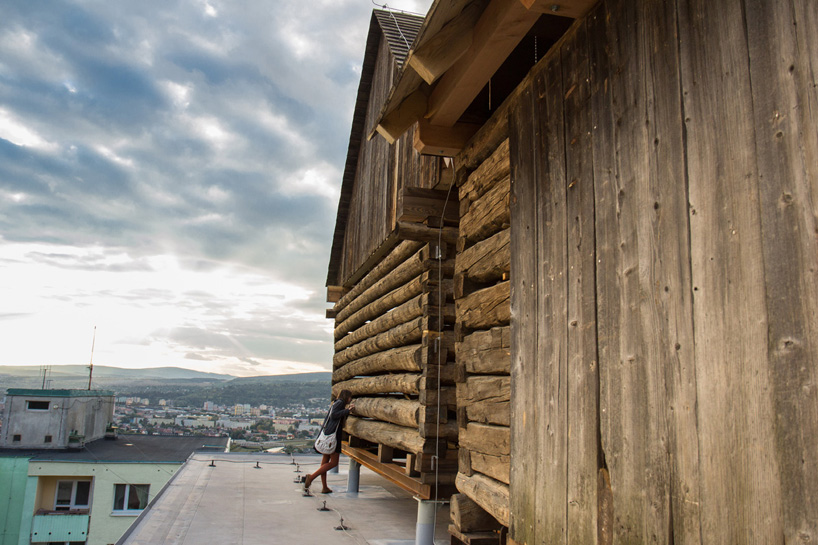 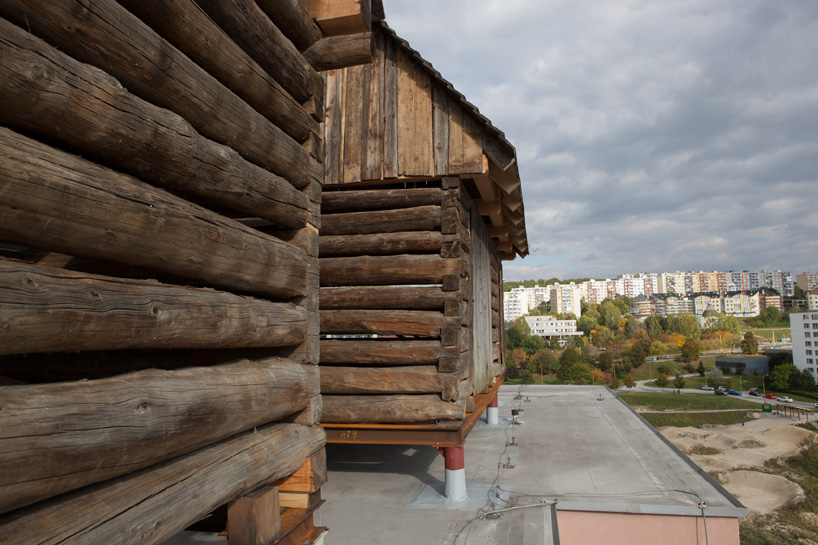 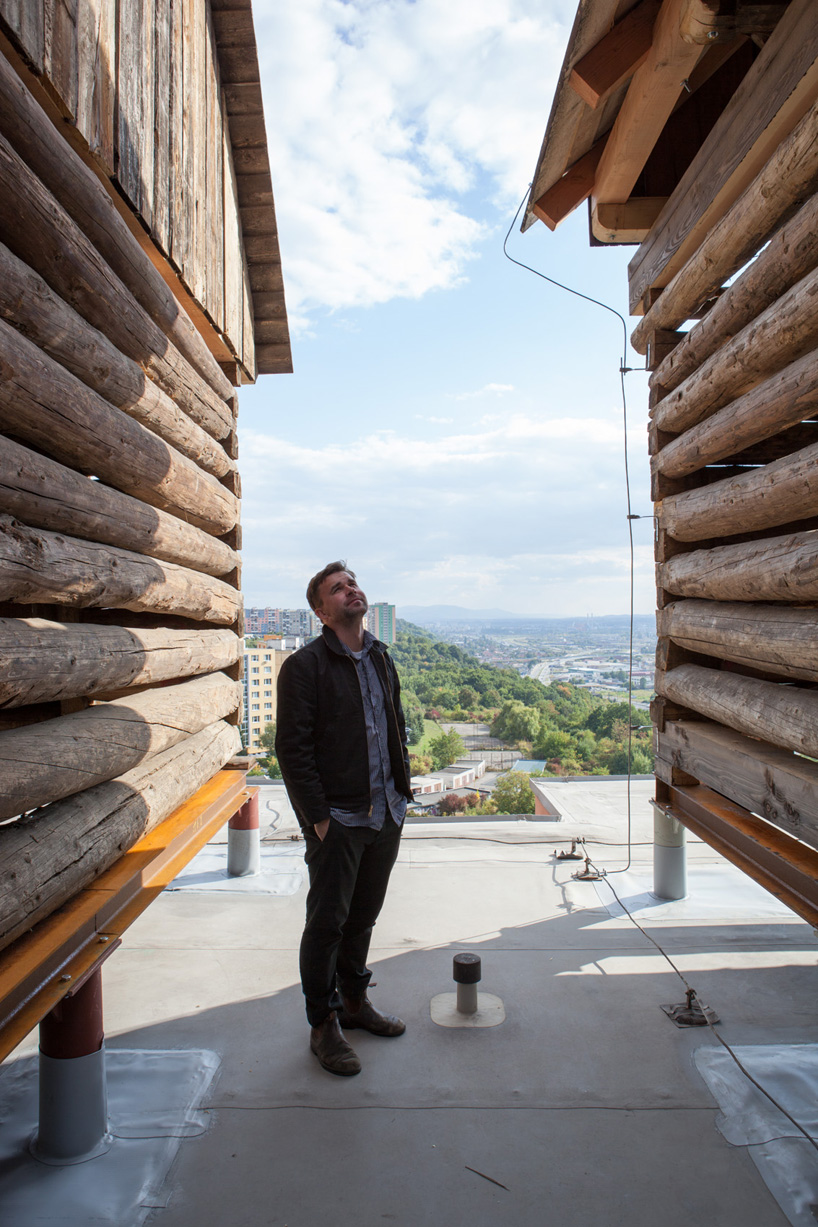 the artist tomáš džadoň on the roof
image © dominika jackuliaková 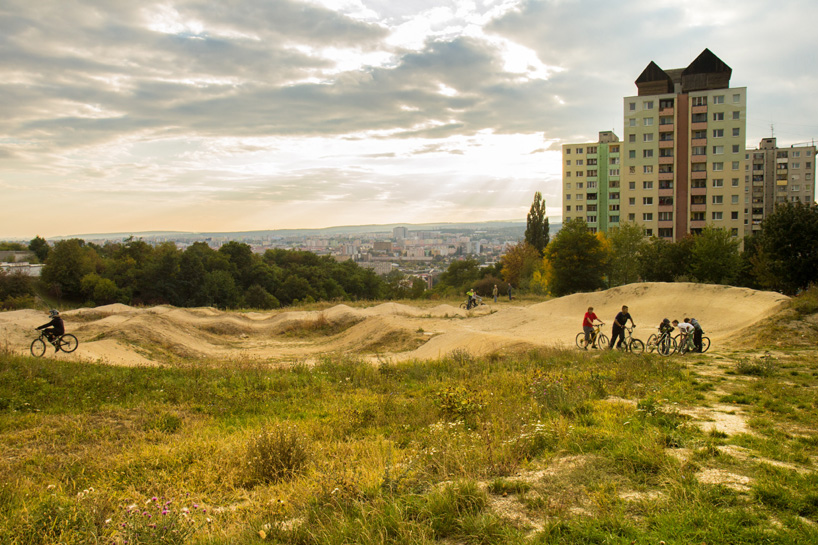 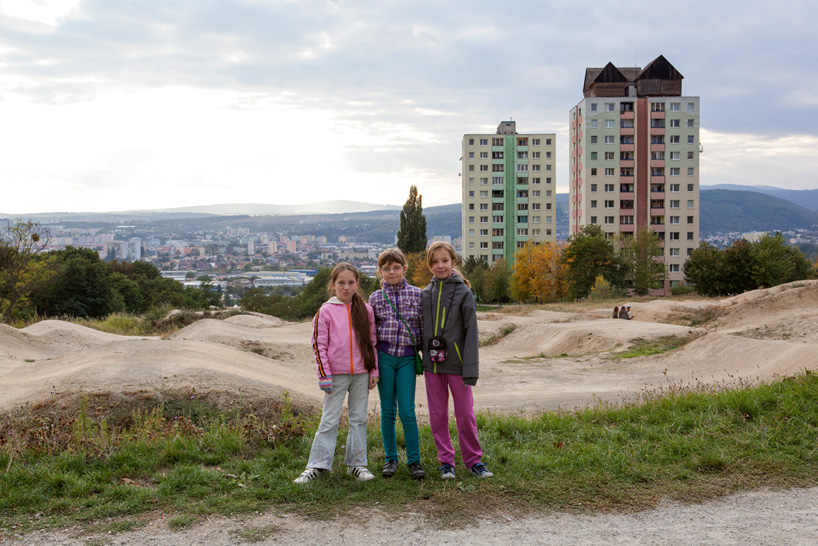 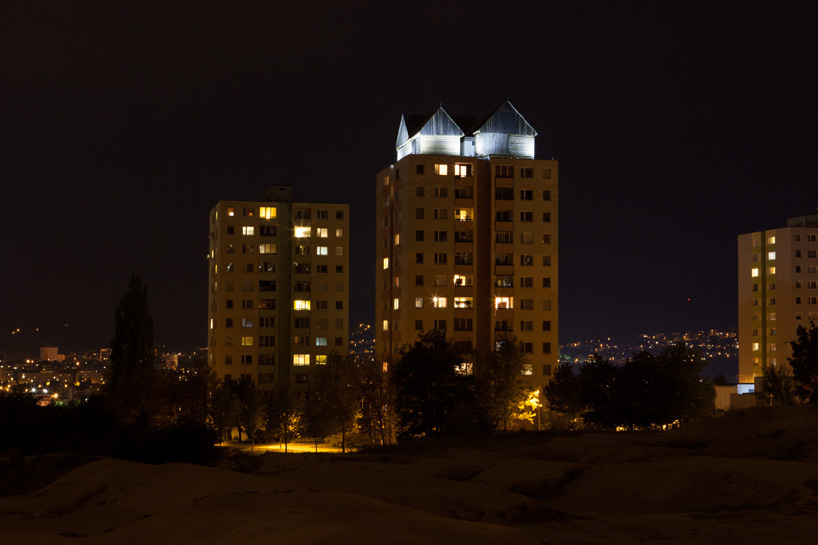