the most intriguing exhibitions this year offered immersive and participatory experiences, engaging visitors with urgent topics that spanned from the micro to the macro scale. from tom sachs issuing swiss passports for 24 hours during frieze week, to gelitin’s monumental sculptures of giant turds and teamlab’s immense digital art installations, 2018 packed a series of compelling and often provocative shows in museums and galleries around the globe.

continuing our annual TOP 10 round up of the year’s most talked about stories, we look back at ten exhibitions featured on designboom over the past 12 months. 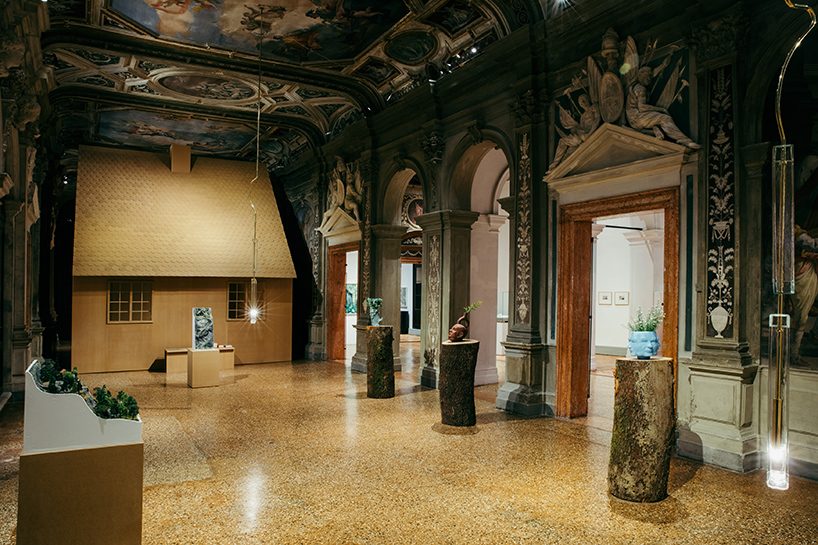 fondazione prada presented machines à penser at its venice location, an exhibition curated by dieter roelstraete that focuses on three 20th century philosophers: theodor w. adorno, martin heidegger and ludwig wittgenstein. through an immersive journey on the ground and first floors of the 18th century ca’ corner della regina, the exhibition explored the influence of these protagonists as they relate to the conditions of exile, escape and retreat, as well as physical or mental spaces that favor thought and intellectual production. alongside architectural reconstructions of the actual huts heidegger and wittgenstein chose to isolate themselves in, the centerpiece of the exhibition was an installation conceived by the scottish artist and poet ian hamilton finlay in 1987 titled ‘adorno’s hut’. 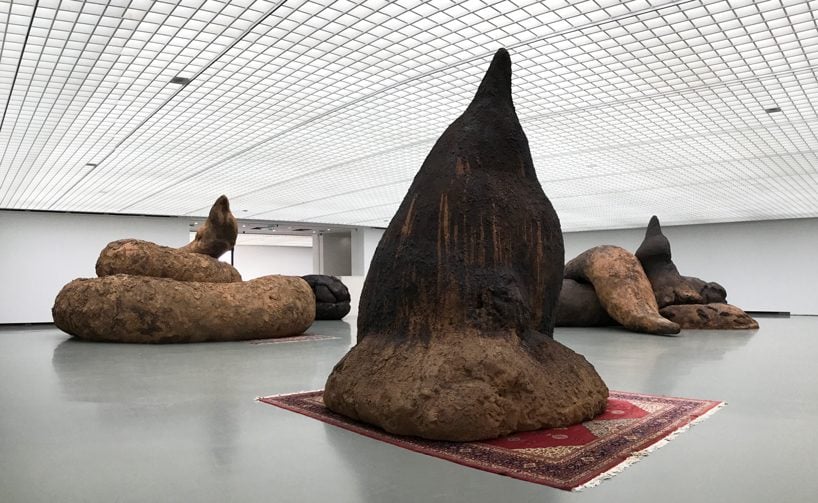 ‘this is also a show for all who think that contemporary art is shit. they should come and see this shit show. they will be satisfied.’

from may to august this year, vienna-based collective gelitin filled the museum boijmans van beuningen in rotterdam with a series of monumental, site-specific sculptures shaped like giant turds. curated by francesco stocchi, the exhibition vorm -fellows -attitude celebrated the human body with a humorous, provocative approach while inquiring over the negative connotations excrement has gained over time. 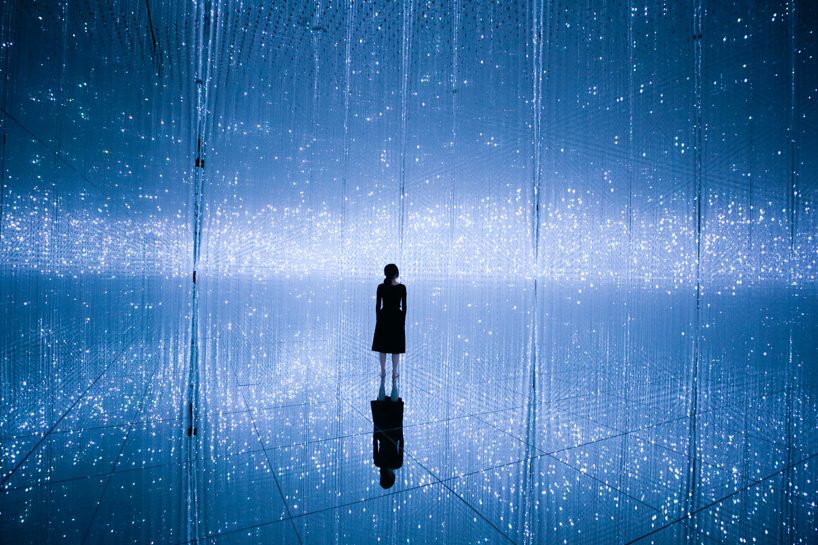 teamlab dissolves the borders between viewer and work through a labyrinth of immersive installations, on show for the next two years at toyosu, tokyo. enriched with new artworks since first presented in 2016, teamlab planets tokyo displays developed iterations of previously-featured artworks as well as an immense new installation, spread across 10,000 square meters. highlights from the exhibition include, floating in the falling universe of flowers, a digital installation showing a seasonal year of flowers blooming and changing over time. any interaction between the viewer and the installation causes constantly-evolving change in the artwork, where flowers grow, bud, bloom, and eventually wither away and die —  the cycle of birth and death continues without end. 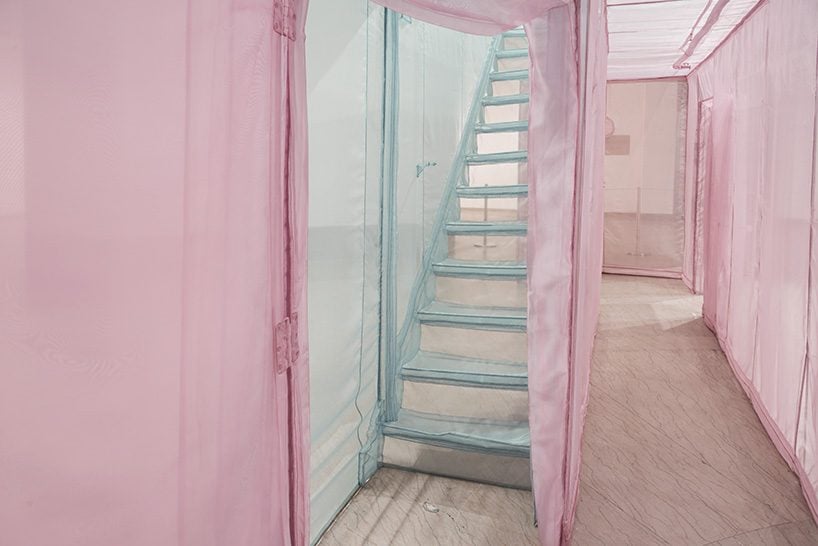 image courtesy of do ho suh and lehmann maupin gallery

the perfect home II is a full-scale replica of do ho suh’s manhattan apartment on 22nd street, new york, which he inhabited for nearly twenty years. reconstructed using hand-sewn translucent nylon fabric, the perfect home II continues the artist’s study of mass global migration, the process of finding a home, and the notion of permanence. the installation is on view at the brookyn museum until january 27, 2019. 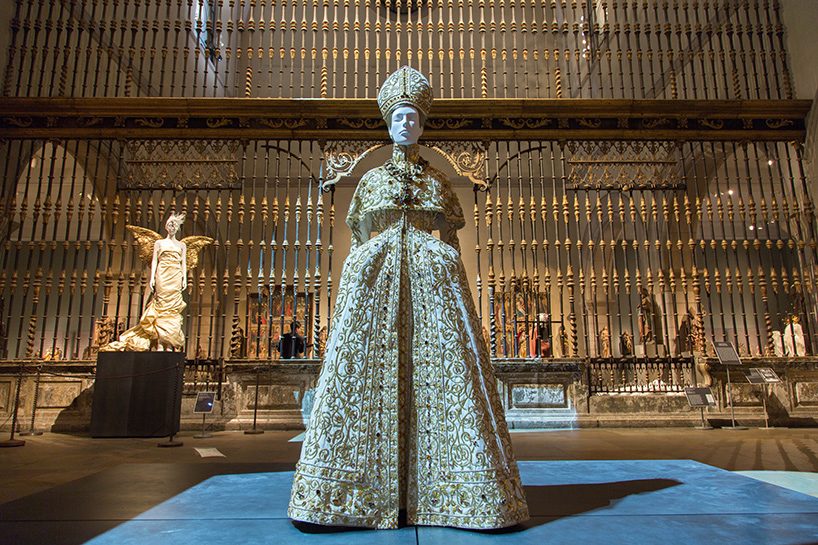 image © the metropolitan museum of art

for the costume institute’s spring 2018 show, new york’s metropolitan museum of art presented heavenly bodies: fashion and the catholic imagination, an exhibition that focuses on fashion and its relationship with catholicism designed by diller scofidio + renfro (DS+R). the exhibition unfolds as a series of short stories told through conversations between religious artworks in the museum’s collection and the fashions of the twentieth and twenty-first centuries. its design evokes the concept and practice of a pilgrimage, with visitors beginning their journey at the met fifth avenue before traveling to the met cloisters in northern manhattan. 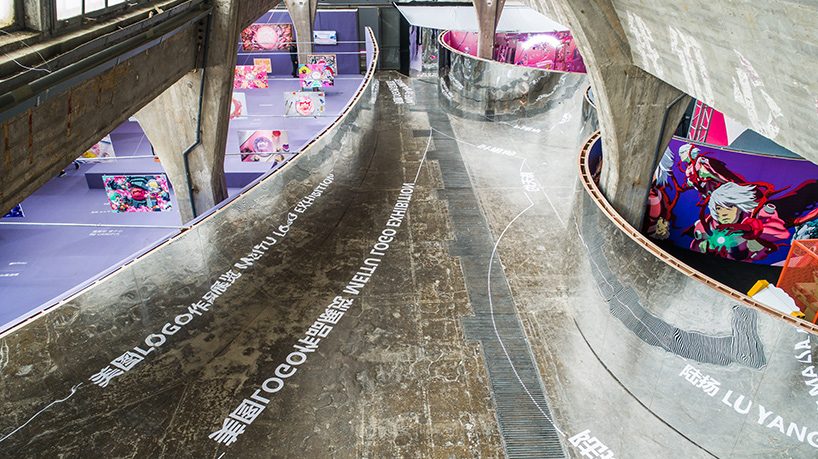 in what marked its first exhibition designed in china, AMO — OMA’s research and design studio — clad beijing’s 798 art factory gallery space with curved mirrors, which reflected visitors’ outer selves. titled true me, the exhibition examined today’s ‘selfie-culture’ and explored different possible modes of self-representation through art and media, with works by artists and photographers such as teamlab, chen tianzhuo, and hou ying, among others. the gallery’s space was divided in six soft zones – each of which clothed in either grass, flannel, or felt – that, in contrast to the mirrors, displayed the inner self through visual artworks and performances. 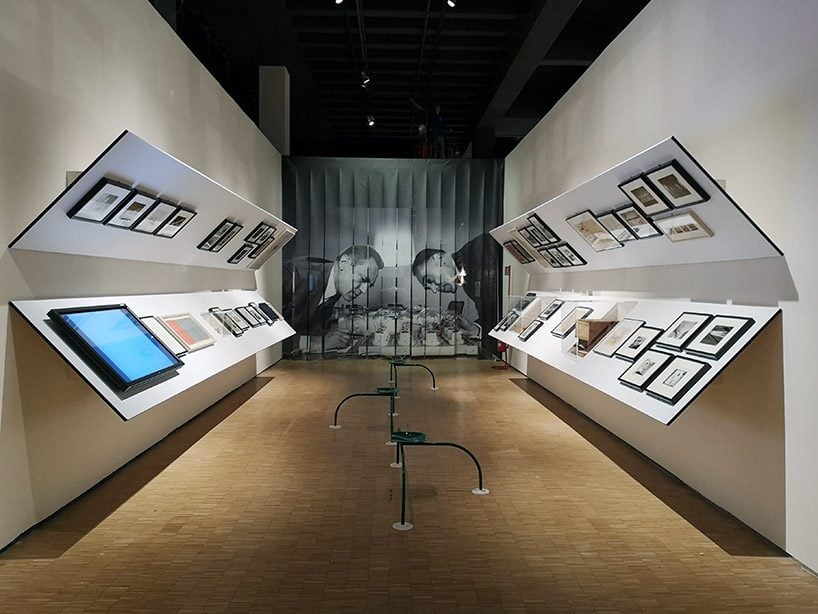 patricia urquiola together with federica sala curated a major monographic exhibition dedicated to achille castiglioni (1918-2002), on the occasion of the centenary of his birth. on until 20 january 2019 at la triennale di milano, a castiglioni is divided in 20 non-hierarchic, non-linear clusters – what the curators call ‘parts of his brain’ – developed around the fundamental elements of his work – such as ‘the void’, ‘ready-making’, and ‘playfulness’. 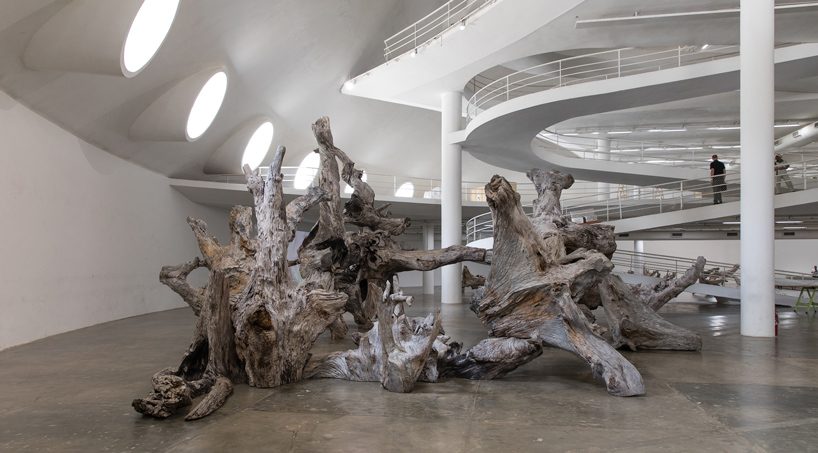 spreading over 8,000 sqm, ai weiwei’s first ever exhibition in sao paulo, brazil, is also the largest display of his work ever staged. entitled ai weiwei: RAIZ, the colossal retrospective has been developed and curated by marcello dantas and takes place at the OCA exhibition space at ibirapuera park in são paulo until 20 january 2019. the exhibition showcases the artist’s life story through his most iconic works, along with the new works that arose from a deep immersion into brazil and its traditions. 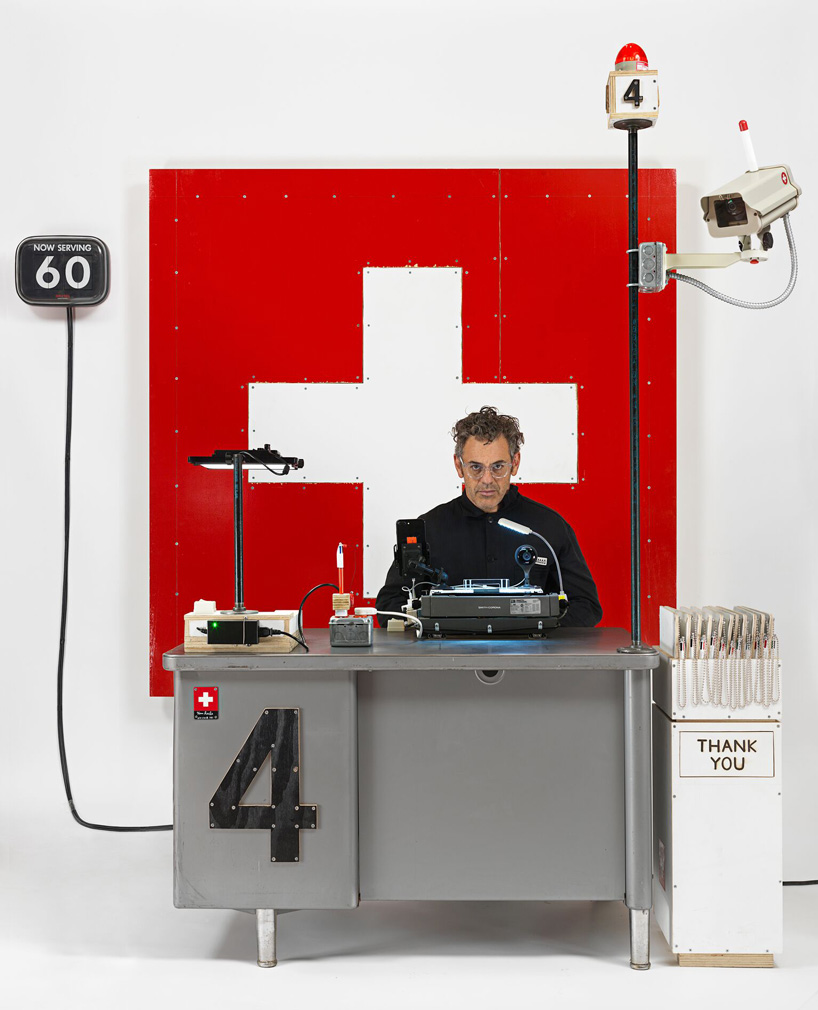 to coincide with london’s frieze week, american artist tom sachs opened his swiss passport office at galerie thaddaeus ropac, which remained open for 24 hours only. during that time, visitors were issued with a swiss passport at a cost of €20 – no british pounds accepted – as part of an installation addressing international contemporary concerns, from brexit, to syria, to trump’s immigration policies, and the notion of global identity. for sachs, swiss citizenship is ‘the ultimate status nationality, representing wealth, neutrality and freedom’; a status he wishes to make available to all. 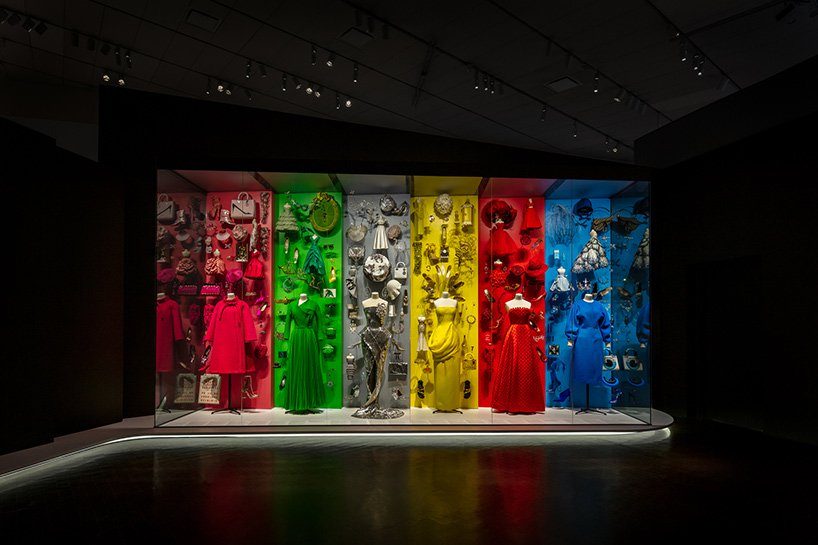 OMA / shohei shigematsu designed an exhibition exploring the history and founding principles of the dior fashion house at the denver art museum. on view through march 3 2019, dior: from paris to the world features over 200 couture garments, artworks and artifacts, accessories, jewelry, photographs, sketches, videos, and other archival material. OMA’s design responds to the contemporary context of the denver art museum’s hamilton building, taking cues from its titanium cladding, while contrasting the stark, industrial quality by shaping the material into organic forms.