the exhibition offers a comprehensive survey of conceptual art in late and post-soviet russia for the first time which is still only little known in the west. moscow conceptualism already emerged in the soviet underground in the late 1960s, its performances, installations, and texts reflecting the existential experience of being part of a political concept. since the world of art was subject to strict ideological censorship in the soviet union, the moscow conceptualists’ activities turned political and critical because they claimed the privilege of interpretation reserved to the communist party alone. presenting artists like erik bulatov, ilya kabakov, komar/melamid, alexander kosolapov,igor makarevich/jelena jelagina, andrej monastyrskij, boris mikhailov, dmitri prigov, leonid sokov, and vadim zakharov, the exhibition connects with the schirn’s show ‘dream factory communism’ dedicated to the world of soviet art under stalin’s regime. 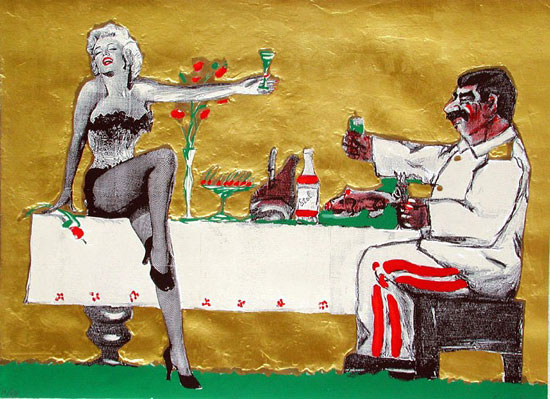 ‘marilyn and joseph at the table’ by leonid sokov, 1992 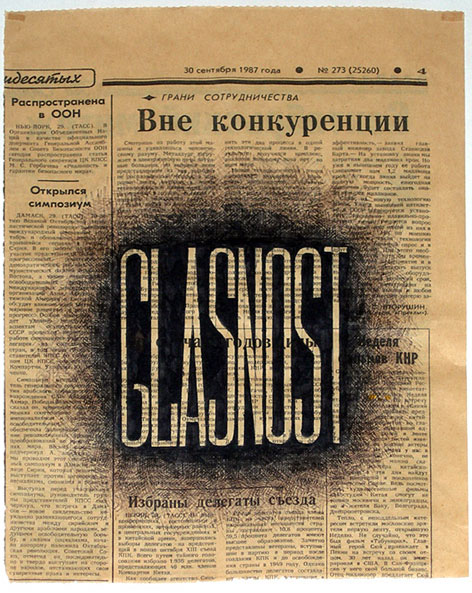 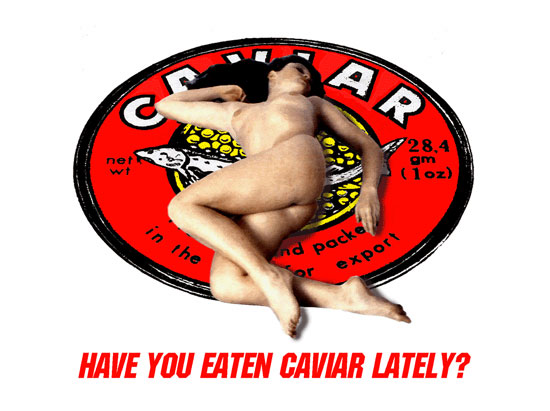 ‘have you eaten caviar lately?’ by alexander kosolapov, 1989