the limited edition toyota ‘aygo manga’ styled comic by artist sonia leong, follows the heroine and her aygo car as they save the city from a rampaging dinosaur. the adventure is adapted into an animated film to pay homage to the influences of the automotive company’s design team and most notably their chief designer, david terai – a self-confessed devotee of the classic astro boy character.

the artist who created the work and the story of how the aygo matches the destructive reptile, is UK-based and sweatdrop studios collective member, sonia leong. she specializes in anime as well as manga, and has produced numerous books including the multi-award winning interpretation of romeo and juliet. 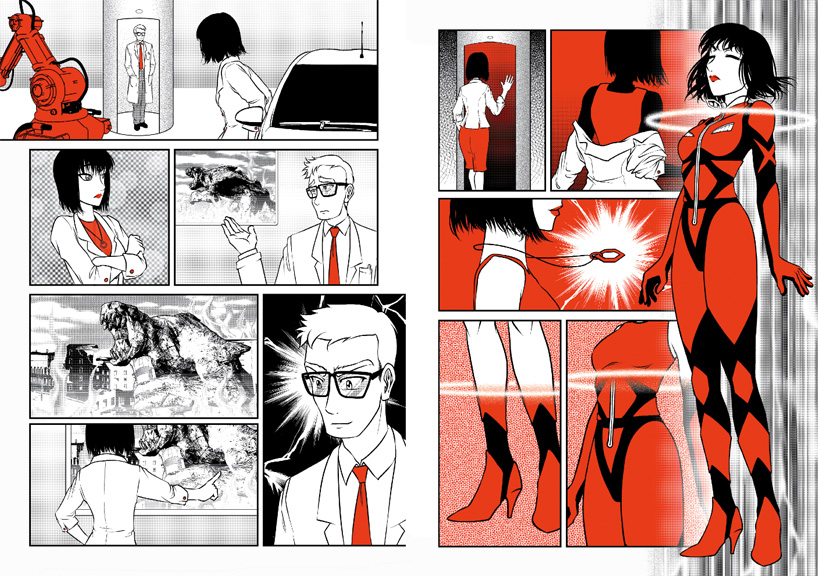 the heroine leaves work, goes to her mission-control and prepares for her task 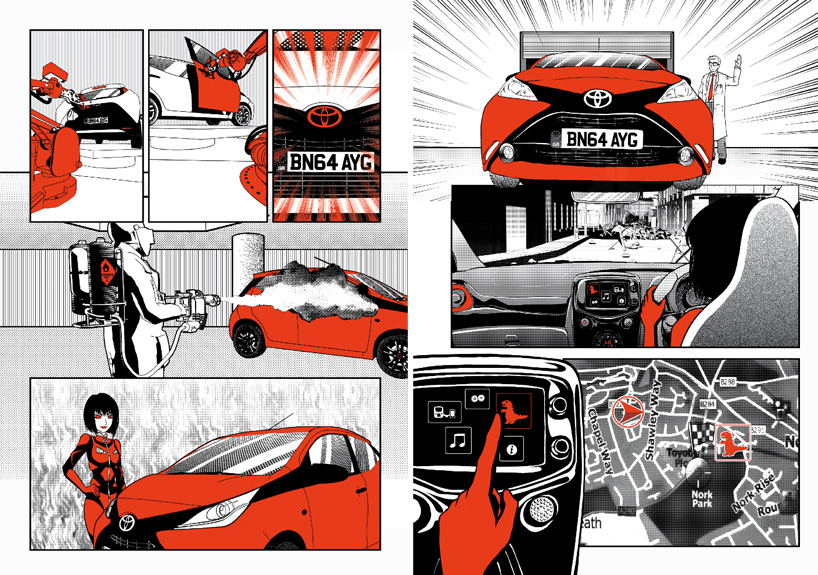 the toyota aygo is built to withstand the mission’s tests 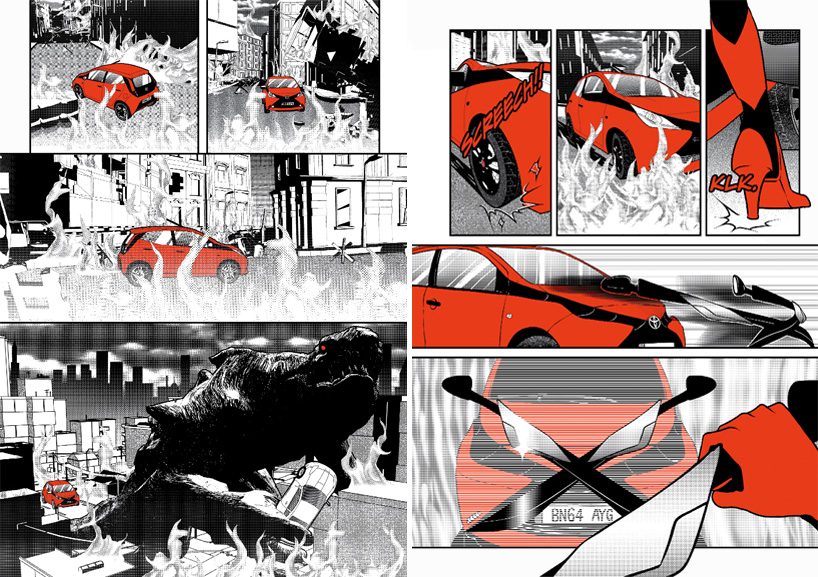 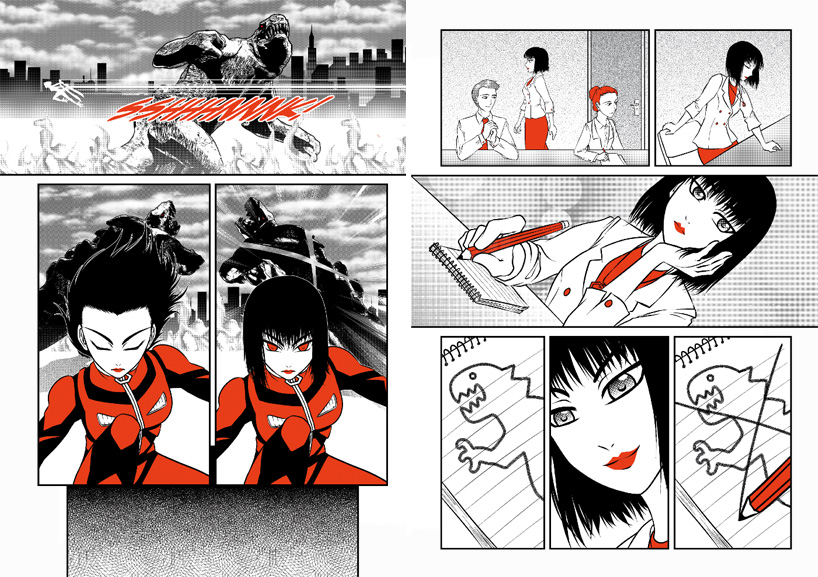