in response to the cold, dark norwegian winters — when some areas of the scandinavian country lack natural light for as long as three months — designers lisa pacini and christine istad envisioned a creative project that would restore illumination to the darkened domain. ‘sun’ is a circular light sculpture, three meters in diameter, whose glowing chroma slowly variates between a rich scope of warm colors, mimicking the golden sunlight at daytime and deep blush hues as it sets. the duo crafted the fixture from LED lights, and its construction allows for it to be free-standing on a base, or to be hung as an art installation on the facade of a building. transporting the luminous shape by cruise ship and pickup truck, the team weaved around norway’s lightless towns, acting as stand-in for the missing sun. the journey has just stretched to the UK, where the lucent round structure became the focal point of the 100% norway show opening for london design week on september 19th. 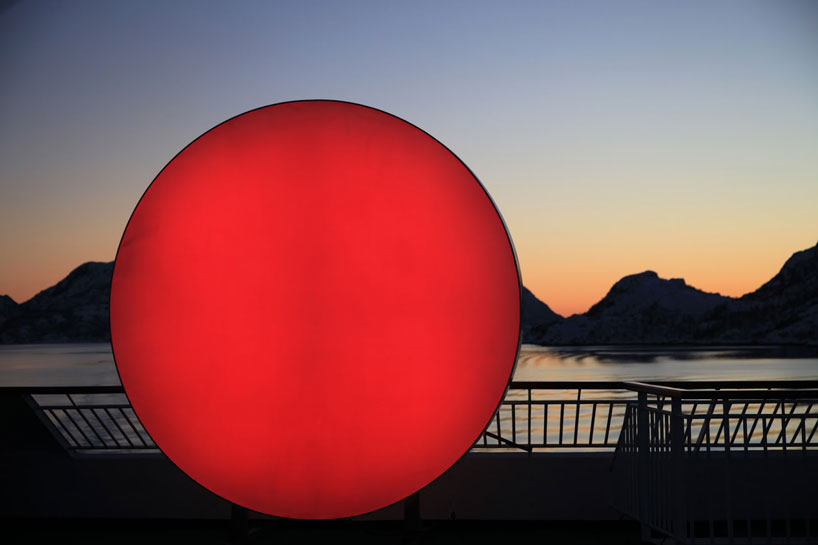 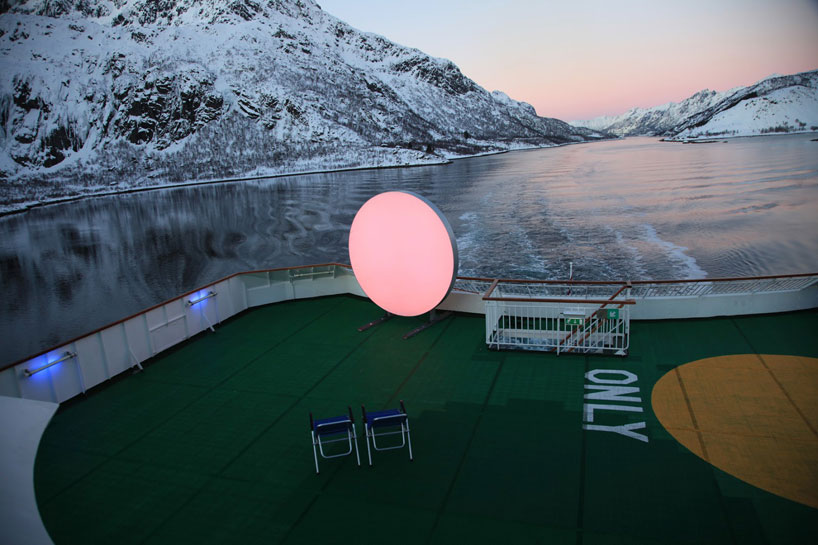 the sun on a journey aboard the hurtigruten 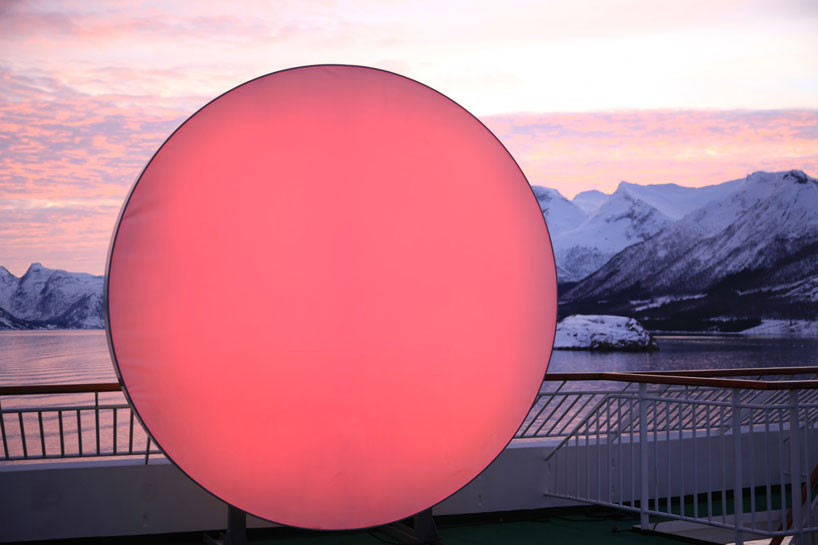 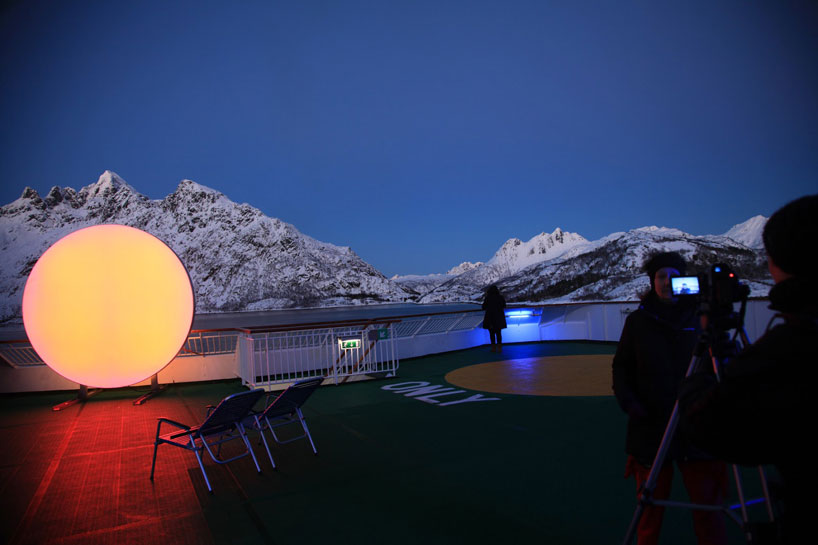 transporting the luminous shape by cruise ship along the norwegian coast 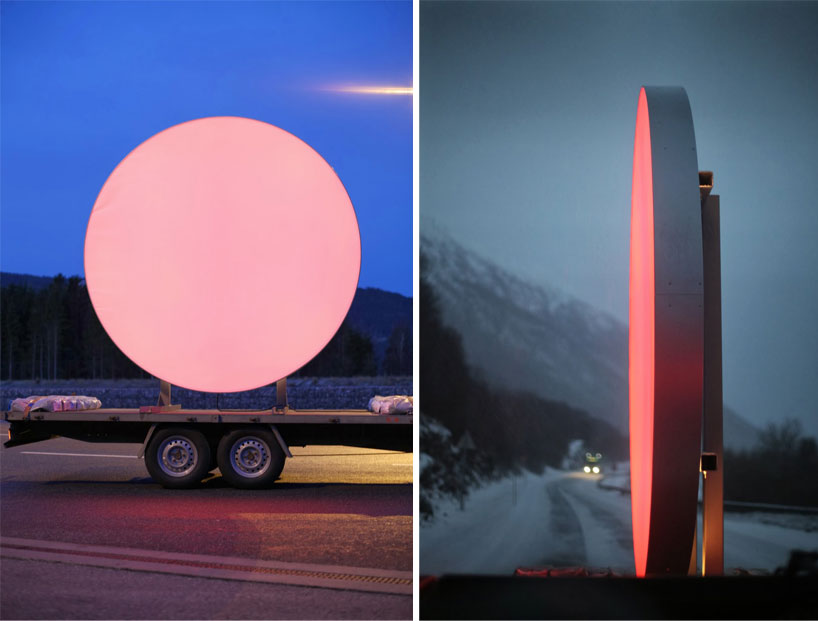 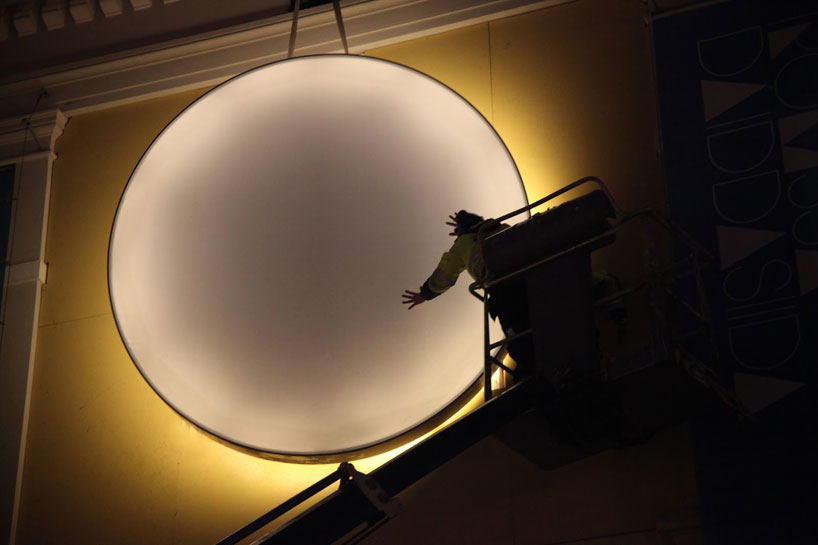 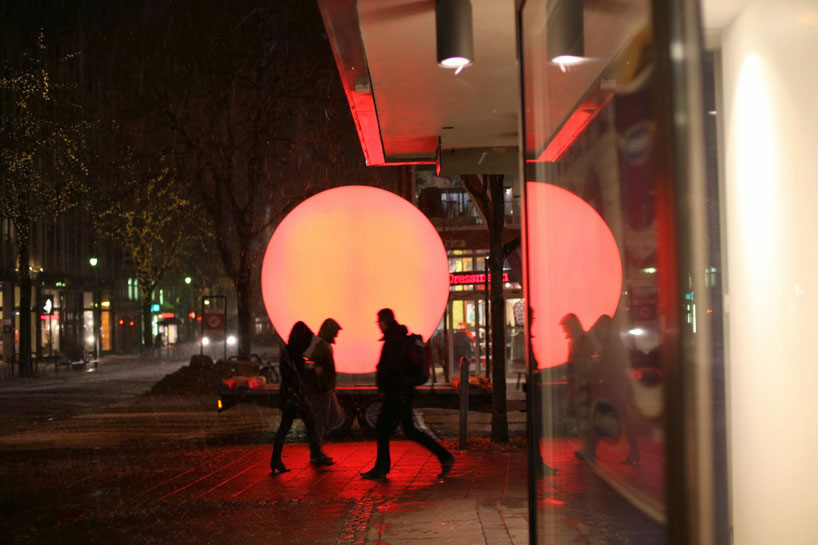 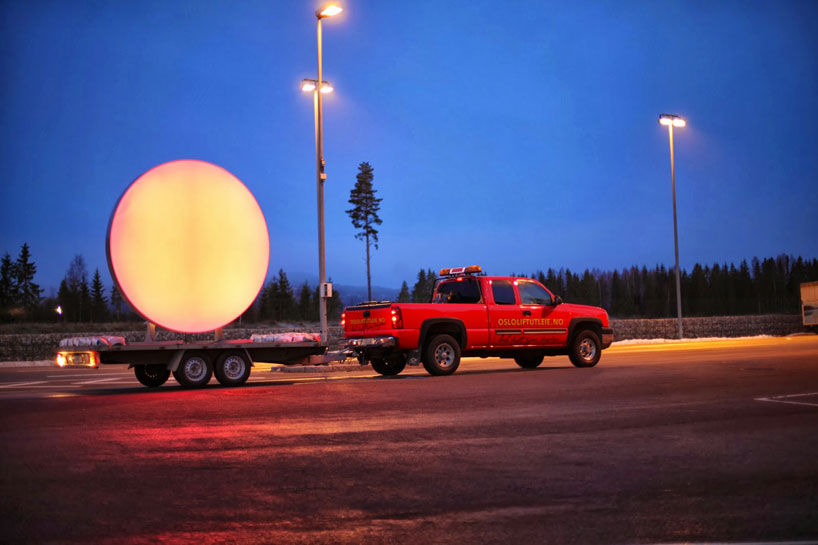 on a road trip through the norwegian countryside 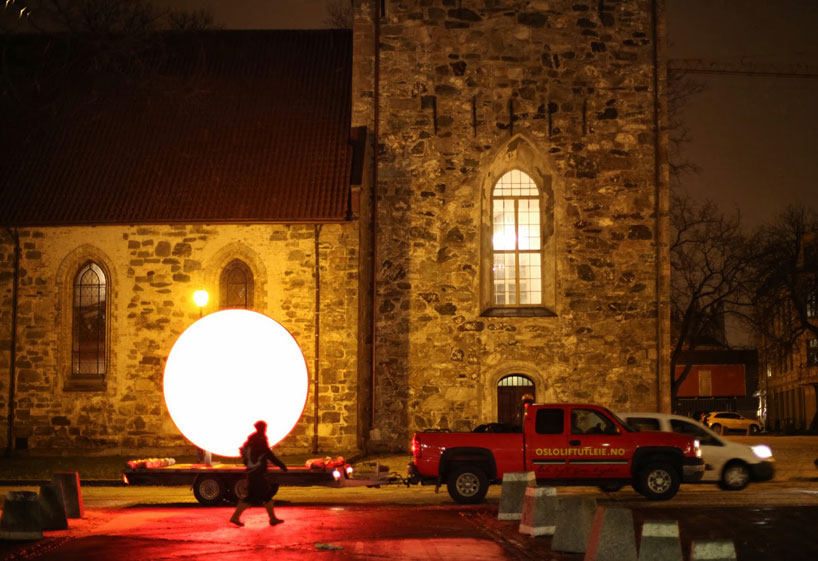 stopping in different locales along the way, the LED light acts as a stand-in sunl for dark winters 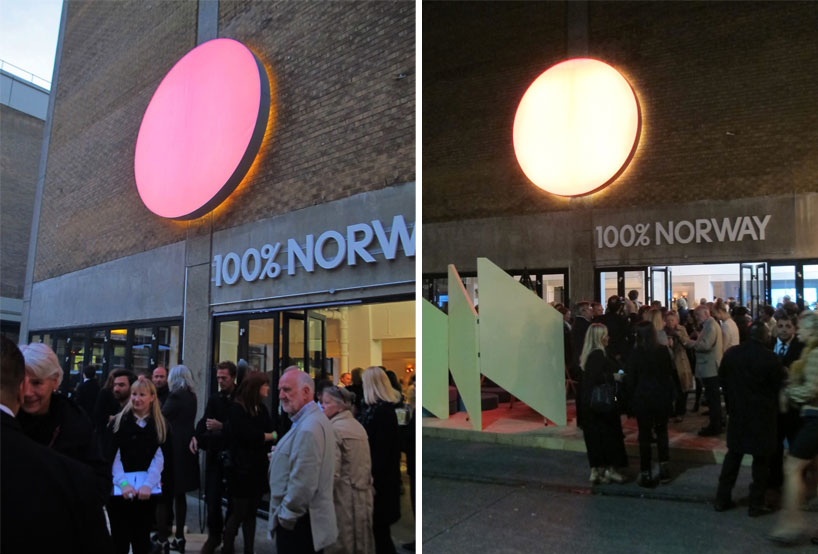