studio drift has designed an interactive light play for ‘tree of ténéré’ — a large-scale LED artwork conceived and created by zachary smith for burning man 2017. the project alludes to the ‘tree of ténéré’ located in the sahara desert in africa — known as the loneliest tree in the world before it was destroyed by a drunk driver 50 years ago. 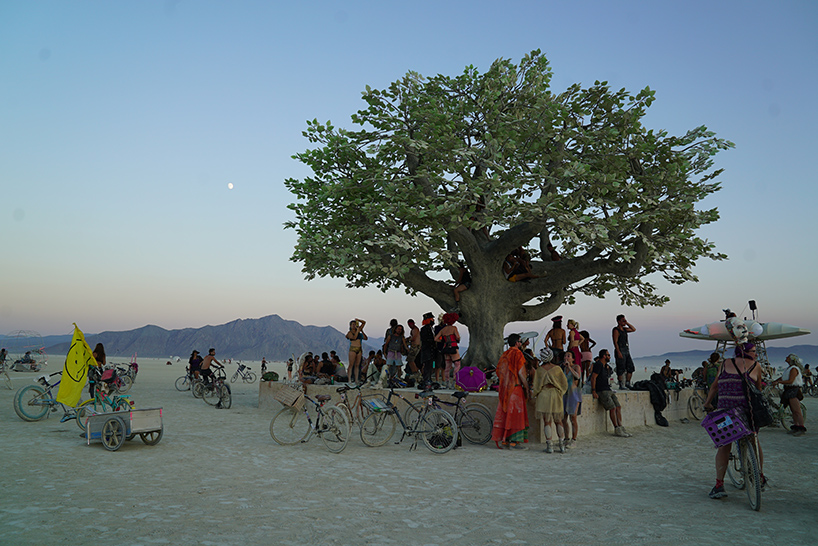 studio drift was asked by a group of tech visionaries from around the world to illuminate ‘tree of ténéré’: ‘the strongest symbol of life’. ‘tree of ténéré’ co-lead artist alexander green and symmetry labs led production and mapping. co-lead artist mark c. slee led the creation of open-source animation software and content for the tree, which features more than 30 distinct interactive lighting routines. co-creator patrick deegan managed sensor interactivity and technical community. the tree functions as a 3-dimensional, climbable canvas where each leaf is illuminated, and 100,000 LEDs are programmed to interact with the crowd. 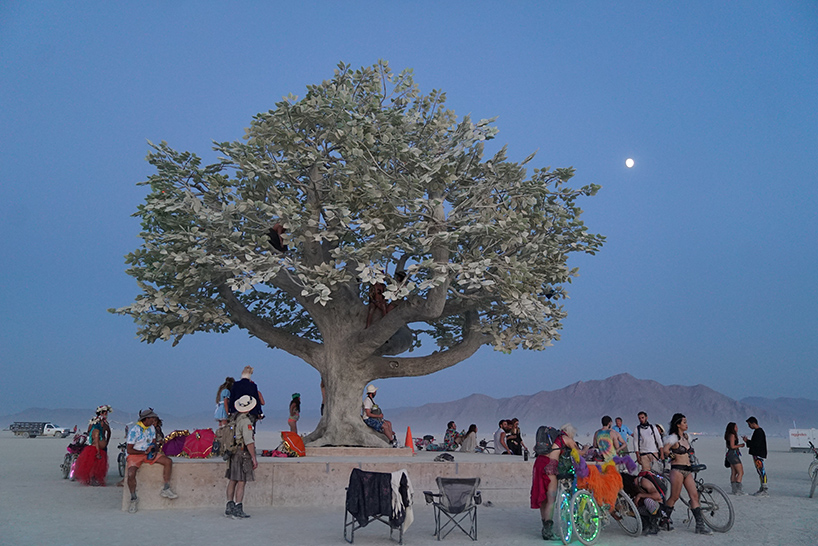 studio drift programmed the tree’s light patterns to mimic a swarm of birds reacting to an environment. the algorithm, which was also used for its 2007 project ‘flylight’, creates a series of ‘light flocks’ which fly through the leaves. 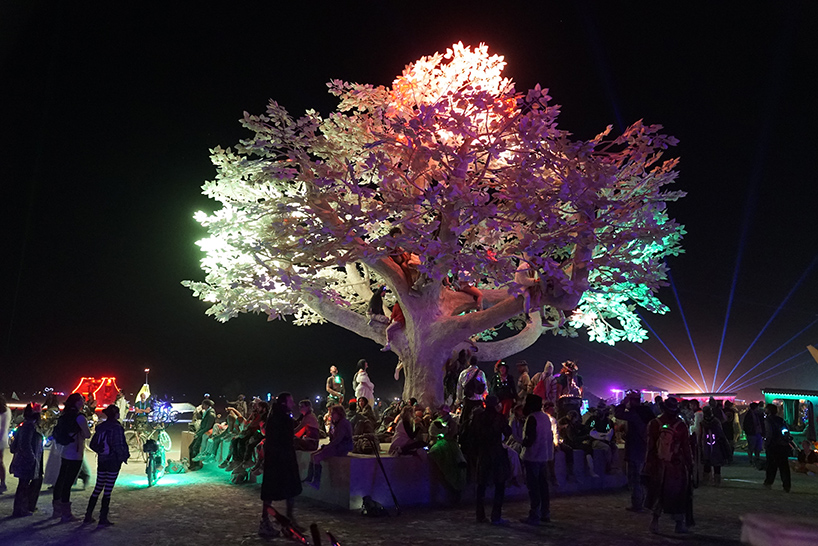 each leaf houses 7 LED lights with a total of 175,000 programmed LEDs on the entire tree 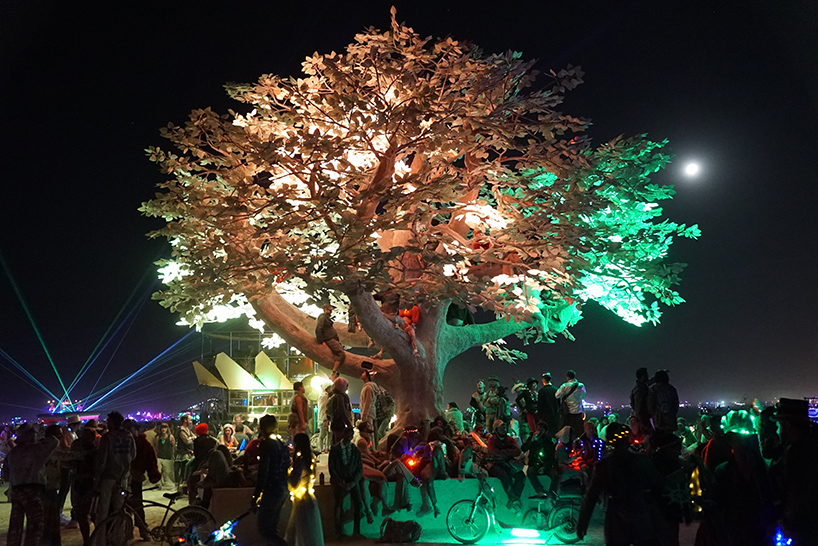 the tree is ‘alive’, reacting to the heartbeats and dance movements of those wearing the control headsets 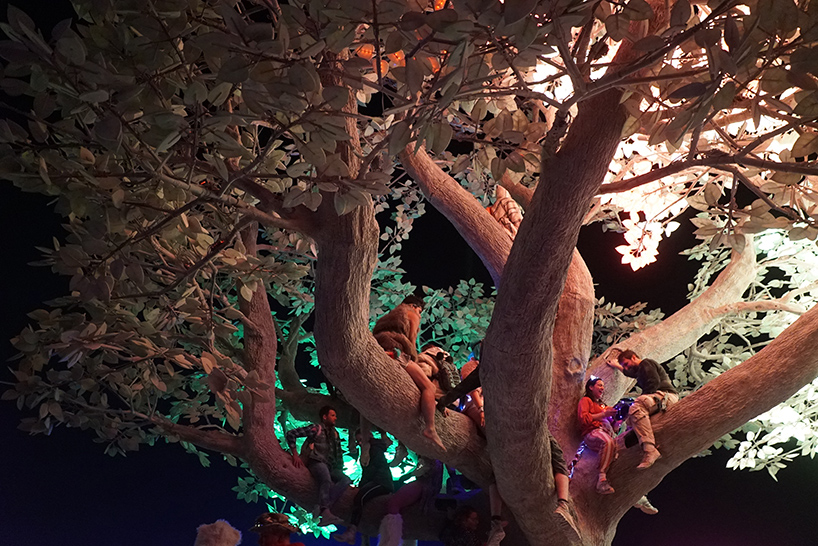 the tree is climbable, which allows people to interact with the installation and observe the LED leaves from up close 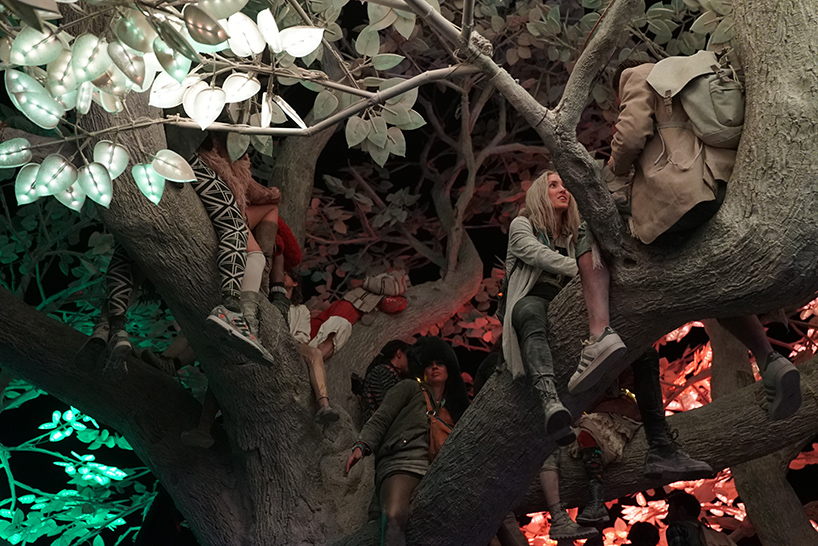 the lighting conditions change throughout the night 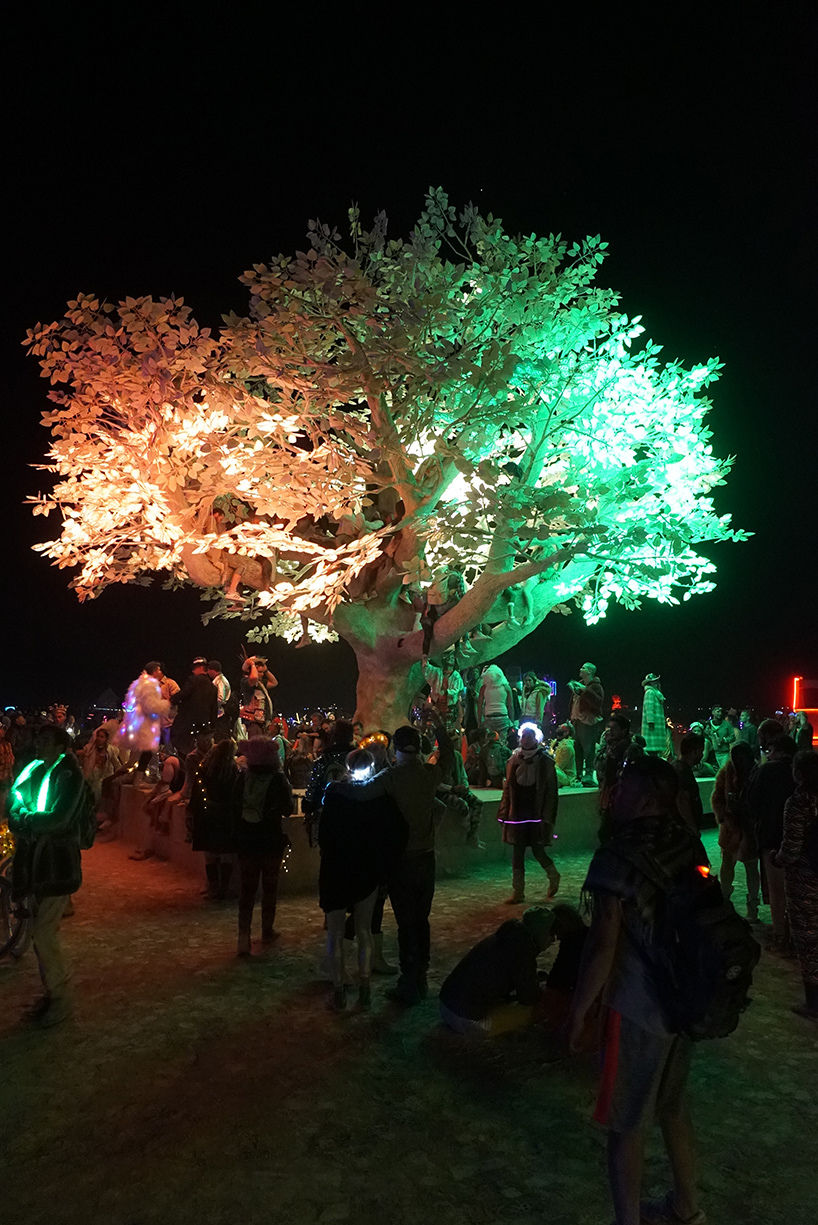 the colorful light flocks synchronize to the heartbeats, dance movements and rhythms of the festival 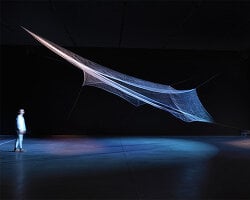