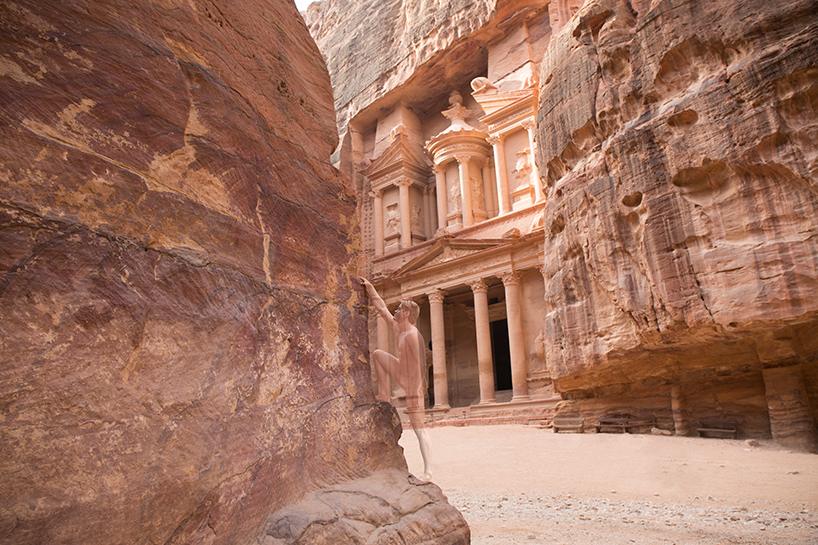 for the series ‘lost in wonder’, new york based artist trina merry travelled to some of the most magnificent architectural landmarks created by humankind — the wonders of the world. in the midst of selfie stick-wielding travelers, merry examines the impact of western tourism on these fragile and sacred spaces, and the way human memory making has changed their appearance and role. she and her model traveled to each site to observe the architecture, decay and energy of the people, alongside the effects of tourism on the sites. finally, merry returned with her subject to create the work over a period of 1-3 hours onsite, establishing and giving energy to each ‘wonderful’ place.

set at the colosseum in rome, this image explores the history of the roman gladiator games and contrasts that with contemporary politics. merry had her subject pose in front of the colosseum in an the emperor’s pose to kill a wounded gladiator. 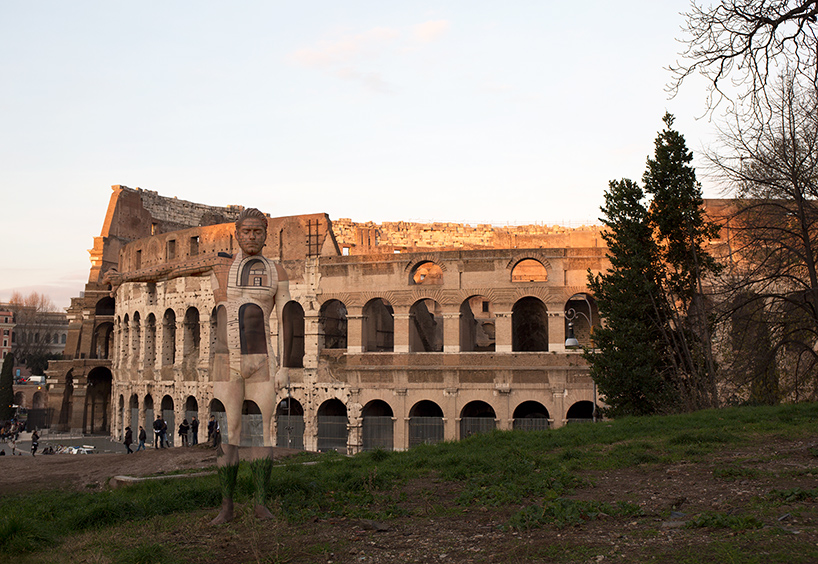 this image set at stonehenge explores the decaying impact humans have on the stonehenge through graffiti and misuse. merry examines the conflict between an ancient site within its contemporary setting which suffers decay as it distances itself from practical use. 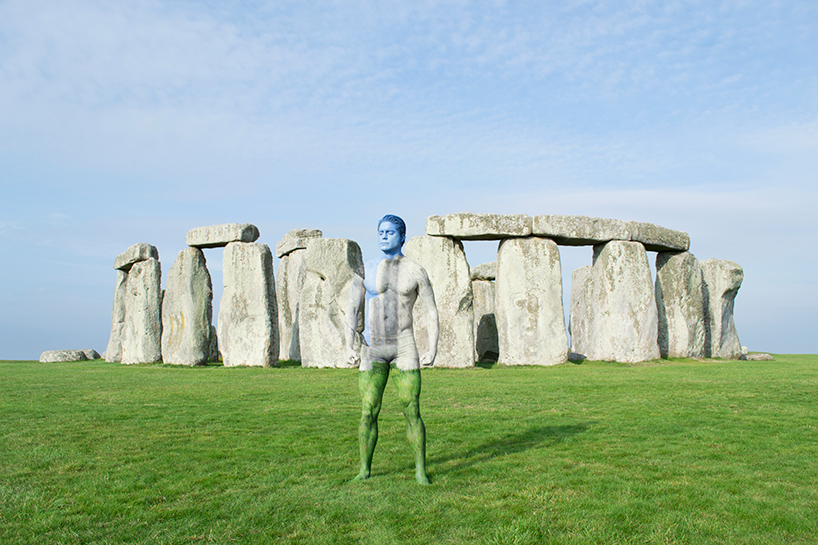 set at chichen itza, the image touches on the separation people experience from worshiping at these ancient mayan prayer sites. merry had her subject pose alongside the pyramid in a mayan prayer pose suggested by their tour guide. 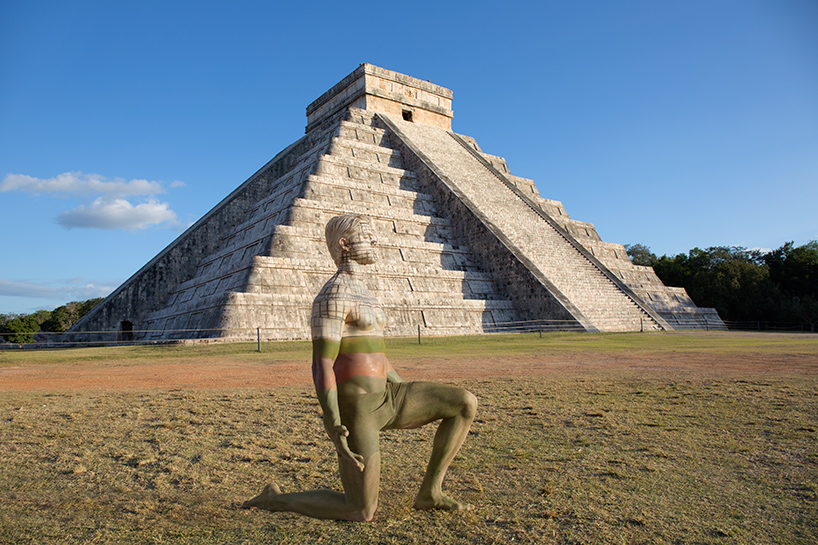 set at machu picchu, this work provides a meditative distance from the mountain and site of machu picchu which had a thriving indigenous population and industry. exploring issues of western tourism and conquest, this work examines the decaying impact humans are having on the machu picchu through graffiti and misuse.  merry had her subject rested in an incan warrior seated pose, suggested by their tour guide. 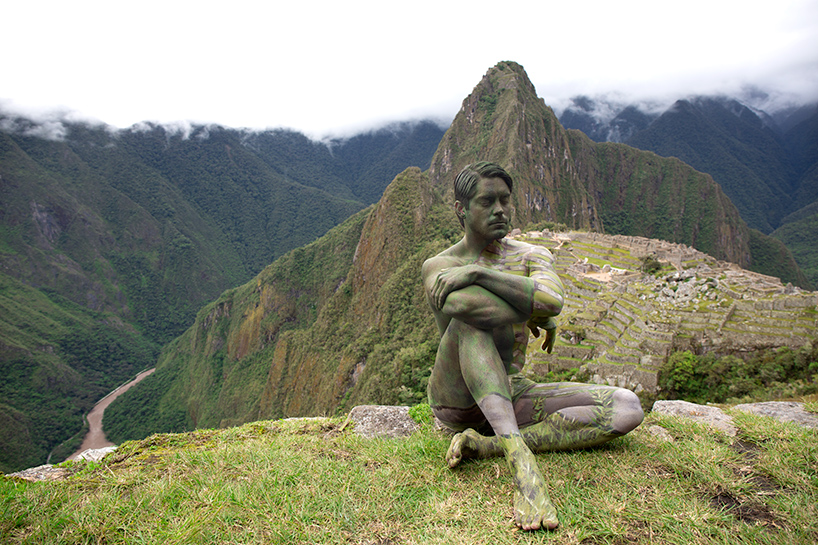 the image staged at the great wall of china explores issues of western tourism within the historical context of conquest and absence. merry had her subject pose — fully painted — in a classical kung fu pose. 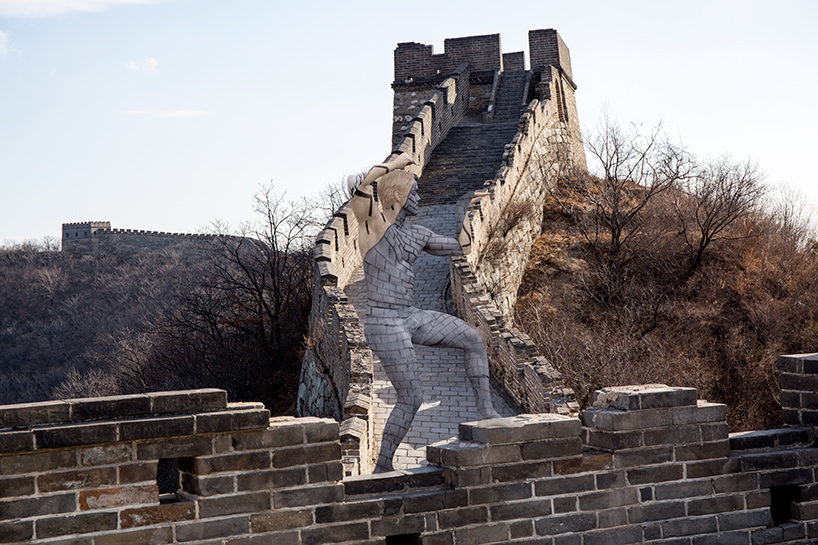 the pyramids of giza image investigates the context of egyptian politics and ancient history. the fully painted subject is posed in front of the giza pyramids in a classical posture borrowed from a statue at the egyptian museum of art. 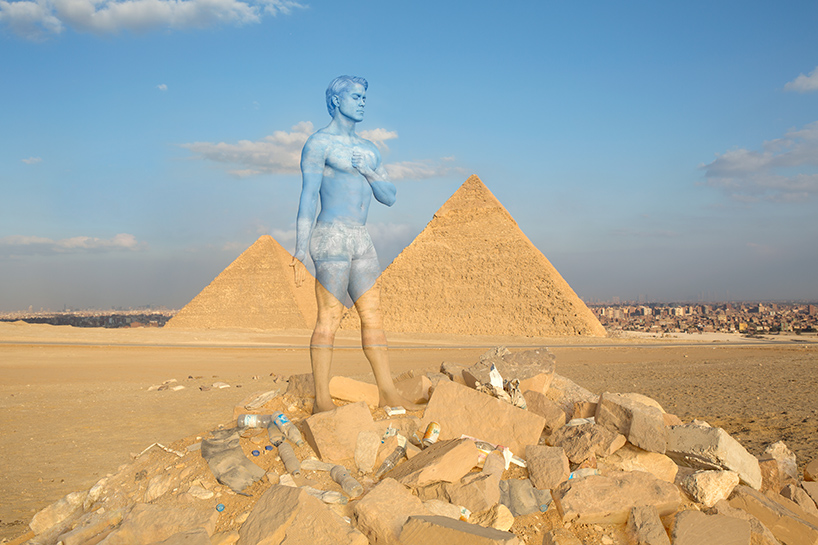 set at easter island, these three works examine the effects of western tourism and the island’s contemporary melange with chile, where the rapa nui culture and the moai’s ancestral connection threaten to disappear. merry had her subject pose in a variety of rapa nui warrior dance poses disappearing into the moai. in a juxtaposition between contemporary and indigenous uses of body art, merry was joined by a native rapa nui artist sebastian aguila, who painted an indigenous dancer in pigments mixed from the earth in a traditional style. 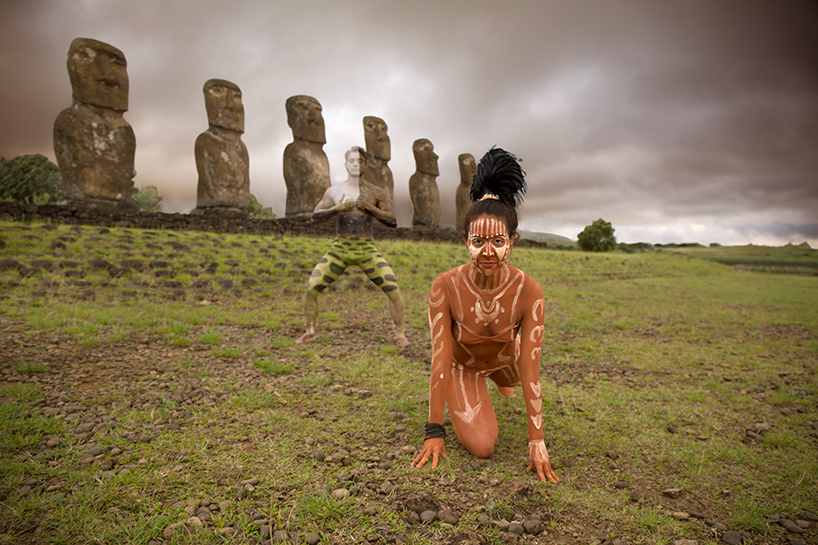 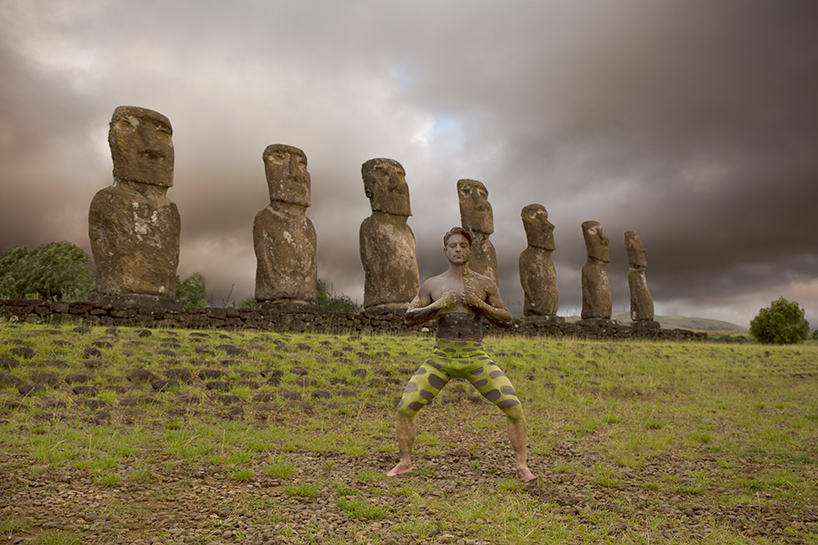 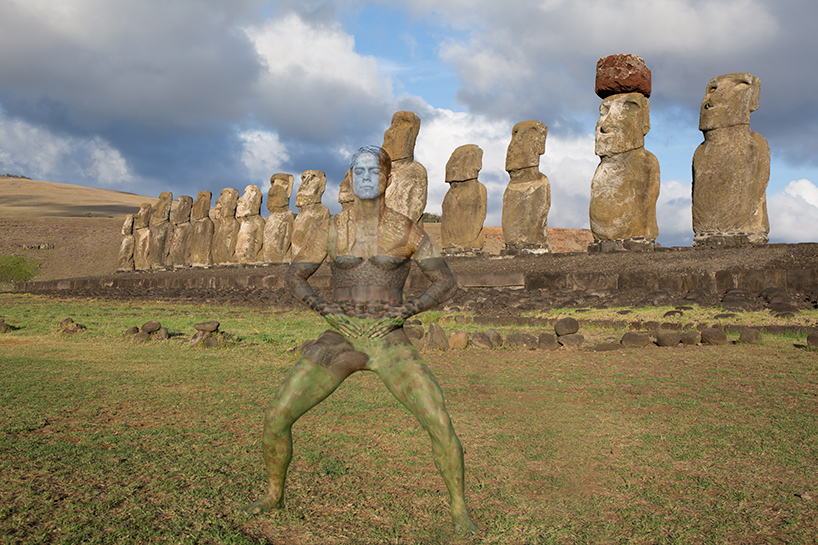