uniting food art and urban intervention, german artist, entertainer, and self-described ‘nonsense maker’ peter pink presents a humorous series of installations made from vegetables. sunglass-wearing spuds and cucumbers are positioned throughout various public spaces and venues, necessitating an audience reaction. the staged veggies, all outfitted in hot-pink sunglasses, participate in a spectrum of circumstances — some taking the sun, rallying in a protest, and fighting with gourds. the setups communicate pink’s opinions about consumerism and policy, while others document culturally significant historical events. in one series, the cucumbers are amassed to resemble an army assembly – another depicts the crucifixion. the physical characteristics of the edibles, such as their texture, contour, and color act as a human personality allowing them distinctive attributes and an anthropological quality. an intriguing aspect of the project for pink is its ephemeral nature — food is alive, its state is constantly and consistently changing, furthering its relationship to humanity. a group of potatoes take the sun 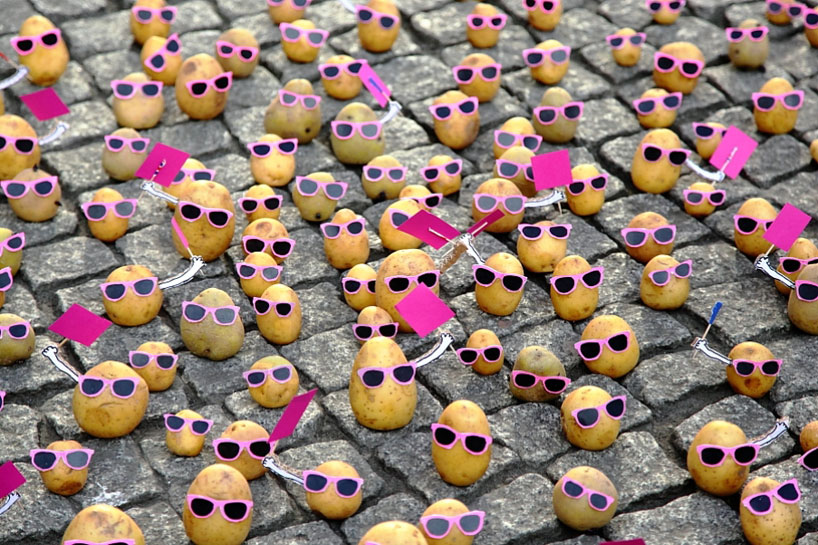 protesting potatoes rally on the street 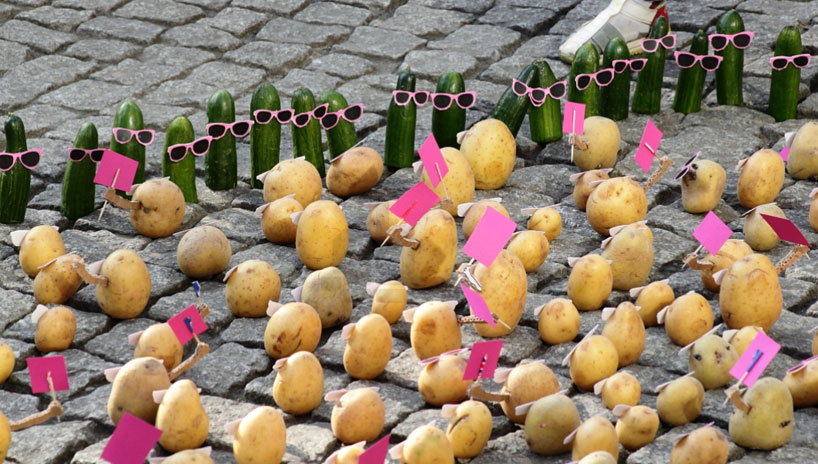 the cucumbers against the potatoes 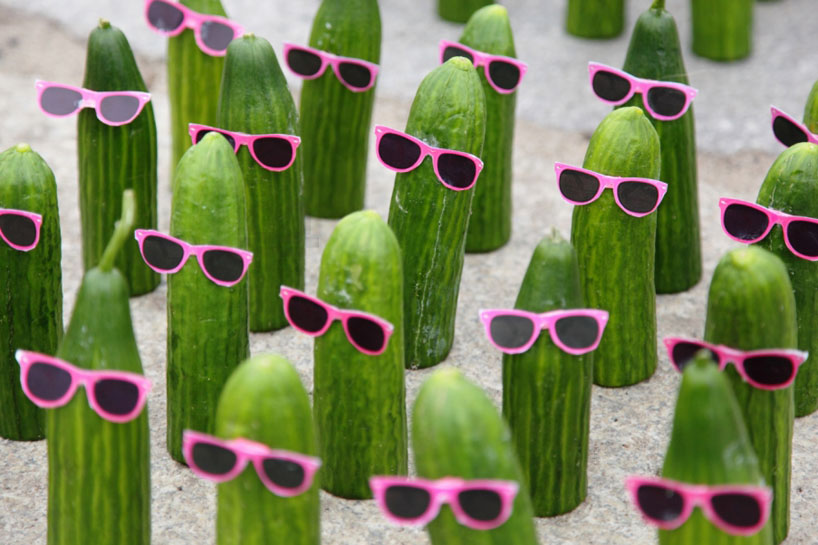 a detail of the gourds 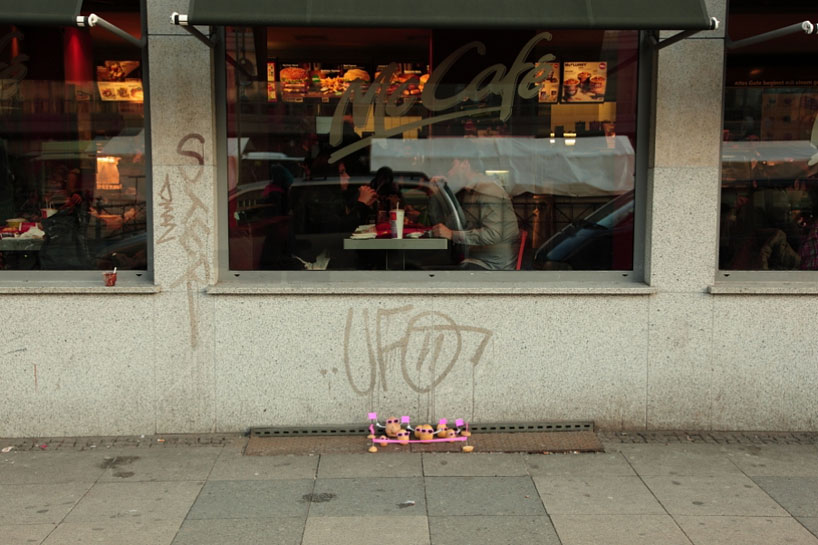 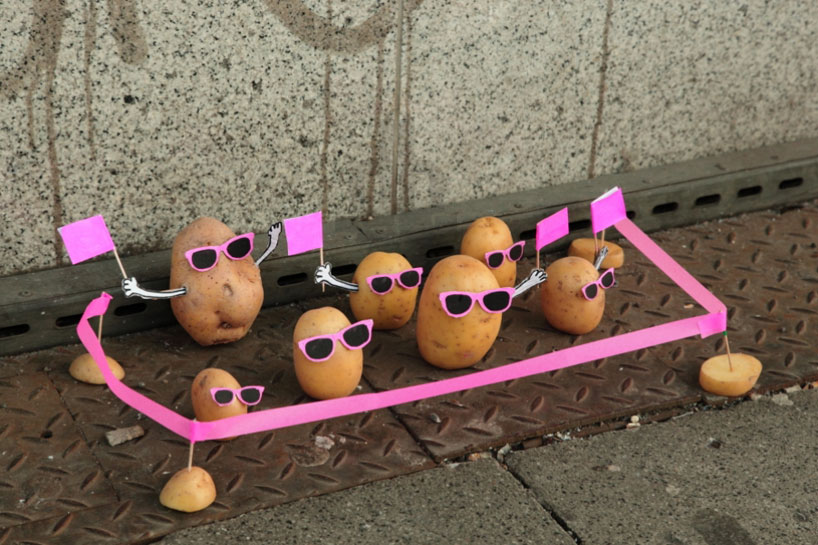 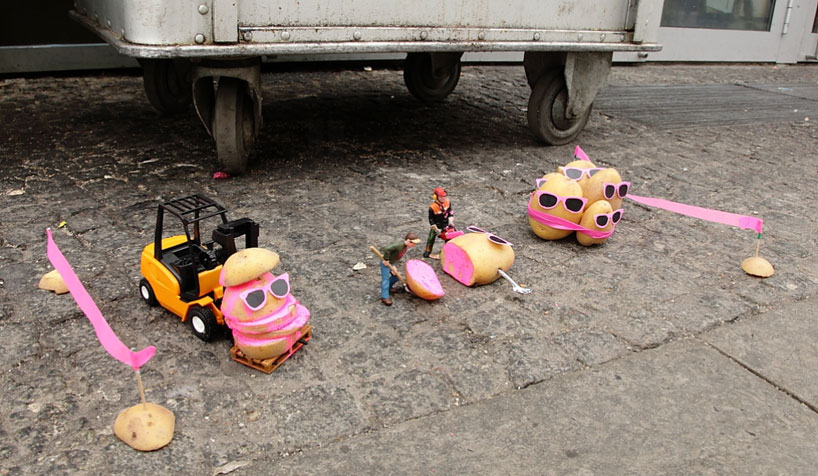 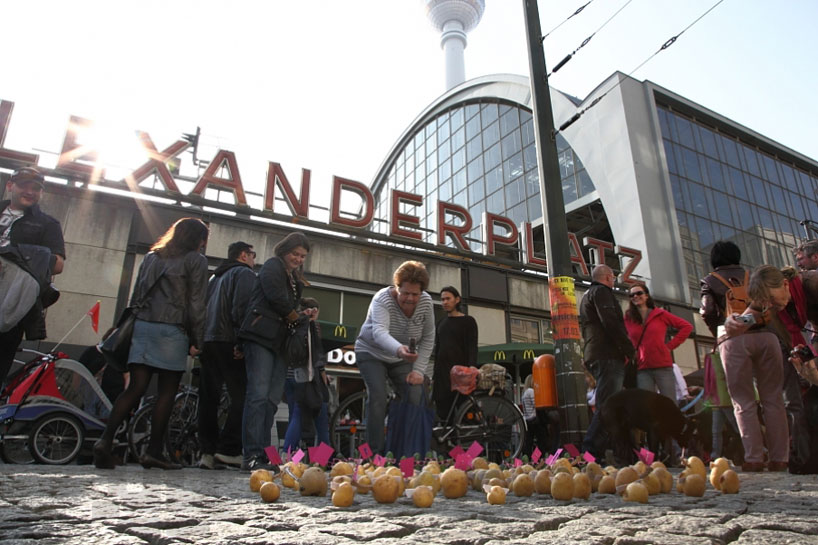 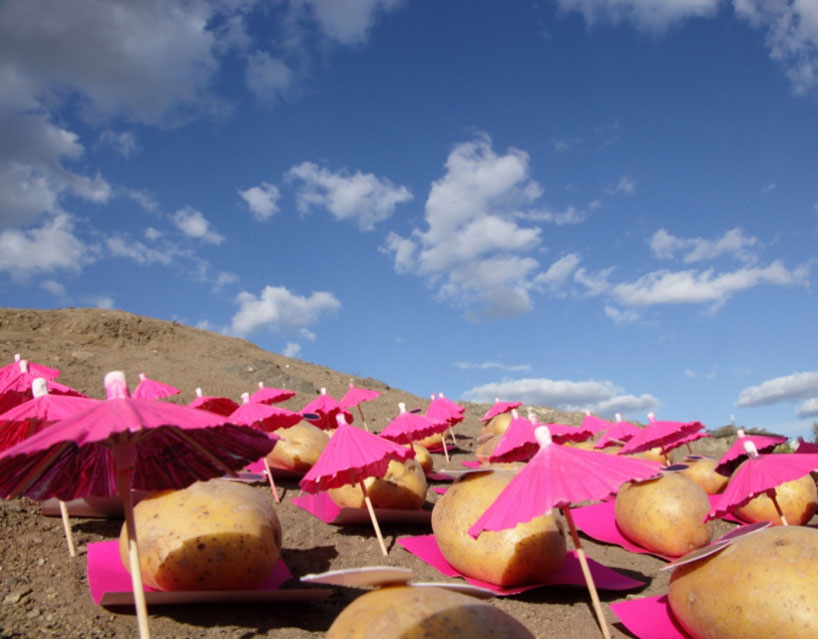 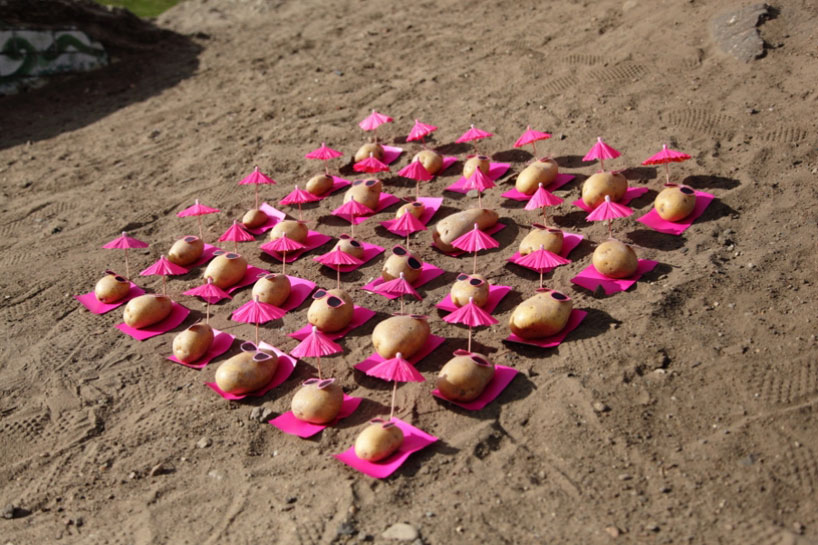 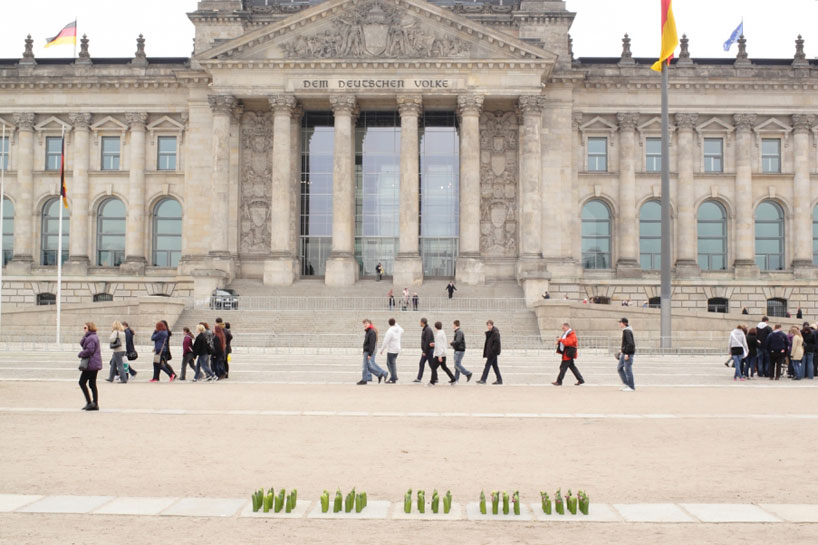 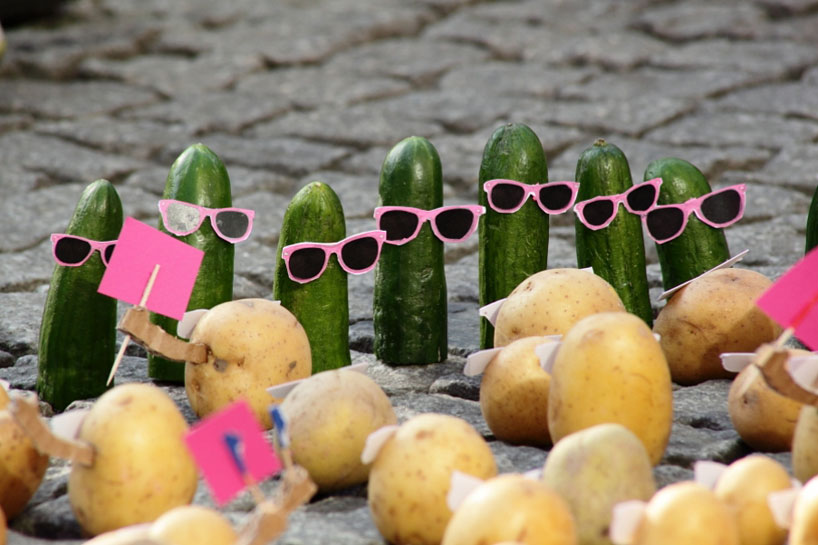