drawing from the perpetually revisited myth of zeus and danae, an installation by vadim zakharov in the russian pavilion at the venice biennale 2013 uses consumable objects and the sequence of architectural spaces to make manifest underlying ideas about ‘rudeness, lust, narcissism, demagoguery, falsehood, banality, and greed, cynicism, robbery, speculation, wastefulness, gluttony, seduction, envy, and stupidity.’ the impregation of danae occurs when zeus appears to her as a golden shower after she is locked in a tower to prevent the professed death of her father. gender dynamics and the poetic cycle of gestation are reconstructed spatially with a total use of the pavilion– a first in the history of the building. aside from providing two viewing points, the division of lower and upper chambers implicates the viewer directly in the materialization of the myth. through a large aperture in the floor a women-only space is laden with golden coins and fitted with umbrellas to shield the mechanical fall of the symbolic objects. 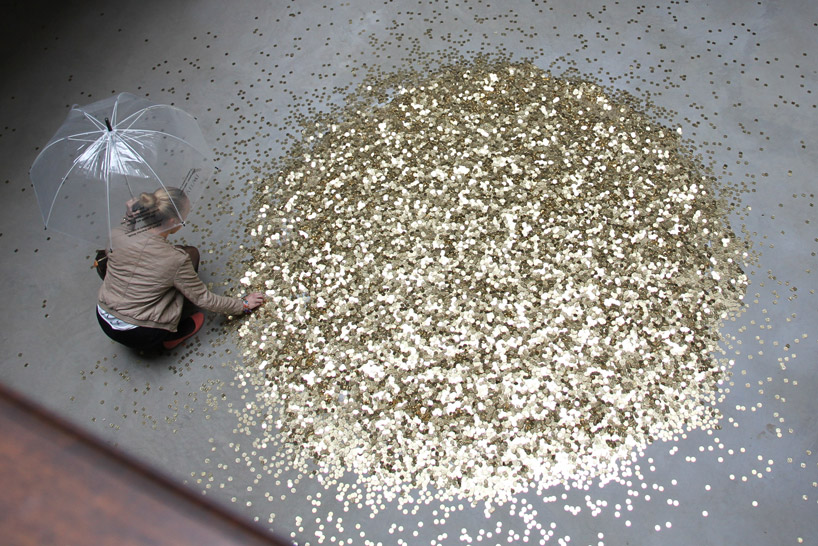 the myth’s allegorical dimensions are explored in a lower chamber of the pavilion, additionally representing danae’s womb 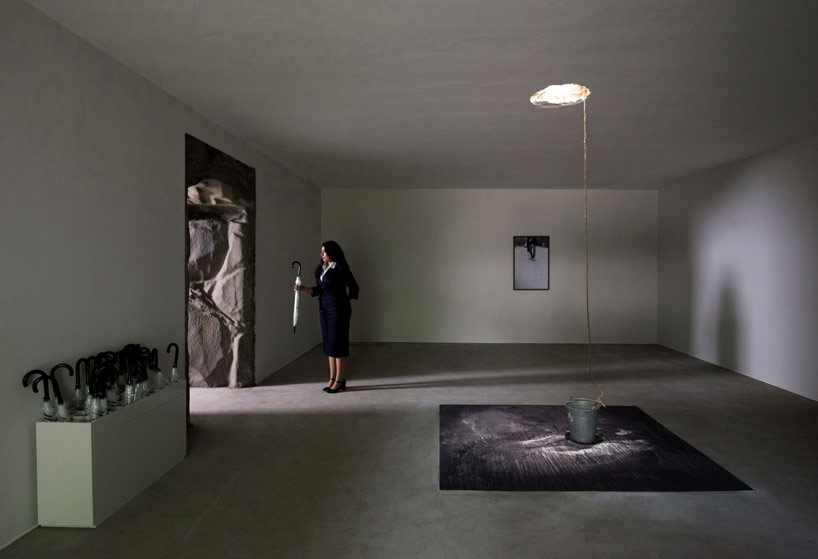 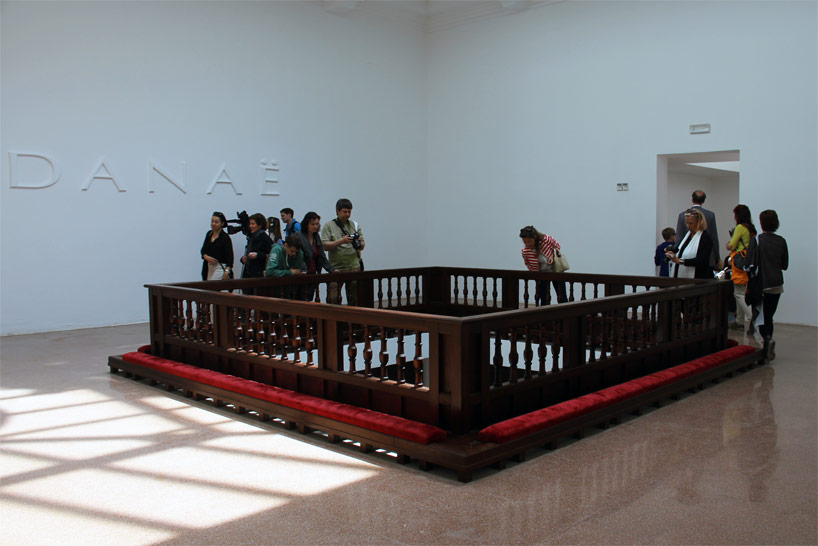 the pavilion, used in its entirety for the first time, implicates the viewer directly image © designboom 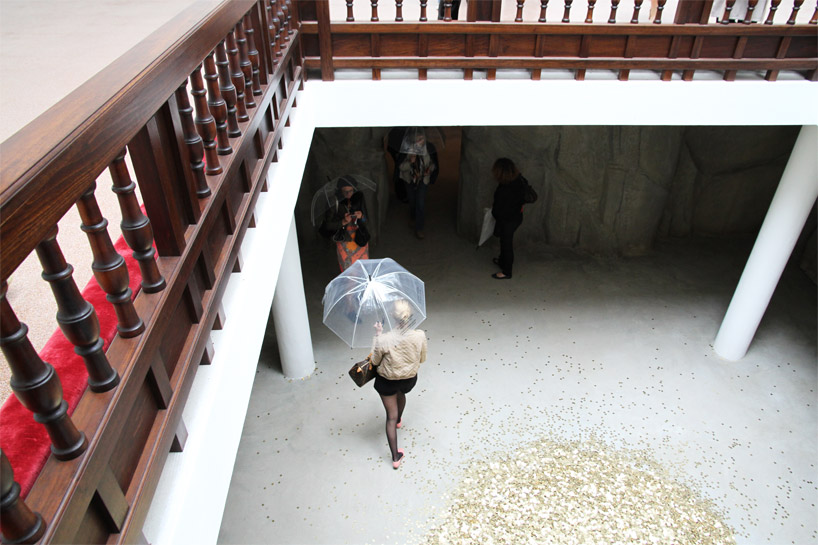 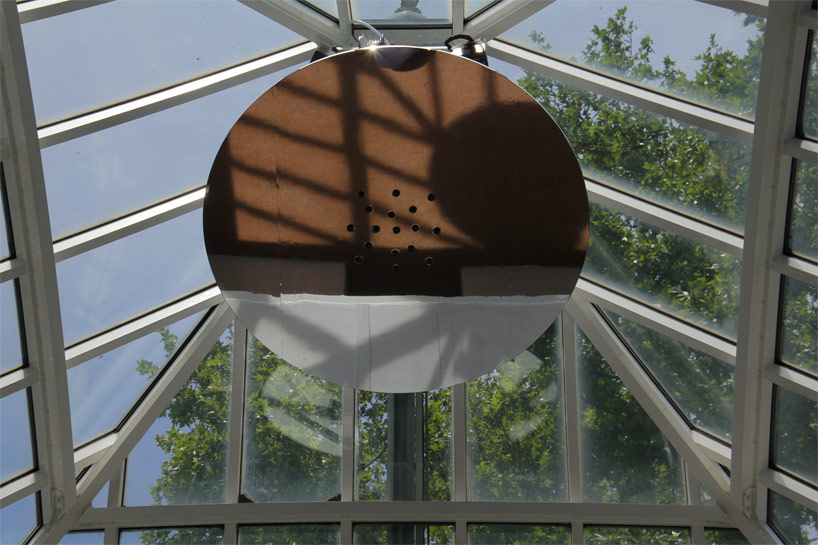 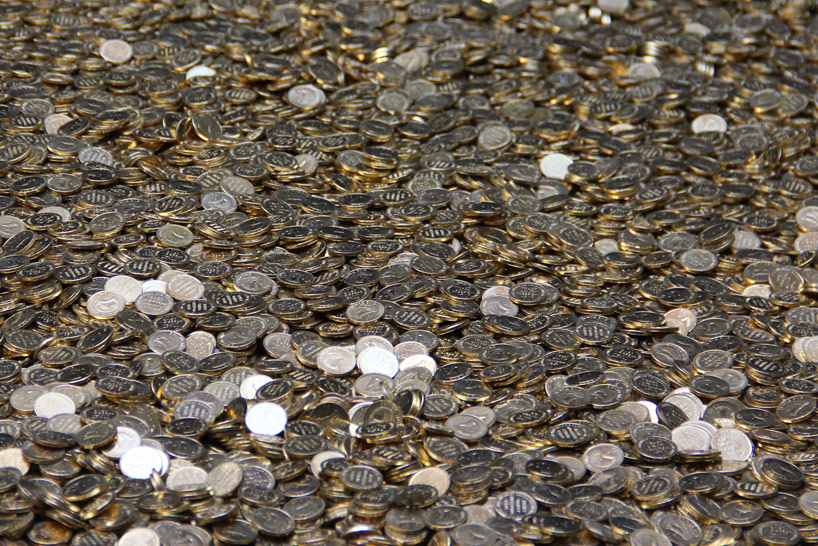 detail of the objects of greed and proliferation image © designboom 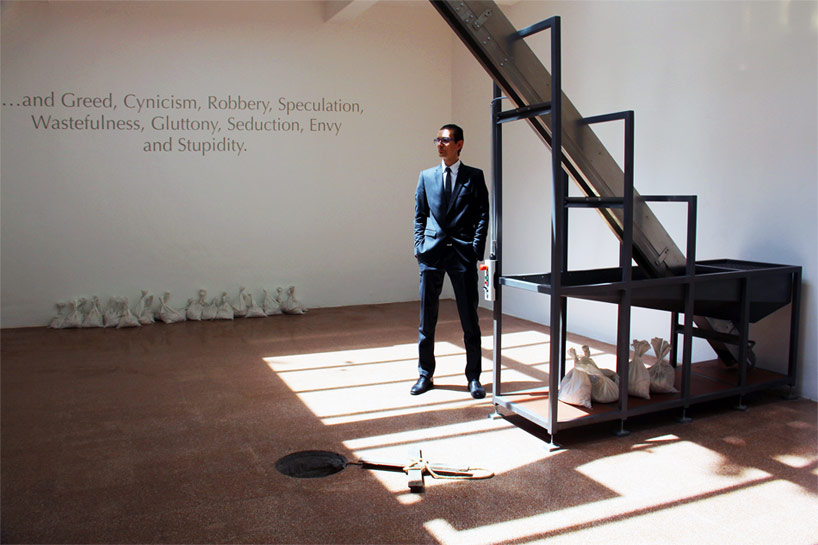 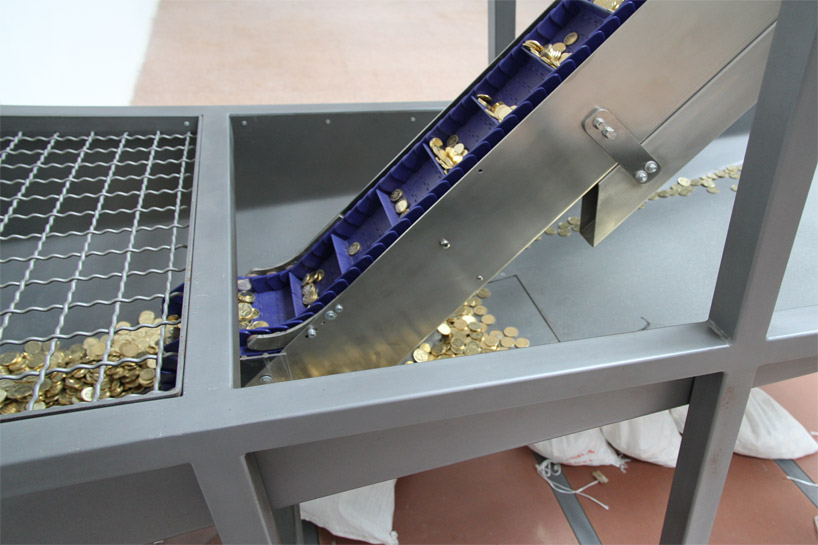 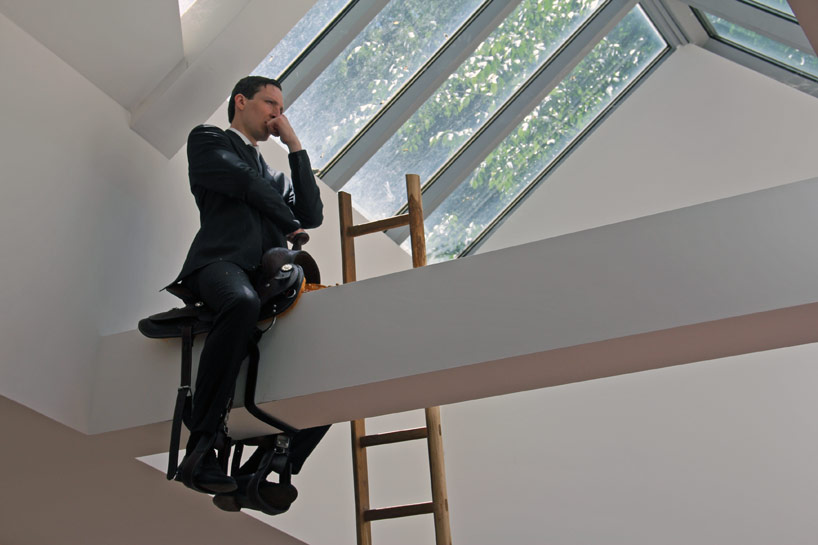 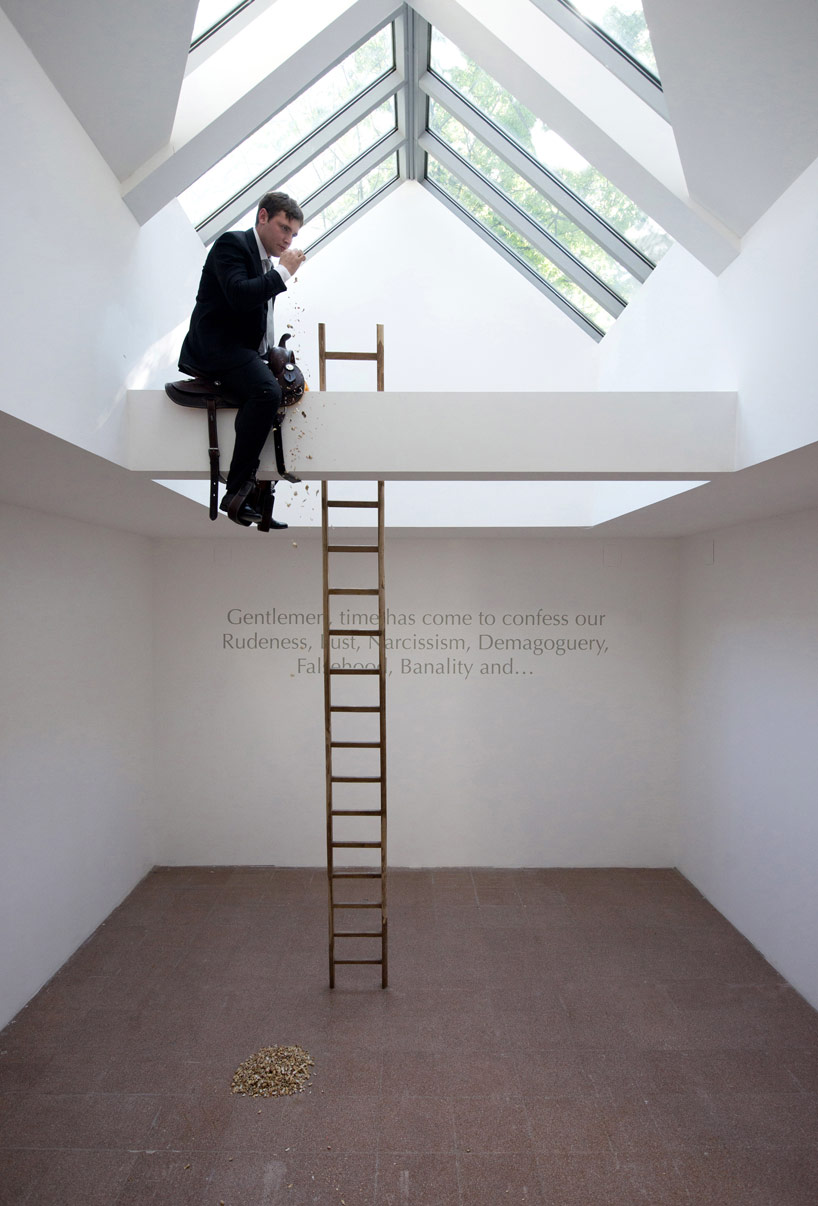 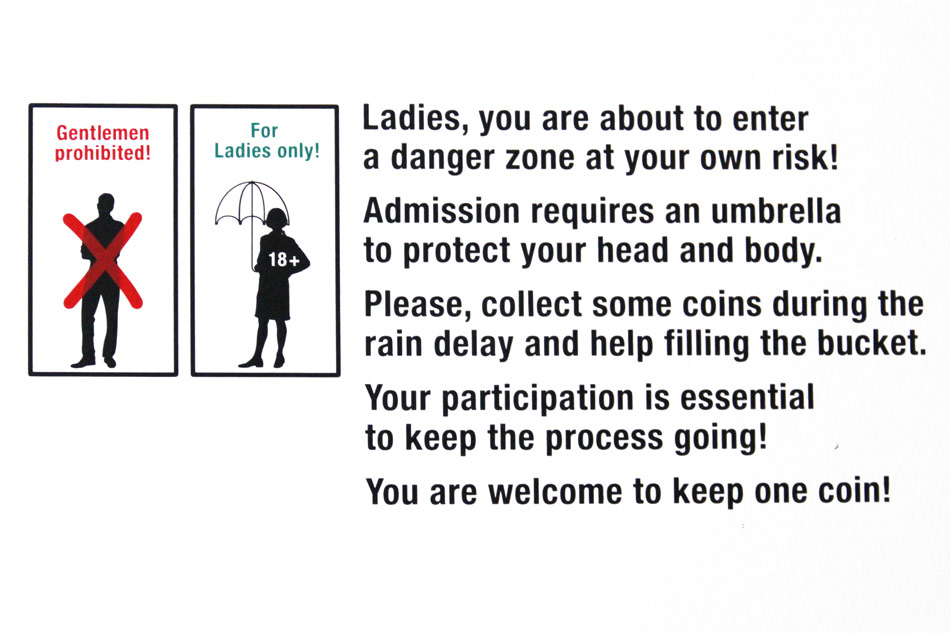 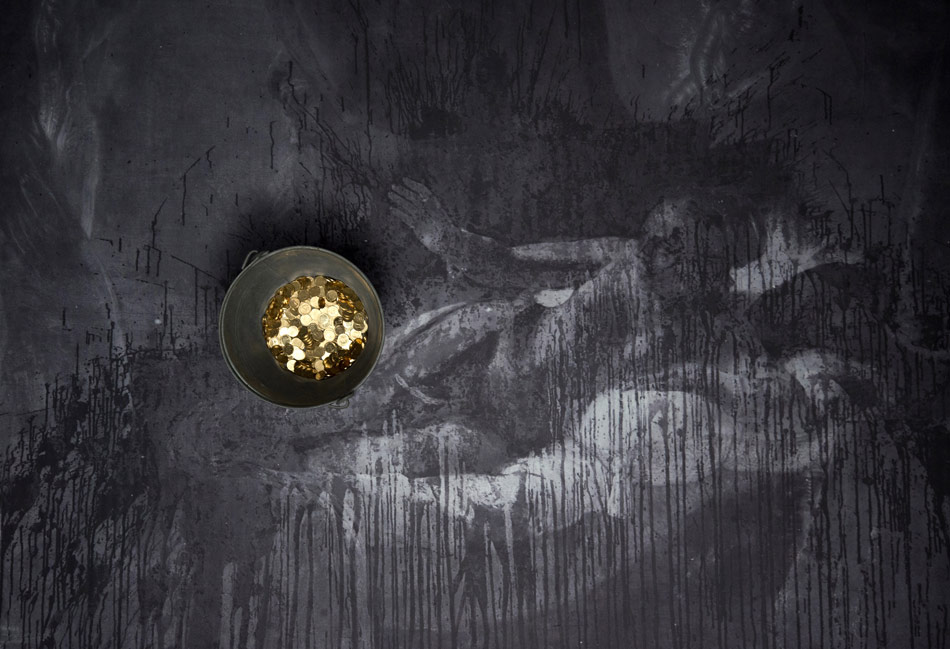 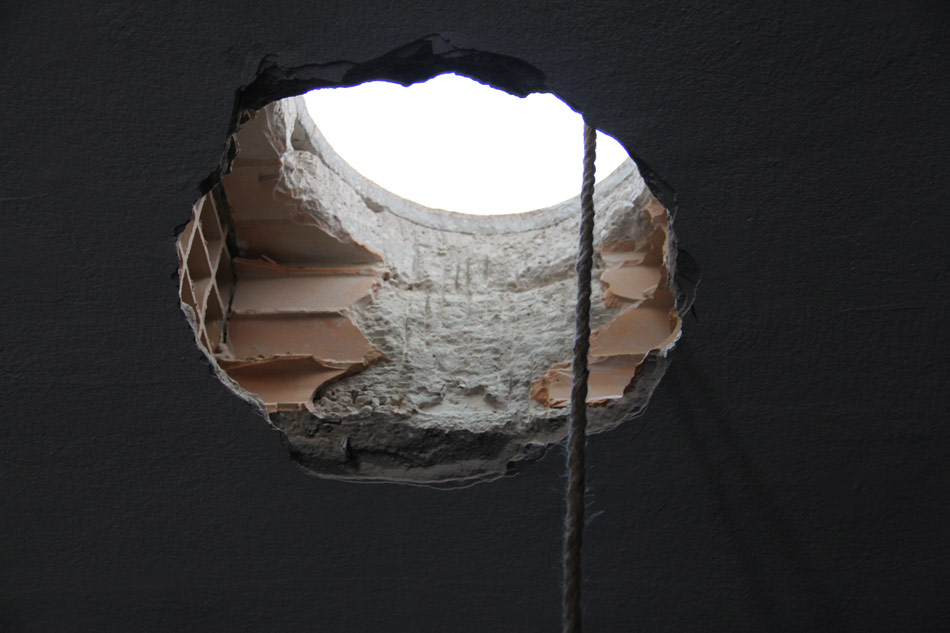 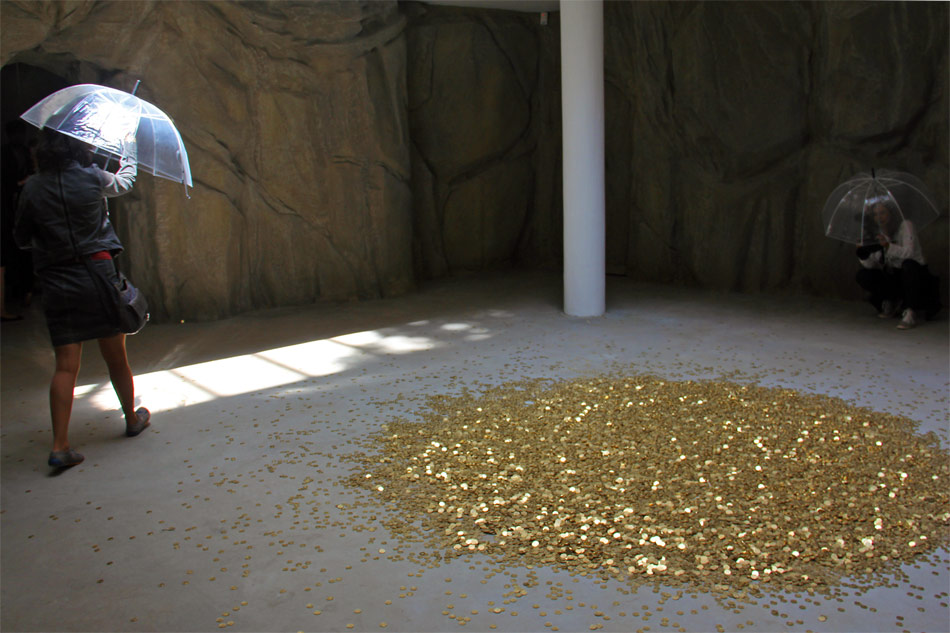 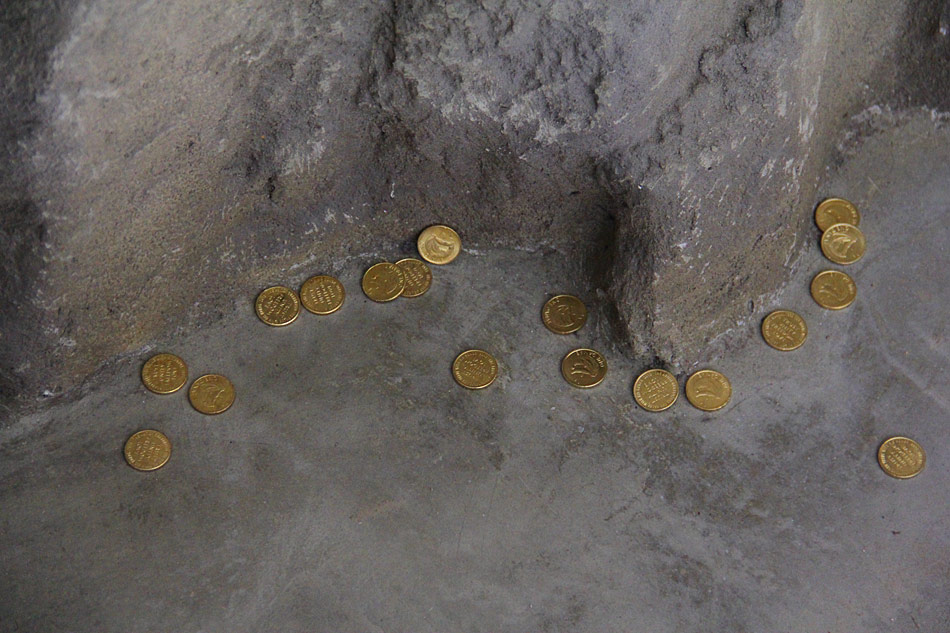 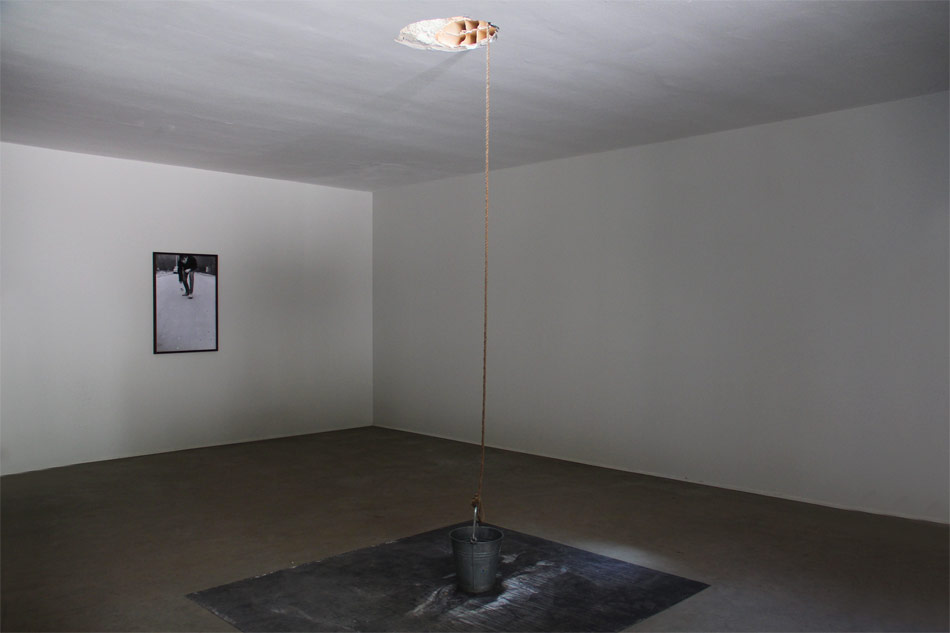 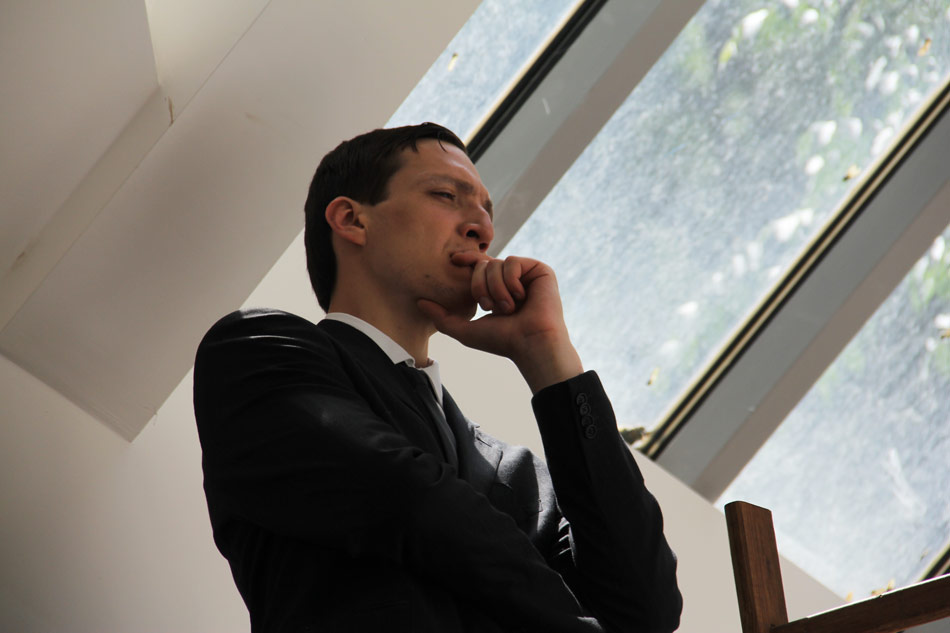 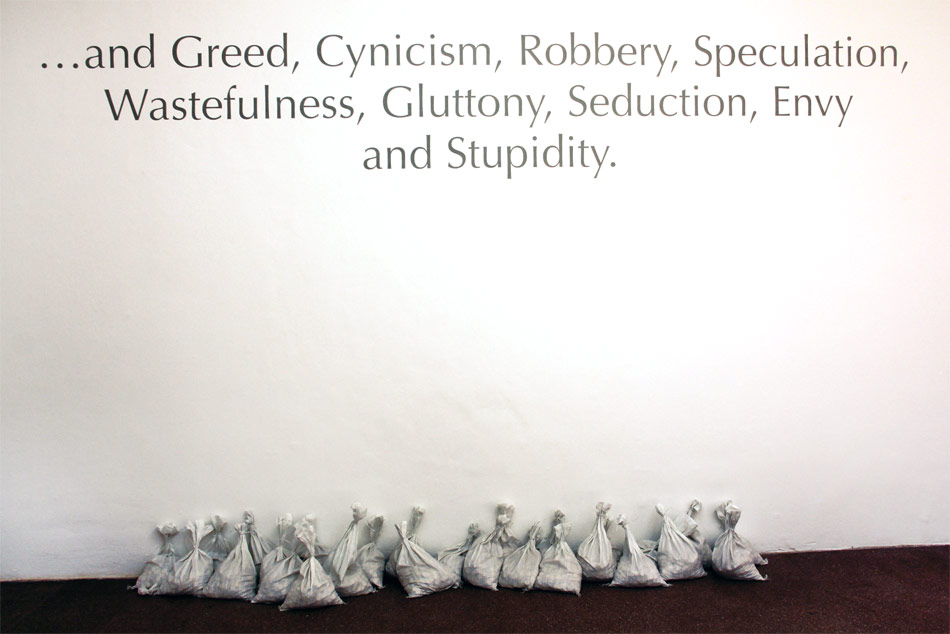 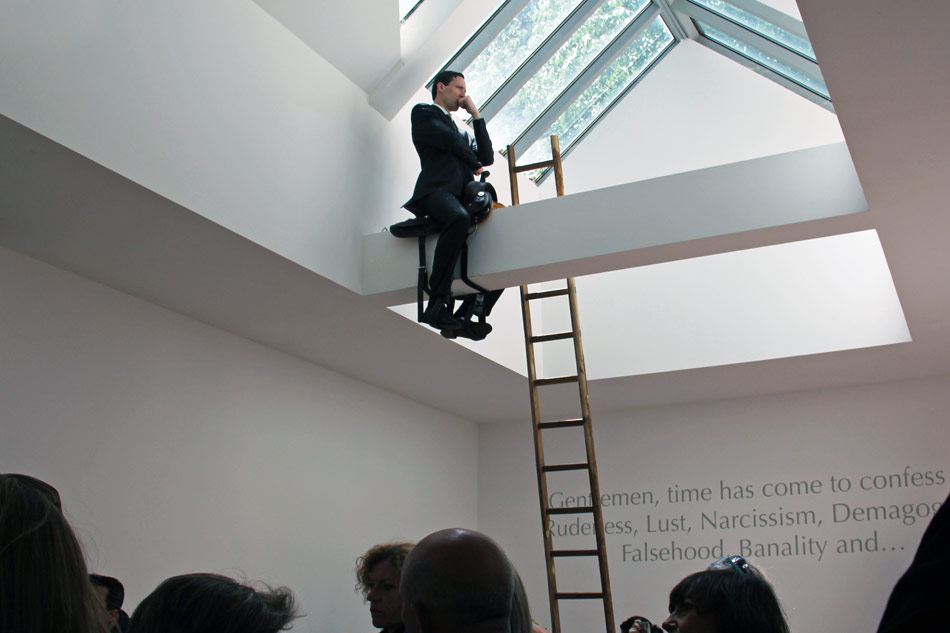